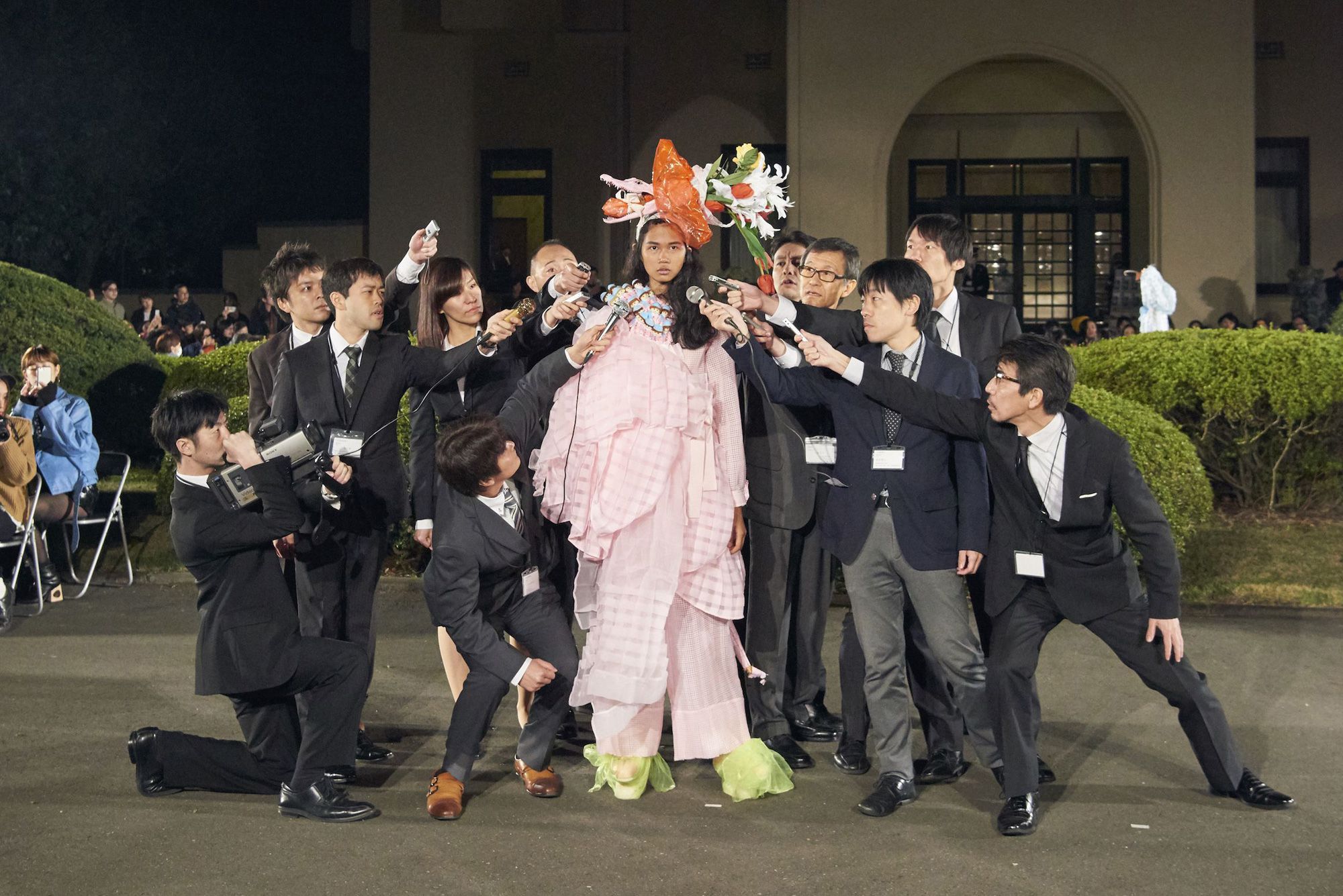 Japan is a fashion market unto its own. Its most famous designers — Yohji Yamamoto, Comme des Garçons and Issey Miyake — known as the big three by most commentators aren’t strangers to the fashion world. These masters have earned their god-like titles by creating a cult following through their progressive clothing styles, thus rendering Japan as one of Asia’s most exciting fashion cities to watch.

Thanks to the trio, a route is paved for other Japanese designers in communicating their language on a global scale. Following their success, exciting Japanese brands such as Jun Takahashi and Sacai are taking over the baton in this fast paced industry.

Conceptual, quality and uniqueness are words synonymous with most Japanese brands. That said, though many of these labels embody such attributes, each one of them are expressed differently. What can the rest of the world expect from Japan and who are the ones to watch? In our list we introduce five under-the-radar Japanese designer brands that you should know.

Style
The underground labels shaking up the Japanese menswear scene

Yoshikazu Yamagata the brainchild behind the Writtenafterwards is probably the most conceptual from the list. Yamagata graduated from Central Saint Martins in 2005. Shortly after, he went on to work for John Galliano as a design assistant before he founded his brand. His reflections on Japanese culture and Japanese aesthetics are often topics that he explores in his creations. Past collections have showcased themes that revolve around religion and war — which are considered taboos in Japan.

Even so, Yamagata’s collections are well-received and add new layers to the Japanese fashion narrative. Despite the many statement looks on his runways, there are pieces from the brand that’s conceptual yet wearable at the same time. In the near future, the brand plans to expand into a more accessible fashion line that balances both concept with wearability — keep your eyes peeled.

Shortly after graduating from the Antwerp Royal Academy of Fine Arts in 2006, Mikio Sakabe launched his own label in Tokyo. Most of his creations are a blend of Japanese subculture elements and western dressmaking styles. Sakabe’s niche clothing pieces promote gender fluidity and celebrates diversity. This style derives from androgynous looking Japanese anime characters that possess genderless body forms.

‘Flatness’ is another aesthetic that some Japanese designers explore. It seems intentional to conceal the gender of the wearer in his clothing pattern — achieving paper like garments. Similarities can be drawn when comparing clothing from his collection with Japanese vintage paper dolls though it translates into three-dimensional pieces in a variety of fabrics such as organza, nylon and gaberdine.

Recently dubbed by Business of Fashion as the next Sacai, Mame Kurogouchi is the next rising star to watch. The Japanese designer from Nagano combines traditional Japanese craft with modern fashion techniques. Kurogouchi founded her label in 2010 and has won various design awards.

Through her clothing, traditional Japanese craft and textiles have gained a renewed demand in our modern society. She works with the artisans of factories from the different prefectures in Japan, each specialised in a particular traditional craft to create her collections. The Mame Kurogouchi label is made for those that would like to wear a piece of Japanese history and craftsmanship on their sleeve.

Anrealage is widely known in Japan as the brand that explores fashion with technology. After the launch of his brand in 2003, designer Kunihiko Morinaga have been exploring innovative ways to present clothing on the human body. His design approach to using the latest innovations is what makes his label interesting to watch. In past collections, we’ve seen him use lights to alter the colours on light reactive fabrics and even made resin buttons with fresh flowers encased in them.

For Anrealage spring 2019 collection, Morinaga collaborated with Mitsui Chemicals (one of Japan’s biggest chemical companies) to create embellishments made out of photochromic material into buttons, studs and other parts that would glow along with the runway lights. The material transits from being completely black under sunlight and reverts into transparency under fluorescent lights.

When Moncler announced that Kei Ninomiya was going to be one of their collaborating designers for its Moncler Genius initiative, we all knew that he’ll be serving up a great collection. Thanks to the collaboration, the Noir by Kei Ninomiya brand shared the limelight on the biggest platform in fashion.

Ninomiya is one of the lucky few that has Comme des Garçons‘ Rei Kawakubo as mentor. That explains his majority black experimental forms and distorted silhouettes. You can expect experimental yet wearable pieces that showcases intricate craft such as laser cutting and ruching of materials which is a signature of the brand.

Noir by Kei Ninomiya (Photo credit: vogue)
Japanese fashion Writtenafterwards Mikio Sakabe Mame Kurogouchi Anrealage Noir by Kei Ninomiya
Josiah Chua
Fashion Director
Josiah is the Fashion Director in charge of styling shoots and writing the fashion pages. On his days off, he locks himself at home designing and sewing up a collection in preparation for his label's runway debut.
Fashion Luxury