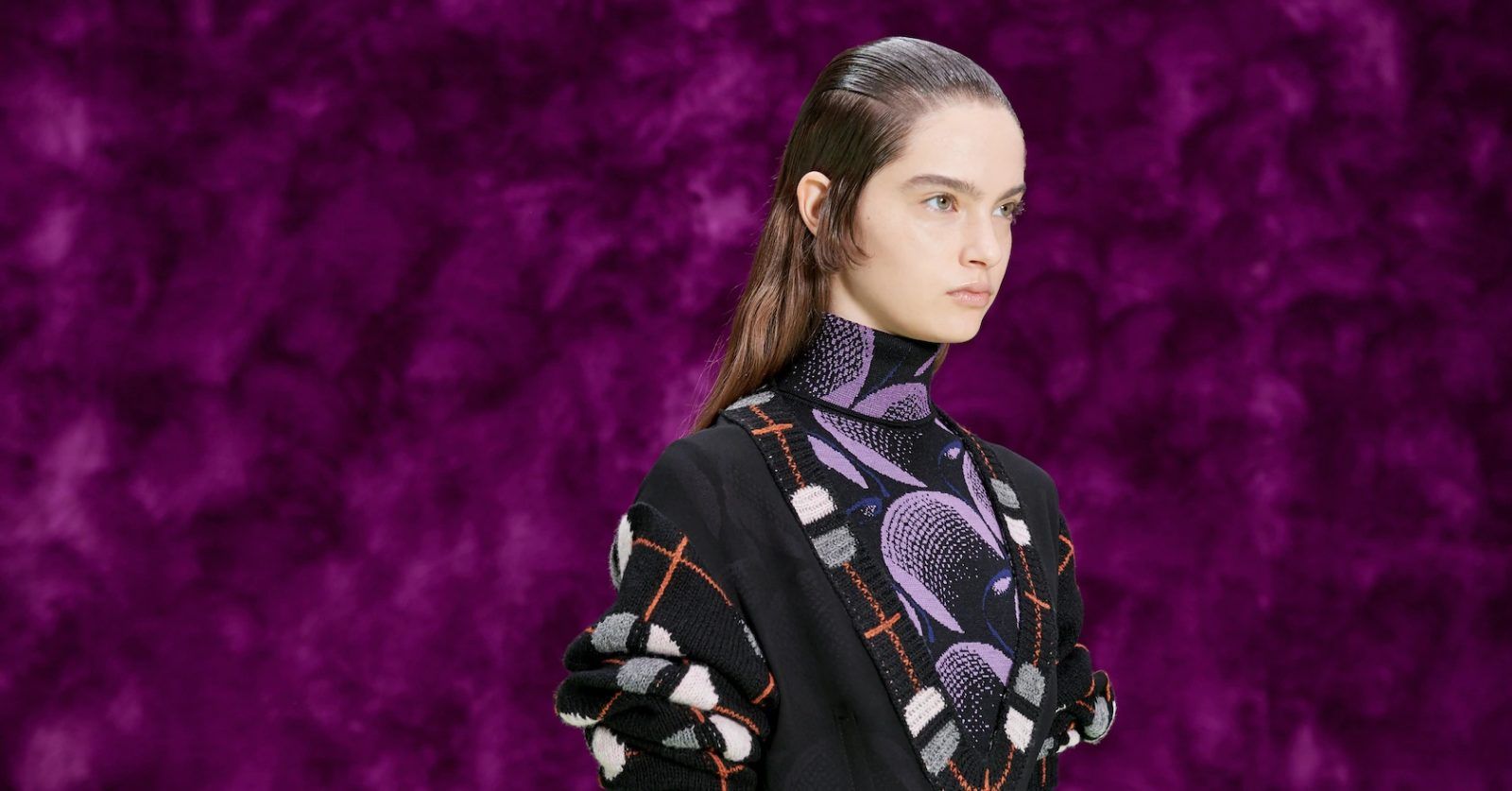 Style
5 fresh ways to wear a sweater, as seen at Milan Fashion Week
Share this article
Next article

Knitwear is to the fall season what florals are to spring, so it’s no surprise that the sweater was spotted all over the shows at Milan Fashion Week.

In recent months, we’ve also seen a feverish obsession for what was once considered a frumpy knit commonly associated with grandmothers. Katie Holmes showed us that a sweater can have sex appeal when she stepped out in a Khaite one with a matching cashmere bra.

You may also like…
Style
The best of Burberry F/W 2021 menswear, from hoofed boots to the new Pocket Bag
Style
Louis Vuitton F/W 2021: 10 must-haves from Virgil Abloh’s new menswear collection

As to how she might wear it, you can get a hint from the style notes we took from the Fall/Winter 2021 shows of Milan. Read on below.

Prada’s new women’s collection echoed its F/W 2021 menswear one in many ways: the patterns, the tactility of the materials, and that striking styling of scrunched up jacket sleeves that reveal sweaters that fit like second skin. The clash of pinstripes and Art Nouveau graphics, as seen above, certainly puts an eccentric spin on the business dress code. For best results, opt for a turtleneck with a distinctive print. Marine Serre’s moon-print ones, favoured by Beyoncé and the Kardashians, are a safe bet.

Wearing the same pattern from head-to-toe is a surefire way to make a statement. It’s the sort of styling trick we would have seen at Gucci, if the Italian brand didn’t opt out of Milan Fashion Week this season. Instead, it was Marni who presented its take with a multicoloured stripe set of a chunky knit sweater and lounge pants. Bella Hadid recently stepped out in a similar ensemble, completing her look with a beaded necklace.

Valentino Shopping Fendi Prada Marni Milan Fashion Week MFW FW21 fall 2021
Pameyla Cambe
Senior Writer
Pameyla Cambe is a fashion and jewellery writer who believes that style and substance shouldn't be mutually exclusive. She makes sense of the world through Gothic novels, horror films and music. Lots of music.
Fashion Style Jewellery
Sign up for our newsletters to have the latest stories delivered straight to your inbox every week.