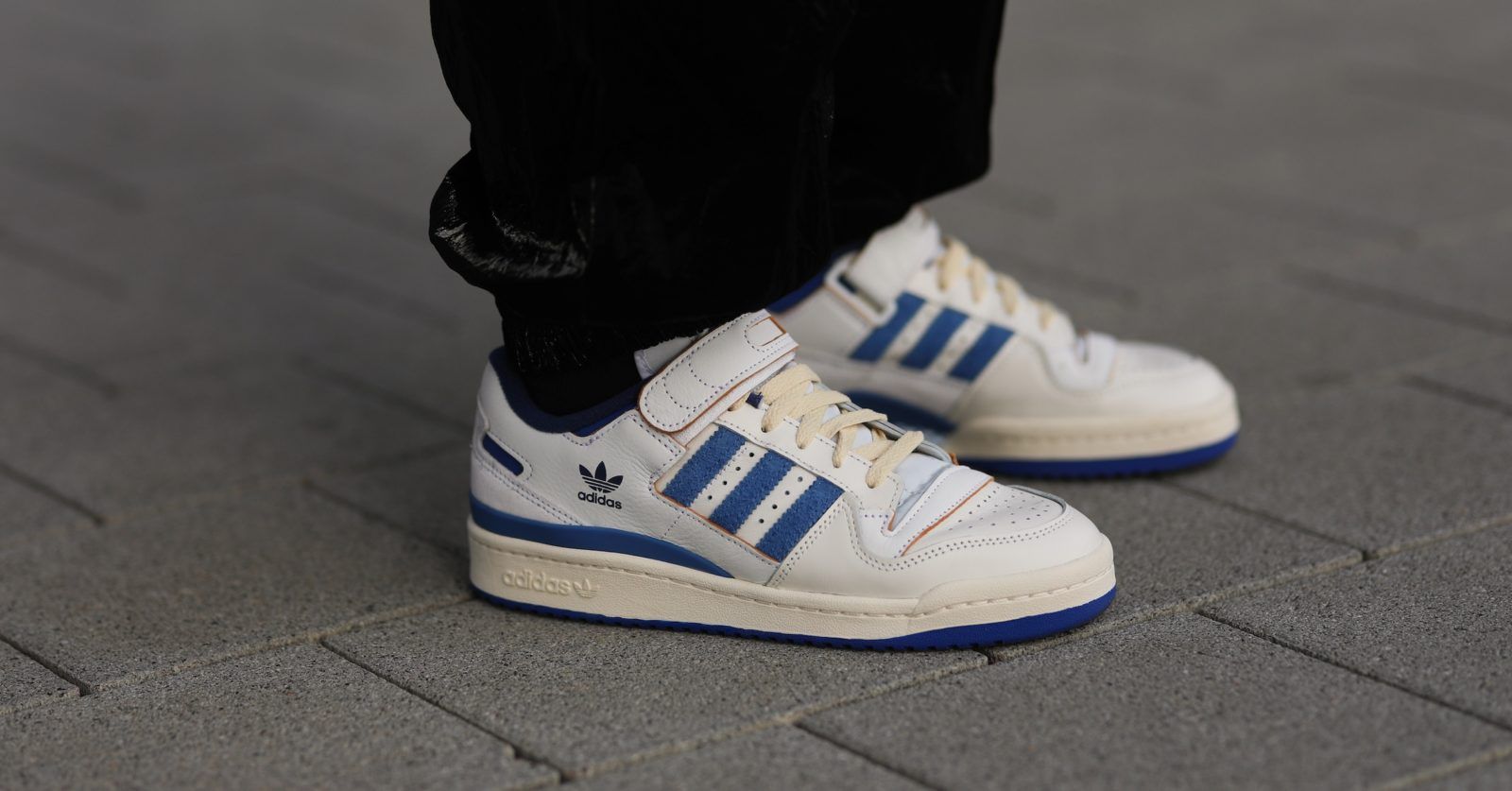 A guide to the Adidas Forum, the basketball sneakers Michael Jordan loved first

Today, shopping for basketball sneakers is a breeze. Nike is always dropping new versions of the Air Jordans. Luxury brands like Louis Vuitton and Celine have offered their own takes on the sporty silhouette. But if anyone should get the credit for making us want to wear such chunky shoes, it’s Adidas.

Believe it or not, the German sportswear brand was way ahead of its American rival in popularising basketball sneakers. It did so with the Adidas Forum, which now counts a diverse fanbase, from rappers like Bad Bunny and ASAP Rocky, to K-Pop stars like Lisa of Blackpink, to supermodels Bella Hadid and Kendall Jenner. The shoes’ most significant endorsement, however, came from a young basketball player called Michael Jordan — before his Nike deal.

Below, get a crash course on the Adidas Forum sneakers that are now making a comeback.

“The next great basketball shoe”

Basketball was big in the ’80s. The courts were not just dominated by NBA legends like Larry Bird and Magic Johnson, but also making room for another one.

At the time, Adidas already had a signature basketball shoe: the Top Ten, which it released in 1979 and put on the feet of the top ten NBA players. But Adidas footwear designer Jacques Chassaing was determined to create an even better pair of shoes for hoopers. He spent months observing the athletes through games and practices. What he came up with was the Adidas Forum.

Despite borrowing elements of other Adidas shoes like the Concord and the Americana, the Forum stood out with its innovative features: the Criss-Cross Ankle System, which prevented foot injuries, as well as the patented Dellinger Web, a nylon netting around the midsole that designed to absorb any kind of shock. The shoes also looked luxurious, thanks to their leather uppers and leather straps.

When Adidas launched the Forum in 1984, the sportswear brand ambitiously called it “the next great basketball shoe”, or simply “the shoe of the 80’s”.

Here’s another label that the Forum earned upon release: the most expensive basketball shoe in history. Adidas priced them at US$100 a pair which, at the time, was unthinkable for sneakers. (Fun fact: The price tag would later inspire fashion designer Jeremy Scott’s take on the Adidas Forum in 2003, which he dubbed “Money”. Scott gave the shoes a pair of wings and covered them in a print of American hundred dollar bills.)

Despite its price, footwear fans still clamoured for the Forum, especially after it received a very public stamp of approval from Michael Jordan. During basketball trials for the 1984 Los Angeles Olympics, which featured the first Olympic basketball competition held in the US, Jordan sported the Forums and showed off his athletic prowess.

Of course, this was before the 21-year-old basketball star signed a deal with Nike, who would create the iconic Air Jordan sneakers for him. It’s worth noting, though, that Jordan would continue wearing Adidas kicks on the court throughout his sporting career.

As for the Forum, Adidas would eventually unveil low and mid-top versions of the sneakers to meet the growing demand for them. Over the years, the hype for them would die down, with other Adidas styles like the Samba and the Superstar taking precedence.

The return of the Adidas Forum

In 2020, Adidas revived its revolutionary basketball shoes under its Adidas Originals line — and with perfect timing. Sneakerheads have already been worn out with Air Jordan fatigue, what with the vast number of new styles that Nike has released and hyped up over the last few years. For collectors, the Forum is appealing for its own historical and cultural significance. And for casual sneaker fans, the shoes are a refreshing and stylish alternative to what everyone else is wearing.

It sure helps that the Adidas Forum has been in the spotlight a lot in 2021. Adidas re-released the “Money” pair that Jeremy Scott designed. The Forums are also the centre of several collaborations, including an upcoming one inspired by the ’90s Christmas classic, Home Alone, and another to mark Xbox’ 20th anniversary.

Still, no collaborator has done more to introduce the Forum to a new generation of sneakerheads than Bad Bunny. The Puerto Rican rapper teamed up with Adidas to design new styles that came with buckles and his signature eye logo. They were offered in attractive colourways, too, like pink, black, and coffee browns. Distinctive looks aside, what sealed the popularity of these new Forums is Bad Bunny’s massive fanbase: a video of the rapper unboxing a pair earned over 15 million views on Instagram.

The Adidas Forum can only get bigger from here. As an ambassador for the shoes, Blackpink member Lisa has been promoting them in original colourways to millions of K-Pop fans. And photos have surfaced of ASAP Rocky wearing an unreleased pair, presumably made in collaboration with Prada. We can expect those, and plenty more Forums, to dominate 2022. 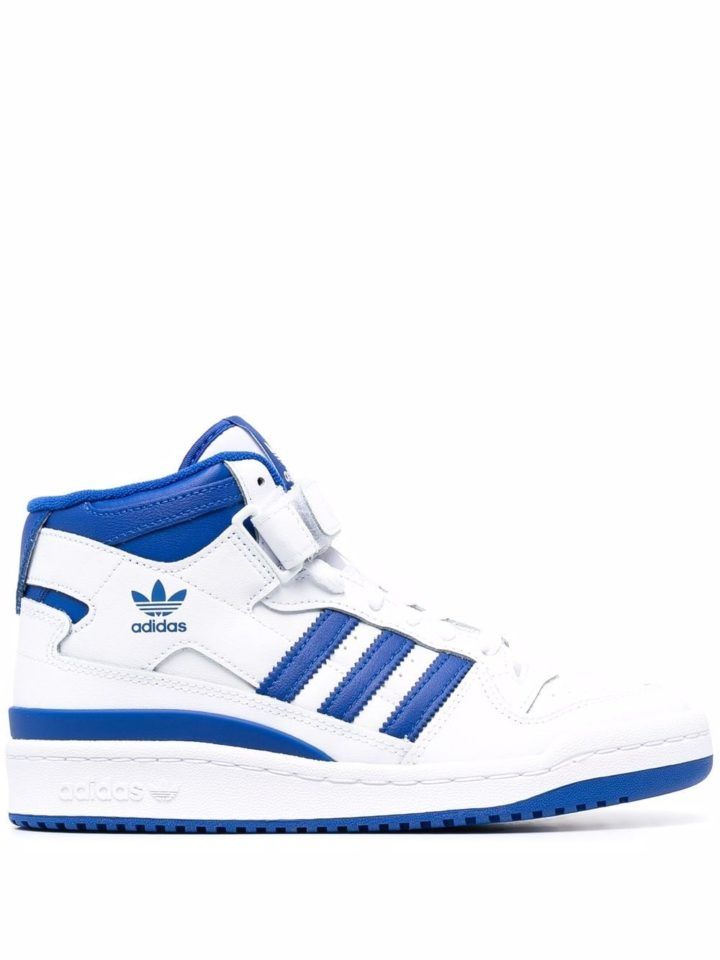 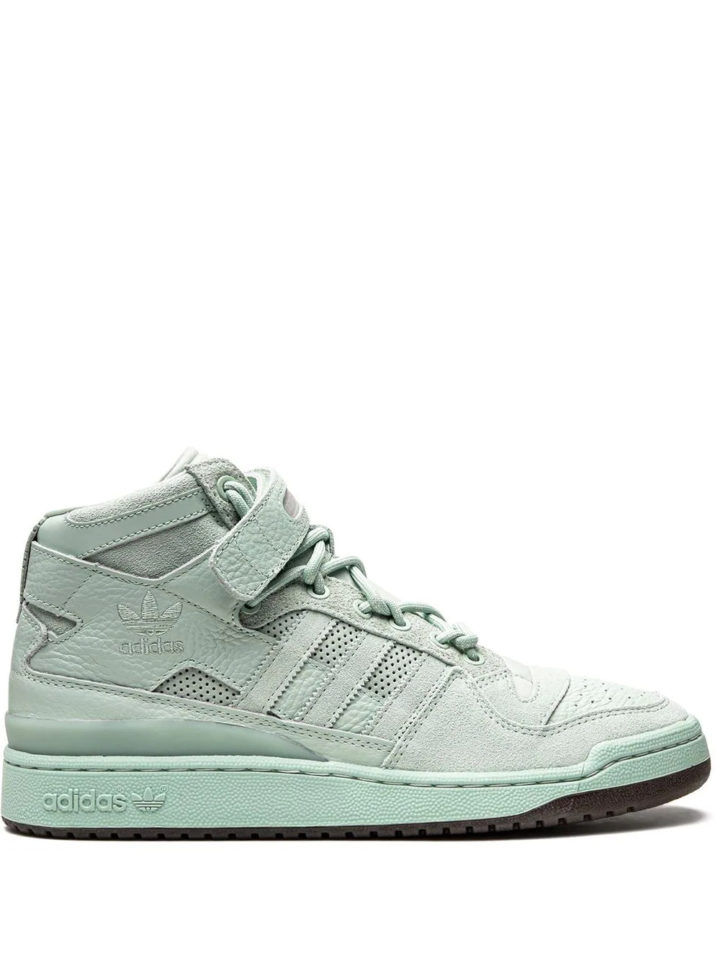 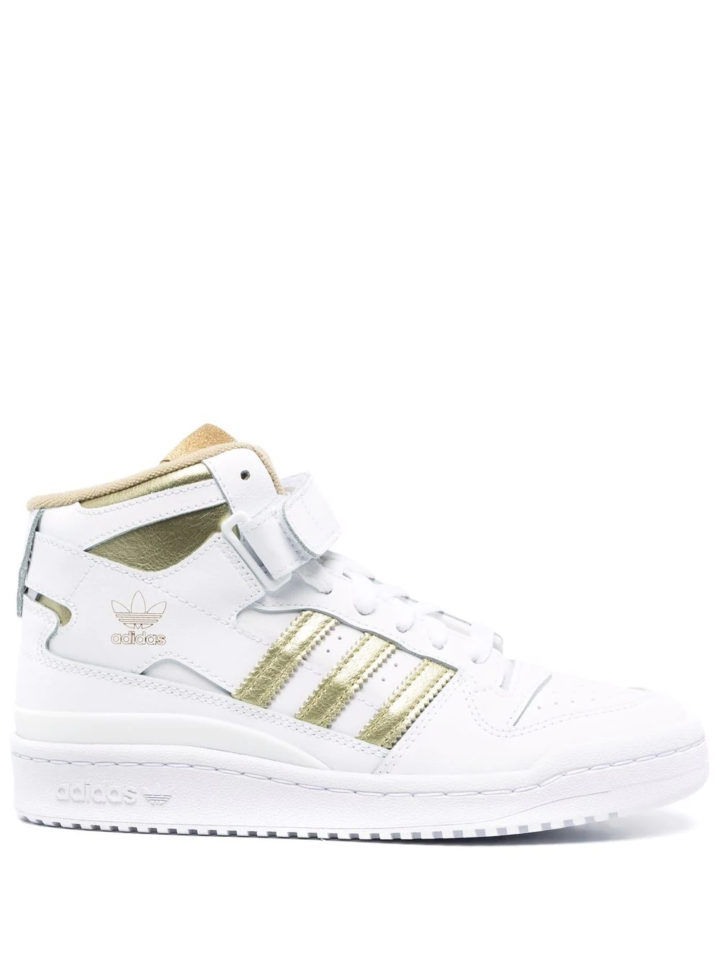 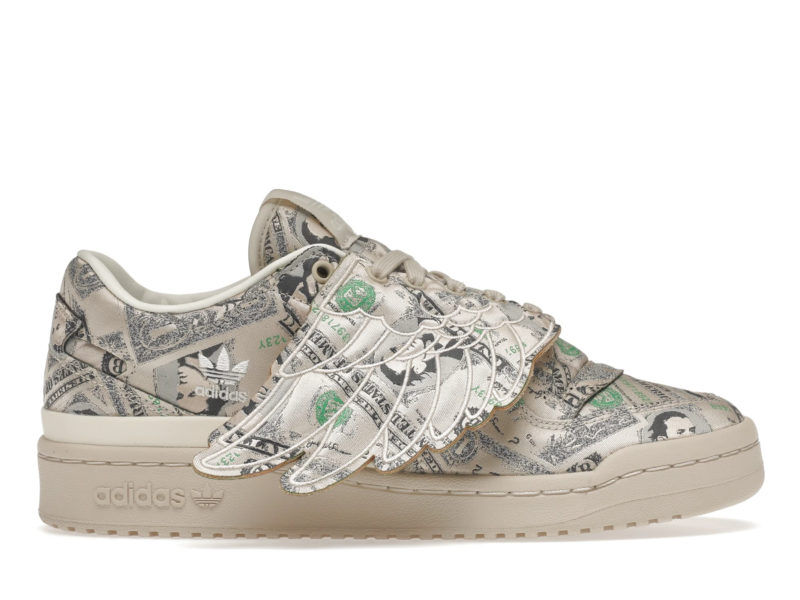 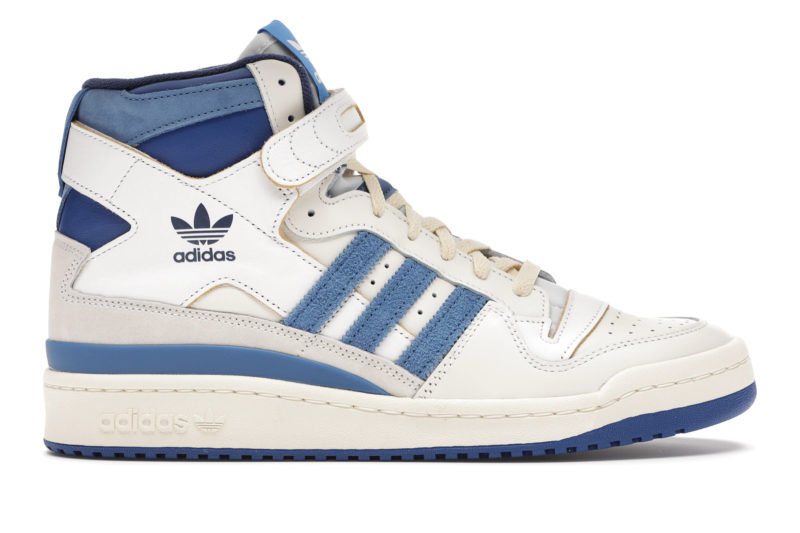 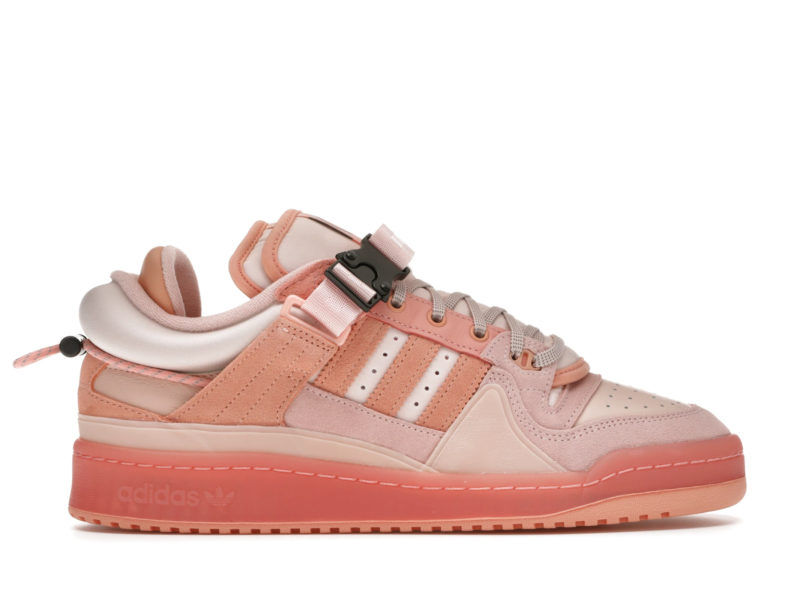