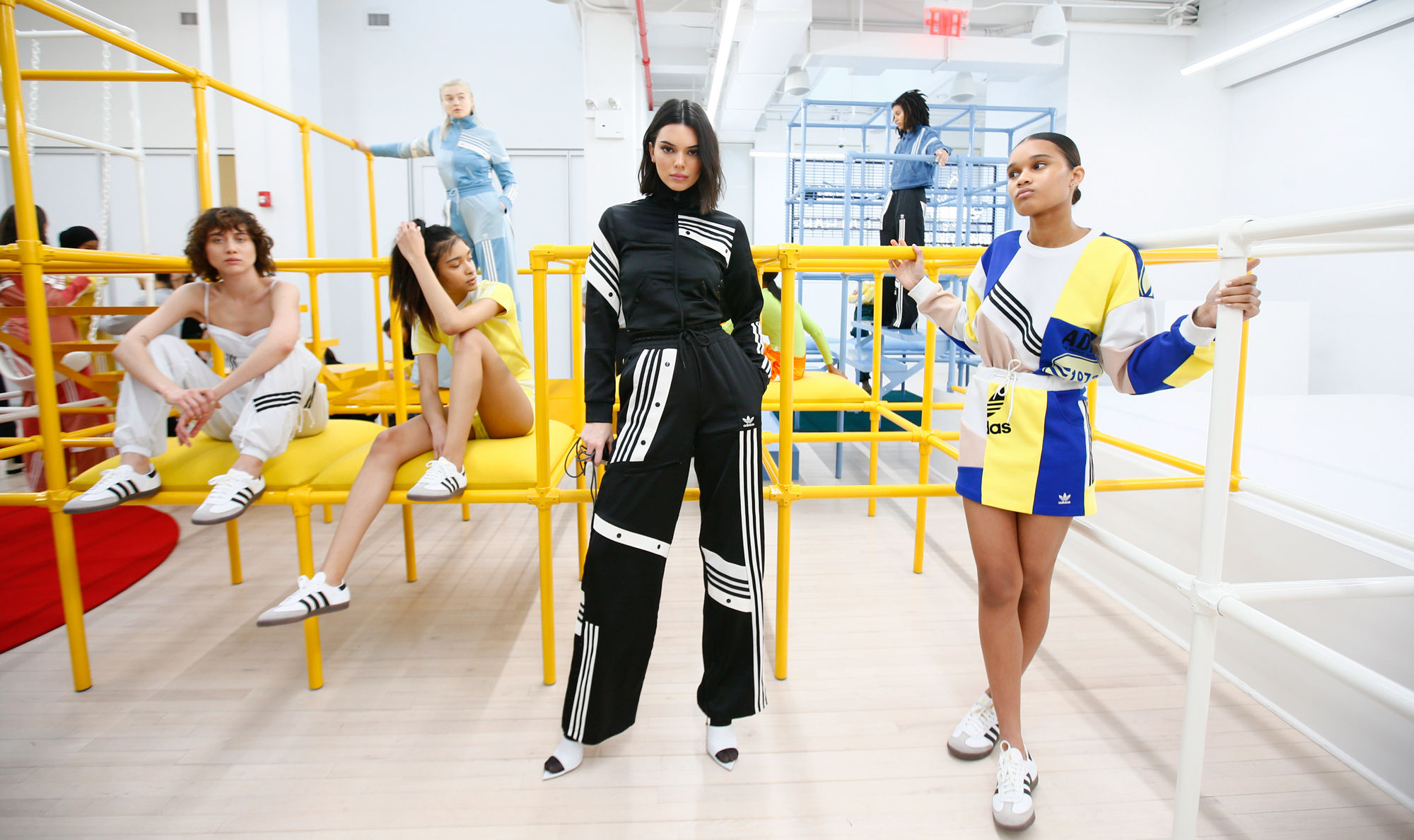 This remix of ’90s Adidas staples is launching in Singapore

Amsterdam-based designer Daniëlle Cathari is 23. Her muse and client, Kendall Jenner, is around the same age. Then again, Cathari’s nascent eponymous line is made by a millennial for millennials.

The Dutch creative only debuted her label at last year’s VFILES presentation, developing the first collection from her graduation project, which had vintage Adidas tracksuits deconstructed then rejoined. It found its way to the giant sports brand’s radar and, long story short, Cathari was roped in for an official collaboration.

The result is the Adidas Originals by Daniëlle Cathari line, unveiled at NYFW last February in an indoor jungle gym. Jenner and Hailey Baldwin were there in attendance modelling, and in Jenner’s case, taking old-school film photos of the reimagined classic Adidas pieces.

In Cathari’s cut-and-paste oeuvre, the gender-neutrality of traditional tracksuits are negated with the feminine coy appeal of high-cut bodysuits and cropped bustiers. She mentioned the likes of TLC and Jenner as her inspiration, playing with the idea of matching co-ords and the audacious post-Instagram way of dressing.

Jackets, skirts and sweatshirts — all bearing the signature three stripes, either slashed, diagonal or sideways — are done in a confection of patchworks of Yves Klein blues and citrus yellows, resurrected from archival sweaters.

While the smash-hit first drop didn’t land in Singapore, good news for the Adidas junkies here: The second one is scheduled to launch in Singapore. You read that right. Now pencil in 5 May into your calendars, this one’s bound to blow up.

The second set of Adidas Originals by Daniëlle Cathari is dropping on 5 May exclusively at Adidas Originals Pacific Plaza. Price ranges from S$90 for a bralette to S$200 for a track jacket.

Adidas Originals Adidas Athleisure Fashion Collaboration Adidas Originals by Daniëlle Cathari
Bianca Husodo
Sign up for our newsletters to have the latest stories delivered straight to your inbox every week.