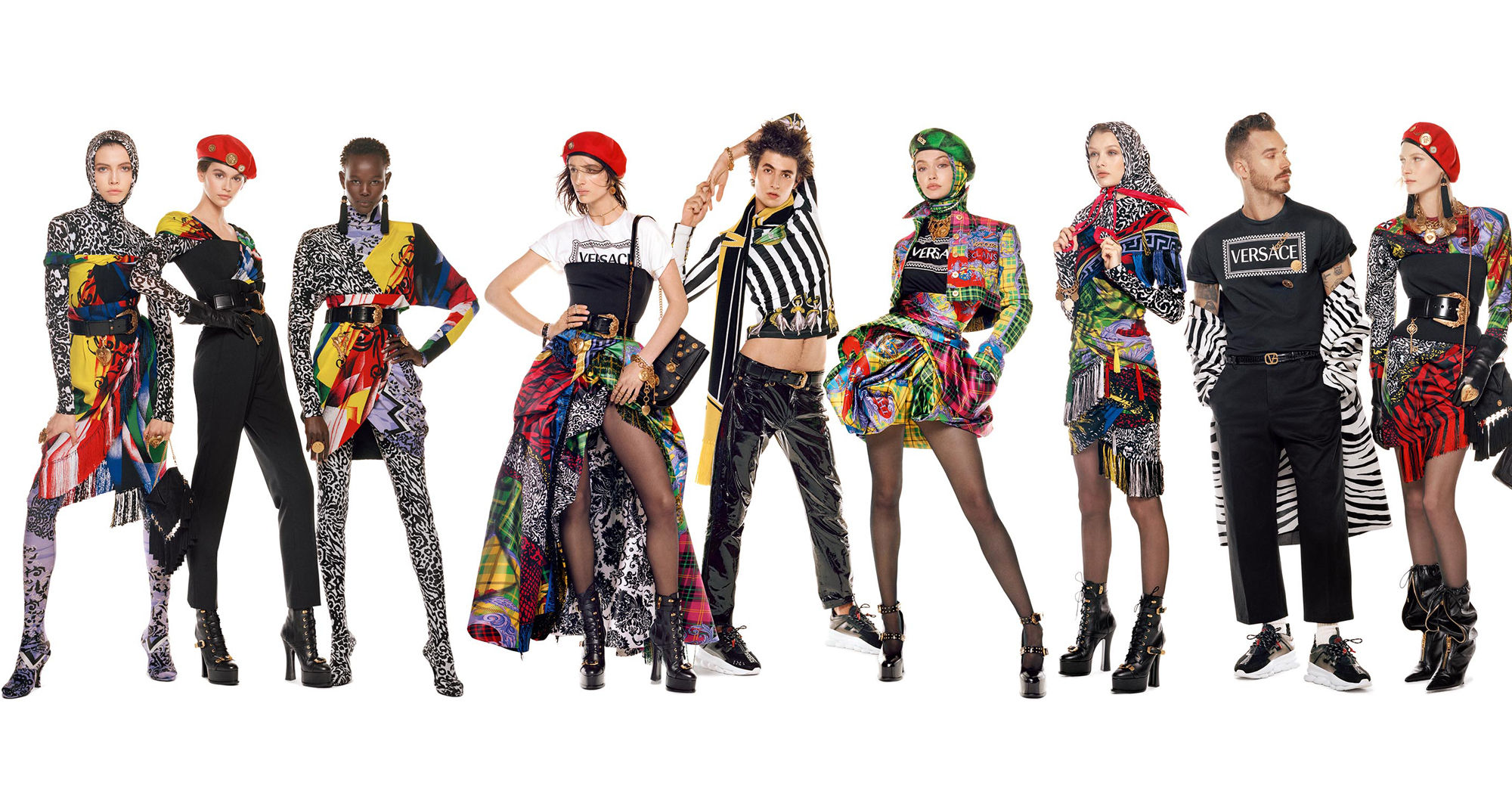 Two of the world’s biggest sporting tournaments, Wimbledon and the FIFA World Cup, held their finals last weekend. Monumental as they were, the fashion crowd couldn’t help but catch the sporting bug too. In London, new mother Serena Williams lost the trophy to German ace Angelique Kerber, much to the chagrin of fervent supporter Anna Wintour. While over in Moscow, Haider Ackermann, Tilda Swinton and LVMH’s Arnault family rooted for France’s triumph, displaying their support via their sartorial inclinations.

Of course, that wasn’t all there was to this week’s fashion. From Versace’s record-breaking campaign to a revisitation of #Beychella, here’s everything you shouldn’t miss this week, as seen on Instagram.

Albeit not bringing home what would supposedly be her 24th Grand Slam win, it was clear from Serena Williams’ box — which seated the likes of F1 racer Lewis Hamilton, golfer Tiger Woods and Vogue editor-in-chief Anna Wintour who came in her signature sleek bob, XL shades and floral dress combo — that she was the people’s choice.

Russian supermodel Natalia Vodianova made an appearance at the World Cup’s closing game to present the battled-over golden trophy. In sync with the gleaming cup encased in a custom Louis Vuitton trunk, Vodianova donned a futuristic gold and silver sequinned dress, also designed by the French maison, topped off with Chopard jewels.

Meanwhile, Haider Ackermann along with friend and actress Tilda Swinton made a case for championing the ordinary-seeming football jersey, whilst deeming “blue is the warmest colour” in support of championing team France, who beat Croatia yesterday. Team spirit is the order of the week.

Versace has the longest group shot ever for a campaign

54. That’s the number of models — including Kaia Gerber to the Hadid sisters — that are in Versace’s latest group shot campaign for the Fall 2018 season. As Donatella Versace sums it in her caption, “You know less is always a bore.”

In a continued push towards inclusivity, the image shot by renowned photographer Steven Meisel is “a true representation of clans that embody everything Versace stands for — diversity expressed together with innovation in the fearless representation of what it means to be daring”, according to its official press release.

Stranger Things darling Millie Bobby Brown, Star Wars newbie John Boyega, Olympic fencer Bebe Vio, cosmonaut Walter Willadei and model-cum-activist Liya Kebede are amongst the stellar and diverse cast Moncler enlisted for its new Beyond campaign. Filmed entirely in black-and-white, the Craig McDean-directed video series see the crew sport a series of padded puffers and gilets from designer Remo Ruffini’s Fall 2018 offering, all the while discussing what “beyond” means to them personally. Above, click play to watch Bobby Brown’s.

Balmain x Beyoncé serves another round of #Beychella

Relive this year’s most stage-tearing moment where Beyoncé performed beyond anyone’s logical expectations at this year’s Coachella via Balmain’s capsule collection featuring tees and hoodies made in collaboration with Queen Bey herself. Proceeds from the line will be donated to the United Negro College Fun. Available online now.