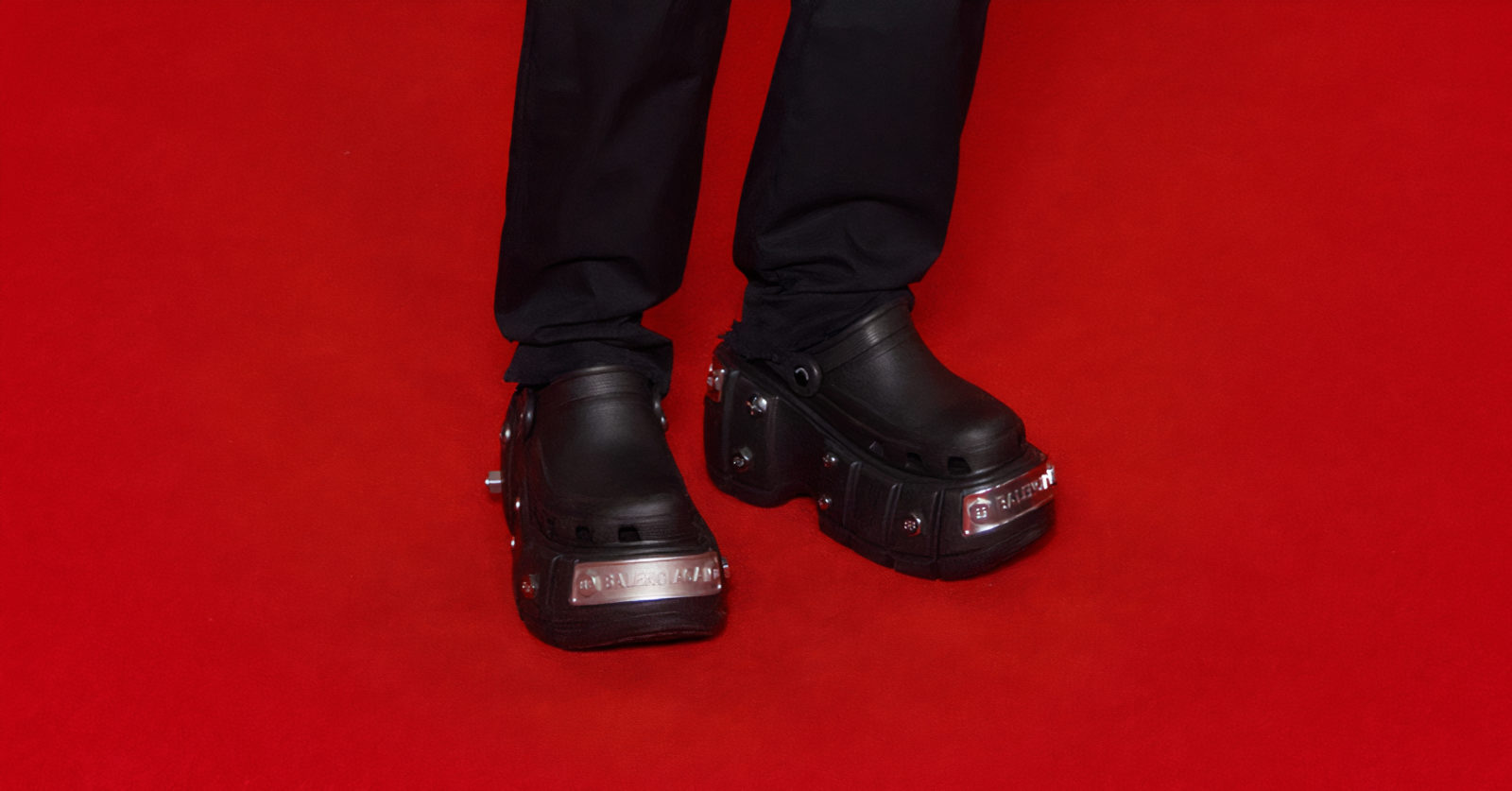 The Crocs craze isn’t going anywhere soon, and Balenciaga pretty much confirmed it for its Spring/Summer 2022 fashion show.

Well, it was actually more of a red carpet event than a runway: models and celebrities made their grand entrance outside the Théâtre du Châtelet in Paris dressed in the new Balenciaga ensembles, feverishly captured by the paparazzi. It was all very reminiscent of the 2021 Met Gala, for which the French luxury brand dressed countless stars, including Kim Kardashian.

All this hoo-ha was for the premiere of a special Balenciaga-themed episode of The Simpsons — yes, the American satirical cartoon series featuring yellow-hued characters like Homer and Marge.

The comical episode may have distracted from the actual clothes, or in this case, the Crocs: actor Elliot Page walked Balenciaga’s red carpet in a pair of black, chunky-soled rubber sandals embellished with metallic silver rivets and a Balenciaga nameplate on the front.

The new shoes are a far cry from the monstrous green stiletto-boots hybrid that the French luxury brand unveiled earlier this year, or the viral bubblegum pink platforms that were part of its first-ever Crocs collaboration back in 2017. This season, Gvasalia has made the Crocs a lot easier to walk in, and much more wearable as far as Balenciaga’s meme-worthy shoes go.

Take a look at the new shoes below. Who knows? You might finally become a Crocs convert.