Home > Style > Fashion > Everybody wants this Balenciaga bag right now, according to Lyst 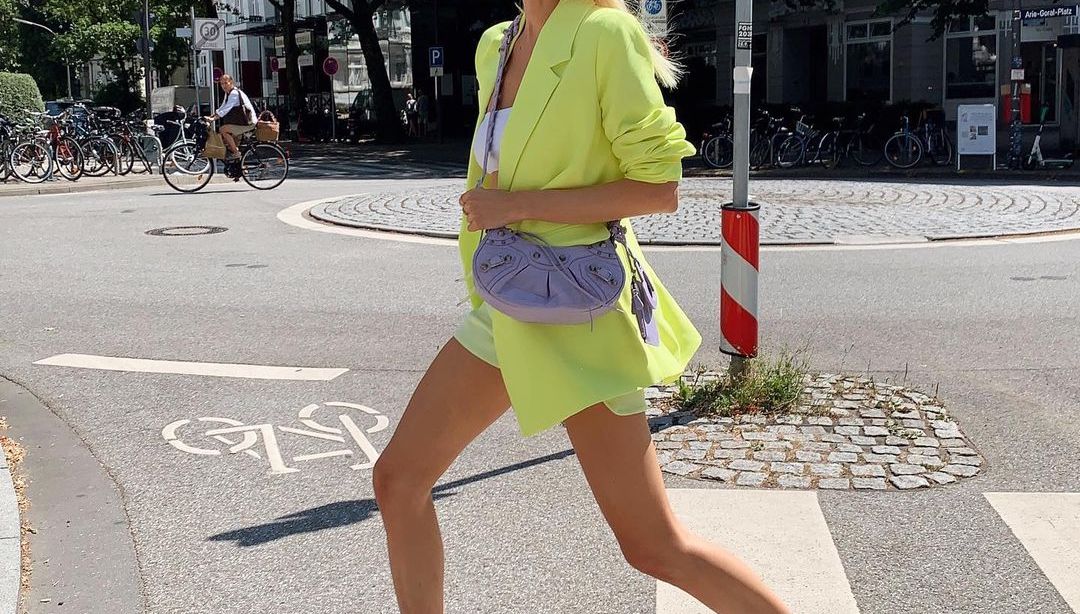 Style
Everybody wants this Balenciaga bag right now, according to Lyst
Share this article
Next article

2021 is truly shaping up to be the year of Balenciaga.

In July, the French luxury brand thrilled the fashion industry with its first haute couture collection in 53 years. It stole the show at the Met Gala red carpet in September, dressing celebrities like Rihanna and Kim Kardashian, whose meme-worthy outfit went viral on social media. And we haven’t even gotten to the collaborations yet: there was Balenciaga x Gucci, Balenciaga x Fortnite, Balenciaga x Crocs, and heck, even Balenciaga x The Simpsons.

All of which should prepare you for the news that Balenciaga is now the hottest fashion brand in the world, according to Lyst. The global fashion shopping platform has just released its ranking of fashion brands and products, which takes into account global sales, social media and search data over the last three months.

While the year began with Gucci at the top spot, and Balenciaga at 6th place, the latter brand, also owned by luxury conglomerate Kering, has moved up considerably to dominate the list. Gucci now ranks second, followed by Dior, Prada and Louis Vuitton.

For the most part, Balenciaga has Kim Kardashian to thank: the beauty mogul’s Met Gala look led to a 505 per cent jump in searches for the brand, and her involvement with Kanye West’s Donda album release party cast an even bigger spotlight on its haute couture wedding gown. The brand also recently dressed Kardashian for her SNL episode, which attracted some 7.3 million viewers.

The Balenciaga bag that everyone wants

Balenciaga’s success can also be credited to its Le Cagole bag, which launched earlier this year. Inspired by the 2000s, as well as the Balenciaga City bag that was a must-have of that decade, the shoulder hobo bag is made of soft, slouchy leather and features studs, braided straps and a heart-shaped mirror charm. Aptly, its name, “Le Cagole”, refers to someone who believes that “more is more”. That was very much the spirit of the 2000s, whose outrageous fashion trends have made a comeback this year.

It’s little wonder why the Balenciaga Le Cagole bag is one of the most sought-after luxury bags right now, second only to the Prada raffia tote bag that was a favourite among influencers this summer. The unisex Telfar Shopping Bag, which was the most-wanted accessory of 2020, also proved to be the most popular bag for men.

If those accessories are still missing from your wardrobe, you might want to fix that ASAP. Below, shop the most-wanted bags of the moment.

The Le Cagole bag comes in four sizes and an array of colours, but for obvious reasons, this is the best-selling style that has won over fashion influencers like Chiara Ferragni. 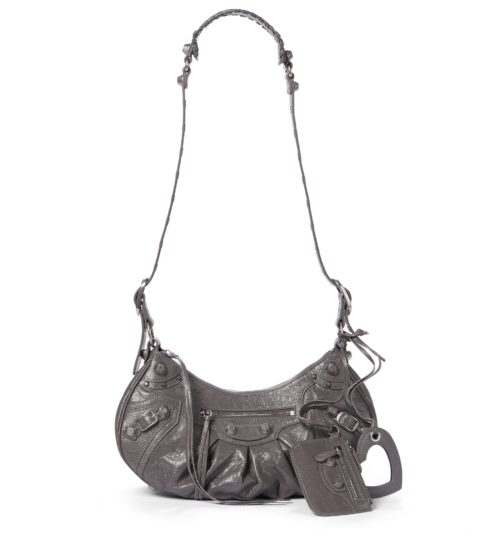 This shade of grey is yet another colour that was popular in the noughties, and is much more easier to style with your everyday outfits. 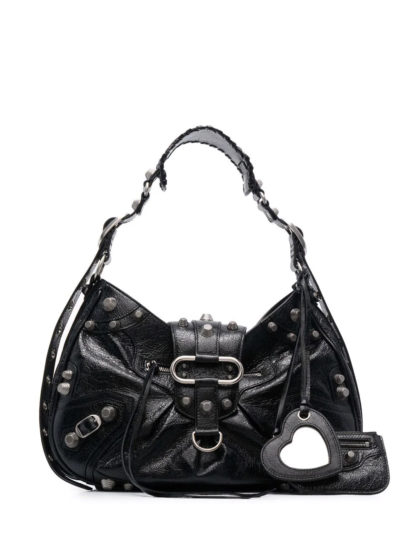 Fastened by a foldover strap, this medium-sized Le Cagole is crafted from black leather that best shows off the bag’s edgy hardware. 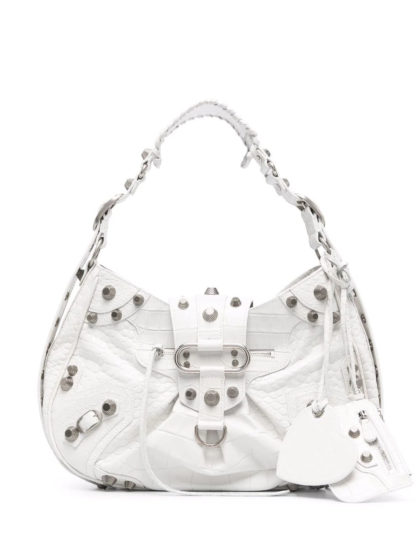 Sure, it comes in white, but this bag can hardly be considered minimalist. It’s heavy on the hardware, and if you look closer, you’ll see that its leather façade also features a croc-embossed. 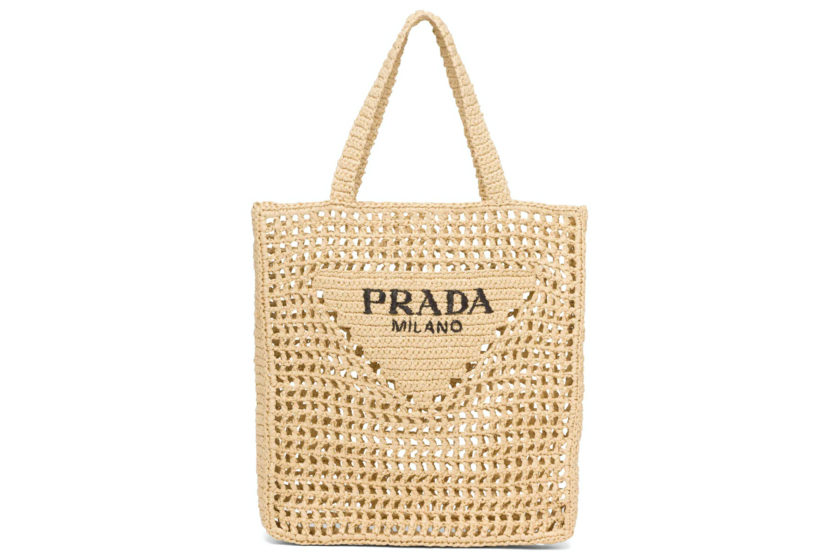 Who knew a beach bag could leave everyone obsessed? Take notes from Hailey Bieber on how to style this beloved Prada tote when you’re out and about in the city. 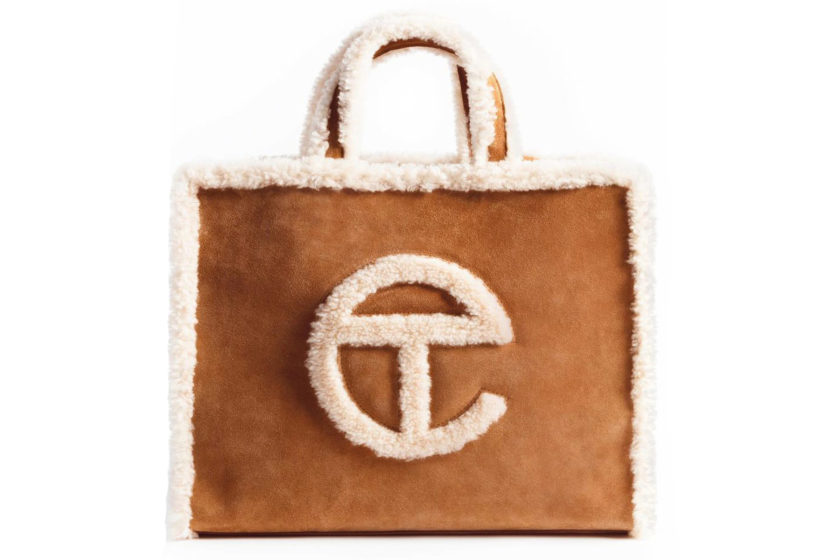 Telfar’s boxy bags are known for selling out mere minutes after their release, which was also the case for this shearling-lined Shopping Bag made in collaboration with UGG. Luckily, it’s now offered on a resale site for your convenience.