Late in December last year, Balenciaga announced that it would be going co-ed from the upcoming women’s show in March. It joins the likes of Gucci and Burberry, which have combined their menswear and womenswear offerings into one runway presentation.

The new order is put to an early test. Come 22 January, the Parisian house is set to drop a special women’s and men’s collection digitally via Net-a-Porter and Mr Porter. The pieces include ready-to-wear, bags, jewellery and accessories from the Spring 2018 collection in colourways and prints exclusive to the e-tailers.

The house’s signature Pantashoe — a hybrid of pants and shoes, hence the name — is reintroduced in a special cobalt blue shade with a metal chain print. Accessories include quilted aluminium bags with chain straps, the cult Knife bootie, and the Speed sneakers in a grey colourway. In case you’re wondering, nope, the divisive Crocs platforms that both enthralled and enraged the fashion sphere aren’t included here.

As for the gents, recall the paternal collection presented half a year ago. Actual father figures and kids treaded the dirt runway of a leafy park in Paris, donning looks which Gvasalia interpreted as what office dads would wear on Sundays. Mr Porter’s 34-piece collection ranges from outerwear to hoodies embroidered with the new and logomania-friendly BB Mode logo.

The item that’s probably bound to sell out within minutes will be the one-off Triple S sneaker accented in electric green. Another one that looks poised to be equally popular is the hypebeast-favourite Speed sock sneaker, which comes in two colours with a discreet BB detailing.

Also noteworthy is the capsule collection’s digital campaign. Shot by Balenciaga collaborators Johnny Dufort and Lotta Volkova, it was taken within the headquarters of Net-a-Porter and Mr Porter. The models? The companies’ own staff and members. 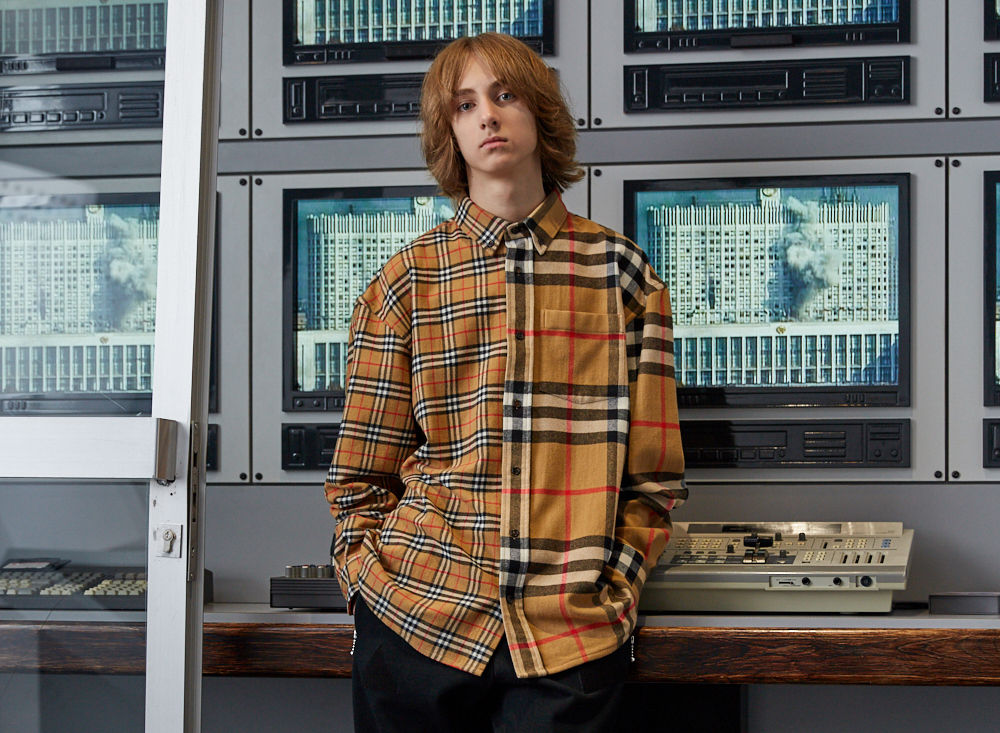