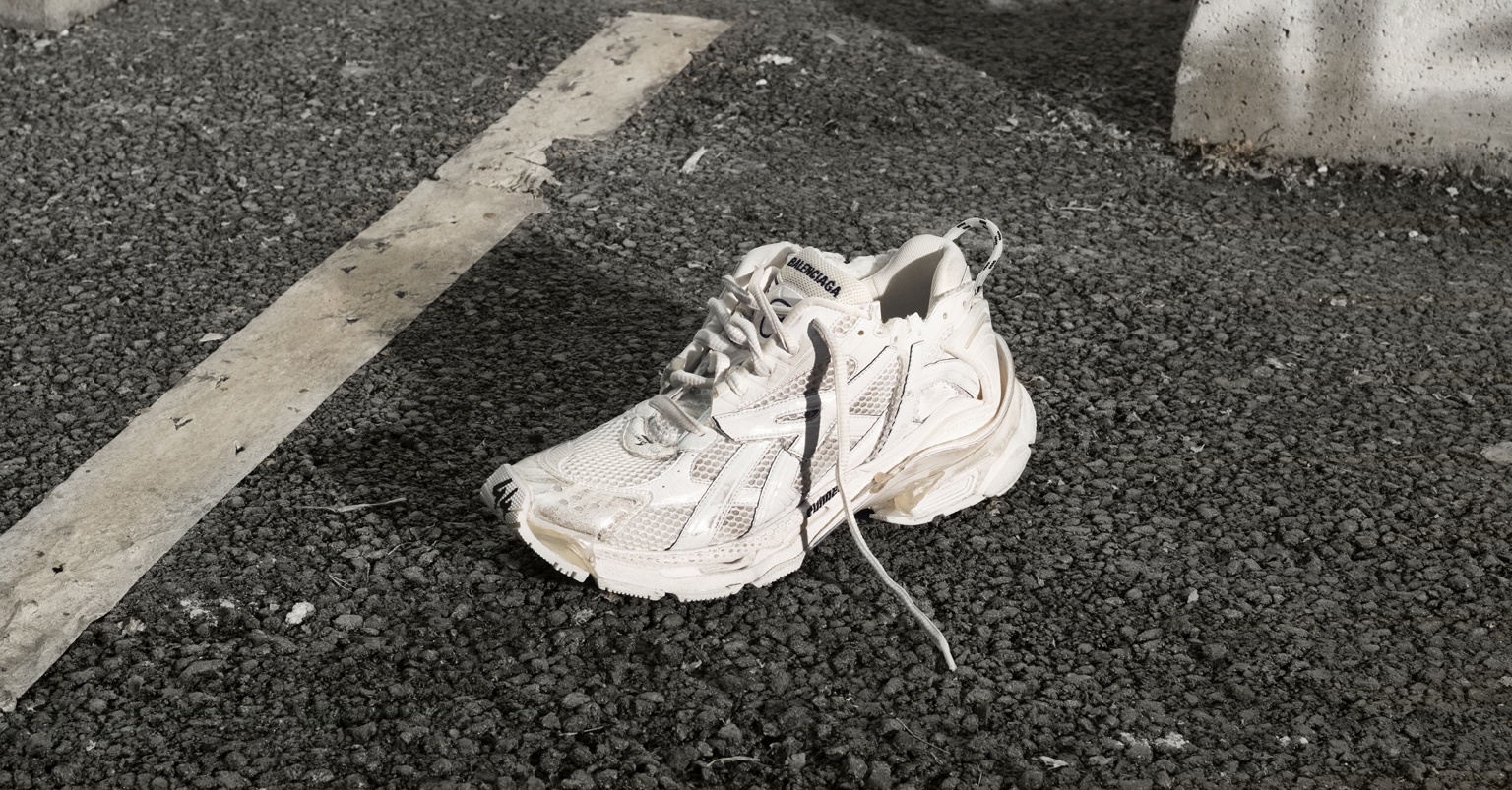 Style
The Balenciaga Runner sneakers, as seen on Justin Bieber, are finally here
Share this article
Next article

It’s time to add a new pair to your sneaker rotation — the Balenciaga Runner shoes are here.

They’re the latest sneakers to be offered up by the French luxury fashion brand, which gave us footwear favourites like the Triple S, the Track and the Speed styles.

You may also like…
Style
Nike x Off-White are dropping their hottest sneakers of 2021 — here’s how to get them
Style
Tired of your Air Jordans? Celine has a new pair of basketball sneakers to try

As the name suggests, the Runner sneakers are an ode to the running shoes of the ’90s and the ’00s. They’re made with a DIY, cut-and-paste approach that has come to be associated with Balenciaga’s creative director, Demna Gvasalia. That’s why you’ll find design details like raw edges, glue marks and visible seams all along the shoes. (Eagle-eyed sneakerheads might even notice a resemblance between the Runner and the iconic ASICS Gel-Kayano 5.)

Despite their clunky appearance, the sneakers remain lightweight thanks to their leather-free design. Instead, they’re made with mesh and nylon, with the latter material giving the shoes their distinctive sheen. As far as variations go, Balenciaga is currently offering the Runner in three colours: White, Black and Burgundy.

That last colourway was seen on Justin Bieber, who starred in Balenciaga’s latest campaign alongside French actress Isabelle Huppert. The singer wore the sneakers with an oversized leather bomber jacket as well as the Neo Classic bag, a riff on the 2000s cult-favourite Balenciaga Motorcycle bag.

Bieber certainly won’t be the last celebrity you’ll see in the new Balenciaga Runner kicks. In fact, we’re betting that the shoes will soon overshadow the popularity of the era-defining Triple S sneakers, which sparked the sneaker craze in the world of luxury fashion when they were first launched in 2017.

Trust us: in 2021, you don’t want to be seen without the Balenciaga Runner sneakers. You can shop them in all three colourways now at Balenciaga boutiques in Marina Bay Sands and Paragon. Or you can go online and cop them through balenciaga.com.

Balenciaga will be also adding more styles to the Runner collection in the months to come — namely in Pink and Blue. Stay tuned to find out when the sneakers finally drop.

Sneakers Balenciaga
Pameyla Cambe
Senior Writer
Pameyla Cambe is a fashion and jewellery writer who believes that style and substance shouldn't be mutually exclusive. She makes sense of the world through Gothic novels, horror films and music. Lots of music.
Fashion Style Jewellery