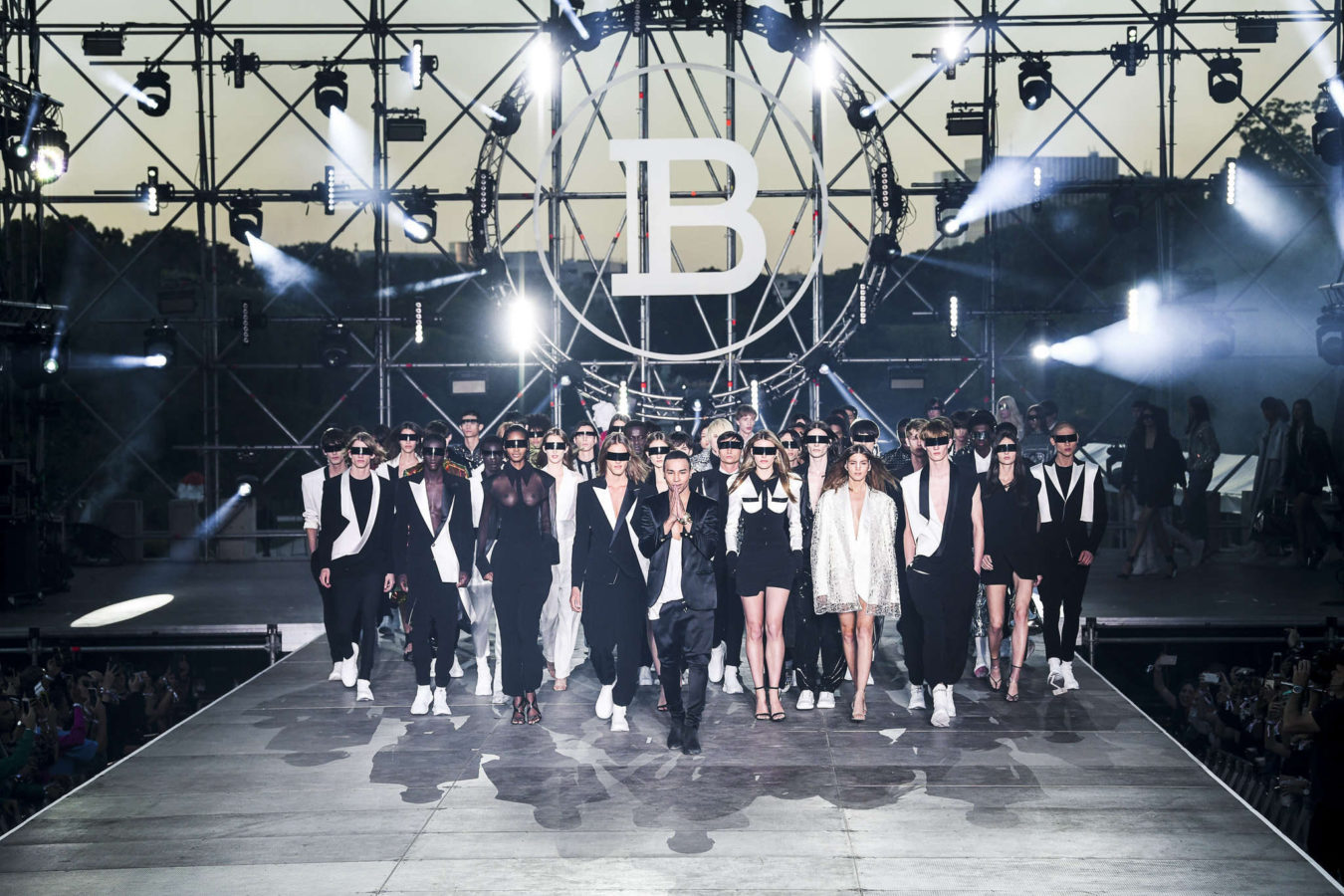 Music is a huge part of the Balmain universe.

The French fashion brand has hosted its own music festival and dressed countless of artists, from Beyoncé to Björk. Music is also the starting point of the collections by creative director Olivier Rousteing, who plays his favourite songs in the background all throughout his design process.

That’s why it makes perfect sense that Balmain is now teaming up with Apple Music to launch Signature — a multimedia channel featuring the brand’s musical muses, inspirations and playlists.

Described as a “content-editorial platform”, Signature is curated by Apple Music editors and Rousteing himself, giving the Balmain Army a look (or listen) into the sounds that define their favourite fashion brand.

“Anyone who’s been following the story up to now already knows that I view fashion as inseparable from music,” shared Rousteing. “Seeing music and fashion as completely intertwined just reflects how my generation grew up — we simply cannot conceive of one without a full helping of the other. I’m happy that this new partnership will help make that singular strand of the modern Balmain DNA even more clear and accessible to all.”

Signature, which launched shortly after Balmain’s futuristic Spring/Summer 2021 show at Paris Fashion Week, already lets you discover the inspirations behind the brand’s latest collection; musicians as varied as David Bowie, The Weeknd and Depeche Mode are all featured on the channel.

Even more exciting is the “Signature” playlist, which captures Balmain’s bold and maximalist spirit through anthems about empowerment and identity. These include Queen’s powerful “The Show Must Go On”, Dua Lipa’s disco-pop banger “Physical”, and Rihanna’s “We Found Love”. There’s more to come, as the playlist will be updated frequently and serve as the soundtrack for Balmain’s runway shows and stores around the world.

Balmain’s one-of-a-kind partnership with Apple Music doesn’t just spell out its musical roots, but also points to the label’s affinity with technology. After all, the digitally savvy French brand has worked with virtual models and created augmented reality experiences for its fans.

In July, the French house streamed its haute couture show on TikTok, becoming the first luxury brand to work with the social media app. And its latest show in Paris was lined with a virtual front row audience, with each member projected on a wide TV screen along the runway.

For Apple Music, though, Signature marks yet another collaborative venture into the fashion world. Just last month, Balenciaga unveiled a new series of playlists on the music streaming platform, with the first one made by Demna Gvasalia. Apple Music has also long been a hub of fashion podcasts, featuring series by Chanel, Gucci and more.

How else will the relationship between fashion and music continue to evolve? Stay tuned.