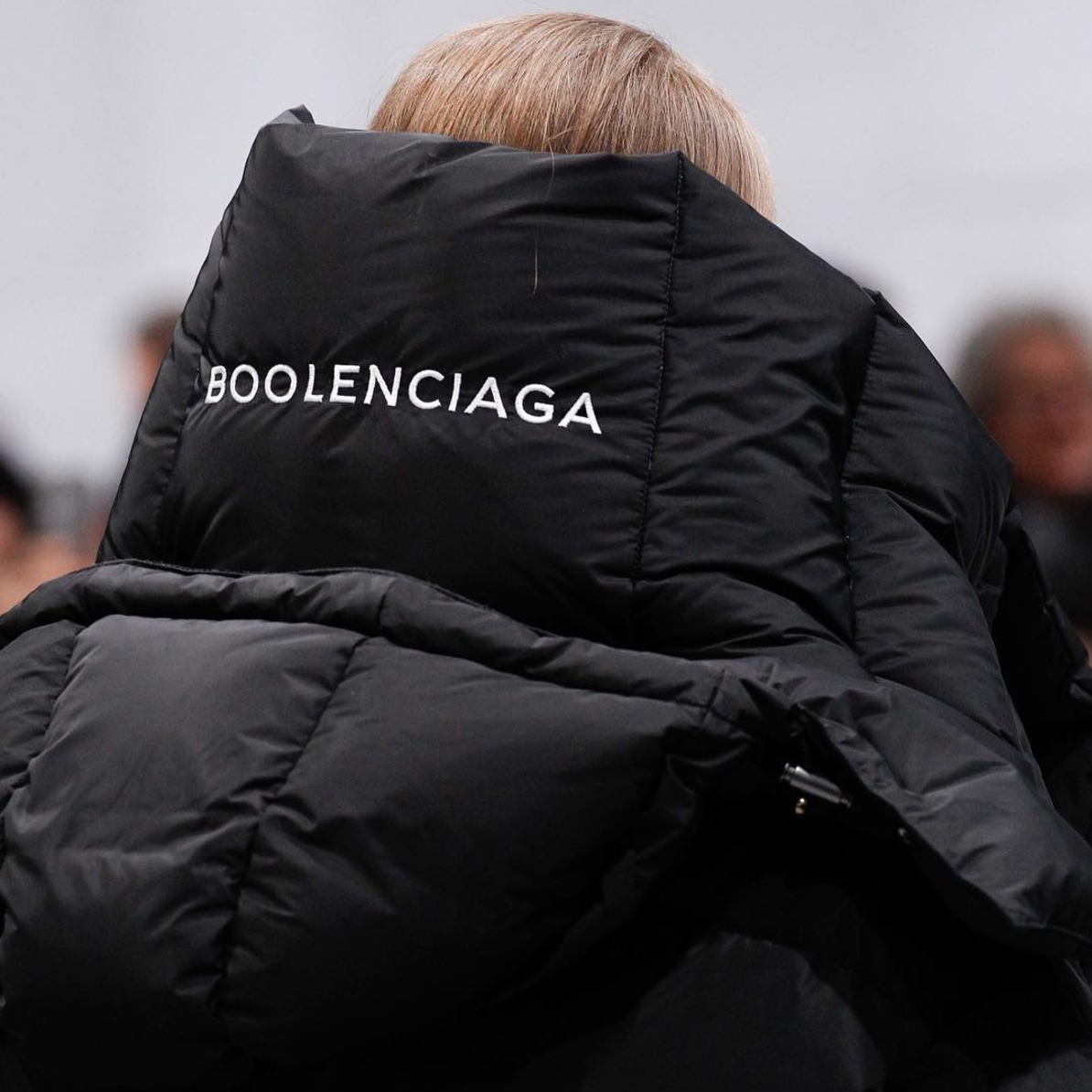 10 best fashion moments of the week: Bella Hadid & Elsa Hosk set orange on trend, the birth of Boolenciaga, and more

Style
10 best fashion moments of the week: Bella Hadid & Elsa Hosk set orange on trend, the birth of Boolenciaga, and more
Share this article
Next article

If you remember Vetememes, the same folks behind this Vetements bootleg parody line are back at it again with another tongue-in-cheek copycat brand: Boolenciaga. Its founder, 23-year-old Brooklynite Davil Tran, first found fame by remaking a raincoat similar to Vetements, renaming it Vetememes and selling it at a fraction of the original’s cost. Now, he’s sparking another viral sensation out of Balenciaga’s sold out logo cap through his Boolenciaga replica that’s retailing for merely US$65 (S$90) a pop.

Boolenciaga aside, it has been a thrilling week for fashion on Instagram with Men’s Fashion Week’s snazzy happenings — J.W.Anderson x Converse, Dolce & Gabbana’s millennial runway — and the LVMH Prize ceremony. With a designer-studded jury panel — Nicolas Ghesquière, Karl Lagerfeld, Phoebe Philo — along with Rihanna present to announce the winners, the LVMH Prize was awarded to burgeoning French label, Marine Serre.

What’s also burgeoning is the rapid rise of orange with advocates Bella Hadid and Elsa Hosk making a stylish case for the fluorescent hue. Off-White’s distinctly orange-spritzed Pitti Uomo show should mean something, too. Not buying the idea of a vivid shade closely interlinked with a certain president as the next trending colour? Well, let’s hope Hermès’ pop-up laundromat — which comes washed in the brand’s signature orange shade — will change your mind. 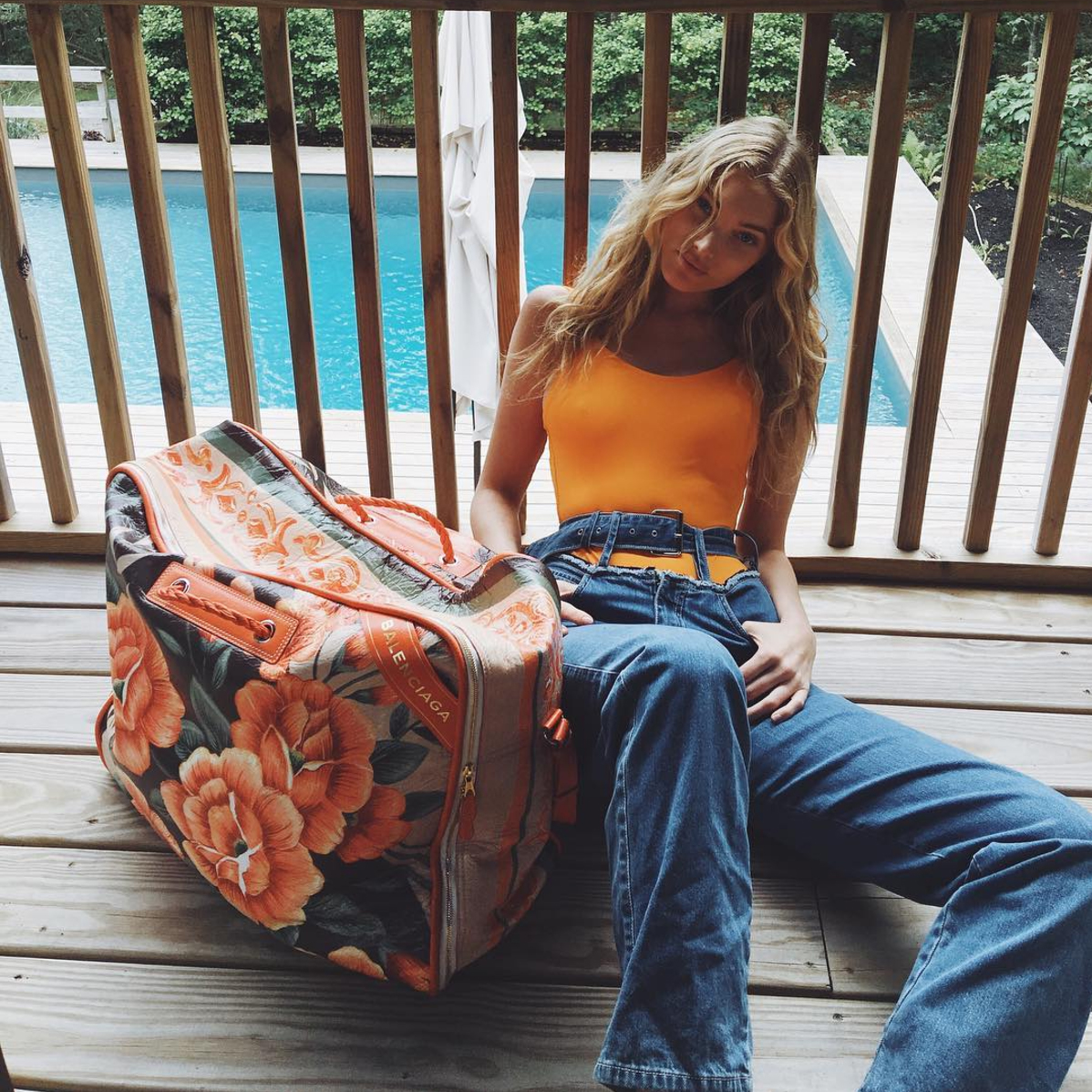 Bella Hadid’s mirror selfie is an agreement of Elsa’s statement. Orange is officially the new black. 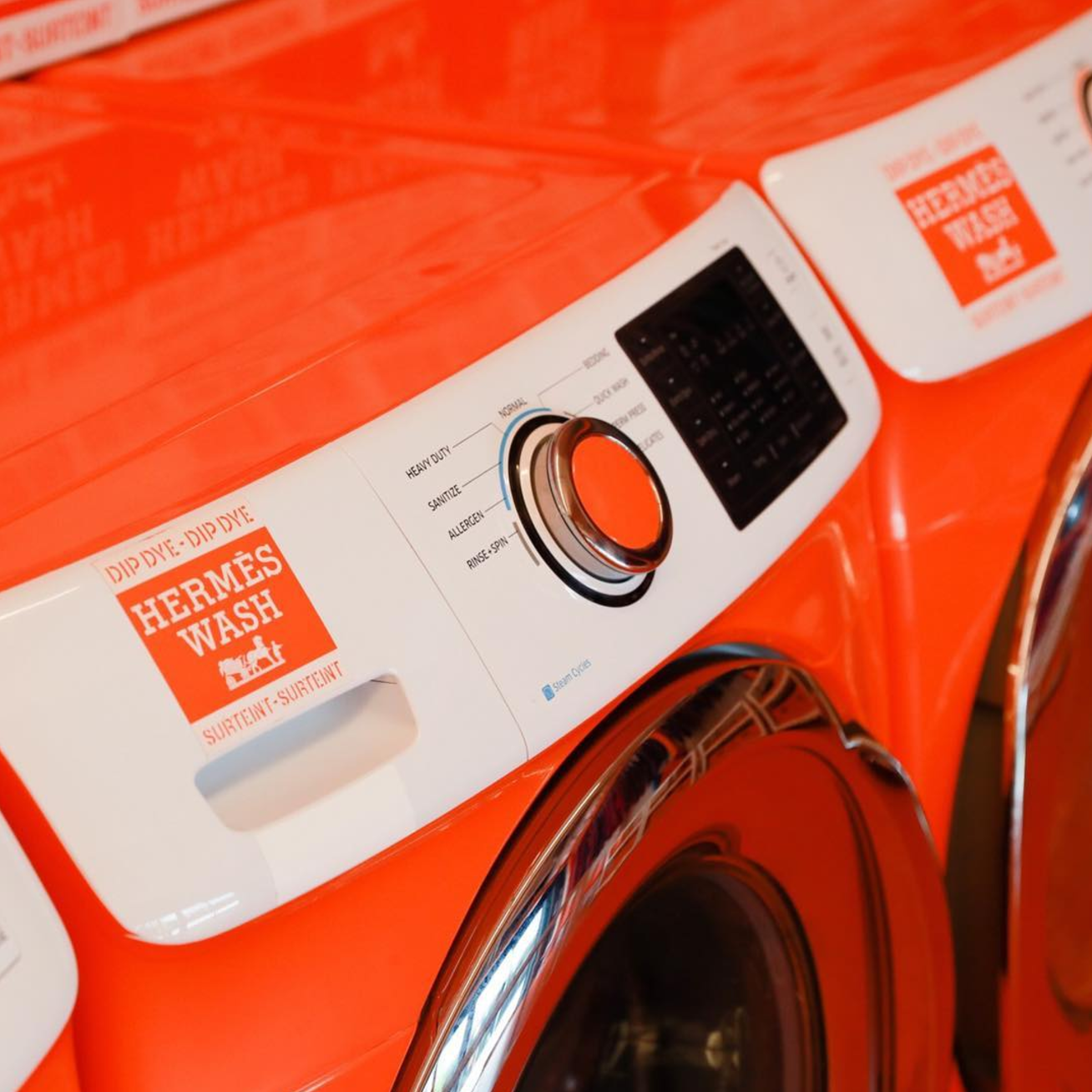 While on the topic of orange… Hermès’ pop-up laundromat that first made appearance in Amsterdam, New York and Kyoto is reportedly scheduled for a world tour. We’re crossing our fingers Singapore is on the Hermèsmatic pitstop list.

“An Hermès laundromat?! A pop-up shop of the French brand is currently touring the globe, offering customers the opportunity to dye the brand’s iconic silk scarves.” 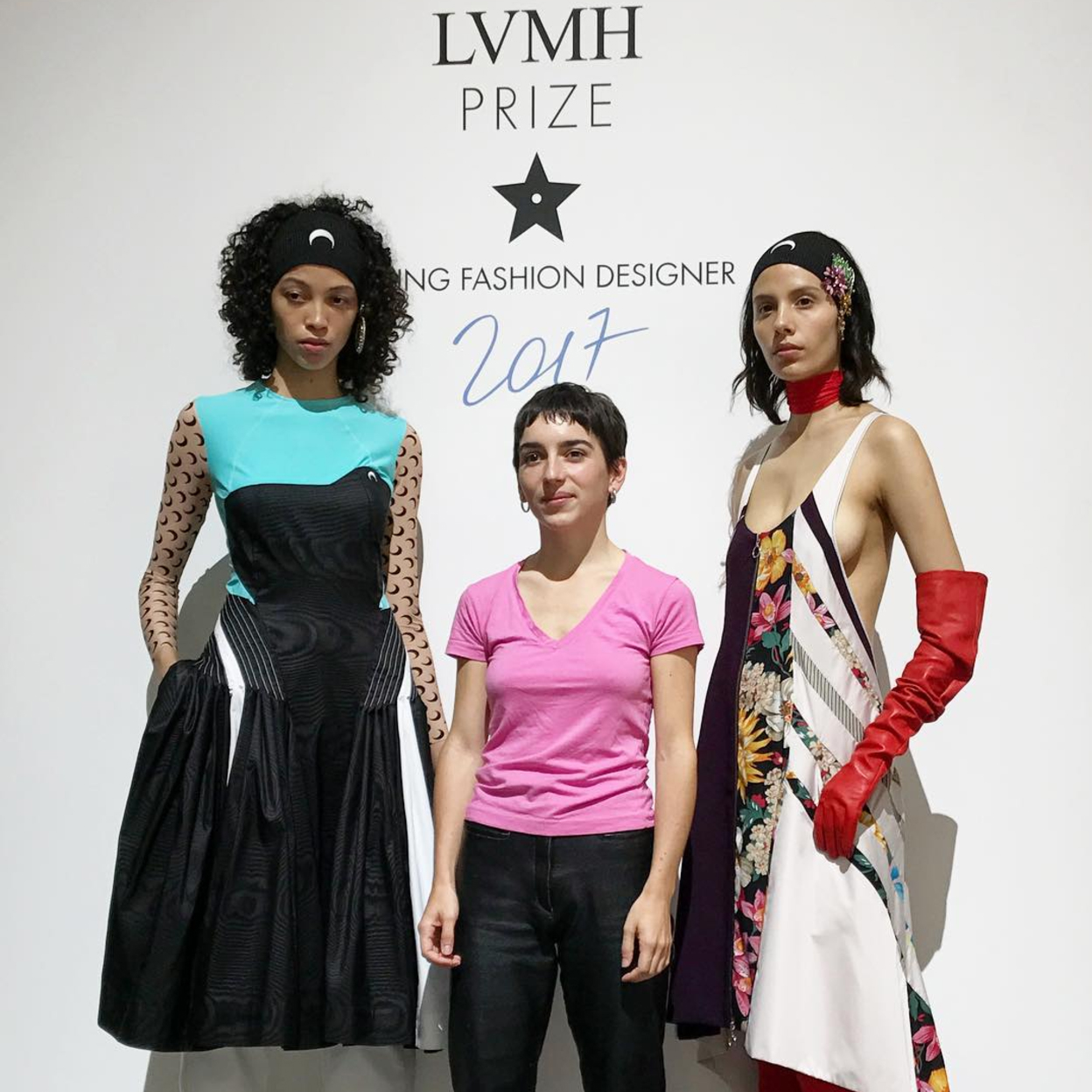 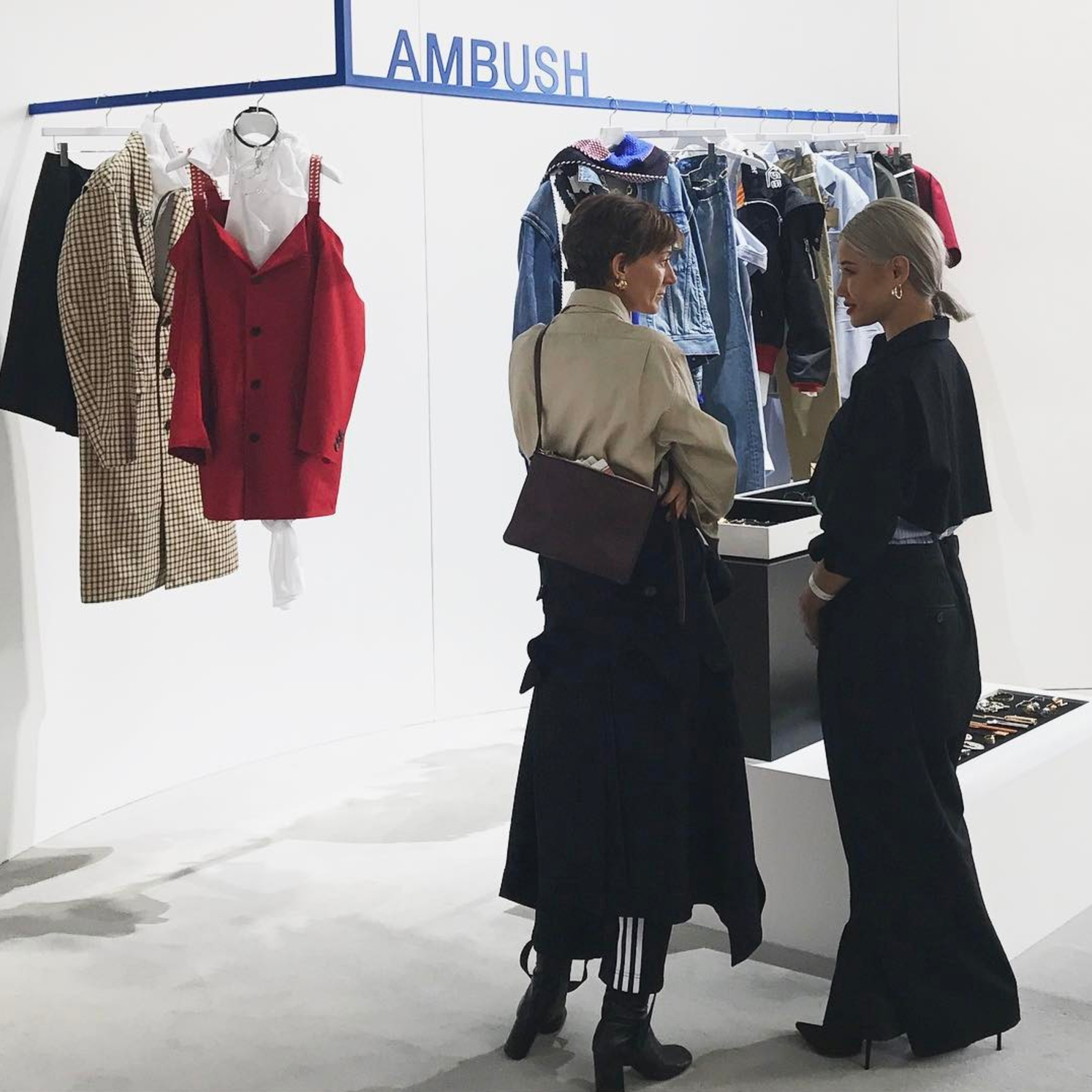 Although Yoon Ahn‘s cult label Ambush didn’t take home the LVMH Prize, she was delighted enough to have the divine Phoebe Philo of Céline browsing her work. Like the rest of us, the Japanese designer is also a Philophile at heart.

“Highlight of the #lvmhprize yesterday, meeting and walking my idol Pheobe Philo thru my work????” 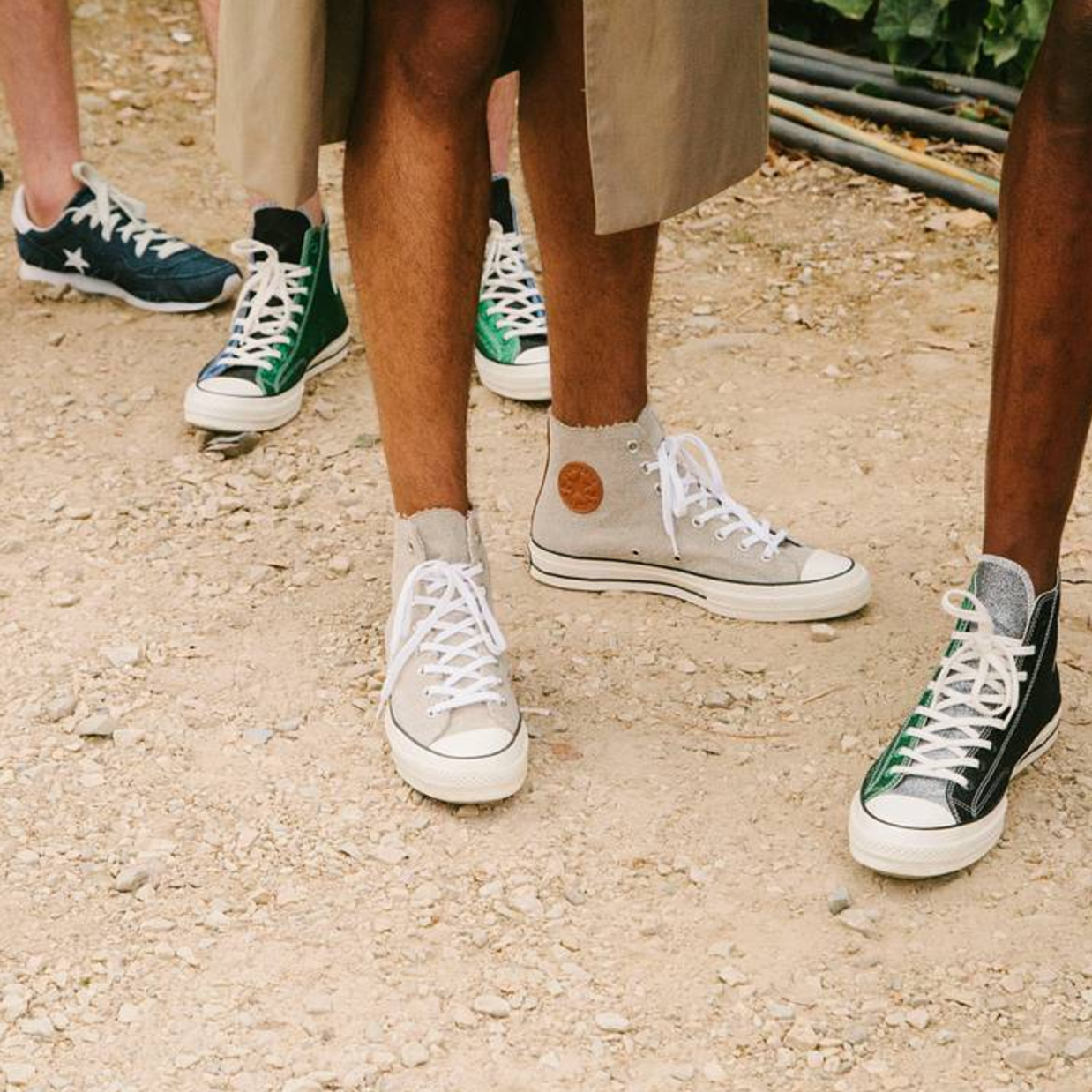 Last week we saw Gosha Rubchinskiy’s unpredicted Burberry collab, this week it was J.W.Anderson who dropped the news bomb at Pitti Uomo with a range of Chuck Taylors made in alliance with Converse. The #DGMillennials were back for Milan Men’s Fashion Week, and as per usual, it was social currency — not modelling portfolio — that mattered. Social media stars in attendance included Sistine Stallone, Will Peltz and Sonia Ben Ammar. 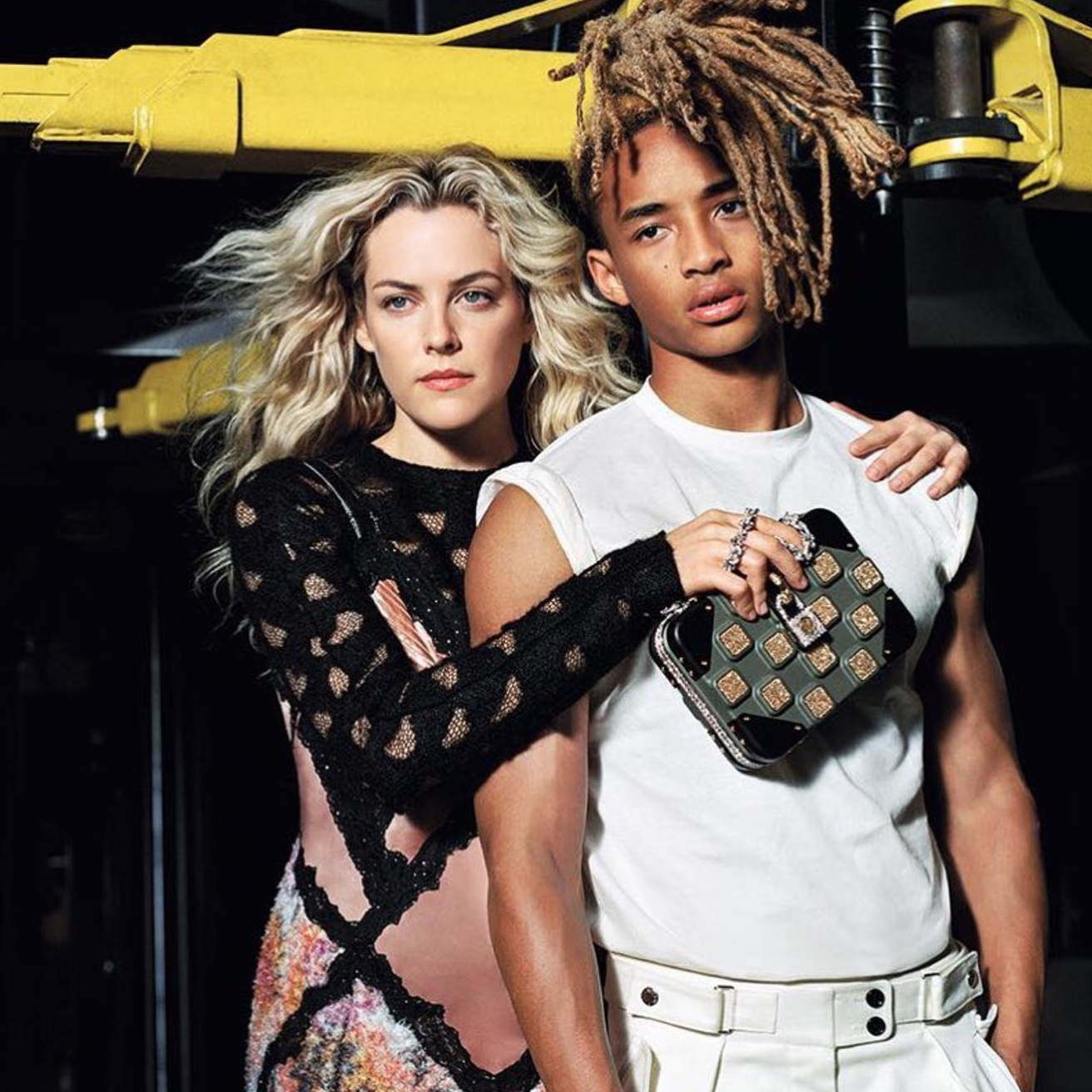 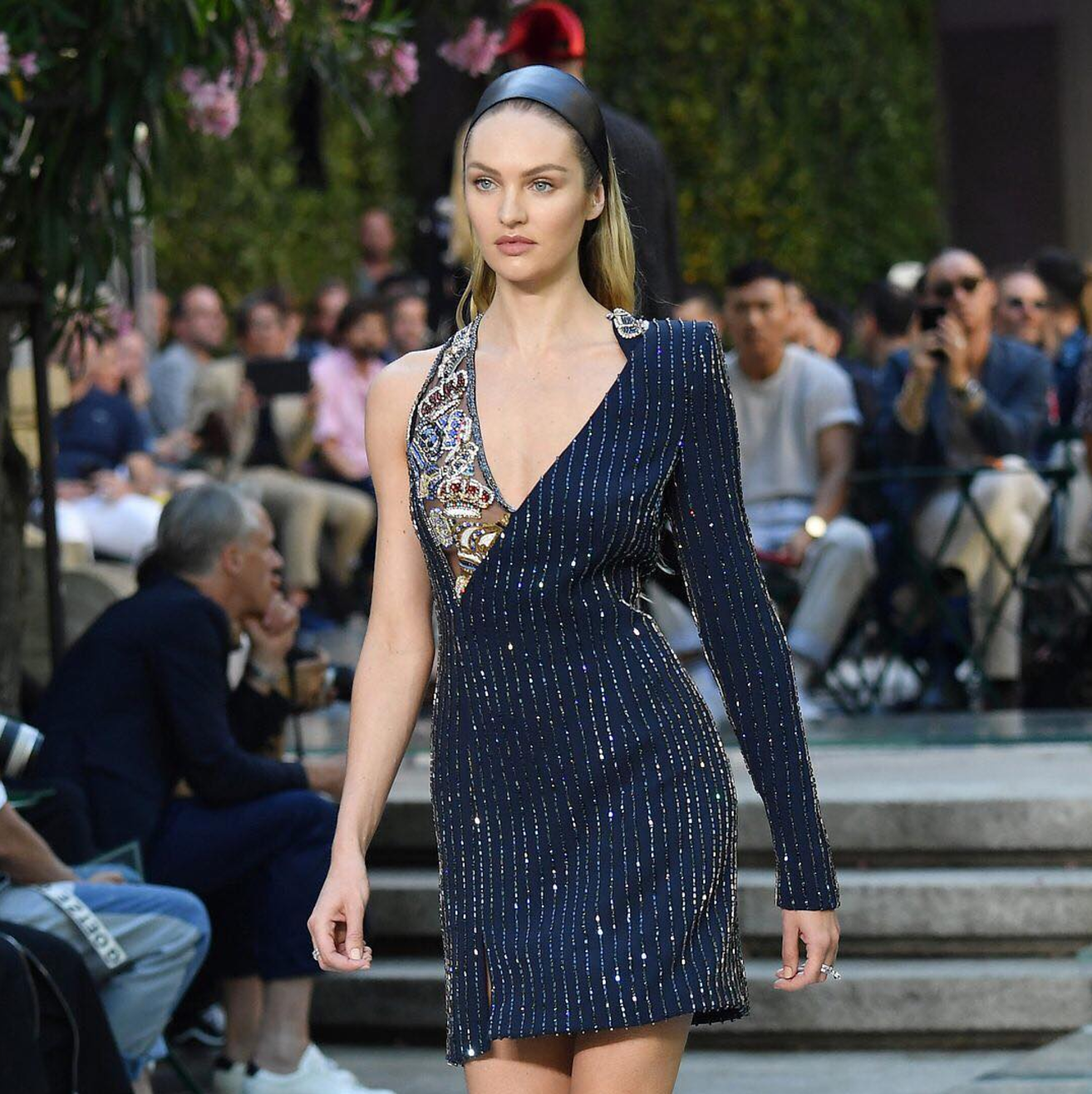 “@angelcandices returned to the runway for @versace_official’s Spring 2018 menswear show in Milan. She was joined by handful of Versace babes, who wore a special womenswear capsule designed to comp”