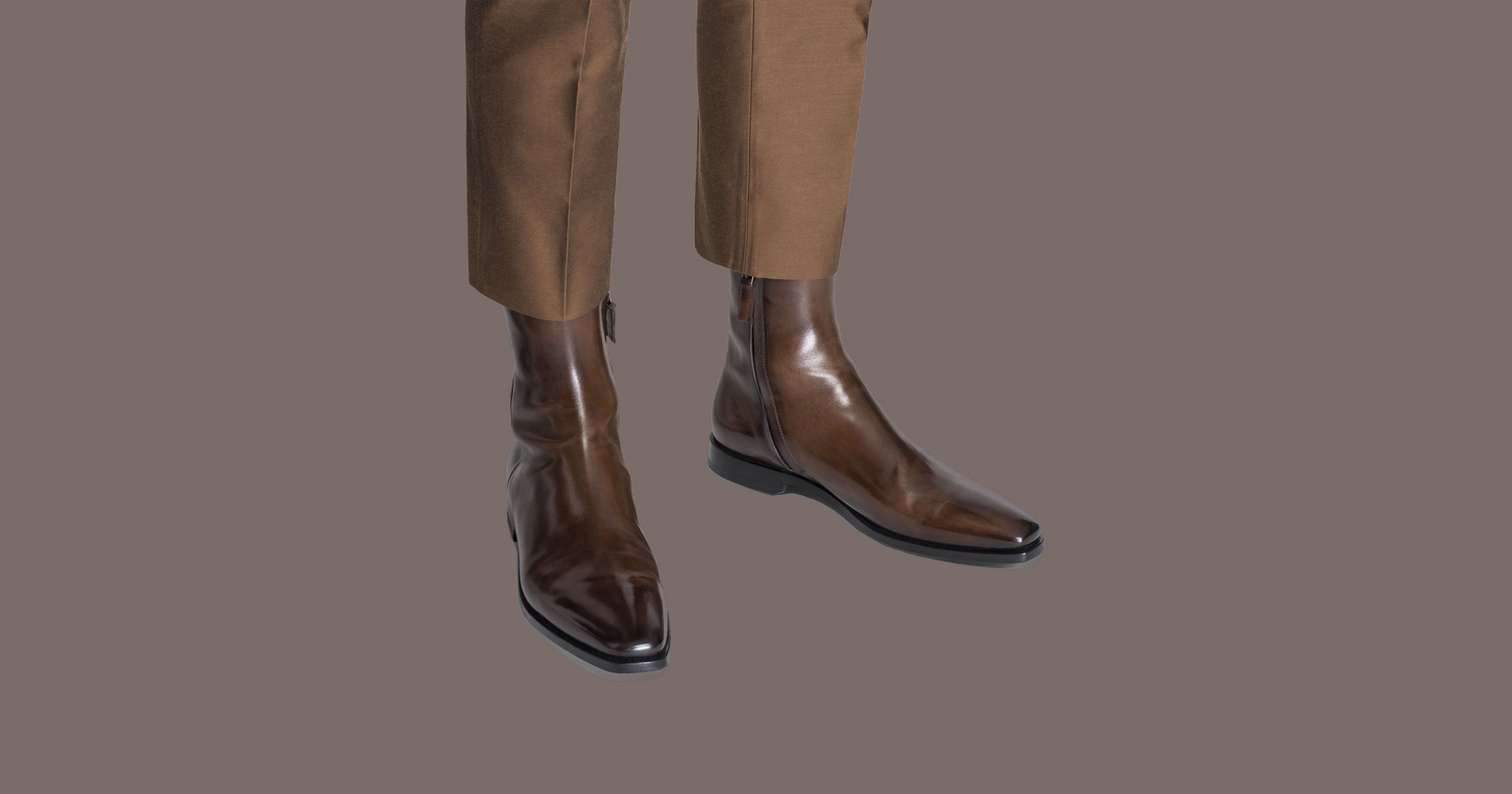 There’s no Parisian house as synonymous with impeccable leather shoes as Berluti is. When former artistic director Haider Ackermann took on the reins of the LVMH menswear brand in 2016, its ready-to-wear arm had only a couple of seasons under its belt, and leather craftsmanship remained integral. Alongside his much-applauded second collection for the house, the Colombian designer sent out a brand new shoe silhouette: The Berluti Eclair.

The Eclair is slim and narrow. It sleekly curves along the arches of your in-steps, and its toe is chiselled to a rounded sharpness. Its heels are stacked — refined, still, but edged with modern masculinity. And despite its slender form, it’s surprisingly ultra comfortable, thanks to the hidden welt stitching which makes for a plush, flexible outsole.

Significantly, the Eclair is only the third of the house’s formal shoe lasts (the other two being the classic Démesures and the naturally-outlined Galet), making it Ackermann’s first and final gift in Berluti’s footwear legacy.

Designed with the luxe urbanite in mind, the Eclair comes in three styles: The iconic Alessandro, which is the signature lace-up shoe of Alessandro Berluti’s own crafting in 1895; the Caractère high-cut boots, as well as its buckled monk shoe iteration, as presented in Spring 2018’s show.

For that extra timeworn patina, the Eclair is available in Venezia leather, the house’s own leather, formulated by Olga Berluti in 1990, feted for its remarkable deep patina. Old school is cool, after all.

The Berluti Eclair range will be available in Berluti stores come June.