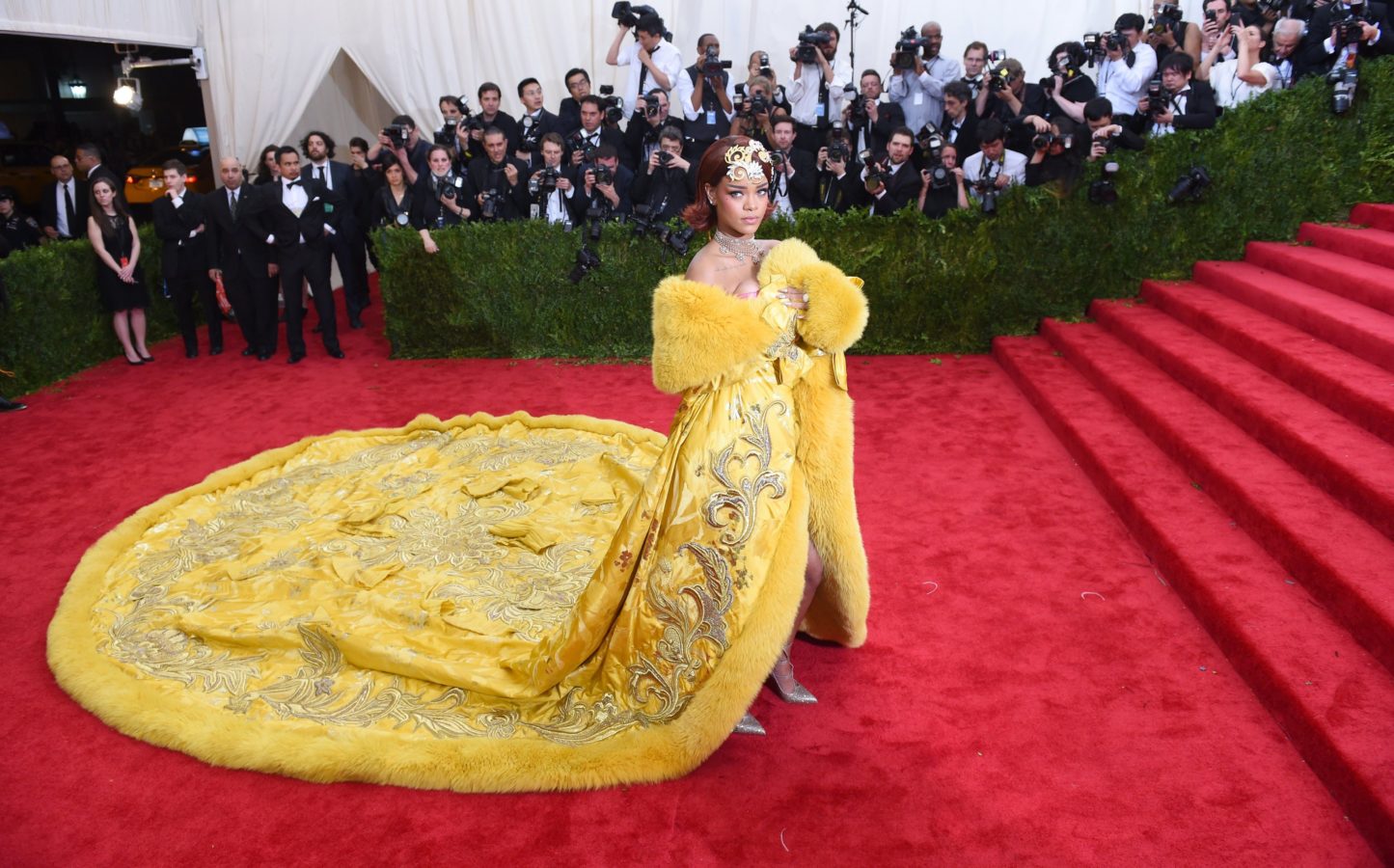 The best Met Gala fashion moments from the last decade

This year, Rihanna, Lady Gaga and Beyoncé aren’t spending the first Monday of May as they usually would. That is, sending the Internet in a frenzy over their daring, spectacular red carpet looks for the annual Met Gala.

But all is not lost just because the biggest fashion event of the year has been postponed. Anna Wintour and her co-chairs may be reconsidering the Met Gala’s relevance during the present pandemic — and whether they should take it online like the High Fashion Twitter Met Gala — but the fundraising event still has its merits. Namely, the panoply of stunning haute couture gowns to have graced the Gala over the years, all begging for another look with today’s dearth of fashion.

The hundreds of Met Gala looks can be sorted by the eras they were from: the 1990s were chic, the 2000s were a mess, and the 2010s marks the Met Gala at its most fearless. It’s the last 10 years that are worth paying special attention to now, especially for all the fashion moments that we may have missed the first time around in favour of finding out what the Kardashians were wearing.

Here are 10 instances from the past decade where celebrities followed the Met Gala theme and brought some of fashion’s finest creations from the runway to the red carpet.

Held in honour of Alexander McQueen, the 2011 Met Gala invited guests to pay homage to the late British designer by wearing any of his imaginative couture creations. His friend, the English socialite Daphne Guinness, made one of the most stellar tributes of the evening with this extravagant gown from McQueen’s Spring/Summer 2011 collection. Not only was it a one-of-a-kind look, the dress highlighted both McQueen’s obsession with birds with its feathered façade, as well his skills as a couturier with its impeccable construction.

Before designing trench coats for Burberry, Riccardo Tisci was creating ethereal, gothic dresses for Givenchy’s haute couture collections. His muse, Rooney Mara, showed up in one of them to the 2013 Met Gala, themed “Punk: Chaos to Couture”. Her choice makes sense when you consider that Tisci himself is a punk at heart, and that the zippers on Mara’s dress are likely borrowed from the anarchist subculture. What makes this dress really memorable, though, is that it perfectly embodies Tisci’s golden years at Givenchy.

The Olsen twins are famous for ignoring the Met Gala theme, year after year. Not that anyone minds, because the pair have proven each time that they have really good taste — especially in vintage fashion. It was in 2014 that the stars aligned: the Olsen’s red carpet looks actually suited the Met Gala, which was then dedicated to 20th century American designer, Charles James, and the couturiers he influenced. Mary-Kate showed up in a vintage striped Gianfranco Ferré dress, while Ashley wore a buttoned vintage Chanel gown.

As the queen of the Met Gala, Rihanna has served nothing but fashion-forward outfits on the red carpet, whether it be her avant-garde Commes des Garçons dress in 2017 or the two-piece white Stella McCartney design she wore in 2014 (which would later inspire Kim Kardashian’s CFDA dress four years later). But it was her 2015 Met Gala look that matters the most — not just because of the memes it spawned, but because the extravagant yellow cape gown, designed by Chinese couturier Guo Pei, was one of the few designs that actually followed the theme of China’s influence in fashion.

In 2016, the Met Gala spotlighted the intersection of technology in fashion. Predictably, that translated into a lot of futuristic, metallic outfits, like the ones Gigi Hadid and Zayn Malik twinned in. On first glance, then, Claire Danes’ red carpet look may seem amiss, but it was in the dark that her Zac Posen ballgown really shined (literally). Made with fibre optic organza, the dress could be lit up by the mini battery packs woven throughout it — a feat that has never been achieve on the Met Gala red carpet again.

Katy Perry has been everything from a winged angel to a chandelier at the Met Gala, but the singer’s best red carpet moment is also her least costume-y. In 2017, when the event was dedicated to Rei Kawakubo, Perry showed up in a crimson chiffon gown with a matching bejewelled coat and veil — all the handiwork of John Galliano. The unconventional look marked Perry at her least campy (a theme she nailed in 2019), while staying true to Kawakubo’s avant-garde spirit.

Zendaya proved herself a fashion force to be reckoned with at the 2018 Met Gala, which was themed “Heavenly Bodies”. Alongside the divine designs sported by the likes of Rihanna and Ariana Grande, the actress showed off a look inspired by a different kind of holy figure: the Catholic saint Joan of Arc, whose suit of armour was reinterpreted in a sparkling chainmail gown by Atelier Versace. Committing to the look, Zendaya even wore a cropped wig resembling Joan’s bob.

Another noteworthy look from that year was worn by Lana Del Rey, who came into her final form as Our Lady of Sorrows with a Gucci gown designed by her friend, Alessandro Michele. Her gold-trimmed ceremonial robes came complete with a stunning chest-plate modelled after the sacred heart, as well as a headpiece with angel wings and a diamond-studded halo.

2019 was arguably the wildest year in Met Gala history: Lady Gaga changed into four different outfits, Ezra Miller had three pairs of eyes and Jared Leto arrived with his own head. While those over-the-top looks were campy in their own way, there was something brilliant about the embellished Versace gowns that Kendall and Kylie Jenner wore on the red carpet. It could be the dramatic feathers, or those jarring hues of lilac and orange, brazenly matched from head to toe. But perhaps it’s really the fact that for the first time, the sisters took the Met Gala theme seriously — instead of themselves.

Red Carpet Celebrities Met Gala
You might also like ...
Style
These Oscars red carpet looks actually made a statement
Style
All the fashion moments from the Grammys 2020 you need to know
Pameyla Cambe
Senior Writer
Pameyla Cambe is a fashion and jewellery writer who believes that style and substance shouldn't be mutually exclusive. She makes sense of the world through Gothic novels, horror films and music. Lots of music.
Fashion Style Jewellery