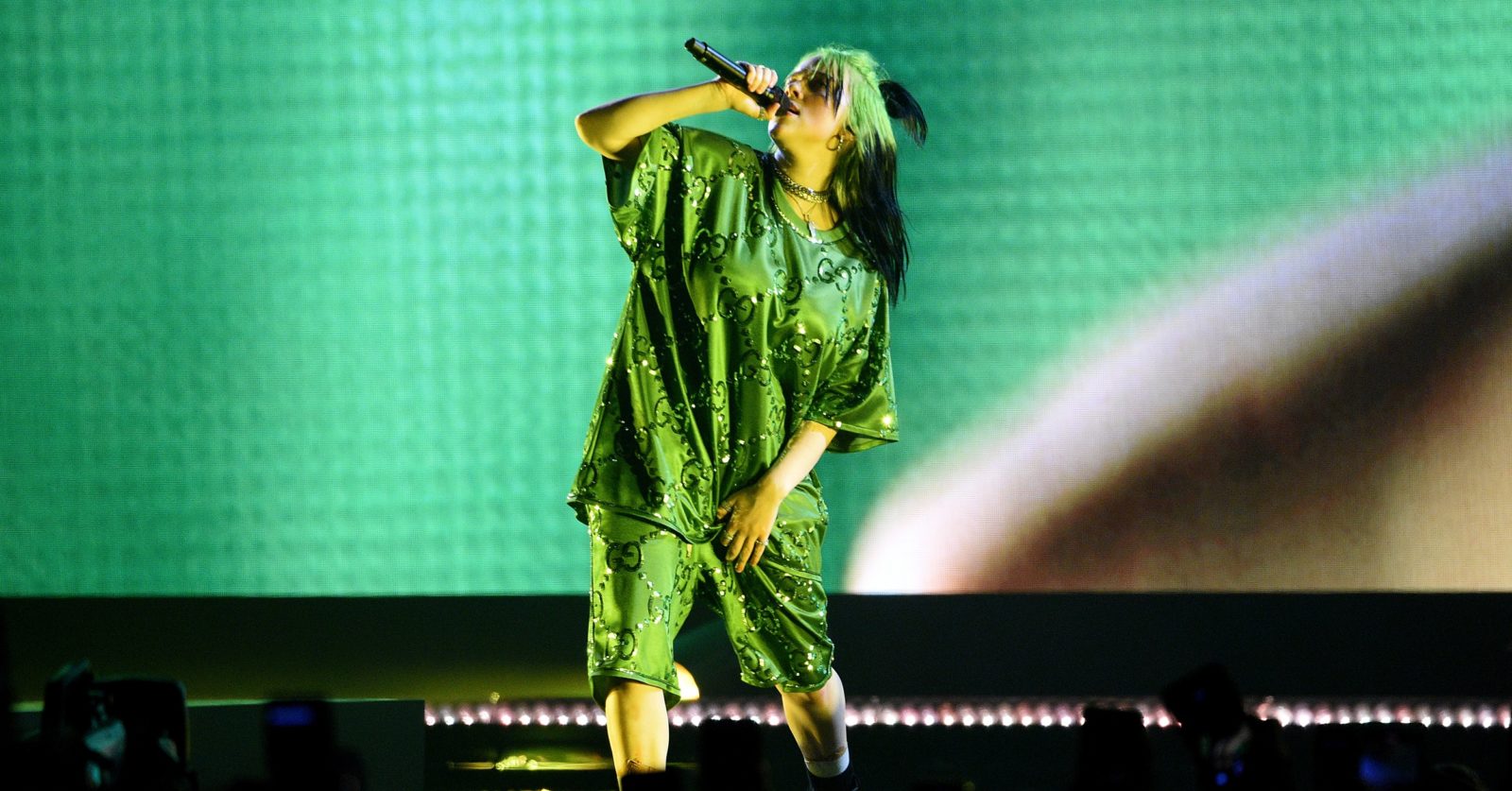 Need proof of the power of an outfit? Look no further.

This week, pop stars and princesses alike used their ensembles to make a statement. Whether their message was political, feminist or simply a call for celebration, celebrities reminded us that the clothes we we wear can have many layers — literally and figuratively.

Colour can be just as significant too, as Meghan Markle demonstrated. On Monday, the Duchess of Sussex wore a green dress that could very well join Jennifer Lopez’s Versace one and Keira Knightley’s gown in Atonement to form the holy trinity of green dresses. And anyone who has seen the Ian McEwan film adaptation will tell you: it’s not just a green dress.

So what was it, exactly? Below, we decode Meghan’s look along with all the other noteworthy celebrity style moments from the week.

Obviously, nobody is more excited than Katy Perry about her first child with fiancé Orlando Bloom. She declared her pregnancy with a scream on Instagram and showed off her baby bump in her new music video, Never Worn White. But it was her outfits throughout the week that truly spelled out her high spirits.

At her International Women’s Day concert in Australia, the pop star performed in purple minidresses and a sequinned pink romper, styled with matching platform boots. Katy sported equally vibrant outfits off-stage too, including a bright floral dress and a neon Valentino frock that nailed a major Spring/Summer 2020 trend. We definitely have a winner for most colourful maternity style.

Bella Hadid has had quite a few Vivienne Westwood-clad moments, though usually when closing the British brand’s runway shows. This week, she took her love for the Godmother of Punk to the streets. She sported a pair of jeans from the designer’s Fall 1992 collection. Yes, they were vintage, and yes, they looked absolutely on-point today.

In fact, Bella’s whole look followed Westwood’s sustainable style motto: Buy less, choose well, make it last. Bella’s leather jacket, also vintage, was proof that you can work this season’s trends with an off-season piece. She finished off her look with a pair of lug-soled Prada combat boots — relatively new, but Bella has worn hers several times in the last few months. Make it last, indeed.

Just like her heart, Celine Dion has shown that her penchant for dramatic outfits will go on long after Fashion Week season. The singer’s flamboyant style recently brought colour to the streets of New York. On Sunday, Celine had a very Sex and the City moment when she stepped out in a voluminous floral Oscar de la Renta gown. She also wore a head-to-toe hot pink look courtesy of Peter Do, one of the city’s most exciting new designers.

That wasn’t the only time she championed an emerging designer. Watch her listen intently to a fan’s rendition of her song, “I Surrender”, from her limo. Her look came straight out of rising British designer Richard Quinn’s Moncler collaboration, unveiled just two weeks ago at Milan Fashion Week.

Meghan Markle marked her victory over the British monarchy in green

On Monday, Prince Harry and Meghan Markle wrapped up their official duties with one last royal appearance. The couple attended the 2020 Commonwealth Day service, him in a tailored blue suit, her in a brilliant green Emilia Wickstead dress that had “revenge look” written all over it.

She is, after all, splitting up with the British royal family for good after months of being hounded by the British tabloids. Her husband Harry and her will be moving to Canada as regular celebrities at the end of the month. Judging by Meghan’s smile, her on-trend cape dress and her decision to wear a verdant hue (also seen in her netted hat and Gabriela Hearst handbag), we’d say she feels like a winner.

Billie Eilish kicked off her latest tour in Miami in an oversized ensemble resembling her Grammys look. It, too, was made by Gucci and matched the green highlights in her hair. The outfit, like so many of the baggy ones that she has worn, was enough of a rebellion against being sexualised as so many young female pop stars have been.

But this time, she made another strong statement: her body, and what she wears, is nobody’s business. That was the gist of the Gen Z singer’s speech in a video clip played at the beginning of her concert. “If what I wear is comfortable, I am not a woman. If I shed the layers, I am a slut,” said Billie in a voiceover. “If I wear more, if I wear less, who decides what that makes me? What that means? Is my value based only on your perception?” Certainly not if Billie has anything to say about it.