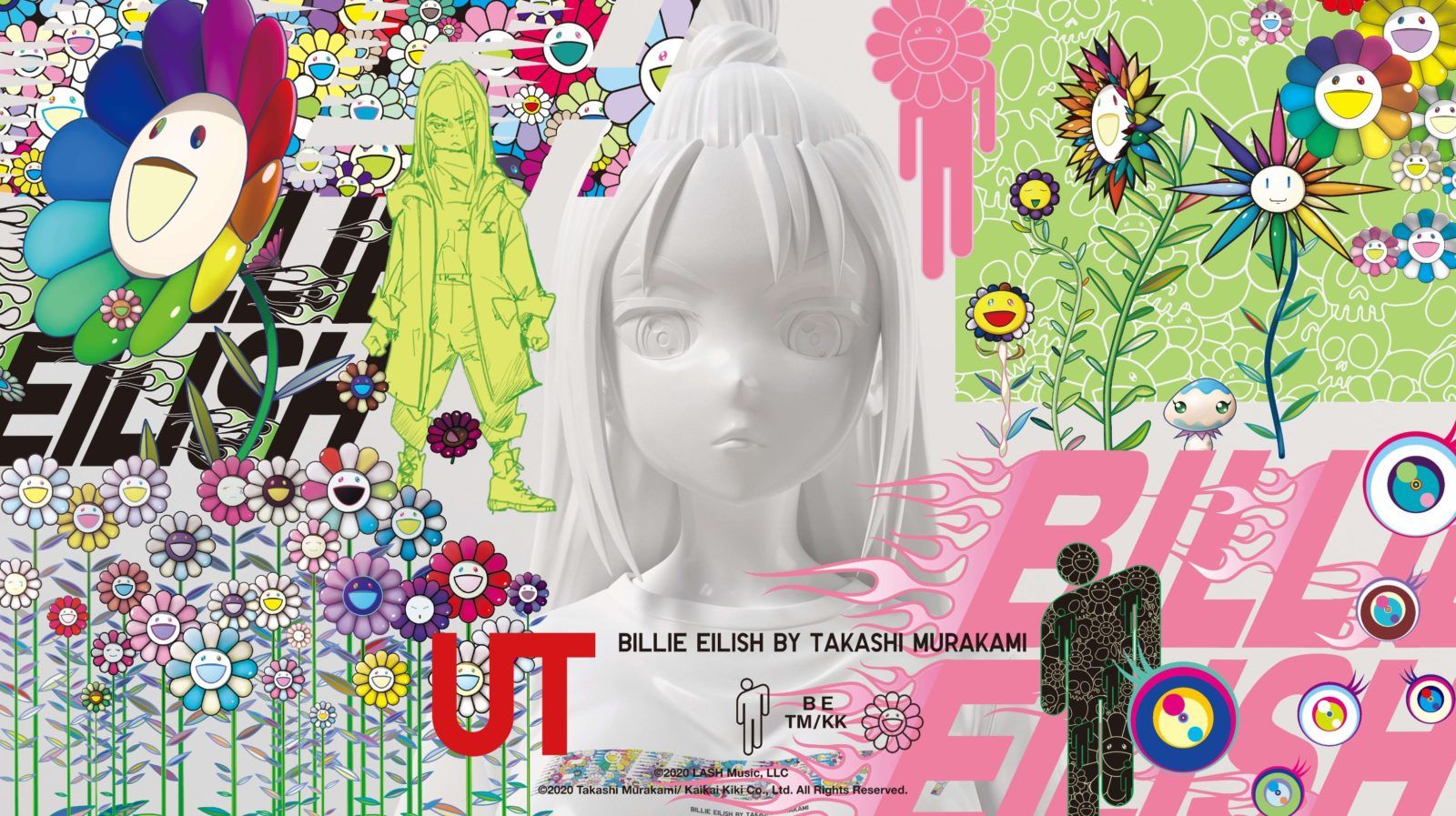 American artist Billie Eilish and Japanese artist Takashi Murakami will draw on their respective artistic perspectives and creative talents to create a new collection of T-shirts for Uniqlo.

The new collection, which is due to launch on June 22 in Singapore followed by June 26th in stores, will be christened the “Billie Eilish x Murakami UT,” with “UT” denoting Uniqlo’s special T-shirt collections.

An Instagram teaser video shows a manga-style sculpture entirely dressed in white and wearing a T-shirt with the inscription “Billie Eilish” in lettering composed of iconic Takashi Murakami motifs, a strong signal that the collection will highlight the different worlds of both artists.

The brand has since released its entire collection featuring items from men, women and kids.

This is not the first time that Billie Eilish and Takashi Murakami have teamed up on a creative project. The visual artist already directed a video for the award-winning singer “You Should See Me in a Crown” in 2019.

This article was published via AFP Relaxnews with additional reporting by Azimin Saini.

fashion news Billie Eilish
Staff Writer
fashion news
Sign up for our newsletters to have the latest stories delivered straight to your inbox every week.