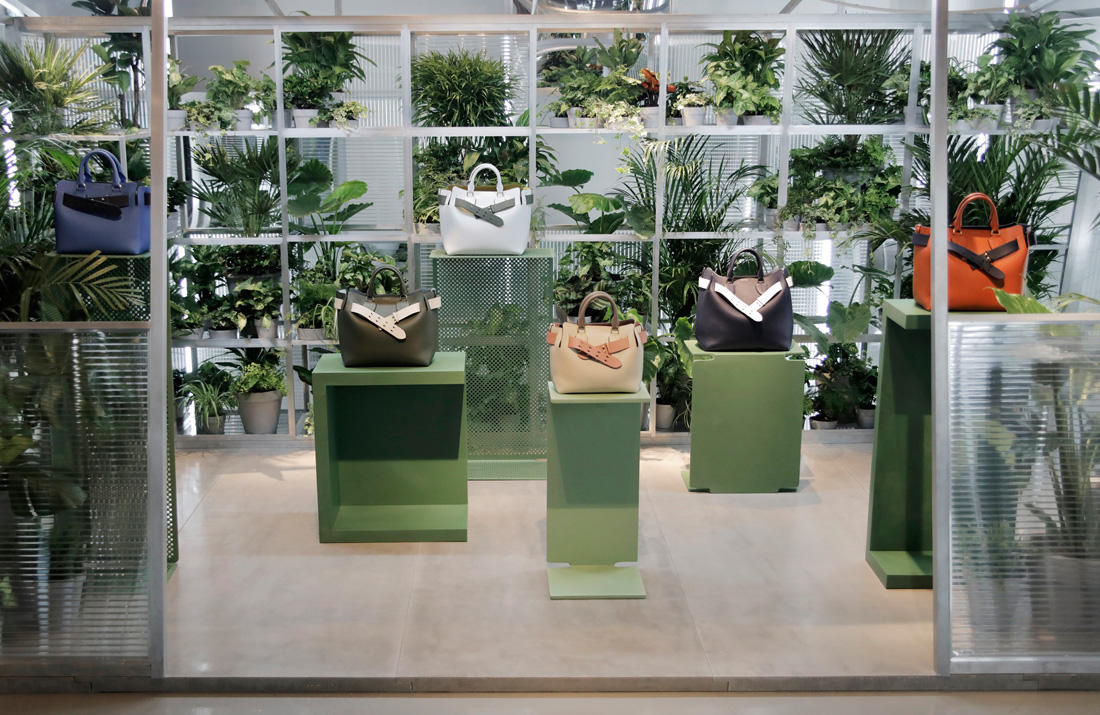 Burberry Conservatory heads to Singapore with its travelling greenhouse

The greenhouse has always been an emblem close to Burberry. For years, the British label’s colossal greenhouse at Kensington Gardens was the designated show venue where former chief creative officer Christopher Bailey hosted hundreds to sit and watch the season’s latest unfold. Now a few months before Riccardo Tisci presents his debut collection for Burberry, the British house does one final nod to his predecessor with the Burberry Conservatory.

The travelling greenhouse pop-up is set to sprout in selected cities the world over, including Singapore, in tribute to Bailey’s last handbag creation, the Belt bag. Come 21 June, it’s slated to open at The Shoppes at Marina Bay Sands with 21 pop-up-exclusive bags — 17 Belt bags and four Pin clutches — in a range of shades and sizes.

The lineup of Belt bag comes in medium and small sizes in a choice of equestrian knight embroidery and optical shades, including a rainbow colourway in reflection of the LGBTQ+-inspired Fall 2018 collection. It is customisable with interchangeable belts which can be purchased on their own. A monogram service will be available at the space too.

Burberry The Shoppes at Marina Bay Sands Pop-up belt bag Pin Clutch
Bianca Husodo
Sign up for our newsletters to have the latest stories delivered straight to your inbox every week.