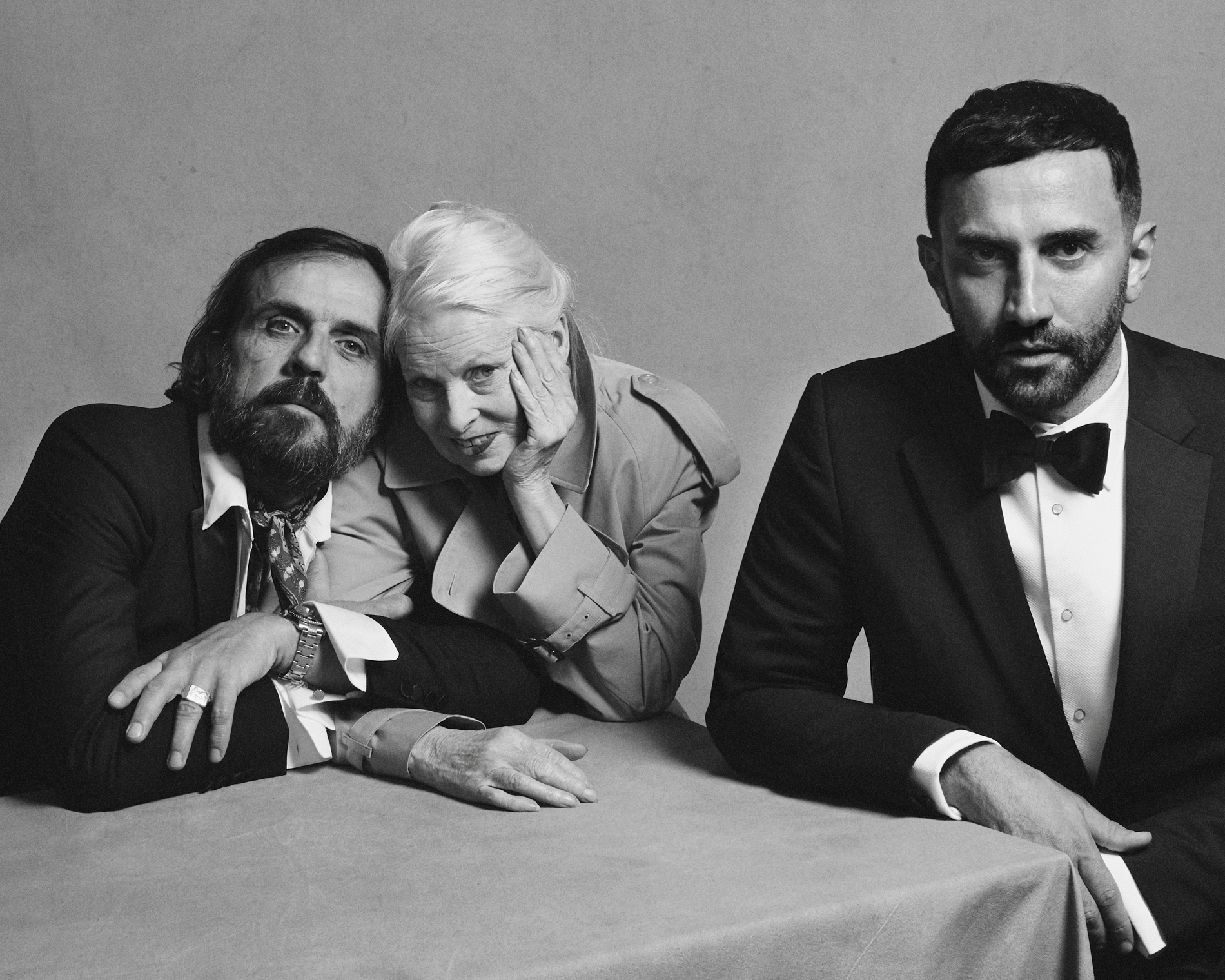 If it wasn’t on Instagram, did it even happen? A post-social media maxim which seems to firmly anchor our ‘gram-frenzied lifestyle proved its staying power this week. Straight from our scrollable feeds, we’ve seen the exciting announcement for an impending Burberry x Vivienne Westwood link-up and scoured a pop-up dedicated to Phoebe Philo’s first Céline collection. Heck, even Justin Bieber’s rumoured engagement to Hailey Baldwin got its solid confirmation from the groom-to-be on where else but Instagram just this morning.

From power toddler North West’s Fendi campaign debut to Pierpaolo Piccioli’s Valentino couture dreamscape, catch up on all the fashion action you shouldn’t miss from Instagram below.

Ahead of Riccardo Tisci’s debut, Burberry announces a collaboration with Vivienne Westwood

Tisci has yet to present his debut collection for the brand — it will show during London Fashion Week this September —  but he’s already making digital waves, revealing a collaboration with British design icon Dame Vivienne Westwood. Launching later in December 2018, it will feature reworked pieces from the Westwood’s archive. As is expected with the socially conscious designer, a percentage of proceeds will go to rainforest charity organisation Cool Earth.

Posting the collaboration on his own Instagram account, Tisci said: “Vivienne was one of the first designers who made me dream to become a designer… I am SO honoured to announce a new Burbs collaboration with the original British PUNK.”

We’re sure you’ve seen Kaia Gerber’s larger-than-life mane for Valentino’s Fall 2018 couture show making its round of regrams. But in what could possibly be the most phenomenal couture show in recent memory, Pierpaolo Piccioli served a nonpareil play on proportions, hues and impeccable artisanship which have been missing from other couture catwalks. Each extravagant look was so impressively magnificent, it brought a rapturous standing ovation and a tear to founder Valentino Garavani himself who sat front row.

John Galliano is saying no to digital detox. Dissecting our millennial fixation with technology, his Maison Margiela Artisanal collection spliced man and machine together. This was most apparent via this season’s variety of tech holders. A few stemmed from above the ankle and below the wrist, one was attached to the back, and some came in VR-style headgears.

In his pre-show podcast, Galliano said, “We’re all nomads today, and we’re attached to our iPhones and our iPads, they’re everything, and we move in these tribes… I came up with this term, ‘neo-digital natives’, and this is a further exploration into that.”

Dior Couture wasn’t as simple as it looked

As Instagram critic Diet Prada quickly pointed out, craftsmanship wasn’t on Maria Grazia Chiuri’s priorities. Or so it seemed. According to the videos that have surfaced on Dior’s Instagram, the minimalist collection is deceivingly artisanal.

Documenting the detailed precision behind the simplistic pieces, the film had Chiuri discussing and questioning how couture could find its stance in the context of today where consumers are attuned to the speed of fast fashion. She said: “In the now, how [is best] to speak to an audience that need to understand that in Haute Couture that you need to do several fittings, that you need to wait, that there is beauty in waiting?” Above, press play.

Phoebe Philo’s first Céline collection is up for sale

We’ve survived through more than half a year without Phoebe Philo heading Céline. It’s a trying time, we know, so here’s a reward all deprived Philophiles will be ecstatic to hear: A special Phoebe Philo pop-up has opened at one of Tokyo’s leading archivist vintage shops, Laila Tokio. It’s set to stock about 35 rare pieces from Philo’s first-ever collection for Céline from Resort 2010 and Spring 2010 offerings.

In tandem with the reveal of Chanel’s Fall 2018 couture collection, show attendee Penélope Cruz was announced as the brand’s new ambassador chosen by Karl Lagerfeld himself, joining the likes of Kristen Stewart, Margot Robbie and Lily Rose-Depp. The Oscar-winning actress will star in Chanel’s Cruise 2019 campaign.

A post shared by Silvia Venturini Fendi (@silviaventurinifendi) on Jul 9, 2018 at 2:09pm PDT

Along with mama Kim Kardashian West and grandma Kris Jenner, North West makes an appearance for Fendi’s new series of #meandmypeekaboo campaign. Each has their own Peekaboo handbag, North’s is an on-trend mini version. This isn’t the power toddler’s first fashion gig  — her first shoot was when she was just 13 months old and she was invited once to sit front row at Alexander Wang next to Anna Wintour, where she threw a tantrum.