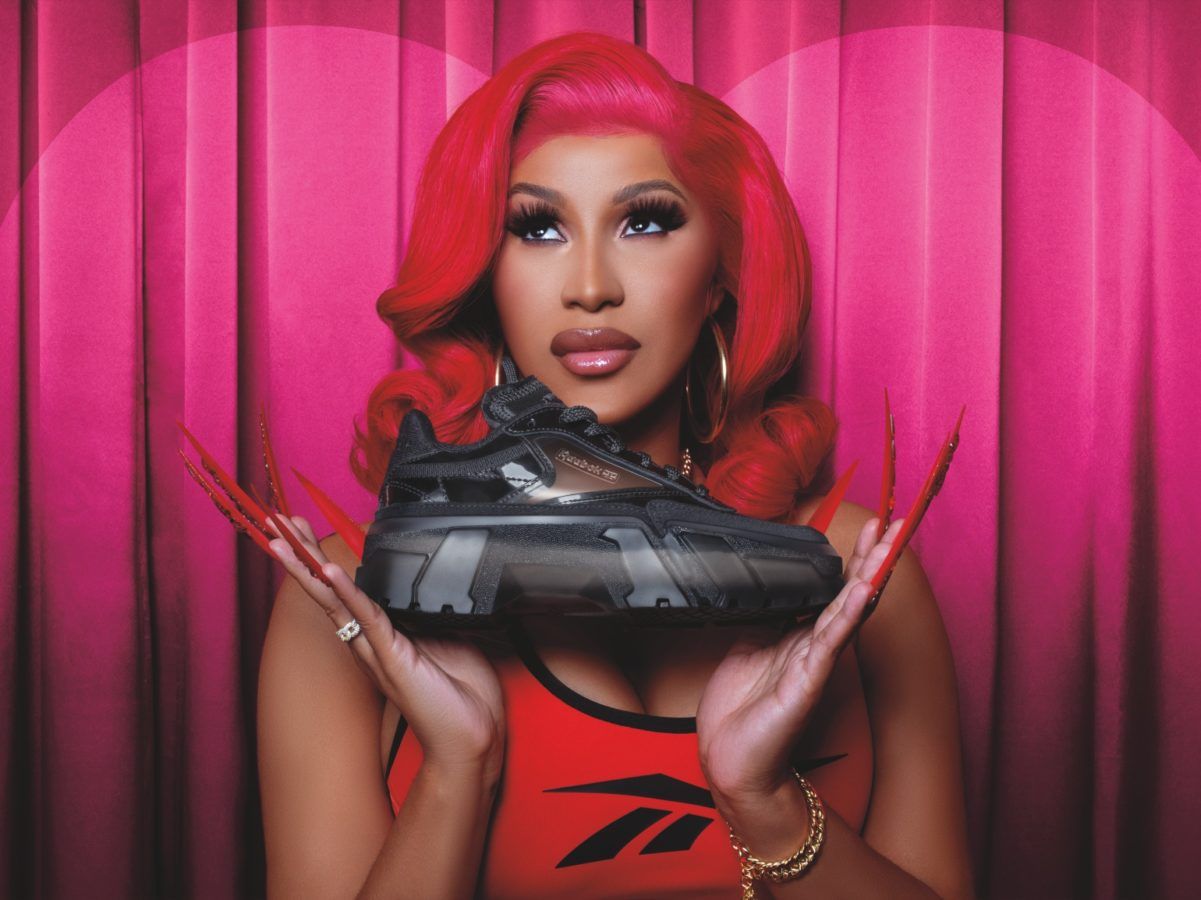 Move over WAP. Cardi B has a new gig.

The rapper and pop star announced her partnership with Reebok for a new line of women’s sneakers on her birthday last month via Instagram. A redesign of the 1985 ‘Club C’ silhouette, the new footwear line comes in two new designs: The Club C Cardi  and the Cardi Coated Club C Double.

Available across three colourways in red, white, and black, the sneakers are slated to release worldwide on November 13 and will be available on Reebook India’s online store on November 14.

The Club C Cardi in white featuring a translucent charcoal gum sole was first released to limited fans last month and was instantly sold out. With Cardi’s gold logo emblazoned on the upper, the timeless colourway is sure to be a hit once the worldwide release hits stores. The Cardi Coated Club C Double features a thicker sole for a more flattering height and is available in tonal bright red, black and white and black styles, all revealing subtle gold detailing.

To support the launch of the new collection, Cardi B appears in an all-new campaign entitled ‘B Unexplainable,” which celebrates her unapologetic individuality, passion for design and her rapid personal growth as pop success and fashion icon.

This release marks the latest chapter of her partnership with Rebook, which started in 2018. At the time, Cardi B signed a deal to promote the ‘Aztrek’ sneaker, as well as to endorse some of Reebok’s apparel. Reebok was the first sportswear brand to begin partnering with hip hop artists and has historically worked closely with more female stars than men in order to appeal to its high percentage of female consumers. Its ever-growing ambassador roster includes the likes of Gigi Hadid, Gal Gadot, Ariana Grande, Kylie and Kendall Jenner, and more.

Sneakers Reebok Cardi B best sneakers
Evelyn Lok
Style
Sign up for our newsletters to have the latest stories delivered straight to your inbox every week.