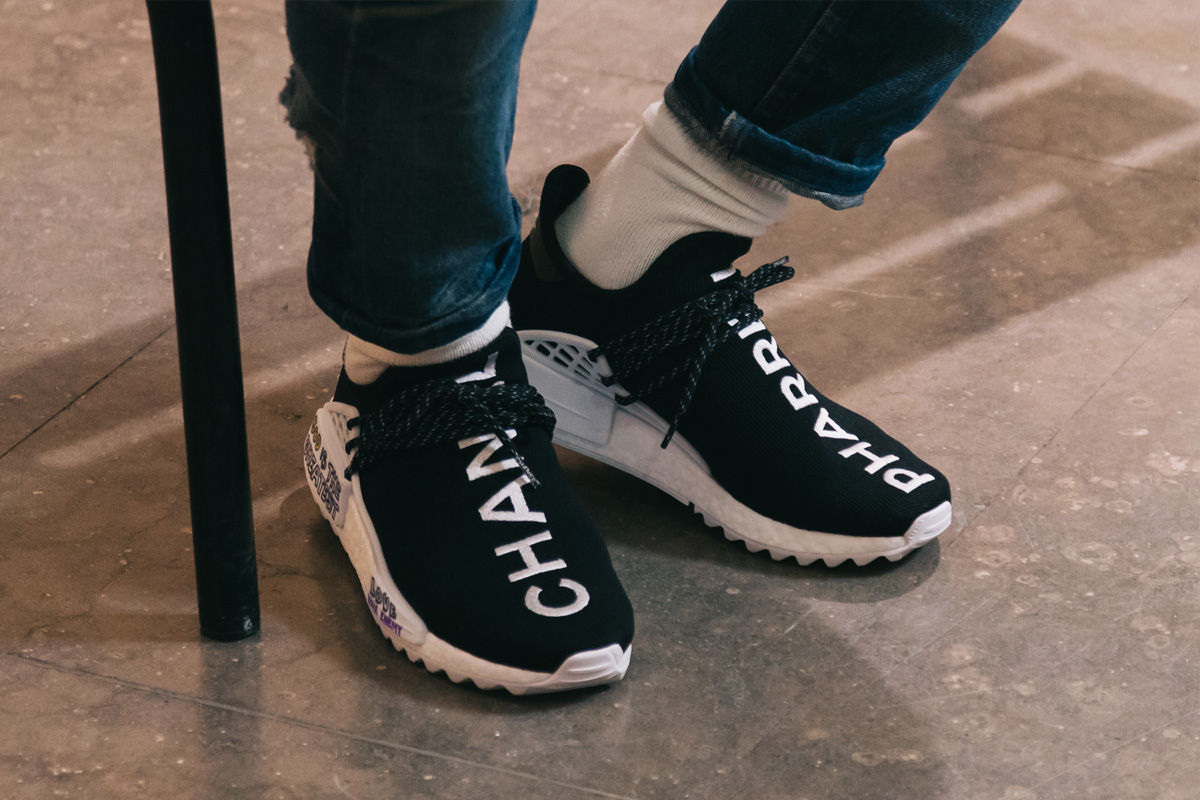 These Chanel x Adidas x Pharrell trainers at Colette will set you back S$54,000

Style
These Chanel x Adidas x Pharrell trainers at Colette will set you back S$54,000
Share this article
Next article

When Supreme didn’t have resources to make its own line of sneakers in 1999, the then-nascent New York skatewear label approached DC Shoes. Alas, the reception for the world’s inaugural shoe collab had little to no fanfare: No round-the-block queues, no Insta-bragging rights, no 300 percent resell price tags.

Eighteen years and several smartphone evolutions later, this scenario sounds outrageously bizarre. Cross-brand collaborations have shaped the most defining fashion moments of 2017, what with their overnight camp-outs and relentless hashtags. Even revered Parisian maison Chanel finally couldn’t help but jump on the cash cow bandwagon.

For the very first time, the ultra-exclusive Chanel teams up for the year’s biggest sneaker collab — cementing its name alongside other mammoth brands that’ll set the hearts of any fashion fan and sneakerhead aflutter. It’s the quadruple-name threat: Chanel x Adidas Originals Hu NMD trainers designed by Pharrell Williams, and exclusive to fashion boutique Colette Paris — which will officially close its doors for good next month, further heightening its already-inimitable appeal.

Released on 23 November in tandem with Chanel’s takeover at Colette, 120,000 people signed up for the random ballot system to get their hands on the 500-pair limited edition sneakers. The lucky first? Justin Timberlake, who is currently working with Williams on his upcoming album.

While they were originally retailing in-store for around S$1,600, Williams told WWD that he thinks they will resell for as much as S$53,800. And his prediction didn’t fall too far off: At the time of publication, the highest bid on eBay hit S$47,000. Williams was quite on the money after all.

Chanel x Adidas x Pharrell Hu NMD was launched on 23 November exclusively at Colette Paris as part of Chanel’s takeover of the boutique.