Icons before Instagram: How Coco Chanel changed the course of history

Style
Icons before Instagram: How Coco Chanel changed the course of history
Share this article
Next article

Gabrielle “Coco” Chanel once said, “In order to be irreplaceable, one must always be different.” Wise words from the storied fashion legend, who would have turned 134 years old this Saturday, and who is most certainly irreplaceable for her own immaculate style. She may have passed away more than four decades ago, but it goes without saying that our fascination with Coco Chanel has yet to wane.

You’ve probably known her story from the immersive Inside Chanel video series, or watched one of the countless biopics tracking her life journey from living in an orphanage, to forging the indelible legacy of a multimillion maison. But within the tale that has been retold almost as many times Chanel’s quilted bags have been bootlegged, are imperishable gifts that Mademoiselle Chanel has unknowingly endowed us with.

From championing feminism in a period when it didn’t exist to introducing the LBD, here’s some of Coco’s achievements that we should be eternally grateful for.

A rebel at heart, Coco was clearly a feminist ahead of her time. She believed women should have the freedom to dress the way they liked, be whoever they wanted, and lead the lives they desired. One thing was for sure: Coco did not play by anyone’s rules.

Placing intuition above pragmatism, the free-spirited creative introduced a sportswear collection made up of jersey garments in 1913 at her shop in Deauville, France. Eschewing the corset’s fashionable silhouette in favour of lightweight and laid-back separates, her risky venture completely changed women’s relationship with their bodies and their ways of life. The collection became a massive hit.

Freedom from the corset’s restrictive bondage wasn’t the only change Coco sparked. Adamant on determining her own future, the female entrepreneur had the sky as her limit. In an era when gender equality was still disparaged, Coco’s ambitions were more often than not met with scorn. But her skyrocketing success cemented her pioneering girlboss status; a push that early 1900s women needed towards believing in the possibility of wearing the pants — and owning them.

We, ladies, take pants for granted now, don’t we? We get up, we take a shower, and we put on our pants one leg at a time — just like everyone else. However, 80 years ago, that concept was strictly reserved for bearers of XY chromosomes. Fortunately, along came Coco.

After ditching the corset, she decided that women should have the right to wearing pants on a daily basis whenever they felt like it. While women often had to wear trousers when working in traditionally male jobs during the war, it was Coco who played an integral part in accelerating pants’ popularity as a fashion item.

While at a society beach resort in Deauville, she opted to wear sailor’s pants instead of a swimming costume to avoid exposing herself. Soon enough, the style swiftly spread as her legions of followers emulated her.

“I gave women a sense of freedom,” she once said. “I gave them back their bodies: Bodies that were drenched in sweat, due to fashion’s finery, lace, corsets, underclothes and padding.”

There are many more timeless creations that can be duly credited to Coco Chanel’s doing (the tweed jacket, two-tone heels, Chanel No.5 et al.), yet there’s nothing as important to our wardrobe as the Little Black Dress, or more affectionally nicknamed the LBD. Well, yes, Chanel technically wasn’t the genius behind the world’s first black dress, she revolutionised what was once a mourning-only uniform, to every lady’s foolproof, all-occasion garment.

For her, black was the definition of simple elegance. Not everyone agreed, though. Among the unimpressed was rival couturier Paul Poiret, who is said to have sniped at her in the street: “What are you in mourning for, Mademoiselle?” The equally sharp-tongued Coco is said to have retorted: “For you, dear Monsieur.”

Coco’s LBD made its splashing debut on Vogue’s 1926 cover, and was dubbed by the editors as her “first black Ford” in prediction that the straight, long-sleeved design in unlined crèpe de chine would “become sort of a uniform for all women of taste.” They were spot on. Almost 91 years later, the LBD power endures.

Famously outspoken, Coco Chanel’s witticisms left quotable golds of which breadth and cleverness could be rivalled only by those of Karl Lagerfeld’s — the man who’s been reinterpreting the maison for the modern era. She regularly voiced her opinions on women’s style and contemporary dress, and they still ring true up to this moment. 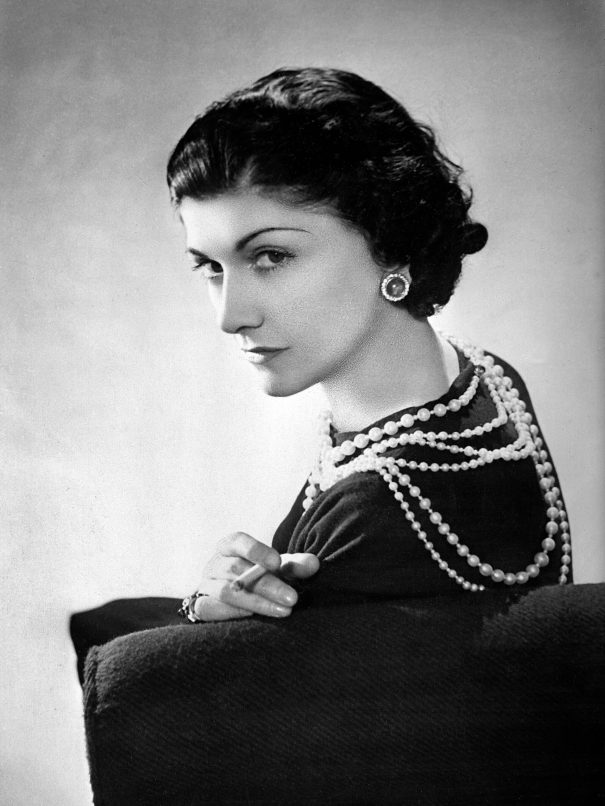 Take this one for instance: “Fashion has become a joke. The designers have forgotten that there are women inside the dresses… They must also be able to move, to get into a car without bursting their seams! Clothes must have a natural shape.” In the rise of extreme disproportion and silhouette exaggeration served by the likes of Demna Gvasalia for Vetements and Balenciaga, or John Galliano for Margiela, maybe it’s time we heeded the wise words of Mademoiselle Chanel.

Because after all, if longevity is what we’re looking for in making our sartorial choices, who else should we turn to other than Coco, who remains to be an unparalleled icon after more than a century? As aptly summed up by the icon herself: “Fashion passes, style remains.”