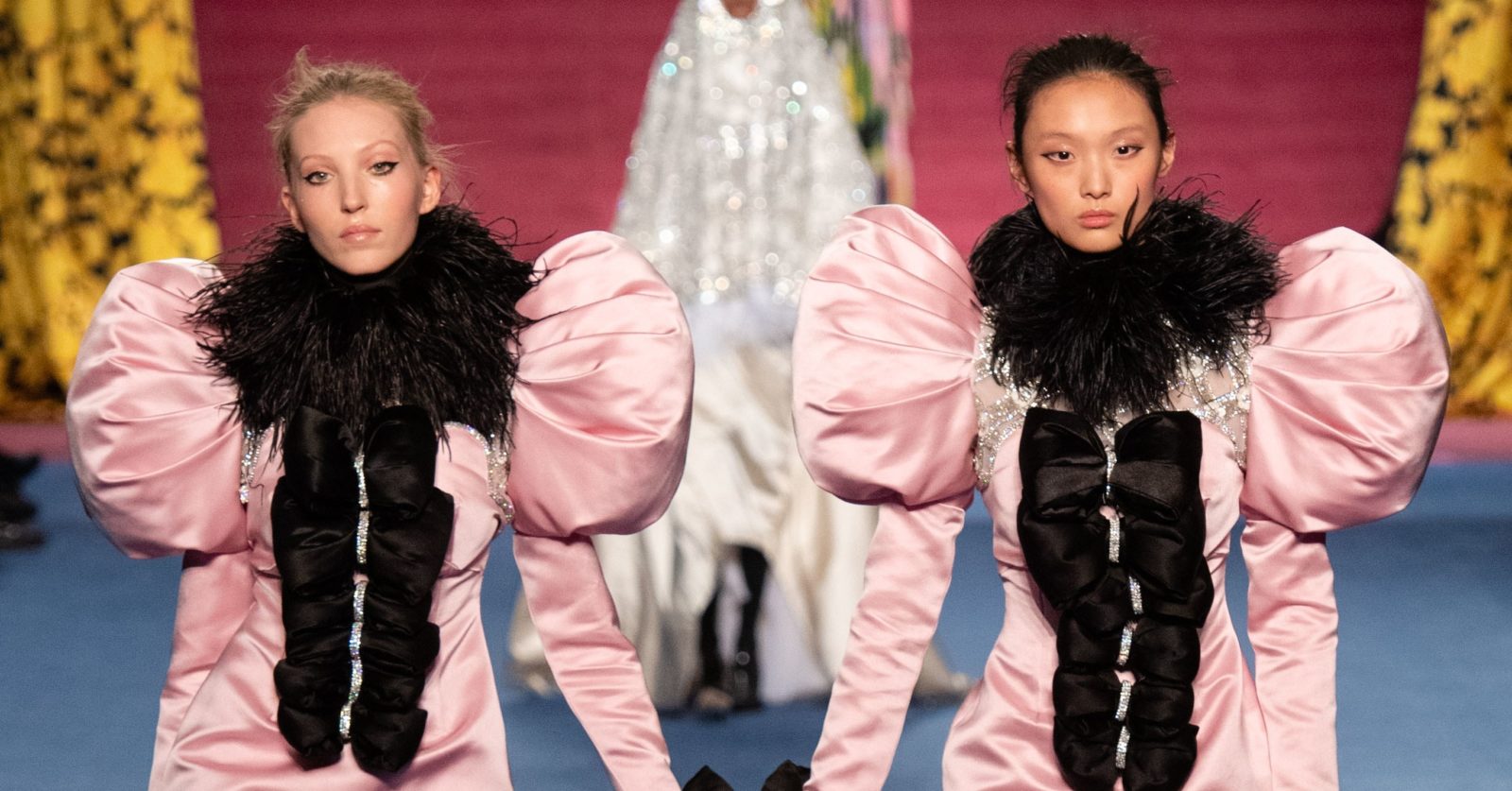 The most couture-worthy looks at London Fashion Week

Creativity is unbound in London. That’s how it’s always been in the city that nurtured Alexander McQueen, John Galliano, Phoebe Philo and countless other talents who have shaped fashion. And while its New York counterpart has been plagued with uncertainty lately, London Fashion Week is going strong with spectacular collections from names both old and new.

One that has been mentioned plenty this Fall/Winter 2020 season is Richard Quinn. The emerging British designer, whose debut runway show in 2018 was attended by the Queen, unveiled a fantastical collection of pearl-embellished, head-to-toe looks and voluminous gowns in vibrant florals. That description falls flat, of course, because Quinn’s creations were purely an extravagant feast for the eyes — one that has left the fashion crowd hungry for more.

“More” seemed to be the motto of other designers as well, especially Irish designer J.W. Anderson. The prospective Moncler collaborator blew up collars, sleeves and hemlines for his collection, sharply departing from the lithe, draped silhouettes that defined his past collections.

What Quinn, Anderson and several other London designers had in common this season was a renewed interest in haute couture. The spirits of 20th century masters like Cristóbal Balenciaga and Christian Dior lingered in their collections, but also mingled with the spirit of the times. Call it contemporary couture, one that speaks directly to the modern woman (and man, in Quinn’s case) — and one to rival the heritage-focused collections of Paris.

For a better picture, take a look at all the couture-worthy collections that awed and inspired at London Fashion Week below.

In the wake of Brexit, Richard Quinn brought his vision of an inclusive dream house to life. Anyone, regardless of their gender, race, religion, or even fetishes was welcome. To emphasise that point, Quinn introduced menswear looks for the first time, showing them alongside his signature ballooning ballgowns. Those dresses, rich with English florals, were styled with risqué black latex bodysuits. Other dresses came with matching printed headscarves, like the one worn by Ikram Abdi Omar (the Hijabi model was one of many in the show’s diverse cast).

The highlight, though, were the opening looks for men and women, which completely covered its wearers with pearls. Those glimmering suits and dresses were inspired by the Pearly Kings and Queens, icons of London’s working class. Apt, then, that Quinn called his collection “London working-class couture”.

As with every season, Simone Rocha examined the passages of a woman’s life at every angle. There’s the beginning — her baptism — translated through snow-white frocks resembling christening gowns. Then, girlhood: pastel tulle dresses, flirty in their sheerness, were paired with satin bustiers and knee-high socks.

Marriage followed; Chantilly lace veils were crowned upon models in bubbled bridal gowns, adorned with pearls and the aforementioned schoolgirl socks (Chanel had made the same styling decision for its closing bridal couture look). Motherhood was encapsulated in designs that hinted at birthing gowns and maternity wear. The cycle of life was closed with darker, mourning ensembles, complete with prints of flowers that you would leave for the dead.

J.W. Anderson’s definition of modern style — or “Nouveau Chic”, as he called his collection — meant injecting everyday staples with extravagance. He wants the women who wear his clothes to make an entrance, and what better way to do that than with a strong coat? Except the British designer made his to look almost like armour with their massive leather collars, which spanned far past the models’ shoulders.

Those A-line coats, formidable in their appearance, were shown alongside more palatable versions featuring puffed sleeves and cinched waists. Anderson also evoked Lenny Kravitz’s scarf moment when he showed knit dresses blanketed by shawls. But make no mistake: the garments, though reminiscent of haute couture silhouettes, are meant to be worn for practical purposes.

Turkish designer Dilara Findikoglue made her F/W 2020 collection as she was going through a turbulent period of her life. The resulting looks are a reflection of her psyche, which she splits into “Light Dilara” and “Dark Dilara”.

The former could be seen in looks like a sheer organza dress styled with harness jewellery, or the pale pink tweed suit featuring a flirty, micro-miniskirt. “Dark Dilara” came to light in looks with the designer’s signature corsets, paired with silk and velvet garments that were slashed or cut.

The crowd favourite, though, was a look called “Self Destruction”: a ruched ensemble made of silk and lace, which came down the runway on a model holding a cat.

London Fashion Week LFW richard quinn fw20
You might also like ...
Style
Trend: Capes are a new way to introduce dynamic silhouettes to your closet
Style
The best looks from Paris Haute Couture Spring 2020
Pameyla Cambe
Senior Writer
Pameyla Cambe is a fashion and jewellery writer who believes that style and substance shouldn't be mutually exclusive. She makes sense of the world through Gothic novels, horror films and music. Lots of music.
Fashion Style Jewellery