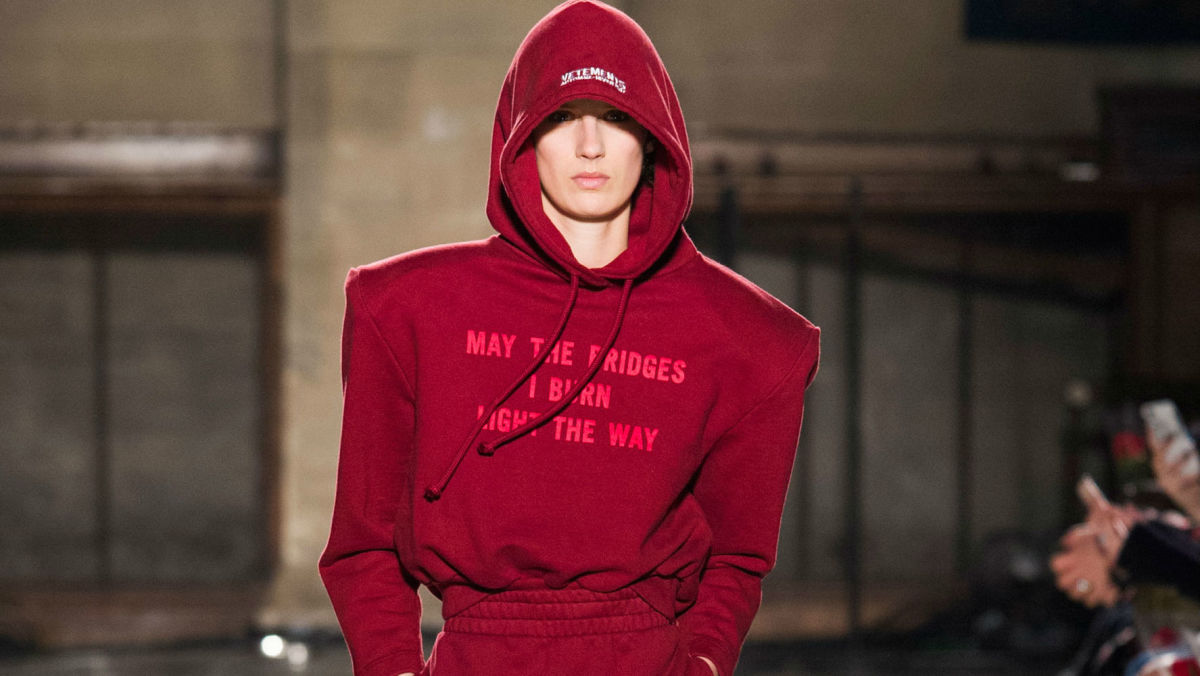 Demna Gvasalia has announced that he will leave his streetwear label, Vetements, in an exclusive with fashion news outlet WWD. The news arrives with the Georgian designer claiming that he has accomplished what he set out to do with the label and that Vetements can now stand on its two feet without his input, hence the decision to quit and invest focus on his main role as the creative director of Balenciaga. His brother, Guram Gvasalia, who co-owned the label with Demna, will now be running the brand independently.

Style
Peak irony: the rise and evolution of anti-fashion

When Vetements broke into international attention in 2014, the streetwear label garnered an impact that surpassed releasing mere covetable cult pieces. It became a name that redefined how the world conceived runway-worthy fashion by showcasing T-shirts emblazoned with the logos of McDonald’s and DHL, as well as resurrections of early 00’s labels like Juicy Couture as the brand’s ammunition.

“I started Vetements because I was bored of fashion, and against all odds fashion did change once and forever since Vetements appeared.”
Demna Gvasalia

“I started Vetements because I was bored of fashion, and against all odds fashion did change once and forever since Vetements appeared. So I feel that I have accomplished my mission of a conceptualist and design innovator,” Gvasalia told WWD.

Under Gvasalia, Vetements was an entity that symbolised an ironic approach to fashion (or anti-fashion, if you will) that merged lowbrow pop culture and the quotidian with high-end price tags. It’s a philosophy that many designers have adopted in the wake of Vetements’ extreme success, in particular after the news that Gvasalia received the acclaimed CDFA International Award in 2017.

Little has been revealed about Gvasalia’s next steps after his resignation, but we can expect his spirit to remain in Balenciaga. After all, it is under his helm that the Parisian luxury label sent knock-off Ikea Frakta bags and Crocs platforms down its runway.

To commemorate the end of an era that Gvasalia so powerfully shaped, we revisit some of Vetements’ most iconic looks.

Vetements Demna Gvasalia Style News
Beatrice Bowers
Features Editor
Beatrice Bowers writes about beauty, drinks, and other nice things. When not bound to her keyboard, she moonlights as a Niffler for novels and can be found en route to bankruptcy at your nearest bookstore. Don't tell her boss.
Drinks Beauty