Home > Style > Fashion > Will we download our clothes in the future? 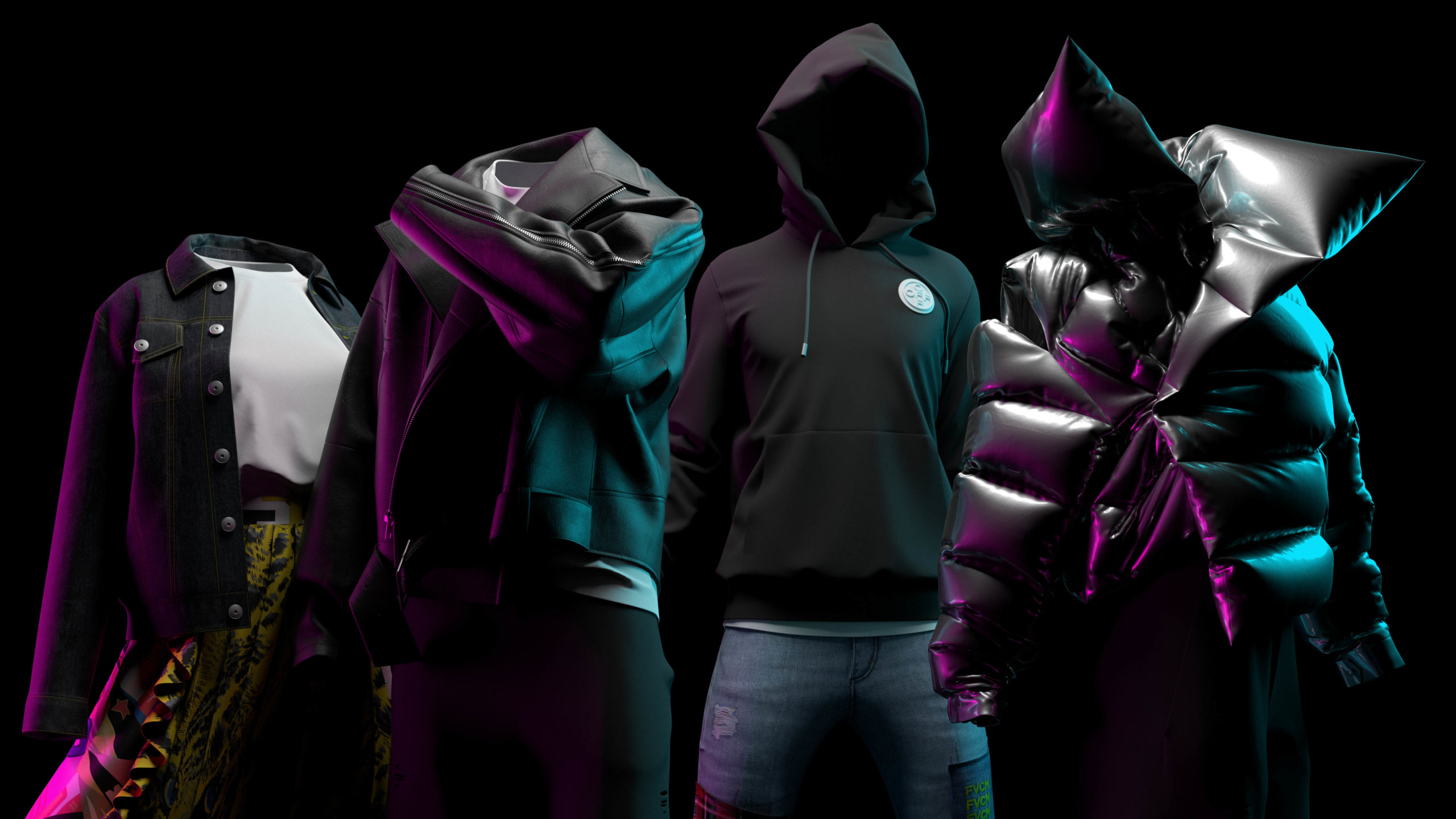 Remember spending hours on your computer as a kid, raptly tweaking your Sim’s outfit until you deemed it the most faithful expression of your style?

If you don’t, good for you. You actually had a life. But if you’ve ever lived vicariously through a virtual avatar, you’d know that the desire to own a certain piece of digital clothing can be very real — just as real as the US$9,500 that was spent last year on a dress by Fabricant, the world’s first digital fashion company.

The dress in question, named “Iridescence”, was entirely generated with 3D design software. It doesn’t exist in real life, but it can be “worn” by being digitally superimposed on an image of its owner, as Fabricant has done below.

“Iridescence” is just one of the many digital clothing pieces designed by Fabricant. On its website, the Amsterdam-based company offers an array of hyperrealistic, highly-textured 3D garments to download for free. These are painstakingly designed with complex materials, some resembling fabrics like leather and denim, others boasting an otherworldly quality such as the glossy material of the “Iridescence” dress. The clothes are also based on 2D garment patterns, so they follow the fit and drape of the clothes we wear in real life.

Fabricant’s designs aren’t the only digital clothing in (virtual) existence. In 2018, Swedish fashion retailer Carlings released a digital capsule titled “Neo Ex”, which featured genderless and sizeless streetwear pieces like metallic sweaters, puffer jackets and printed track pants. Like at Fabricant, shoppers would upload a picture of themselves for their purchases to be specially “fitted” onto them by a team of 3D designers.

The collection was a hit, selling out within a month.

As baffling as the idea of digital clothing may be, its appeal is pretty straightforward. Firstly, it’s great for the environment. Digital clothing does away with production and shipping, both of which result in harmful carbon emissions that the fashion industry is particularly guilty of. You can shop to your heart’s content without worrying about your environmental impact — you’re barely leaving any.

Secondly, digital clothing feeds our social media-driven desire for the new without wasting resources. As much as we may talk about shopping sustainably, maintaining a cool online presence requires new clothing, which essentially means more clothing. Not in the case of digital clothing, though. They have the advantage of being distinctive enough to show off in an #OOTD without needing to be worn again. Clout chasers, rejoice.

To Fabricant, digital clothing also represents total creative freedom. Designers are free to experiment with new textures and forms without the restraints of the material world. That also means they can conjure something as unique and technical as haute couture; the pixel designs do require just as much craftsmanship as the real thing, after all.

Another bonus: digital clothing is inherently inclusive. They can be mapped to fit bodies of any shape and size, so everyone can wear them. No more worrying about whether a garment is available in your size, especially if you’re plus-sized.

While you can’t actually wear digital clothing, you still have plenty of reasons to own them. We already live so much of our lives digitally, anyway; why not take our wardrobes virtual?

Luxury fashion brands are certainly starting to embrace the idea. Last year, Gucci launched an augmented reality app that let users “try on” its Ace sneakers. Dior created Instagram and Facebook filters that let users wear virtual versions of the brand’s sunglasses. Fabricant has also been commissioned by Hong Kong fashion retailer I.T to digitize designs by Alexander McQueen, Helmut Lang and Marques Almeida, the last of which now has a digital puffer jacket up for download.

Fashion is slowly picking up on the profitability of virtual assets, which the multi-billion dollar gaming industry has long proven. That’s why tie-ups between luxury brands and video games bank on exactly that. Last year, Moschino released a virtual clothing capsule collection for The Sims, which users can dress up their avatars with. More recently, Louis Vuitton became the first luxury brand to team up with League of Legends and design an exclusive character skin for the video game.

There may still be a long way to go before we’re hyping up digital sneakers and flaunting virtual handbags, but until then, at least we still have The Sims.