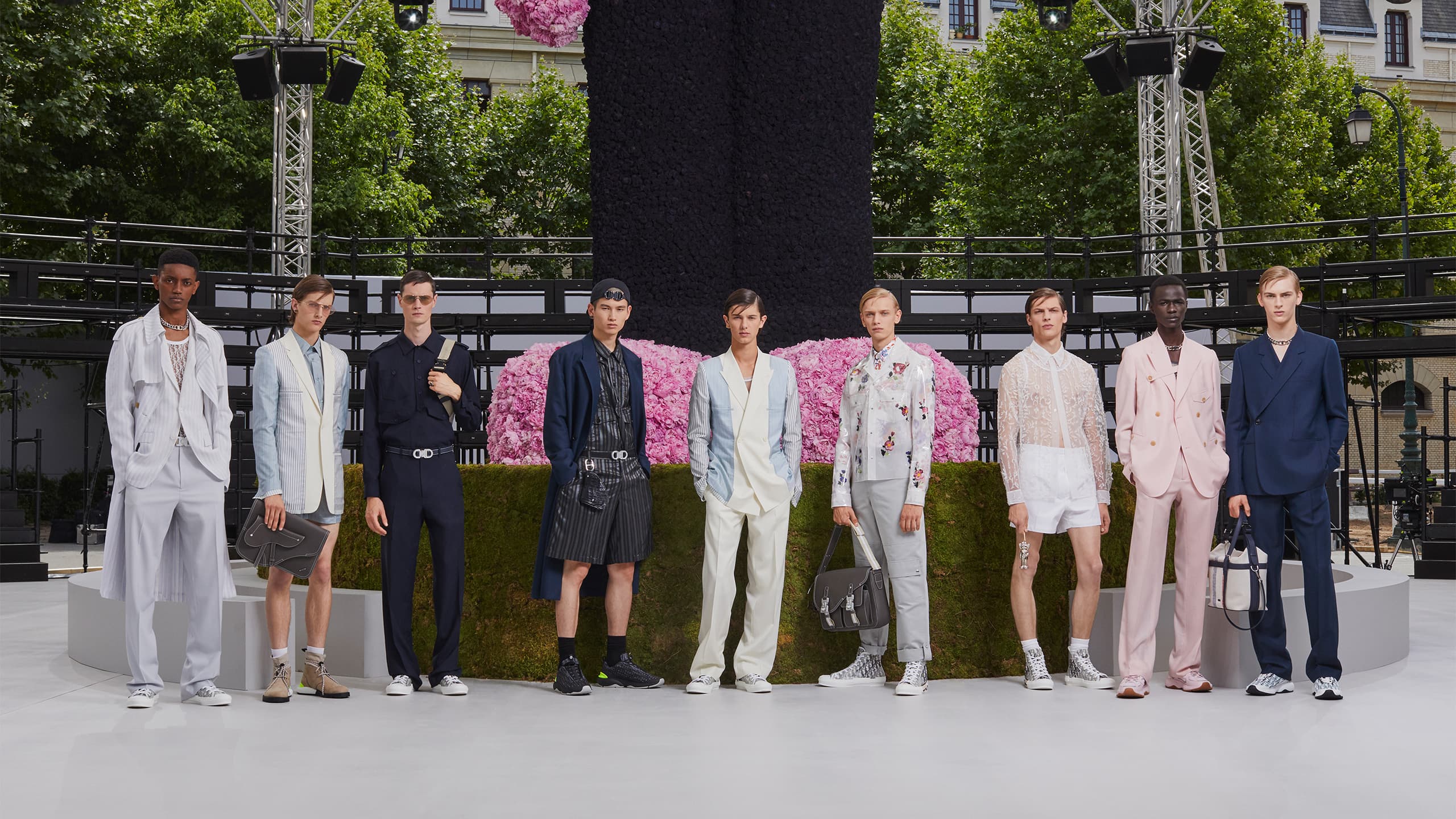 The most anticipated Dior Men’s collection is now in stores

Fewer debut collections have had as anticipated a release as Kim Jones’ debut for Dior Men’s Summer 2019. His cult-like following flocked from Louis Vuitton to Dior, and have been waiting eagerly for his first collection to drop since.

Maybe it’s because he brought a more masculine silhouette to the highly coveted Saddle bag, and added a buckle created by Matthew Williams of 1017 ALYX 9SM. Perhaps it’s because instead of completely reinventing the wheel and the house’s design codes, his first collection for Dior Men’s is an ode to the romanticism of Monsieur Christian Dior himself.

Christian Dior was part of couture’s old guard, and Jones chose to honour that in the collection. Traditionally feminine fabrics like tulle, soft leather and feathers made its way onto well-tailored suits that still had a soft structure, an identity so quintessential to the metrosexual millennial.

Despite harking back to an era that has since past, Jones did not forget who his clientele was. Smart double-breasted jackets in a cool Prussian blue were juxtaposed in the lookbook with sneakers of all cuts.

Let’s also not forget the many collaborators that Jones tapped to help furnish his collection. Aside from Williams, he also engaged Yoon from Ambush, Kaws, and Stephen Jones to help create the pieces, from jewellery to the set design to the hats which bore the Saddle silhouette. This decision was not a “just because” decision, but another homage to the spirit of community Christian Dior embodied when he was a master couturier.

With that much star power imbued into its identity, this debut collection from Jones will probably go down in history as one of the most iconic for the house (and for menswear, too). So get your wallets and credit cards ready, because it’s time to shop.