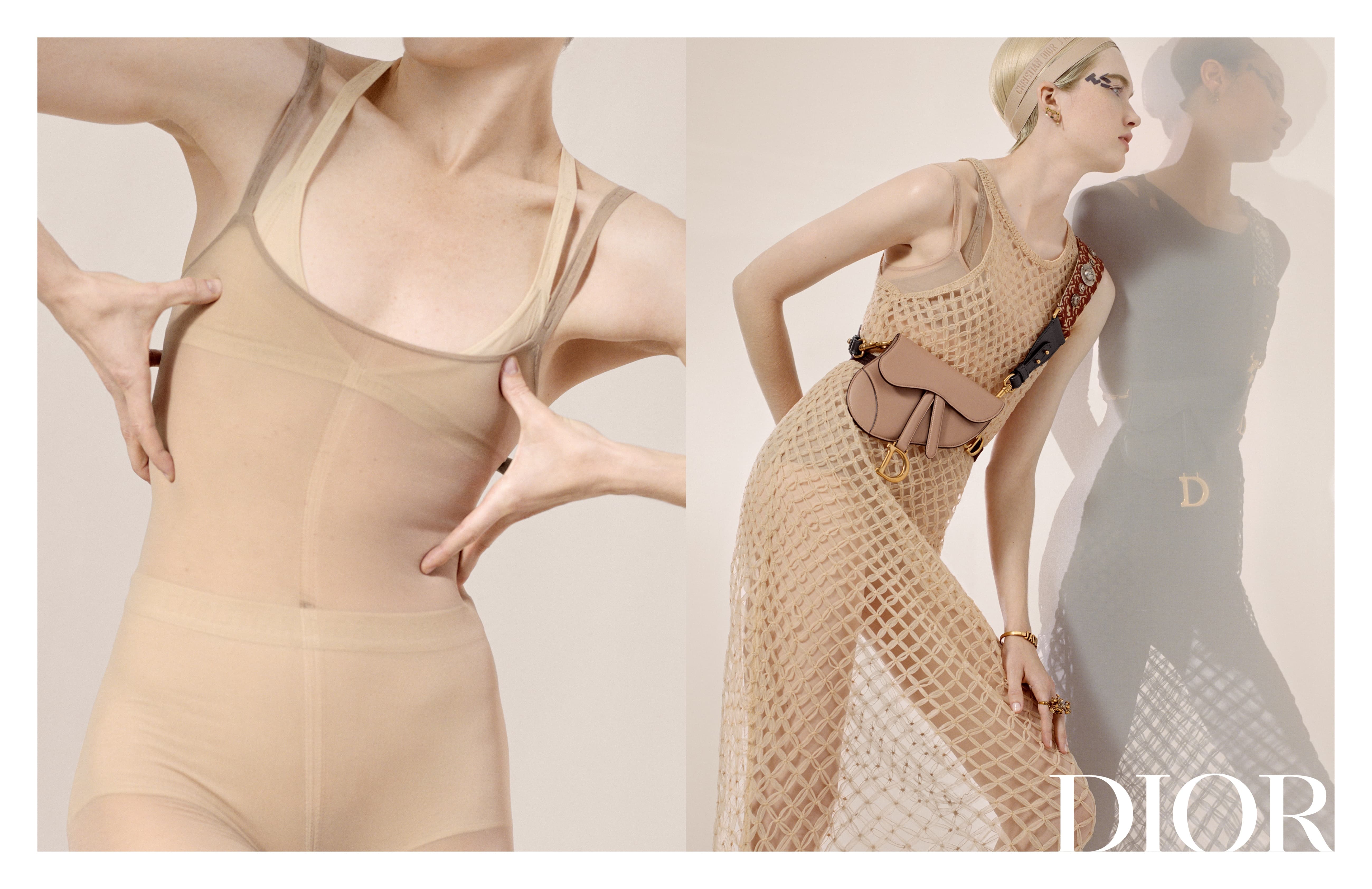 At creative director Maria Grazia Chiuri’s sixth ready-to-wear SS ‘19 show for Dior, staged at Hippodrome de Paris Longchamp last September, the entrance to the cavernous space was emblazoned with large quotes by contemporary dance icons. One by German dancer Pina Bausch read, “I’m not interested in how people move, I’m interested in what makes them move,” while the other by the legendary Isadora Duncan said, “Dance is the movement of the universe concentrated in an individual.”

As the show progressed, it became evident that Chiuri’s latest collection stood at the intersection of dance and fashion. Her idea was translated beautifully by Israeli choreographer Sharon Eyal, and longtime Dior collaborator and set designer Alexandre de Betak, who covered the runway in pastel petals. Out came a parade of models clad in ethereal tulle gowns, leotards paired with diaphanous floor-sweeping skirts, fishnet vests and leggings layered under earthy-hued dresses, and lace-up ballerina-inspired shoes.

It’s no surprise then that the same idea has been captured in Dior’s latest SS ’19 campaign as well. Shot by British photographer Harley Weir, Chiuri’s fascination for nude tones is seen in the imagery. Models almost dance, effortlessly in sync with the feel of the collection. “My work is related to the celebration of the body through clothing, and the opportunity it offers us in how we represent ourselves in the eyes of others, as well as in our own eyes,” Chiuri says about her campaign, which makes sure that the celebration of the female form continues.

Featured is a crinkled, metallic gown with a deep cleavage juxtaposed against models in leotards. The lightness and modernity of the collection is also reflected in an off-shouldered, cream-hued, fluid jersey gown worn by British model Ruth Bell, who channels her inner Isadora Duncan in the campaign. Bell is also seen wearing an airy mesh dress with Dior’s iconic saddle bag, which made a glorious comeback on SS ’19 runway. To further capture the poetic feel, Bell is also seen peeking through diaphanous fabric, a pair of ballerinas hanging from her arms.

Model Selena Forrest, also a part of the campaign, translates the moves of the iconic dancer Martha Graham wearing a taupe dress, paired with Dior’s new ‘D-connect’ sneakers. Mariko Kakizaki, Rebecca Hytting, and Keren Lurie Pardes, dancers from the Sharon Eyal company, are featured in the campaign as well.

Dior Maria Grazia Chiuri Dior S/S19 campaign fashion campaigns fashion and dance
Anupam Dabral
Sr. Associate Editor
It was while studying fashion journalism at London College of Fashion that Anupam developed a keen interest in the anthropological aspect of the discipline; for him, fashion only makes sense when seen in the context of its environment. He is always on the hunt for great stories, and in his spare time binge-watches films/shows starring Whoopi Goldberg, Dawn French and Jennifer Saunders.
Fashion Jewellery Style