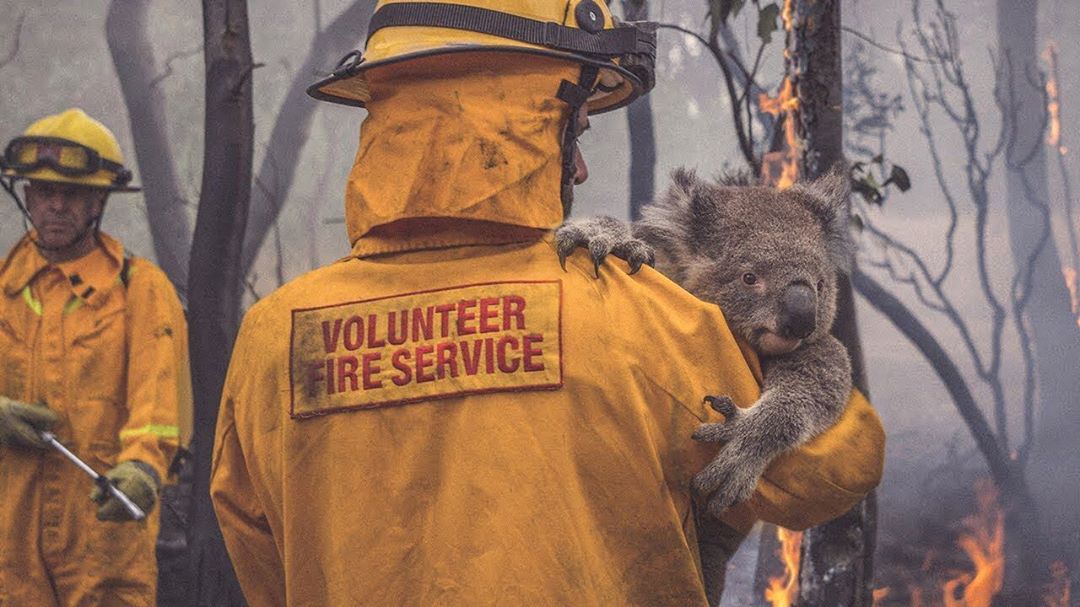 How fashion brands are supporting the Australian wildfires relief

As of today, 25 million acres of land have been lost to Australia’s bushfires. If you’re wondering, that’s roughly the size of South Korea. Here’s another horrifying visual: the smoke from the fires, which are believed to have killed one billion animals, can be seen from space.

While Australia’s inferno burns on, eco-conscious fashion brands are showing some compassion. Kering, the luxury conglomerate that owns Gucci, Bottega Veneta, Saint Laurent and Alexander McQueen, has donated AUD $1 million to fund various Australian organizations in the relief efforts. In line with the sustainability-focused Fashion Pact it signed last year, the group has also stated that it will participate in future reforestation and biodiversity programs. Kering brands will also introduce initiatives to fight against the disaster.

One such brand that has shown its support is Balenciaga. Last week, the Demna Gvasalia-led label unveiled a unisex hoodie and a T-shirt featuring an adorable illustration of a koala — one of the many wildlife species currently threatened by the bushfires. The pieces go on sale exclusively on Balenciaga’s website today, with all proceeds from the sales to be donated to an Australian conservation organization.

Kering isn’t the only fashion company that has contributed to the cause. PVH, home to iconic American brands Calvin Klein, Tommy Hilfiger and Van Heusen, has donated AUD $100,000 to the Australian Red Cross Disaster Relief and Recovery Fund. As the name suggests, the funds support rescue and relief efforts, as well as long-term recovery and rebuilding. That’s not all: for the rest of the month, PVH stores in Australia are accepting donations that will go to the non-profit organization.

The Coach Foundation has made a similarly sizeable contribution, too. Run by luxury leather goods brand Coach, the charity has donated US $100,000 (AUD $145,000) to the Australian Red Cross. Tapestry, which helms both Coach and Kate Spade New York, has also implemented a program that will match any donations from its charity employees to a relief organization of their choice.

But luxury labels aren’t the only ones lending a helping a hand. Dozens of smaller fashion brands, mostly from Australia, have taken to Instagram to ask for support and donations. Below, we list out some of the most notable examples.

With Jéan, whose summer dresses have been worn by It-girls like Bella Hadid and Emily Ratajkowski, has donated almost AUD $70,000 of its profits to the Australian Red Cross.

Faithfull the Brand, another influencer-favourite based in Australia, has likewise contributed to the cause. Earlier this month, it donated all the profits from its sales between January 1 to 7 to Wires Wild Life Rescue and NSW Rural Fire Service.

Sydney-based accessories label Brie Leon has contributed funds to various organisations, including NSW Rural Fire Service, Red Cross Australia and Salvation Army of Australia. The brand will also be collecting more donations before the end of the month.

Australian sunglasses brand Le Specs donated all of the profits it made from online sales between January 6 to 12 to WIRES Wildlife Rescue, the largest charitable organisation for the rescue and rehabilitation of wild animals in Australia.

Posse, another Sydney-based label, took a different approach: it has organized an online raffle, for which 1,000 tickets are available to purchase for AUD $50 each. Winners will be awarded with vintage-inspired designs from the fashion and accessories brand, while 100% of the profits from the ticket sales will go to Red Cross Australia and Wires Wild Life Rescue.