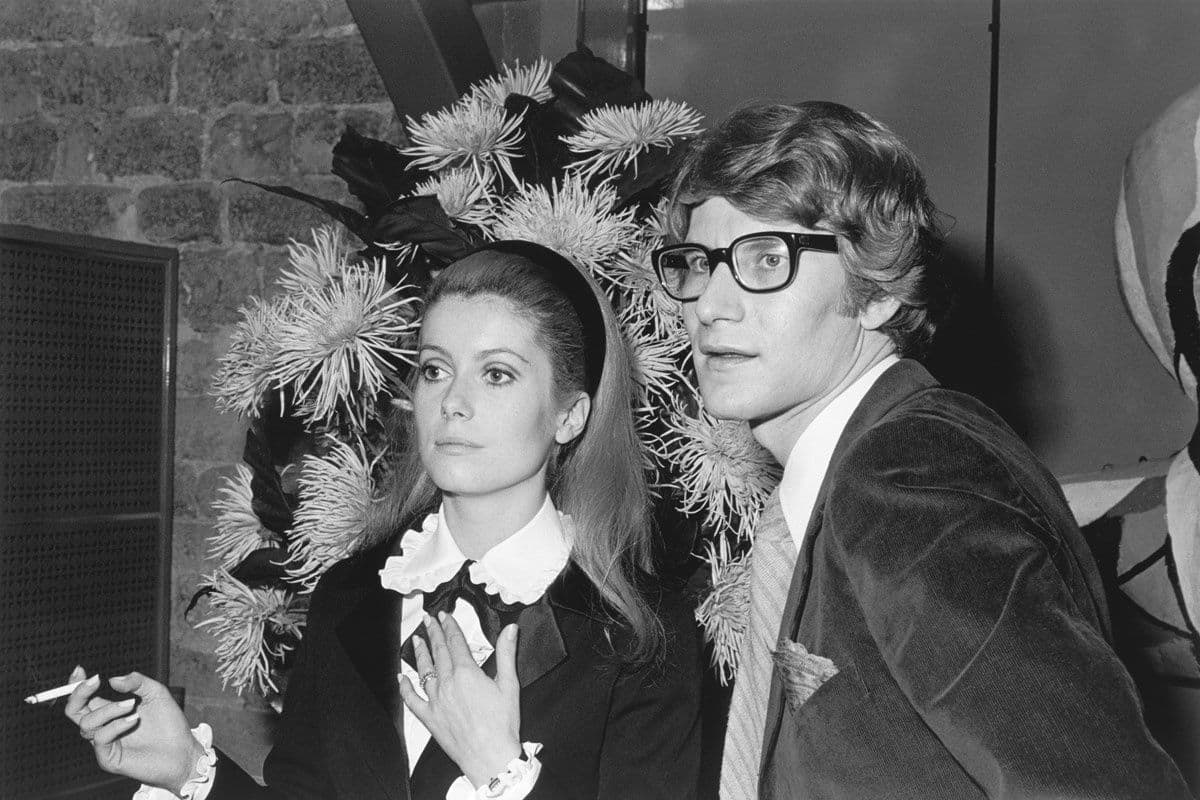 The 95th edition of Pitti Uomo just concluded, where an eclectic mix of menswear prevailed over the traditional peacocking suits of old. The traditional three-piece suit with a pocket square and brogues outfit gave way to the trend of “less-is-more”, meaning that we saw more overcoats, leisure-dressing and bomber jackets.

But the rest of the world doesn’t stop for the trade show in Florence. Elsewhere, we’re gearing up for the annual fashion season, where the Met Gala will round things off nicely (in May, no less). Before we start though, here are the highlights from Pitti Uomo, Milan Fashion Week Men’s, and more fashion news. Yves Saint Laurent has been heralded as one of the greatest fashion designers of all time, and his couture creations have been coveted by vintage hunters from everywhere, not just because they have a “Yves” tacked onto the tag. One lady had the privilege of being dressed by the legendary couturier for over four decades, and her name is Catherine Deneuve.

Now, the actress is bestowing upon us mortals a tease of what it would be like to be Saint Laurent’s muse in an auction of around 300 pieces from her personal wardrobe. The duo met more than 50 years ago in 1965 when Deneuve commissioned Saint Laurent for a dress she would wear to meet the Queen. That first interaction was the spark in what became a long friendship between the two that would make any couture lover green with envy.

“His consummate gravitas during the fittings, together with his shy charm outside the atelier, made all the years we shared together so enchanting,” says Deneuve. “Our silent complicity, our crazy laughter and our melancholy brought us together.”

Some highlights from the auction include a beaded evening dress Deneuve wore in 1969 when she met Alfred Hitchcock (she mused later to the Financial Times that the dress was accompanied by the regret of not having worked with him) and a blue chiffon gown that she wore to the 1997 Cannes Film Festival. There are also some variations of Saint Laurent’s Le Smoking tuxedo created especially for Deneuve, way before power dressing even entered our vernacular.

‘Catherine Deneuve and Yves Saint-Laurent’ take place January 24 at Christie’s Paris, with the online sale taking place from January 23 to 30. The signature quotation marks seen here on this pullover. To kick start another year of fashion collaborations, we have what might be the biggest announcement coming in. The fashion retailers Mr Porter and Virgil Abloh’s Off-White have teamed up on an office-inspired capsule collection that’s set to redefine style in the workplace.

Titled “Modern Office,” the collection boasts 44 pieces spread out over 20 ready-to-wear pieces, 18 accessories, and 6 footwear pieces. While highlighting the very thesis of Off-White by exploring its namesake colour and how it contrasts with more tonal hues, the collection also engages a symphony of fabrics that make officewear no longer a drab.

As expected from an Off-White collaboration, Abloh’s signature quotation marks and arrowheads will be present, albeit a little subtler than in his main line. “I’m happy to have our worlds collide introducing the Mr Porter consumer who may not be aware of Off-White and bringing the Off-White customer who may not be aware of Mr Porter to an elevated place of luxury shopping,” said Abloh in a statement announcing the collection. While we admire his humility, anyone in tune with fashion would be familiar with both Mr Porter and Off-White.

“Modern Office” sets a very high bar for all future collaboration collections coming to us in 2019. It will be available exclusively on Mr Porter come January 21.

Thanks to everyone who came out to celebrate our partnership with Naked Heart Foundation. Hope to see you in London for the #FundFair on 02.18.2019

What’s a fashion week without a party? At the cusp of Milan Fashion Week Men’s, Natalia Vodianova’s Naked Heart Foundation and luxury retailers Luisa Via Roma announced a partnership with a fete. This comes just before Vodianova’s annual Fabulous Fund Fairs: a one-night-only event held in conjunction with London Fashion Week to promote her charity.

The supermodel/philanthropist announced during the party that the benefit happening in February will be themed after Federico Fellini’s La Dolce Vita, which will see the Camden Roundhouse transformed into a Roman landscape, Trevi Fountain and all included.

In total, the Naked Heart Foundation has raised over 40 million euros worldwide, including all five editions of the Fabulous Fund Fair where tickets are at least £1,000. This year’s festivities will take place on February 18, and only 500 tickets will be available. 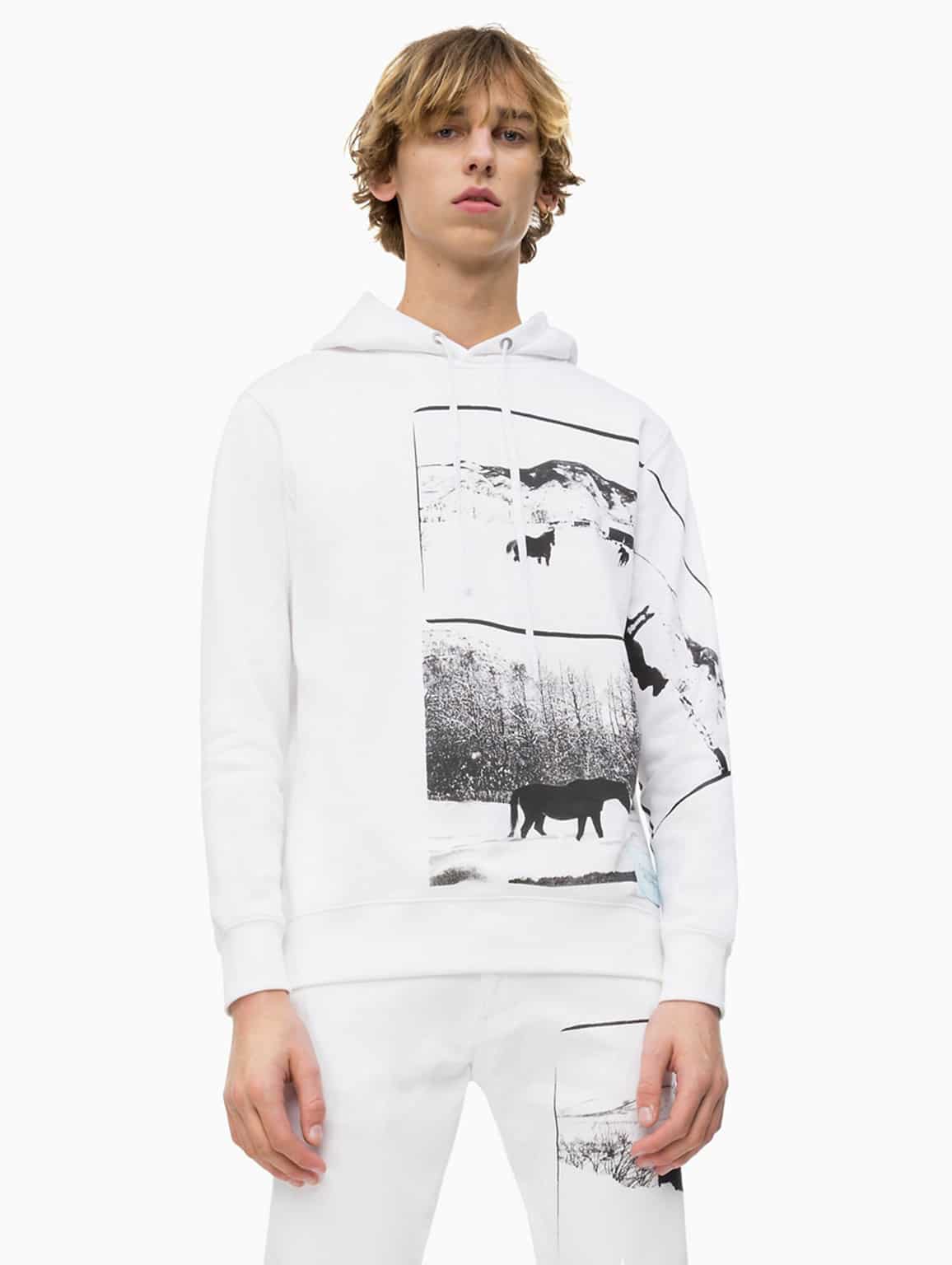 A white hoodie from the Landscapes collection. 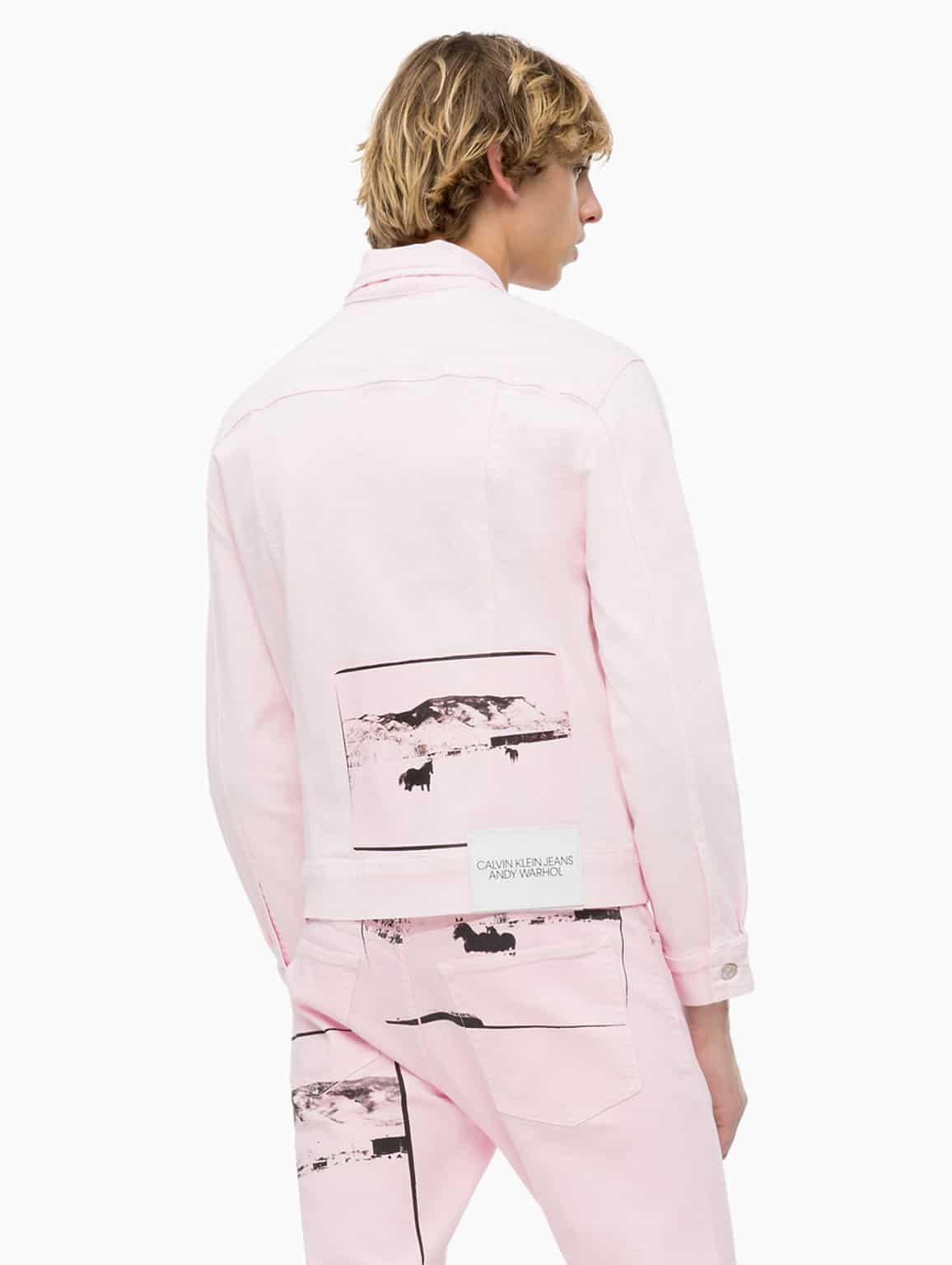 A pink denim shirt from the Landscapes collection.

It’s hard not to imagine Calvin Klein and Andy Warhol partying together at the legendary hedonist’s haven, Studio 54. In fact, they were pictured together in one of the club’s most iconic images. Decades later, the respective legacies of the duo again join forces in the fourth edition of the ongoing Calvin Klein and The Andy Warhol Foundation collaboration.

Titled “Landscapes,” the collection features a range of Warhol’s recently discovered photographs of Aspen, Colorado imprinted on a variety of jackets, shirts, jeans, and backpacks. The monochromatic prints are a stark contrast to the bright hues of the clothes, which come in black, white, teal, and pink.

Why Aspen? Warhol was famously in love with the mountainous countryside, and once wrote the following about the popular celebrity retreat: “When you leave the city and go out in the country you’re always tempted to think, ‘This is the real America. The air smells so great and the land with nothing on it looks so peaceful, and you remember all the wonderful things about being away from town with everything quiet and calm for a change.”

Keeping in line with the logomania craze, there is also a bomber jacket with the words “WARHOL” emblazoned across the chest.