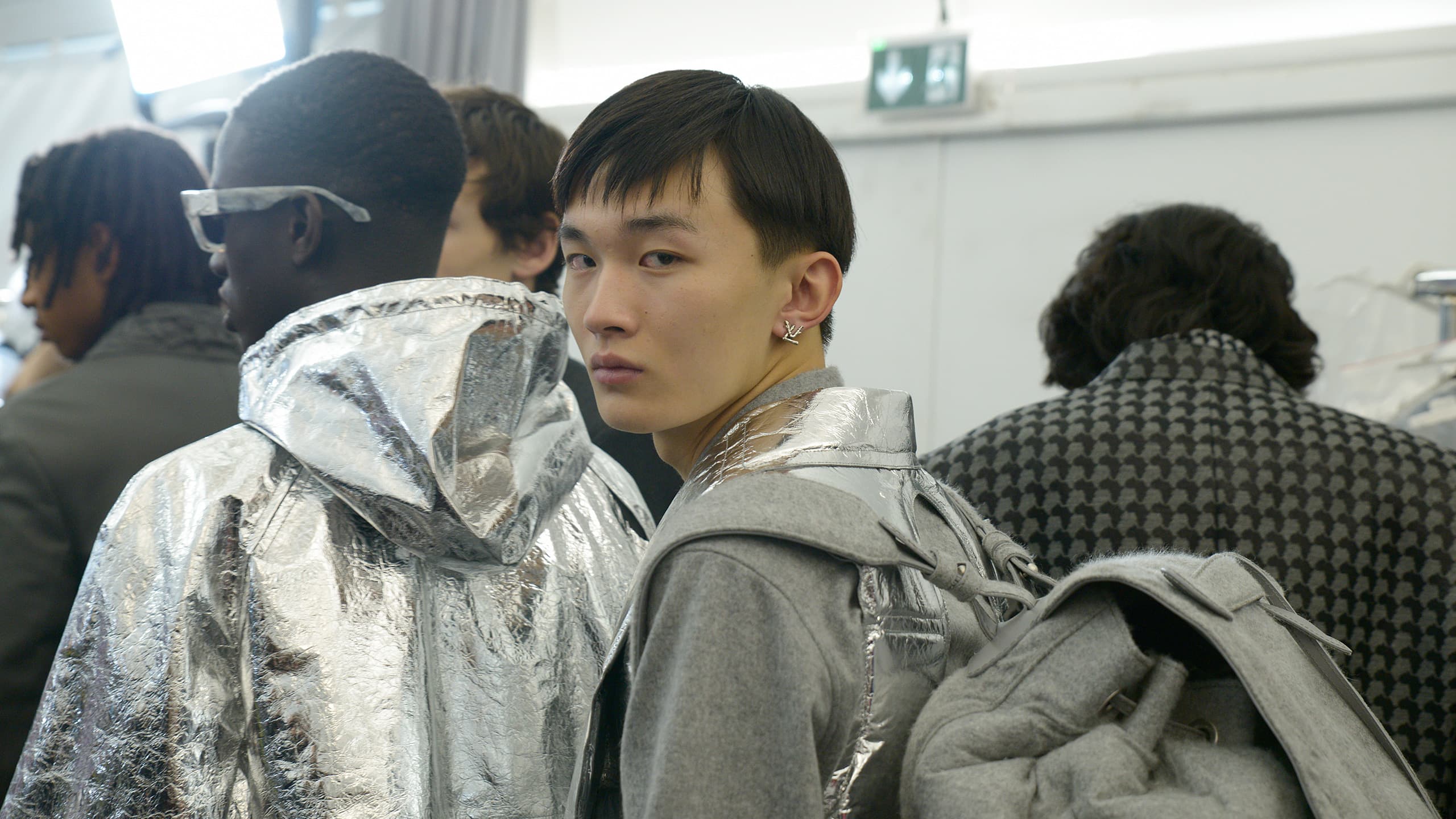 In the midst of all the hubbub surrounding Paris Fashion Week Men’s and Haute Couture, there was an event that caused a shift in the Instagram hierarchy: an egg dethroned Kylie Jenner, taking the spot of the most-liked photo on the social network. At the time of writing, it’s almost nearing 50 million likes, where Jenner’s snap only reached 18.6 million. What started out as a lighthearted joke has even earned the account a blue checkmark. Even Jenner herself got in on the joke, cracking an egg on a sidewalk and captioning the video: “Take that little egg” (full disclosure, both Kylie and Kendall liked the photo too).

Sure, that isn’t fashion, but it just proves the collective power of social media and what a viral age we live in. It also just goes to show that there is more going on outside of the bubble surrounding the fashion week crowd. Just last week, Rihanna was confirmed to be launching her first luxury fashion label with LVMH. Let’s also not forget the many red bags coming out from designers just in time for Chinese New Year. But you already knew all that, so let’s get to recapping some of the highlights from Paris Fashion Week Men’s, and more fashion news.

Balmain makes a return to couture after 16 years

Olivier Rousteing is adding another notch to his resume: Couturier. The creative director of Balmain is marking the French fashion house’s return to couture after 16 years this week at the Haute Couture Spring/Summer 2019 presentations. The last time Balmain showed at couture week was in 2002 when Oscar de la Renta was still designer-in-chief.

Breaking the news at the WWD’s Retail & Apparel CEO Summit, Rousteing said that he wanted to “bring back the Parisian DNA.” In conjunction with this monumental show for him, Balmain also released an app to make Rousteing’s Balmain Universe more accessible to everyone. The app will feature augmented reality features and will let you tour their soon-to-open revamp of their Rut Saint-Honoré flagship store. You can also livestream the upcoming couture show from within the app itself.

Birkenstocks get a high fashion treatment by way of Valentino

Two known objects converge to create something new. Valentino in collaboration with @birkenstock1774 for the #ValentinoMenFW1920 show by @pppiccioli. #BirkenstockxValentino Valentino Garavani – Birkenstock

Every week we hear about a new collaboration, and this week’s partnership is one that marries the mass appeal of Birkenstocks with the luxury factor of Valentino. During Paris Fashion Week Men’s, the Valentino models walked out on the runway in the trademark Arizona sandal, but this wasn’t a fashion faux pas.

There were two styles previewed during the show, one with the VLTN logo emblazoned on its side, and another in a bold red colourway. “I chose to make this collaboration with Birkenstock for the same reason people choose Birkenstock every day,” said creative director Pierpaolo Piccioli in a press release. “No matter what you wear, who you are, no matter your gender or social background, no matter your age, your style, no matter if you care about fashion or if you do not, Birkenstock has its own universal language.”

“I loved the idea of approaching the DNA of our Maison, represented by the individual and intimate world of Couture with something that it is so free and adaptable,” he continued. “To me, this is the definition of inclusivity.”

Fiber-optic wonder. A kaleidoscopic Keepall from @VirgilAbloh’s #LVMenFW19 Show. Watch the full show now on Instagram or at louisvuitton.com Photo by @sicknethi

Everyone knows the iconic Louis Vuitton Keepall with its signature shape and monogram pattern. So Virgil Abloh did the one thing to spice up the tradition of the house: he created a kaleidoscopic, rainbow variant of the duffel bag for the Fall/Winter menswear collection.

It’s not just another one of his colourful creations, though. This Keepall has been festooned with hundreds of fibre optic lights that cycle through the most vibrant colours in the visual spectrum. Will it sell out? You don’t need us to answer that, seeing as Abloh’s first collection for Louis Vuitton is apparently flying off the shelves faster than the Supreme collaboration did.

In other Vuitton news, the maison also partnered with luxury audio brand Master & Dynamic on a redesign of their MW07 wireless earbuds. Called the Horizon Earphones, they’ll come in three colourways – red, black, and a striped version – and cost you US$995 (S$1,350).

If you can’t wait for these two products to drop, you can still shop Abloh’s debut SS19 collection, which just hit the major Louis Vuitton boutiques in town.

Gear
Cut the cord: 5 truly wireless earbuds for the audiophile

Loewe stages a menswear runway show for the first time

For #LOEWEFW19, the house’s craftsmanship materialized in unexpected ways, uniting incongruous ideals of masculinity where the worlds of sartorial tradition and team sports collide. See the full collection on loewe.com #LOEWE #LOEWEjwa

For the past five years, Jonathan Anderson chose to showcase his menswear collections for Loewe in a carefully curated exhibition instead of on the runway. That all changed over the weekend at the UNESCO Headquarters in Paris.

A yellow cotton fabric sculpture by the German artist Franz Erhard Walther commanded the catwalk and essentially set the entire tone of the show. Models in flayed-open boot chaps paraded down the aisle, giving us some seriously cowboy/farmer-esque vibes. Anderson’s vision was also one of unisexuality, where traditionally feminine garments found themselves on the runway. Caftans in a variety of fabrics found themselves supported by the shoulders of the male models. Oversized suits and shirts bearing a dress-like silhouette with exaggerated cuffs were a staple throughout the show.

In case it wasn’t already clear, Anderson’s clothes for this season only proves all the more that fashion is uniquely versatile, and no amount of gender roles can be imparted onto style.