Style
Peeking into the Miu Miu archives, Gucci’s journey to Pompeii and more fashion news
Share this article
Next article

As we enter the yearly struggle of writing our dates correctly, it also means that the most exciting season is about to hit the stores: Spring/Summer 2019. We’ve previewed some collections recently and can’t wait to see how you will take it from the racks to the streets. To help you tide the time between now and when you max out your cards, here’s all the fashion news you missed during the holidays that you need to catch up on.

Who could forget that 2007 Spring/Summer Miu Miu campaign that starred a pre-spiral Lindsay Lohan? Now, you can relive the entire season again and more with Miu Miu’s latest revamp to their website.

Miuccia Prada’s other child launched a new site design over the holidays that is more streamlined and very visual, perfect for the shopper going into 2019. It’s no longer just a portal for them to showcase their latest garments and accessories digitally—it’s now also an archive, a library of sorts for the brand.

All the creative content is accessible at the Miu Miu Club portal. Here, you can watch all 16 episodes of Miu Miu Women’s Tales, a series of short films commissioned by the house where the female directors are given carte blanche to create a visual story with a female. If you’re reminiscing of a certain Miu Miu look, you can delve into their archives and peruse through all their collections dating back to 1993, which is when their first show was put on. It’s a trip, really, to see how the Miu Miu girl has evolved in the last 25 years.

The new site is now live in English, Italian, German, and Spanish. It will soon be rolled out to users in Asia, America, and the Middle East this coming year, according to WWD.

Gucci honours their Italian heritage with their Pre-fall 2019 campaign 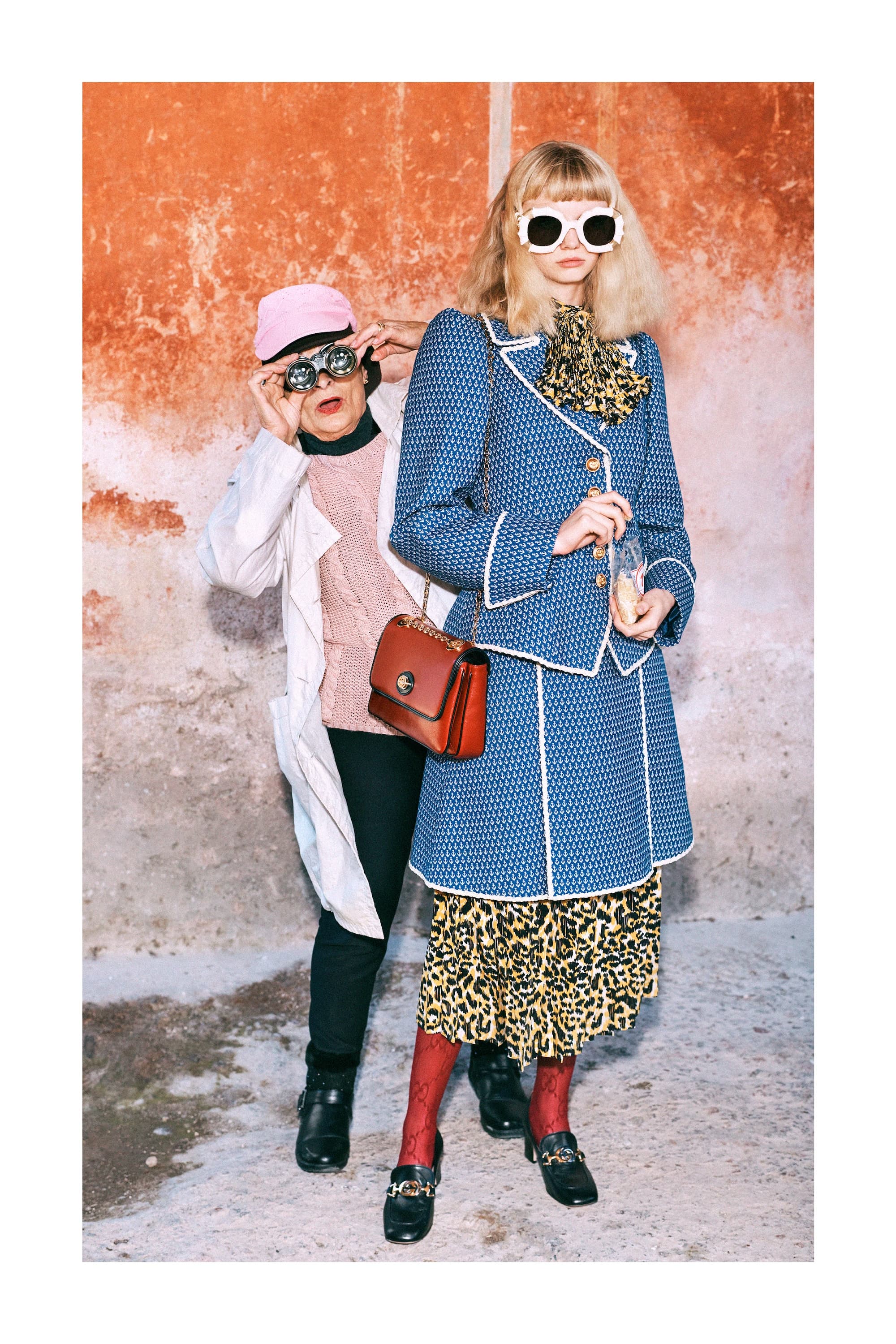 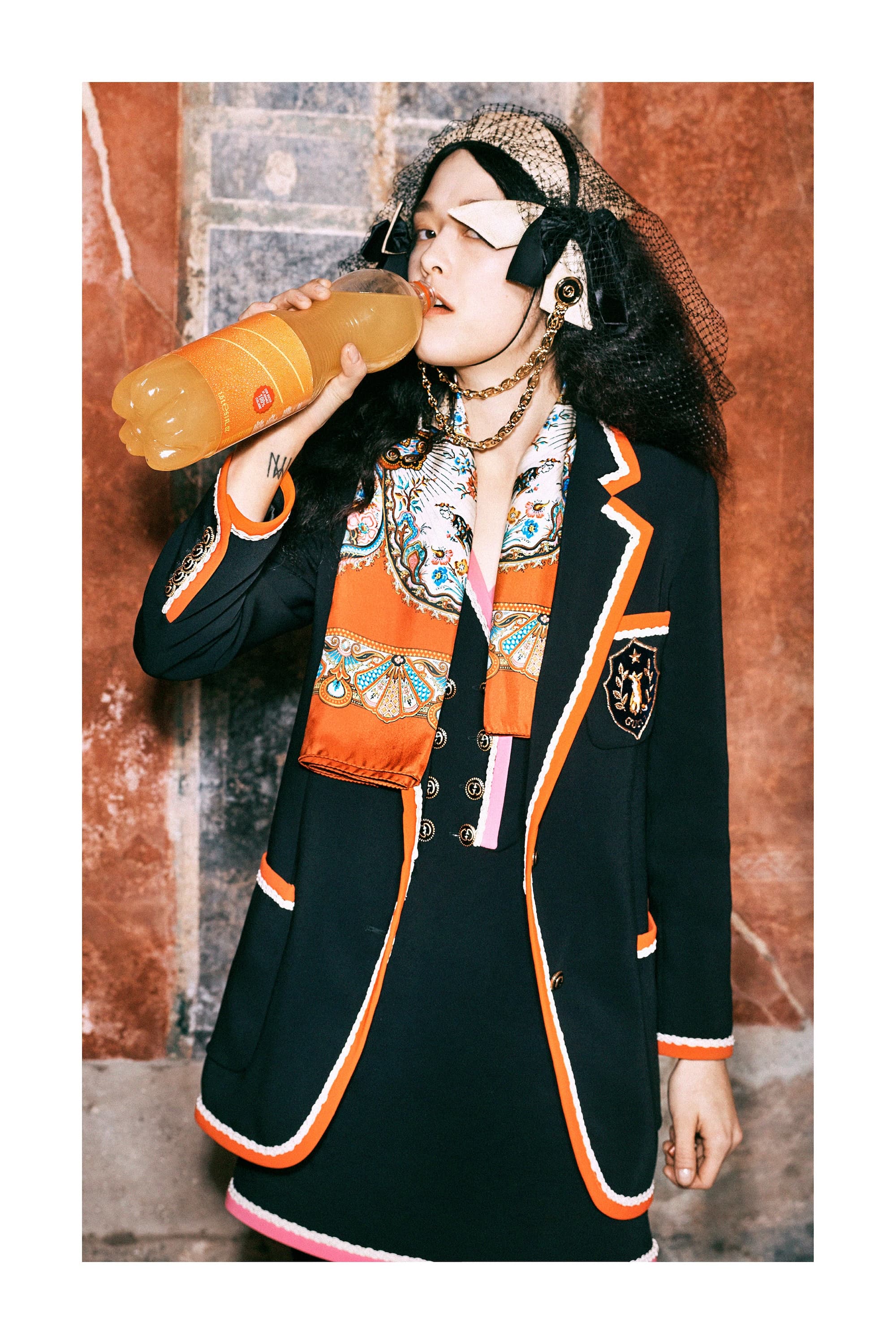 Snacks made a prominent feature in Gucci's Pre-fall 19 campaign.

There was no pomp and circumstance when Gucci launched their Pre-fall 2019 campaign. As one of the last brands to do so this season (and coinciding with the holidays), what came out from the Church of Alessandro Michele was instead an ode to more accessible fashion through a journey of Italian history.

The Gucci team travelled to the ancient ruins of Herculaneum and Pompeii in Southern Italy with photographer Harmony Korine to photograph more than 80 looks for the season. Sure, the looks are still dramatic and have that same signature “Alessandro” flair. But there was just something a bit more down to earth with the Pre-fall 19 collection than his former visions for the house. Where previous presentations were kitschier and pushed the boundaries of fashion, this latest showing from Michele was more pared down, and dare we say it, approachable.

All the photos taken by Korine would also be made into a book later this year as part of Gucci’s ongoing efforts to promote and sustain cultural and heritage sites around the world.

Dsquared2 and Mert and Marcus collaborate on a capsule collection

You would think after spending more than two decades shooting high-profile celebrities in some of the most exquisite clothes that they would have dipped their toes into designing sooner. But for Mert and Marcus, it’s better late than never, as Dsquared2 just announced a collaboration with the photographic powerhouse duo.

The Mert and Marcus 1994 x Dsquared2 capsule collection will, as the name suggests, capture the spirit of the 90s. 1994 is also the year that Mert met Marcus at a party in England. “The 90s are so inspirational and important to us,” said Dean Caten, one half of the Dsquared duo, to Dazed Digital. “It was a time when music, art, and fashion all seemed to be liberating itself from the conventional norm. But 1994 particularly was a really special time – it was the year we created and presented the first DSquared2 collection in Paris.”

A variety of bomber jackets, overalls, hoodies, trousers in boxy-tailoring are fashioned with some of Mert and Marcus’ most iconic photographs, including those of their eternal muse Kate Moss. The capsule collection will be available at select stores and the Dsquared2 online store in February.

There’s arguably a no better time to switch up your style than when the clock strikes 12 and the year starts anew. To ring in 2019, some of today’s biggest household names showed off just how valuable a good stylist is.

Lady Gaga, for one, came out for her debut show in Las Vegas in a striking cerulean blue hairdo. It was a nice throwback to her more vivacious past, specifically The Fame Monster era. Her opening-number costume was also a metallic catsuit from Tom Ford, who she previously collaborated with to launch his Spring/Summer 2016 campaign.

No tea no shade but who the fuck is that

Troye Sivan was also not one to be left out, ditching his platinum blonde mop for a more natural brown, his natural hair colour. The singer had spent more than a year with the blonde dye job, and fans of his before his big break would no doubt appreciate him going back to his roots (pun fully intended). Usher too, showed off his perm-in-a-pompadour that he rocked for a Rat Pack-themed party. Unfortunately, it wasn’t as well-received, as the R&B crooner promptly got roasted for his new hair. We do like the bold use of a fur throw with a grey Glen plaid suit, though.