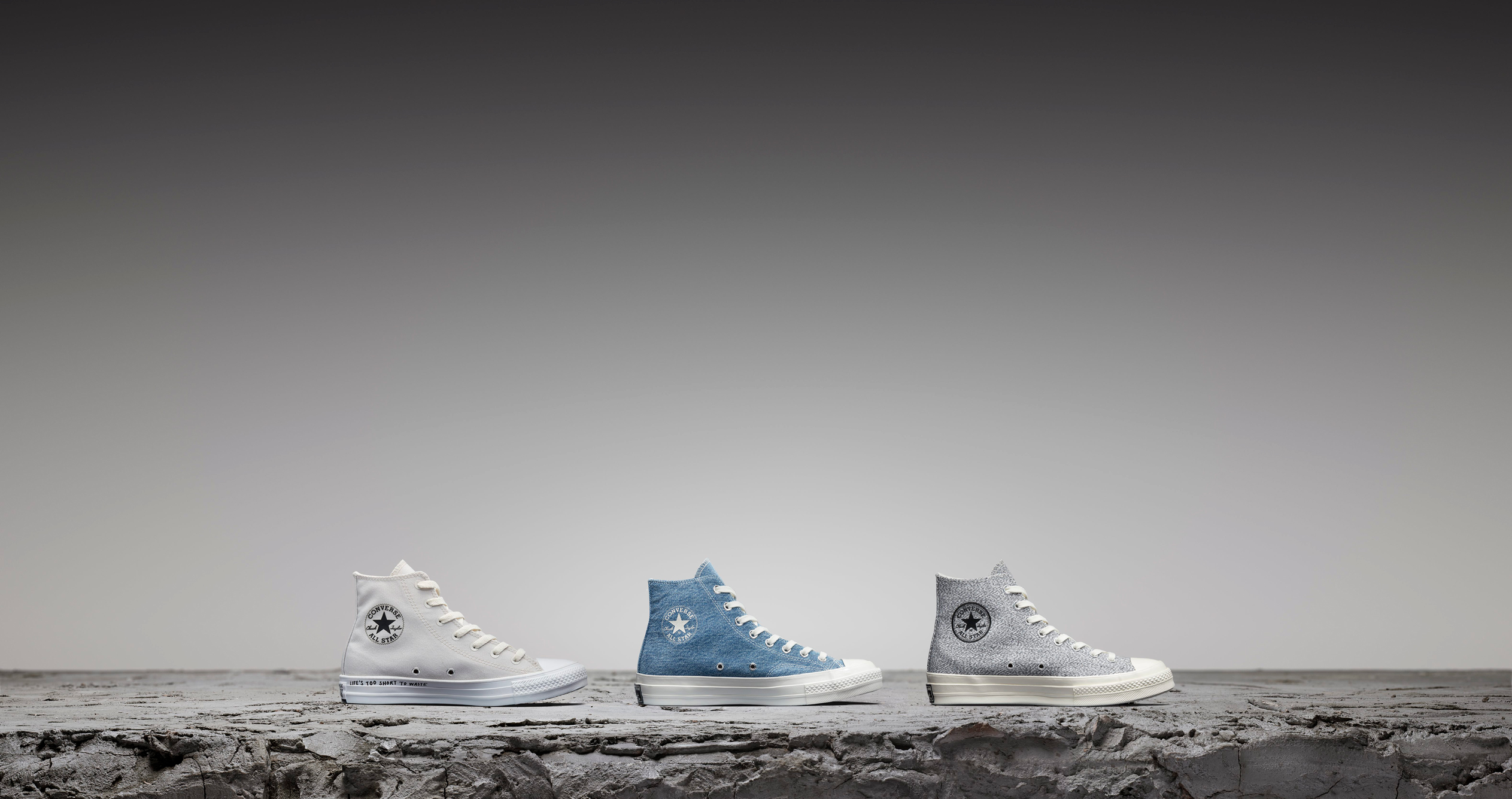 Another day another controversy, this time, a certain celebrity has walked into Japan’s crosshairs for naming her. Meanwhile As the Men’s Fashion Weeks come to an end, out come the dissection of trends and the onslaught of accessories we’ll soon see on the shelves. But besides your typical trend reports come a deluge of news, in particular, announcements of exhibitions that should be up any fashionista’s alley.

Keep on reading to catch up on this week’s hottest fashion news.

Your next Chuck Taylors could be made from recycled plastic bottles

We love a good fashion statement that champions environmental sustainability, and Converse is this season’s hottest brand doing just that. In a shakeup of a shoe that has withstood the trials of time for generations, Converse is producing a series of Chuck Taylor All Star sneakers from recycled PET from used plastic bottles.

This is all part of the Converse Renew initiative that will also see upcycled textiles like denim jeans and cotton canvas waste used in the manufacture of the sneaker icon.

The first series featuring Renew Canvas will drop in stores July 5, 2019. Renew Denim will be coming later this year in August, and Renew Cotton will be released in 2020.

To commemorate the 20th anniversary of the iconic B.zero1 design from Bulgari, the Italian luxury jeweller is staging a pop-up exhibition in the middle of ION Orchard. Taking the shape of the Roman Colosseum – the B.zero1 has a design language similar to the world wonder – the exhibition showcases the best iterations of the B.zero1 series over the two decades in an installation made possible by the artist Tomás Saraceno.

The Bulgari B.zero1 exhibition runs from now till July 15, 2019, and it is located at the ION Orchard Atrium.

The impact Spanish arts and culture had on the work of Cristóbal Balenciaga is as plain as day, and in an ode to that note, the Thyssen-Bornemisza Museum in Madrid is putting on a unique take on Balenciaga’s creations.

Curated by Eloy Martínez de la Pera, the “Balenciaga and Spanish Paintings” exhibition will see the Spanish couturier’s greatest designs flanked by Spanish paintings that date back to the 16th century.

Balenciaga and Spanish Paintings is showing at the Thyssen-Bornemisza Museum from now till September 22, 2019.

Style
History behind the hype: Those Balenciaga hips, from Cristóbal to Demna

You can read the full statement here.

Ever the entrepreneur, Kim Kardashian announced recently Kimono Shapewear Solutionwear, a brand aimed at women of every body type. With nine shades and sizes ranging from XXS to 4XL, it’s a Kardashian-esque feat similar to her equally-inclusive KKW Beauty line.

However, there’s the problem of her attempting to trademark the brand name. While Kimono might have been a play on the word that includes her name (similar to Kimoji), it crosses a certain cultural line, especially as none of the garments designed bear any resemblance to a traditional Japanese kimono. #KimOhNo, anyone?