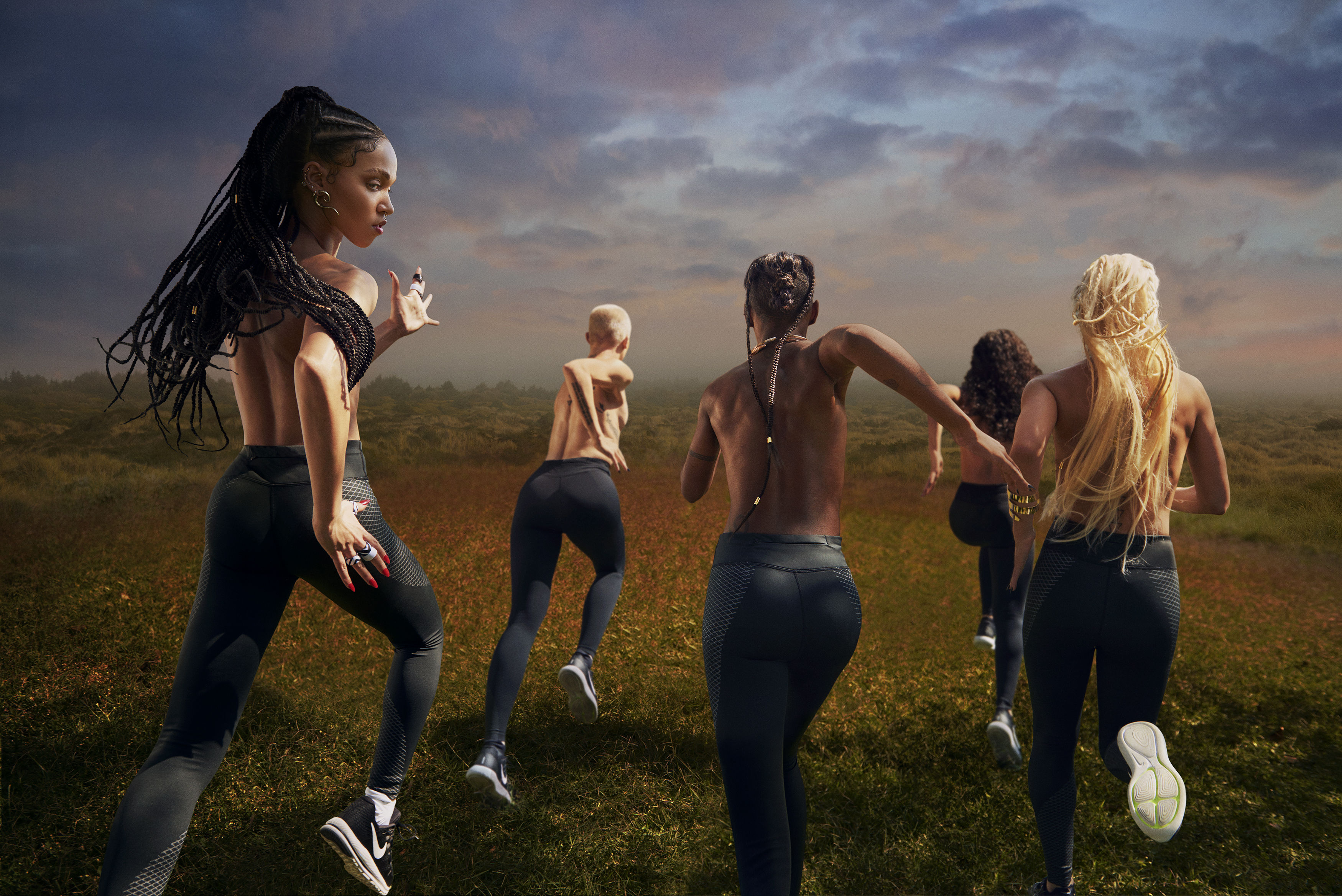 Nike teamed up with singer-songwriter, FKA Twigs, for the launch of their new tights. She did not just star in the campaign video and images as an ambassador/model, FKA Twigs creative directed, co-created, and soundtracked the project, titled “Do You Believe in More?”.

The British performer definitely put her own spin and signature into Nike’s Zonal Strength Tights campaign.

FKA Twigs defied the stereotypes of athletes by engaging twelve conventional and unconventional athletes who worked their magic in the campaign. From karate world campaign, Jay Kirton, to trump dancer and classical violinist, Saskia Horton – individuals whom she finds inspiring and original.

“Through dance, I’ve met young people who work really hard and have dedicated their lives to being active. To me they represent modern movement, which I define as exploring any genre of sport without boundaries,” FKA Twigs said.

Known for her dark, eclectic, yet ethereal style – the former face of  Calvin Klein Jeans had her entire cast decked out in Nike gear, teamed with metal bib necklaces, facial jewellery, and metallic face paint.

Be mesmerised as the 28-year-old performs a self-choreographed routine with the  crew to her new song, Trust in Me (which debuted in the campaign).

“I made the song in the campaign film, “Trust In Me,” before I got approached about this project. I realised it would be perfect, because the lyrics say, “Put your trust in me.” In a way, we’re asking people to look at me and the other amazing athletes in the video and trust the way we are. We’ve worked hard to perfect our crafts and create our own destinies, and we’re feeling good in our bodies.” FKA Twigs elaborates.

This is by far the freshest take on a sportswear campaign we’ve seen in awhile. We’re guessing athleisure is here to stay.

The Zonal Running Tights & Zonal Strength Training Tights will be available on Nike.com and select stores from 25 Jan, retailing at S$185 (Women) and $215 (Men).

Fashion Style Sports Fitness Nike Activewear FKA Twigs Brand Ambassador atheleisure
Gracia Phang
Sign up for our newsletters to have the latest stories delivered straight to your inbox every week.