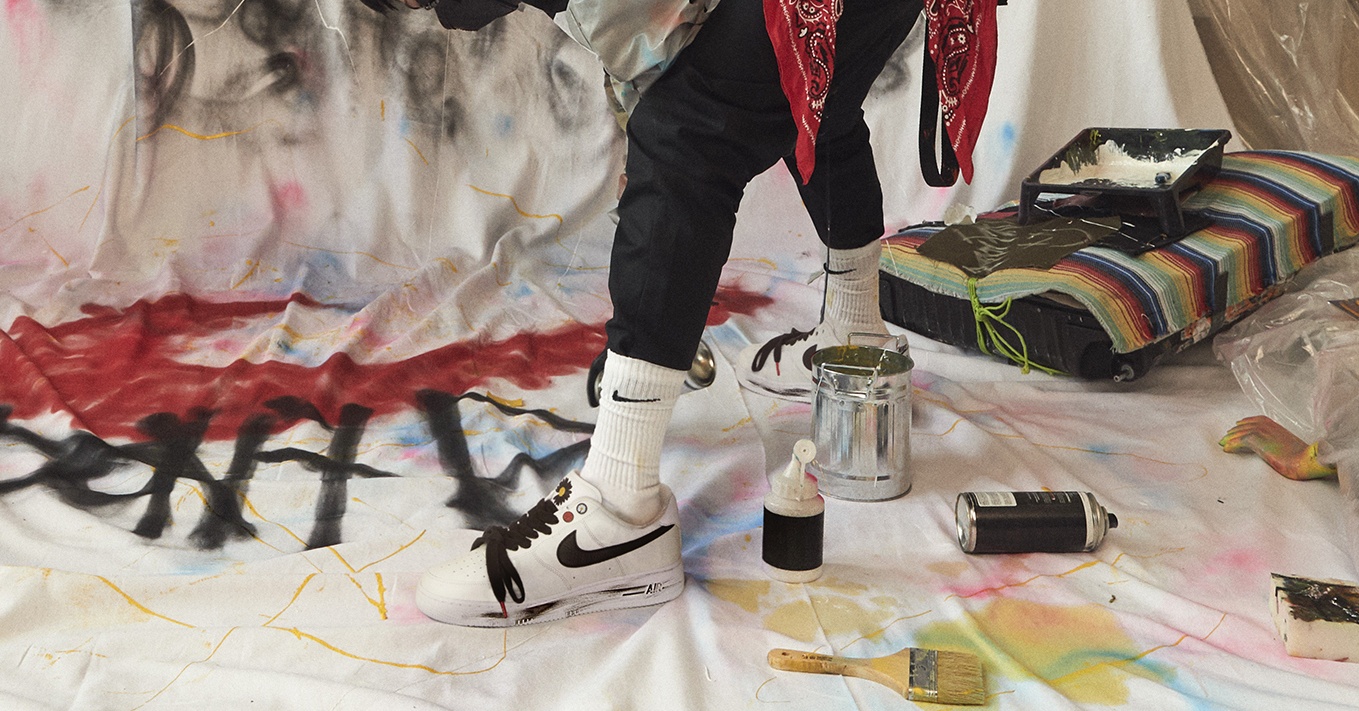 Following his first collaboration with Nike last year, which sold out in a matter of minutes, G-Dragon is bringing back his limited-edition Air Force 1 sneakers.

This time, the “Para-Noise” sneakers, as they are called, come in white — a total reversal of last year’s black pair. Their clean façades are now contrasted by a black Swoosh logo, black laces, and a black embroidered daisy on the tongue of each shoe.

You may also like…
Style
Want to design the sneaker of your dreams? Try Gucci’s new virtual app
Style
Ox Street is making shopping for rare, limited-edition sneakers a lot easier

Another key difference? The shoes’ leather uppers will wear away to reveal a painting by G-Dragon himself, so no two shoes will be the same. You’ll also find more of his graffiti artwork on the printed insoles of the sneakers, matching the packaging that comes with each limited-edition pair.

The tweaks to the Para-Noise sneakers may be minimal, but the latest iteration of the Air Force 1 is meant to encourage their owner’s artistic impulses. “Even though everything is uncertain these days, we shouldn’t stop expressing ourselves as the way we are, and creating our own world,” said the Big Bang rapper in a statement.

That’s something that G-Dragon, whose real name is Kwon Ji-Yong, knows all about. As K-Pop’s king of cool, the 32-year-old has often bridged the worlds of music and fashion throughout his career. His own experiments with style include streetwear and luxury labels alike, which naturally found him in the company of fellow dapper rappers like A$AP Rocky and Kanye West.

He soon established his fashion icon status: he became acquainted with the high priest of high fashion, Karl Lagerfeld, earned front row seats at Paris Fashion Week, and fronted Chanel campaigns, all long before K-Pop groups like Blackpink and BTS became the darlings of designers.

With his street-inspired sensibilities, G-Dragon’s collaboration with Nike was only a matter of time. For his first pair, he chose to rework his favourite style from the sportswear giant, the Air Force 1. His design proved wildly popular when it was released last November: the sneakers sold out in mere seconds in China, and under 10 minutes in the US, the UK and Canada.

You can probably expect the same excitement over the second set of Para-Noise sneakers, which will be released worldwide on November 25. In Singapore, the shoes will retail for S$279, and if you’re lucky enough you can cop a pair through Nike.com.