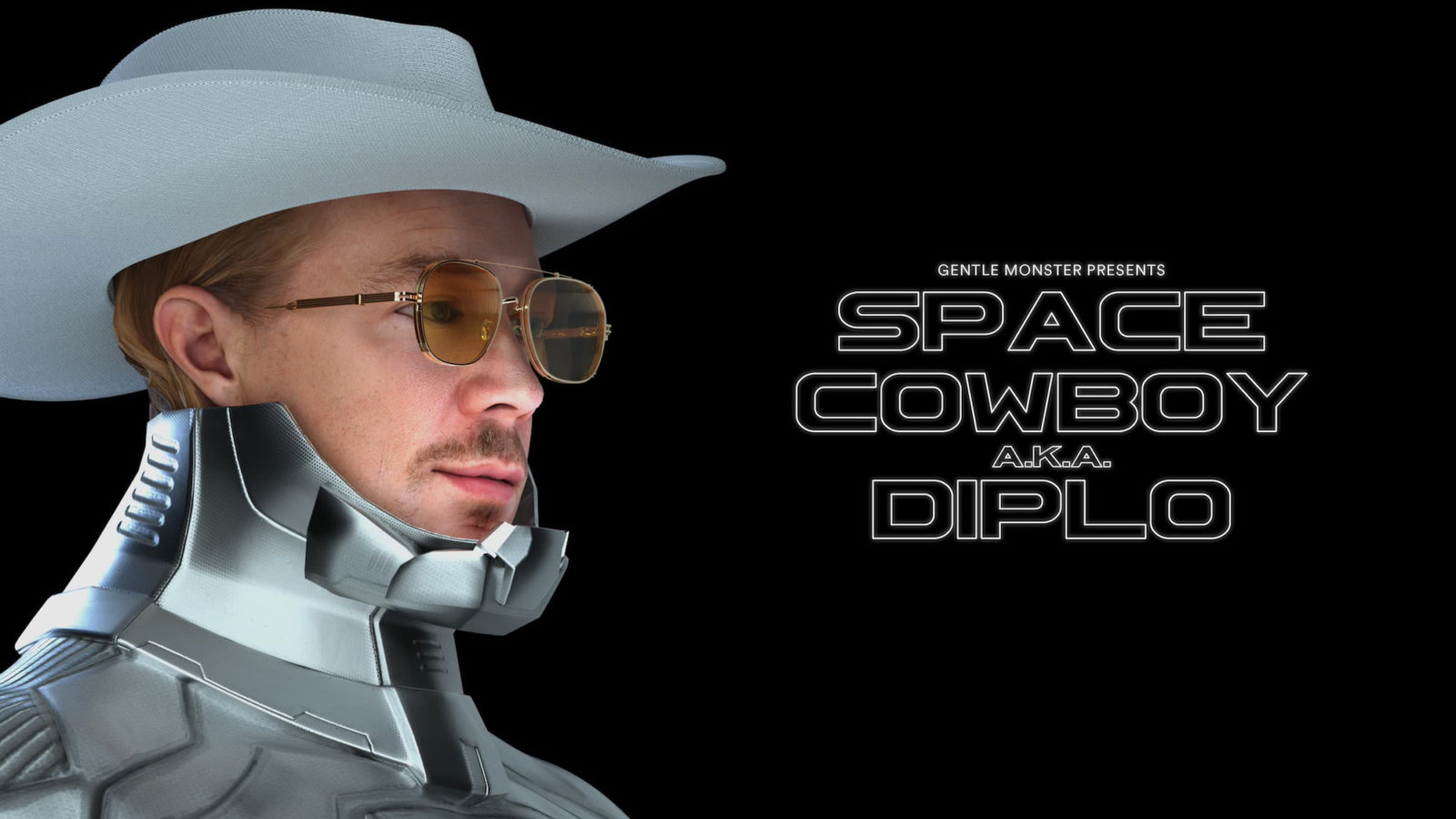 Gentle Monster and Diplo are dropping a limited-edition eyewear collection

Following up on its much-hyped collaboration with Kris Wu, Korean eyewear label Gentle Monster is now teaming up with another superstar musician: Diplo.

The Grammy-winning DJ, who has produced hits for the likes of Beyoncé, Justin Bieber and most memorably M.I.A., can now add “designer” to his resume with his first eyewear collection for Gentle Monster. Dubbed “Space Cowboy” — a moniker often used by Diplo — the new range debuts two sleek sunglasses styles with a futuristic touch.

Namely, the “Lone Wolf” and “The Cub”, which are both heavily inspired by classic aviators, although the latter boasts a more rounded frame. Both are incredibly lightweight thanks to their minimal titanium construction. They also feature detachable clip-on lenses designed by Diplo himself. The lenses come in vibrant colours picked by the DJ, such as orange, green and blue, and offer 100 percent UV protection.

In the vein of functionality, Gentle Monster has also added adjustable dials to the temples of both sunglasses, allowing wearers to customise the temple lengths as they see fit. It’s the first time that the nifty feature has appeared on any of the Korean brand’s eyewear styles.

Both Lone Wolf and The Cub are available in gold and silver options, and are priced equally at S$495. They’ll also be packaged with eyewear cases exclusive to the “Space Cowboy” capsule, featuring a printed note, handwritten and signed by Diplo.

The collection itself drops on 2 September at Gentle Monster’s flagship stores and website, but the Korean label has unveiled a sci-fi inspired teaser starring Diplo to keep fans excited in the meantime.

Gentle Monster has proven to be a master of collabs in the sunglasses world, having teamed up with a string of cool names like Yoon Ahn of Ambush, Blackpink’s Jennie and Alexander Wang. Its most recent capsule with Chinese rapper Kris Wu sold out instantly, so you can expect as much from its upcoming release next month.