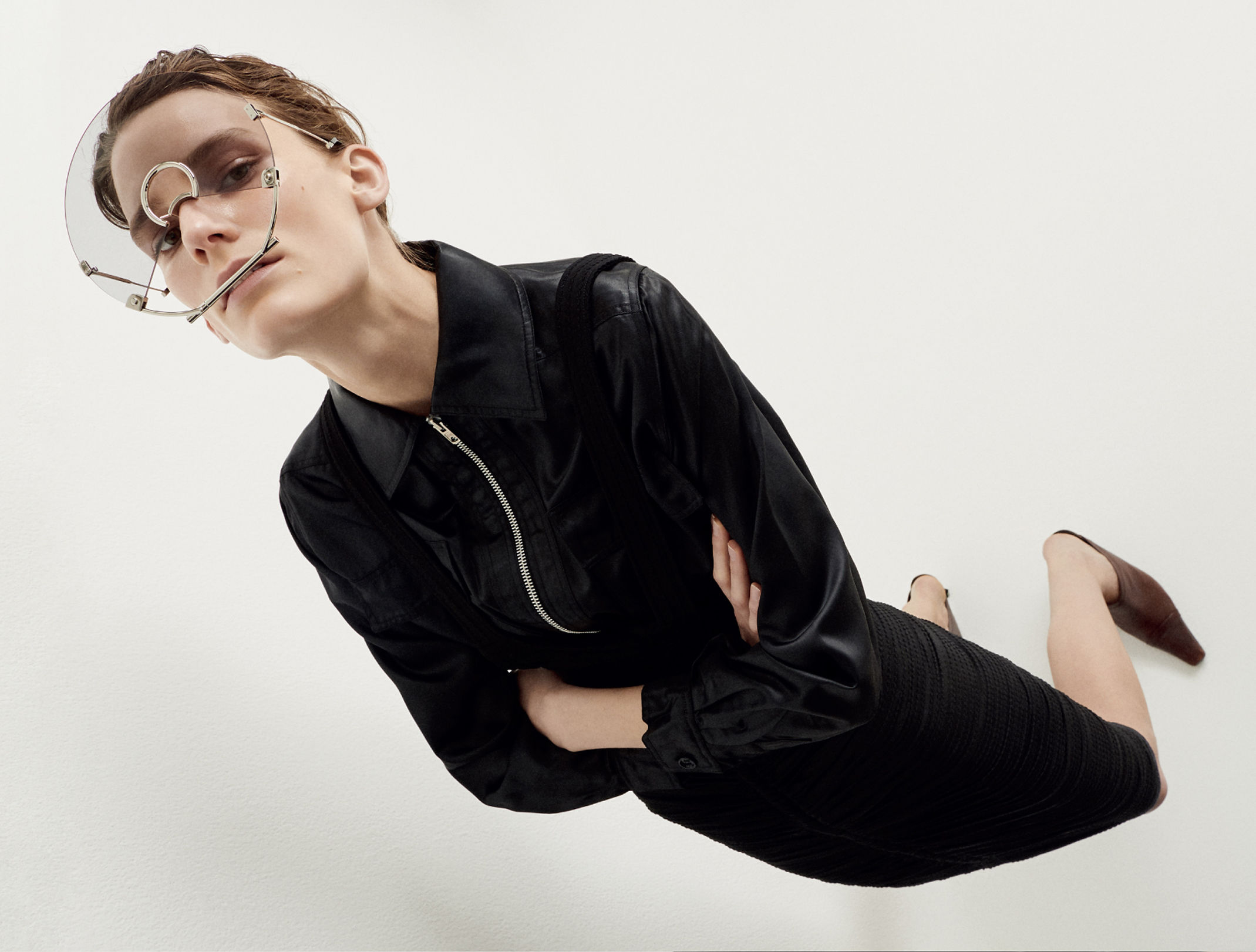 Gentle Monster is anything but bland. The South Korean eyewear label has long transcended its salad day status as a cult underground up-and-comer only a handful of in-the-knows rave about; it’s a household name churning out the hottest wave-making shades of the season. We’ve come to expect the bigger, better and more bizarre. And disappointments can be kept at bay: In an unbridled futuristic escapism spirit, its latest capsule collection delivers.

Monikered Once Upon a Future, the nine-styler takes up the baton from the previous collections, continuing to stretch the brand’s well-recognised nonconformist ideals.

Rooted in a wildly imagined dystopia where humans and extraterrestrial beings co-exist, young British designer Xander Zhou — you might’ve heard his name from the recent hysteria caused by the impregnated alien male models he sent down his runway — collaborated to design one of the new offerings’ key styles: The bug-eye aviators topped with a curved bridge which, too, made it onto his Spring 2019 runway, dubbed the K-1.

Other silhouettes include the delicate-rimmed Solaris, the round-eye Moor, the squarely sharp Tick Tock and the angular Voyager M. Four concept selections — including the ultra-skinny Matrix-esque Peek-a-Boo, unfortunately — will not be for sale at Gentle Monster’s Singapore store.

Gentle Monster’s Once Upon A Future capsule collection will be available in stores on 15 June. The full video project will be unveiled on the same day.

Style
Step into Prada Nylon Farm, a top-secret utopia where the future is present
Sunglasses Collaboration Gentle Monster Matrix Shades Xander Zhou
Bianca Husodo
Sign up for our newsletters to have the latest stories delivered straight to your inbox every week.