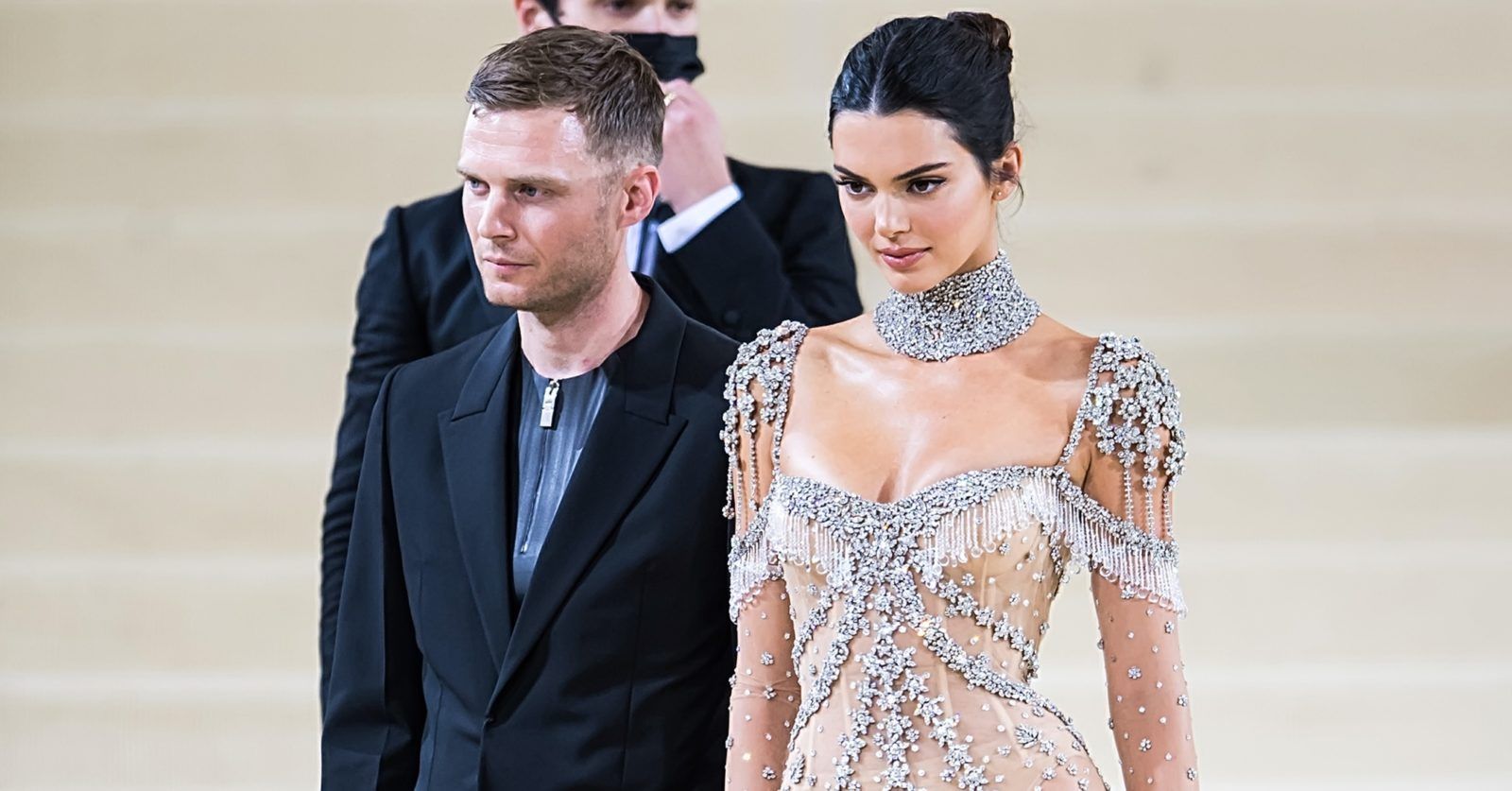 The accessory, dubbed “Kenny” after Jenner’s nickname, is the French luxury brand’s take on the trendy croissant bag. It’s crafted from supple, draped calf leather and features the metal Givenchy 4G padlock, a signature detail introduced by designer Matthew M. Williams. The brand’s geometric monogram is also seen on the sleek hardware that runs along the bag’s handles, blurring the lines between jewellery and handbag.

You may also like…
Style
Givenchy pulls a Yeezy with its Monumental Mallow shoes for Fall 2021
Style
Kendall Jenner has a chic, minimalist luxury bag for every occasion

It’s not surprising that Williams has dedicated a whole handbag to the Kardashian sibling, whom he counts as one of his many famous friends. The designer had previously tapped on Kendall and her sisters Kylie and Kim to model his first collection for the French luxury brand, and shortly after, had her front the Spring/Summer 2021 campaign. But nothing defined their designer/muse relationship better than when the two arrived to the 2021 Met Gala red carpet together, and Kendall stole the show in a custom embellished naked gown by Givenchy.

Later, at the Met Gala after-party hosted by Justin Bieber, the model again wore a custom Givenchy ensemble, this time with a mini red satin handbag in tow. That marked the real-life debut of the Givenchy Kenny bag, which would finally appear at the brand’s Spring/Summer 2022 runway show a month later.

The latest iteration of the Givenchy Kenny bag, as seen in the Pre-Fall 2022 collection, is perhaps the most glamourous one yet. It comes in glossy, textured leather that offers a dose of shine — not that it needed it, already being replete with gold metal hardware and the 4G cube chain.

Its elevated craftsmanship also nods to Givenchy’s haute couture heritage, which Williams explored when creating his new collection. “I believe fashion is relevant when it reflects what it means to live today,” said the designer. “There’s a constant tension between everyday reality and the precision, elegance and extravagance of the couture tradition.”

That tension is also seen in the other noteworthy bags in the collection. There’s the reworked 4G shoulder bag, which now comes in soft leather and a relaxed shape. Williams has also put a casual, athleisure spin on the Maison’s iconic Antigona bag, which he calls the Antigona Sport.

If there’s any accessory that we’ll soon see on celebrities and all over Instagram, though, it’s the Givenchy Kenny. Aside from its association with one of the biggest models today, the bag also comes in a fun, distinctive shape that fashion fans will appreciate, even while bemoaning its lack of practicality.

Before they launch in stores next year, take a closer look at the accessories of the Givenchy Pre-Fall 2022 collection below.

Givenchy Kendall Jenner luxury bags matthew m williams
Pameyla Cambe
Senior Writer
Pameyla Cambe is a fashion and jewellery writer who believes that style and substance shouldn't be mutually exclusive. She makes sense of the world through Gothic novels, horror films and music. Lots of music.
Fashion Style Jewellery
Sign up for our newsletters to have the latest stories delivered straight to your inbox every week.