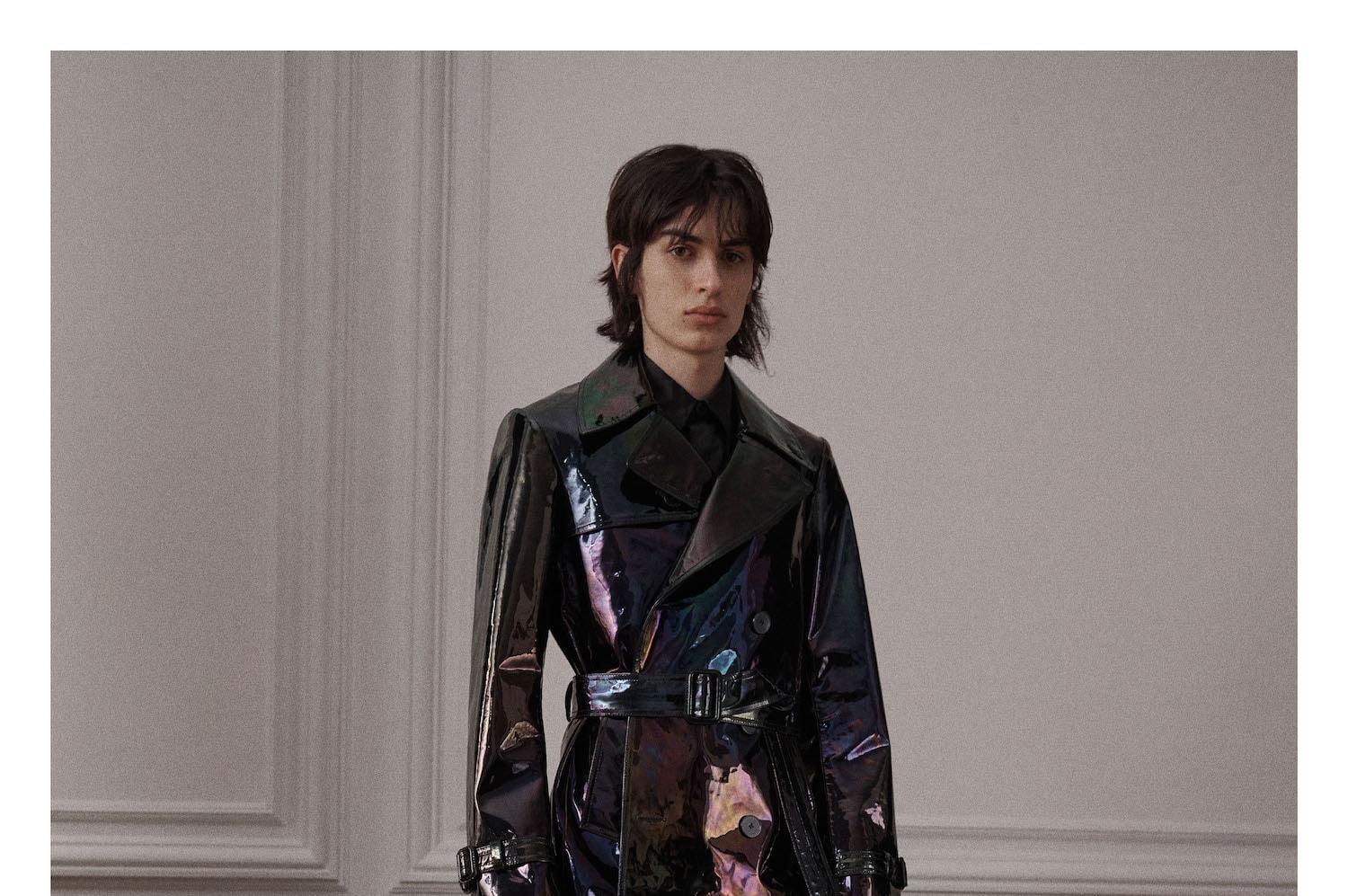 Co-ed shows might’ve been the call of seasons past, but Clare Waight Keller wants the men to have the spotlight to themselves this season. And rightly so, because the savoir-faire that’s involved in Givenchy’s Autumn/Winter 2019 Menswear collection is one that’s powerful, progressive, and so deeply rooted in the brand’s DNA.

The British designer isn’t stranger to dressing influential men; her portfolio extends beyond Hollywood stars like Bradley Cooper and Rami Malek to royalty such as the Duke of Sussex, and it is this influence of poshness and insouciance that had informed her sophisticated line-up of suits, luxe athleisure, and outerwear.

Still it was the ‘90s that inspired Waight Keller the most, who credited the eclectic dressing of her male friends in New York then for the bourgeois yet refined elements in this season’s pieces. Of the lot, a checked sartorial jacket embroidered with cream leopard spots and a pristinely white sequinned suit stand out for obvious reasons, but there are also retro silhouettes to be seen in the double-breasted jackets and elongated flared pants.

While the collection remains largely muted in palette, there are pops of pink, blue, and yellow to harken back to that colourful era. Tailoring is a very conscientious effort throughout in a bid to elevate wardrobe staples to couture-worthy ensembles, and this is especially apparent in the trench coats and crinkled leather outerwear.

This craftsmanship isn’t lost on those looking for something on the sportier side though. Waight Keller has taken the liberty of transforming cropped puffer jackets and hooded anoraks as well to offset the restrain in the prim separates.

As an ode to gender fluidity, some of her previous designs for womenswear serve as reference to this collection, while trench coats and accessories give off an iridescent sheen for a polished take on outerwear. If there’s anyone who can galvanise the next frontier of menswear, it’s Waight Keller for Givenchy.

Fashion Style Givenchy Clare Waight Keller autumn/winter 2019
Shatricia Nair
Managing Editor
Shatricia Nair is a motoring, watches, and wellness writer who is perpetually knee-deep in the world of V8s, tourbillons, and the latest fitness trends. She is fuelled by peanut butter and three cups of coffee a day.
Motoring Wellness Watches Beauty Style