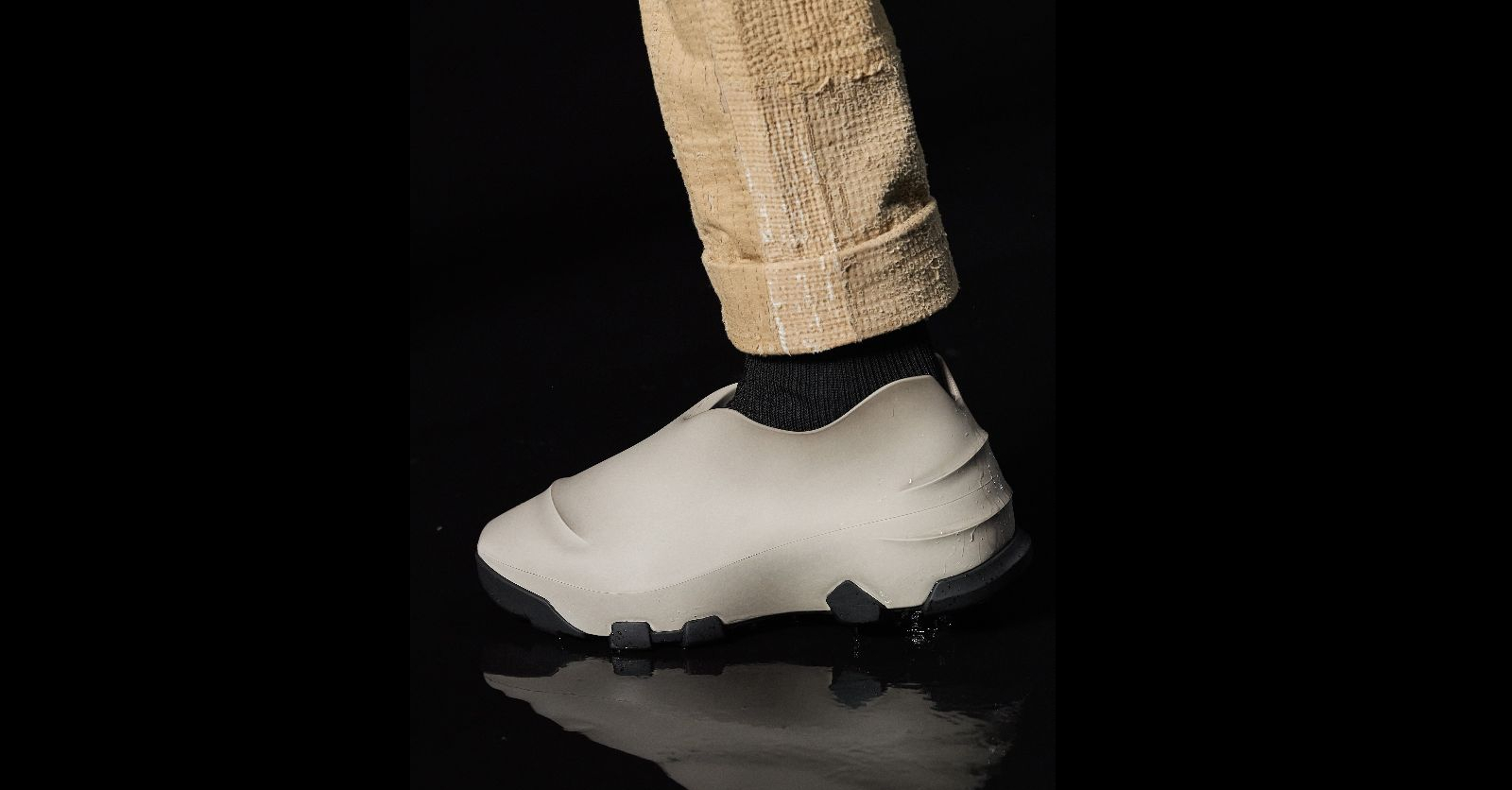 From Kanye West’s Yeezy offerings to Crocs collaborations, the world has no shortage of weird, wacky shoes. Now, French luxury brand Givenchy is giving us even more options.

You may also like…
Style
5 new sneaker drops this week, including fresh YEEZYs and Nike SB Dunk Highs
Style
5 ways to wear the Givenchy Marshmallow sandals this summer

While the wedges have already been worn by Kylie Jenner, it’s the Monumental Mallow low shoes that might become the freaky footwear of choice this season. Resembling a minimalist take on the Yeezy Foam Runner, the shoes are marked by their sculptural shape. Each shoe features a square toe, a wavy collar, and raised folds that are reminiscent of the slashes in Lucio Fontana’s paintings. (Coincidentally, Givenchy had previously designed a store inspired by the artist, too.)

Form is matched by function: the Monumental Mallows, like the Bottega Veneta Puddle boots that became an Instagram sensation last year, are crafted entirely from rubber, making them waterproof. They’re also light and comfortable, and wearing them merely requires you slipping your feet into them.

All of which will make the unisex Monumental Mallows a must-have in many people’s books. Luckily for them, Givenchy is offering the shoes in an array of neutral hues, including pairs in shiny rubber instead of matte. There’s also a “hybrid” version made of mesh and rubber, which comes fitted with their own ribbed knit socks.

All that convenience can be yours for S$1,400. Otherwise, the Givenchy Monumental Mallow low shoes are priced at S$950 for matte styles, and S$1,050 for shiny styles.

Take a closer look at them below.

Shop the shoes at Givenchy boutiques or on givenchy.com.