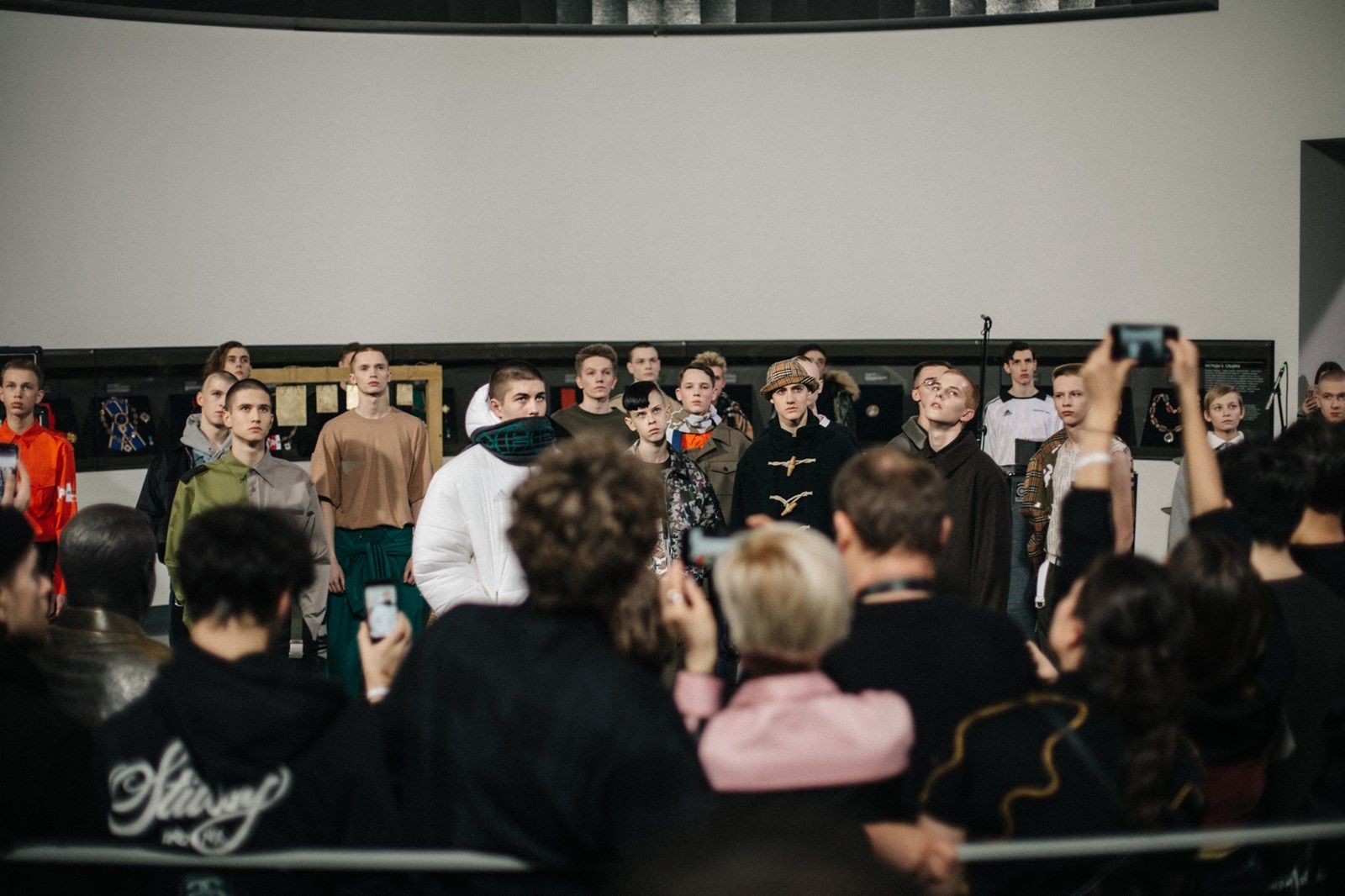 About a week after Gosha Rubchinskiy x Burberry’s worldwide drop, the designer held his Fall 2018 show in Yekaterinburg yesterday. It marked the third and final instalment of the Russian excursion which the native began in Kaliningrad for Fall 2017, then St Petersburg for Spring 2018, and concluded in Russia’s fourth biggest city Yekaterinburg for his latest.

At his Fall 2018 presentation held at the Yeltsin Center Museum, Rubchinskiy unveiled the next chapter of his partnership with Burberry.

The streetwear hotshot made Burberry’s cultural footprint within Russia’s post-Soviet history particularly elemental in this collection. “…It was one of the first iconic western brands to reach Russia after the Soviet collapse,” Rubchinskiy explained in a press statement. “It was very popular here in the ’90s, so much so that Boris Yeltsin can even be seen wearing a Burberry scarf in pictures from the time in the Museum where we presented the show.”

The 13-piece capsule collection interweaves Burberry’s iconic heritage check pattern with Rubchinskiy’s off-kilter sensibility. A dropped shoulder shirt features the check, yet its left half magnifies the print, while its right sort of applies a zoomed out version.

Outerwear included a belted double-breast trench coat with a soft collar and a forest-green duffel coat framed with tonal pipings. And for the first time, accessories expanded into fringed scarves and loafers — all bearing the signature check.

Aside from Burberry, Rubchinskiy’s Fall 2018 runway also exhibited his third show with Adidas. Alongside the oversized sweatshirts and track pants seen in previous collections, another highlight was a boxy blazer featuring stripes on the sleeve and a trefoil logo to the chest.

The Levi’s trucker denim was back from another season too, in addition to a new link-up with Dr. Martens.