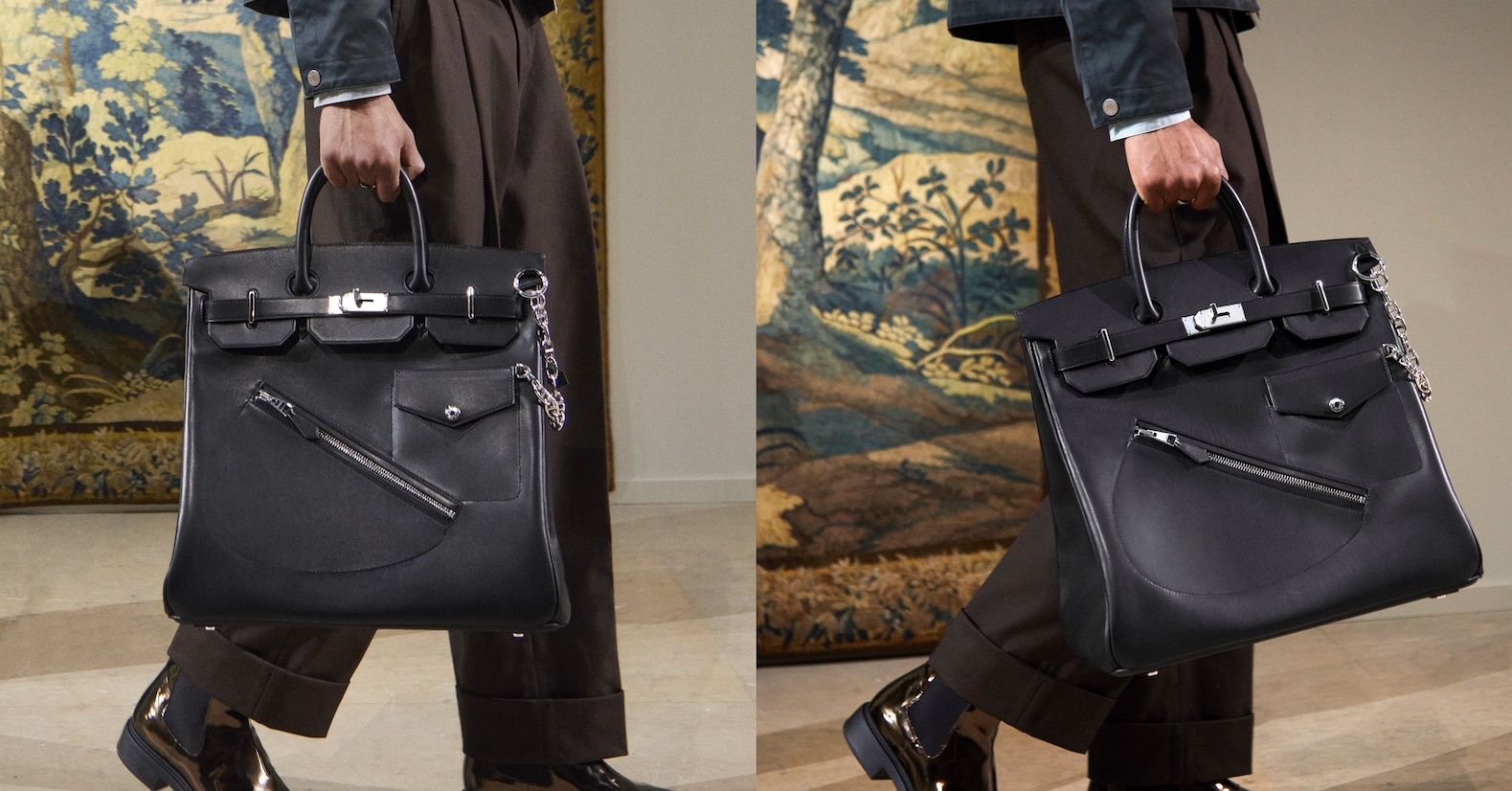 The Hermes Birkin bag may have long been on women’s wishlists, but today it is becoming a must-have for men too.

That much became clear at the Hermes Fall/Winter 2022 runway show at Paris Men’s Fashion Week. Amidst technical parkas and leather jackets, the French fashion brand unveiled a new addition to the Haut à courroies family: the Rock.

In appearance, it doesn’t differ much from the highly sought-after Birkin. It boasts the bag’s signature flap, as well as the straps and hardware that secure its contents. What’s new is the keychain that connects the corner of the bag with a pocket on its façade, as well as an adjacent zipped pocket shaped like a saddle (perhaps a nod to Hermes’ equestrian heritage?).

And then there’s the shape: like every Haut à courroies bag (or HAC, for short), it stands slightly taller and wider than your typical Birkin. For those unfamiliar, the HAC is the very first Hermes handbag. It debuted in 1892, almost a century before Hermes created its iconic bag for the actress Jane Birkin. Among handbag collectors, though, the HAC is considered as the biggest Birkin of all.

While the HAC is not new, the Rock certainly is. Crafted in black Evercalf leather with utilitarian details, it’s clear that Hermes has designed the handbag especially for men. And the timing couldn’t be more perfect.

Across the globe, more men are jumping aboard the Birkin bandwagon, following in the footsteps of trendsetters like Kanye West, Pharrell and Virgil Abloh. It’s not surprising, given that the Birkin already has an androgynous appeal, on top of its superior craftsmanship and its practical design. But there’s also the fact that the Birkin has become even more valuable in recent years, making it the ultimate status symbol for stylish men as much as women.

Aptly, the new Hermes’ F/W 2022 collection is dedicated to the modern dandy. Today’s men love to dress up, hence the collection’s flashy colours like orange, green and pink, as well as its choice of fancy materials like technical satin and crocodile leather. They embrace the latest fashion trends, like the bucket hat (Hermes offered luxe styles in satin and calfskin leather). And they don’t mind wearing what is traditionally seen as a women’s handbag, which is where the Rock enters the picture.

While Hermes only showcased the bag in one style for now, we can easily see the Rock becoming a staple for seasons to come. Its imminent It-bag status will also mean more variations and colours — and that, like a brand-new Birkin, is certainly worth the wait.

Hermès hermes birkin fw22 Fall 2022
Pameyla Cambe
Senior Writer
Pameyla Cambe is a fashion and jewellery writer who believes that style and substance shouldn't be mutually exclusive. She makes sense of the world through Gothic novels, horror films and music. Lots of music.
Fashion Style Jewellery
Sign up for our newsletters to have the latest stories delivered straight to your inbox every week.