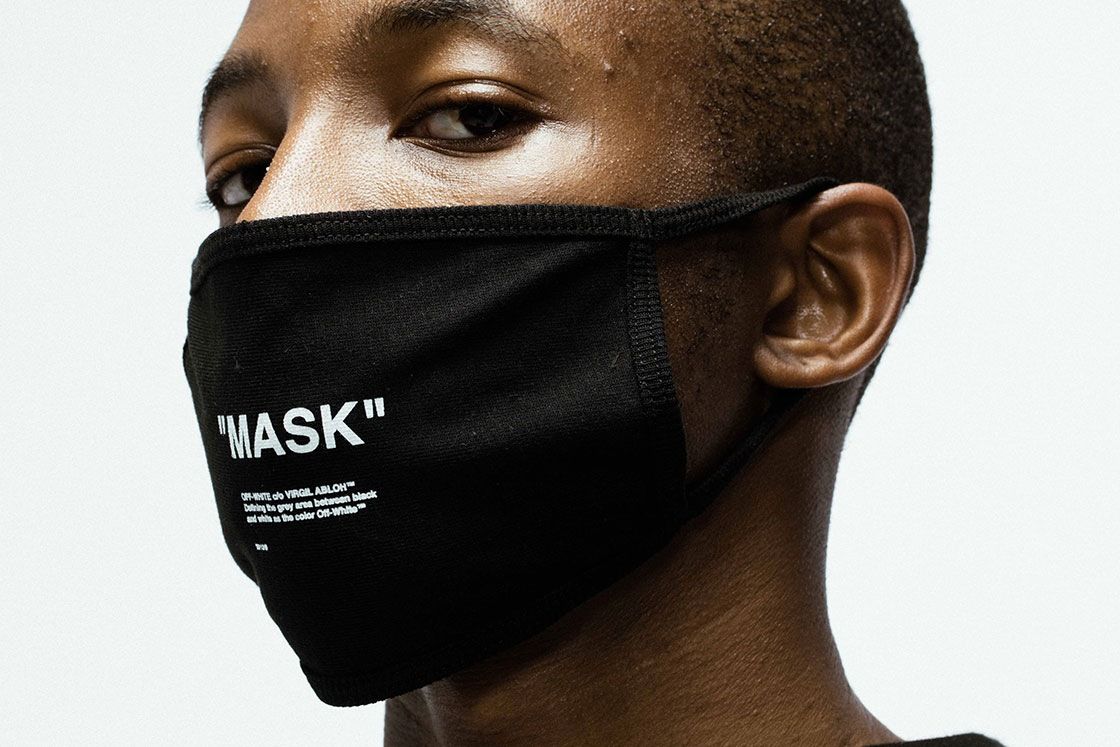 Once upon a time if you wanted to get ahead you got a hat. Now if you want step outside your front door you need a mask.

In a matter of weeks, COVID-19 has upended wardrobes and challenged our deepest codes about freedom, comfort and self-expression.

From being a curious oddity, masks have suddenly become as essential as socks — a signal of civic virtue and a passport to many public spaces denied to the bare faced.

“When you wear one you are saying, ‘I’m not a threat’,” said French designer Stephanie Coudert, who made her name with Paris haute couture.

Yet when she sat down to design a mask, one thought kept coming back to her.

“It’s a muzzle. It is hard to get away from that,” said Coudert.

Fashion’s Mr Zeitgeist, Louis Vuitton’s Virgil Abloh had no such reservations, rushing out a simple black mask emblazoned with the arrow logo of his own Off-White label for $92 (87 euros) a pop.

It immediately sold out and has since become the most coveted style accessory in the world, according to trends monitor the Lyst Index, with some now selling secondhand for four and five times that.

By contrast, Coudert is selling her couture masks for eight euros.

“It a social choice for me,” she said. “I think we are all asking ourselves how we can be useful.”

Not surprisingly, she is working flat out to keep up with demand. Indeed Lyst said internet searches for masks have gone up five times since the beginning of the year.

Even before the virus raised its ugly head, masks were coming in from the fashion cold.

American designer Rick Owens was ahead of the curve, masking many of the models in his Paris spring summer collection two years ago and giving out masks to everyone at the show.

Back then Owens had pollution and climate change in mind. Yet he was reluctant to revive the idea even as the virus casts its shadow on the last Paris fashion week in March.

“I would hate to capitalise on it,” he said. “I’m sure people will and it will be sensational on Instagram.”

Owens was not alone in seeing a fashion future for masks. Rising French designer Marine Serre was an early adopter and they have also featured in recent Gucci, Vetements and Japanese designer Takahiro Niyashita’s The Soloist shows.

But many of the big houses remain cautious and deeply ambivalent about whether masks will be part of our fashion future.

Style historian Olivier Saillard warned masks were “an accessory we all want to be quickly rid of”.

It could be seen as “rather vulgar to make money from putting a logo on a mask,” he said.

While Dior, Saint Laurent and Balenciaga have been making free masks for French medical staff and care workers, there is a reticence about going any further.

Chloe, a bag and accessory designer for a fabled French house, reported that she had been asked to toy with some ideas around masks.

“It’s tricky,” she said. “But we could be wearing them for many months or even years, so why not make them into a fetish object. It is what we humans do.”

Coudert said that it we had to live with them, it was best to make masks that were clever, comfortable and calming.

“I dropped the idea of making ones with a seam down the middle because you can look like a warrior in them. We don’t need to make people any more nervous now,” said the couturier.

For the anthropologist Frederic Keck, masks have long been regarded in the West as “archaic and oppressive”, a prejudice that will be hard to shake.

Indeed, covering the face is technically illegal in France under a controversial “burqa ban” aimed at Islamic face coverings.

In a think piece in the French daily Le Monde, Keck compared masks and the constraints COVID-19 has imposed on social interaction to the “loss of innocence that AIDS brought to love making” in the 1980s.

Despite all the downsides, historian Saillard sees one positive to be drawn from having to wear masks.

“In a era which is all about ego… a little bit of self-effacement is maybe not all bad,” he said.