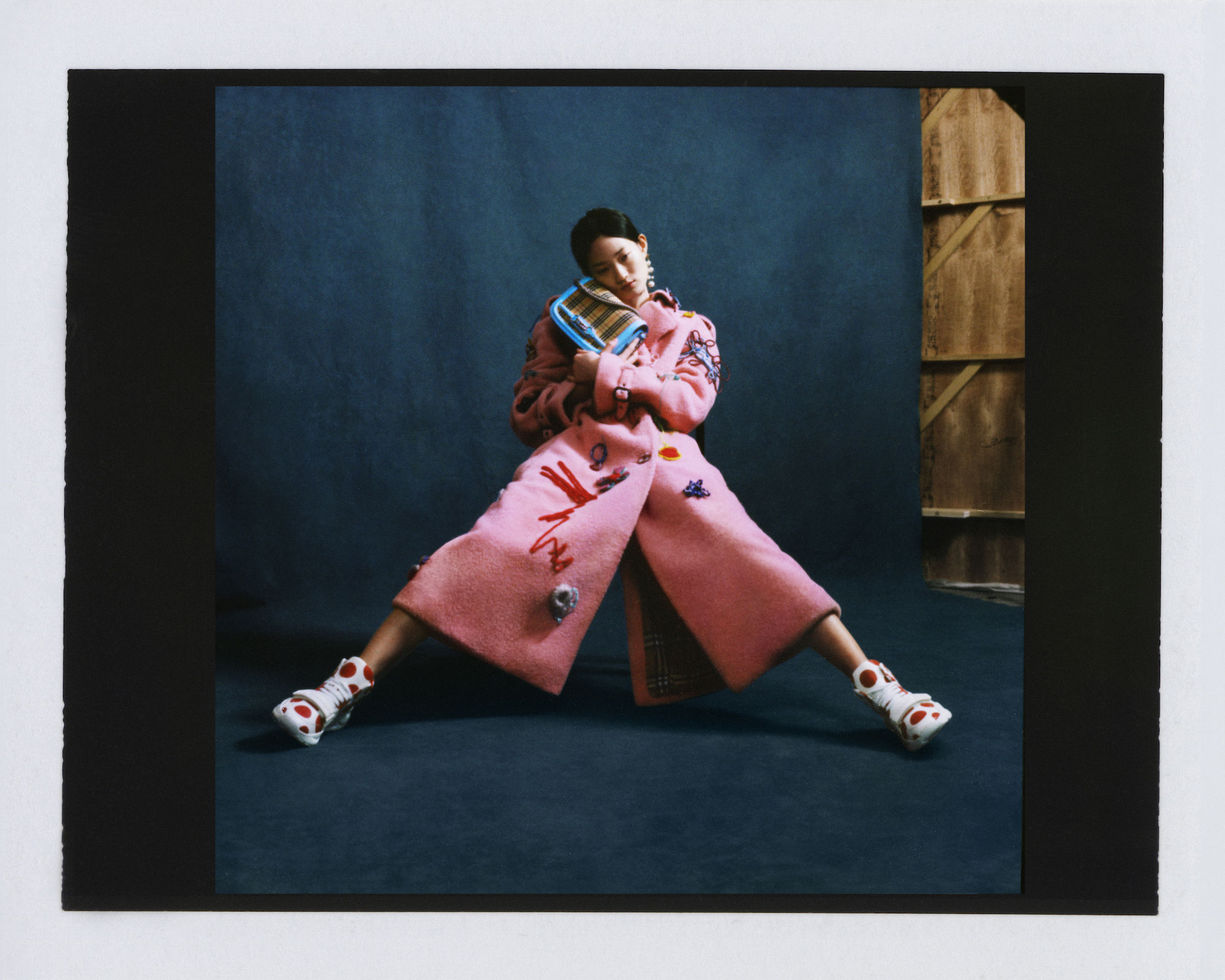 After 17 years at the helm of one of London’s biggest fashion success stories, Christopher Bailey bid his goodbye to Burberry (@burberry) with enough flair to single-handedly shut down London Fashion Week. Of course the presence of the entire posse that he’s amassed over the years helped; Burberry all-stars like Sienna Miller, Kate Moss, Naomi Watts and Keira Knightly took over the front row, a reaffirmation of his influence on the brand.

Christened ‘Time’ — it is, after all, “about the past, present, and future” of Burberry — Bailey put out an honest show that was retrospective of both his and Burberry’s finest (and most memorable) moments, only now refreshed for the times. The result is a melange of licensed prints from the ‘60s and ‘70s, interspersed by elements from the ‘80s archives. The DIY-styled doodles are reminiscent of the teen-tribe style that was all the street culture rage at a time he used to hang out at a dive club in Halifax.

Now that he’s 46, Bailey feels at ease to celebrate his growing pains as an LGBTQ individual in the community by reinterpreting the house’s signature plaid with hues of the rainbow. Red, orange, yellow, green, blue and purple are woven into the hallmark print to create the Rainbow Check, and proceeds for the collection will go to charities for the community’s rights and mental health. Style
Best of Christopher Bailey: Transforming Burberry into a global powerhouse in 17 years

Baggy shell suits, checked jackets, and oversized zipped jackets harken back to Burberry’s chav days, but it’s Bailey’s way of respectfully sticking it to the rest of the fashion world, because he knows they’re going to sell out anyway. The retro streetwear was met with a couple of his greatest hits, such as capes, military coats, iridescent cocktail dresses and shearling aviator jackets, while femininity came in the form of long white skirts. But perhaps the cherry atop the cake would be Cara Delevingne’s psychedelic floor-length shearling cloak, stitched defiantly with all the colours of the rainbow, and swirled triumphantly on the catwalk before Bailey came out to take one final bow.

Here are the looks you need to get in on during the pre-order online, before it hits the stores. 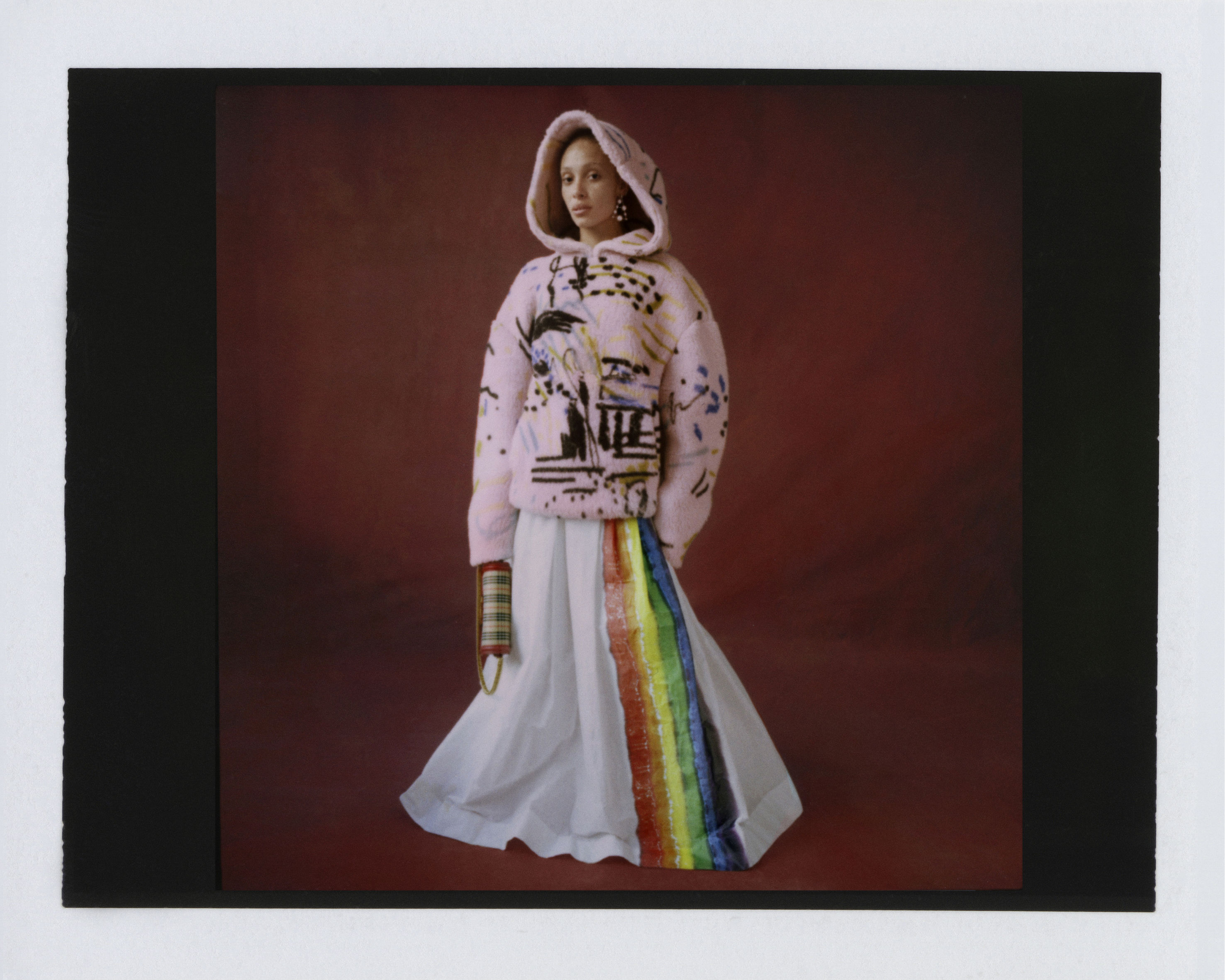 If the feisty Little Red Riding Hood was set in Yorkshire in the ‘80s, this would be her. The marker-graffitied oversized hoodie is paired with a floor-length cream skirt that’s punctuated with the rainbow treatment. Maximum shock effect, yes, but still surprisingly wearable.

Under his watchful eye,  the Burberry check might’ve evolved over the years to become one of fashion’s most revered emblems. However, Bailey has chosen to resurrect the archival version alongside another iconic print and he’s not shy about it. The full body ensemble of matching prints is a challenge to society’s norm of pared down dressing today. 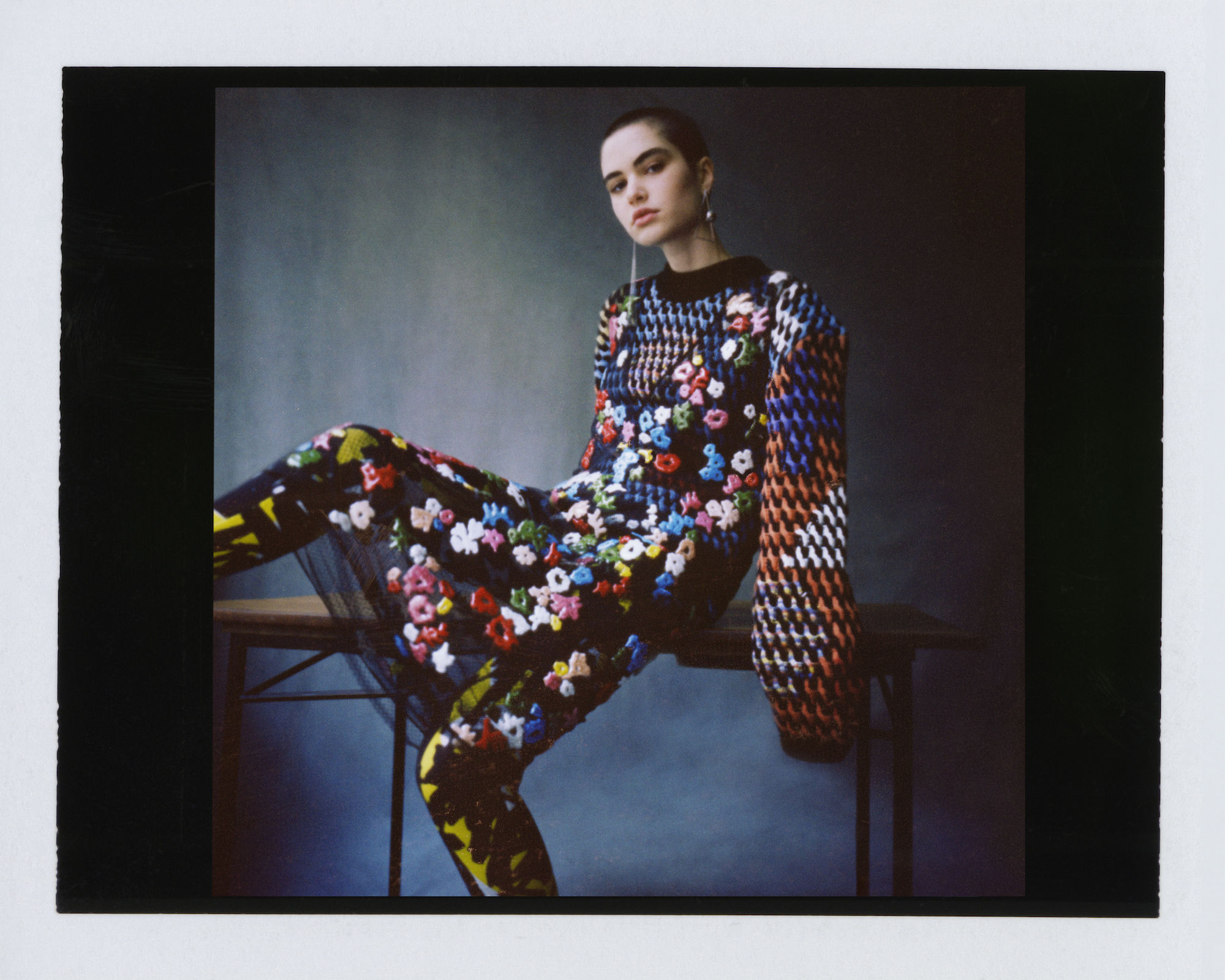 Bailey got romantic in his own kitschy way too. Florals are appliquéd onto a sweater of exaggerated proportions, which trails into a tulle skirt beneath. This is of course matched with clashing graffiti-printed tights. 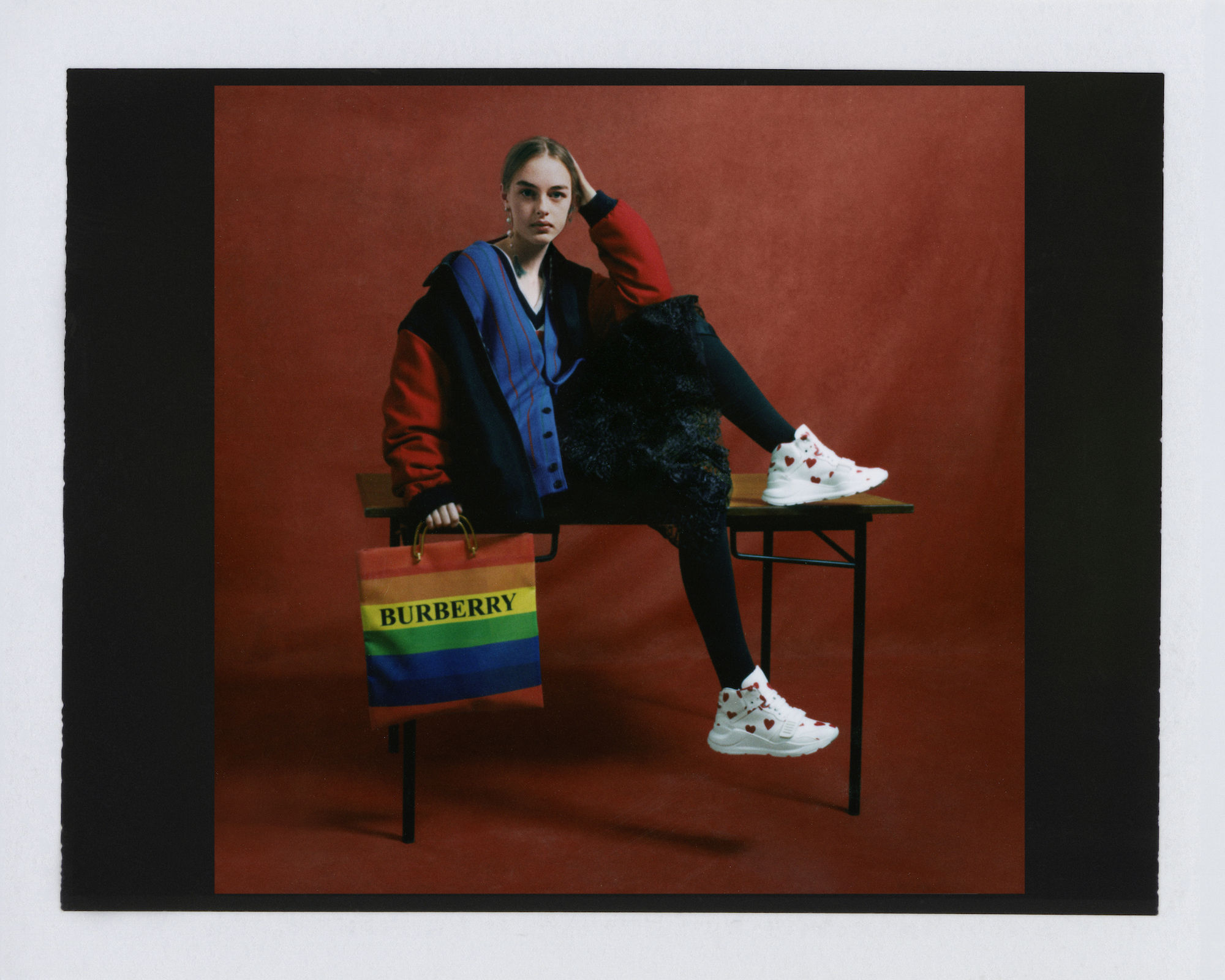 Collegiate dressing is officially cool again. Chunky sneakers — fashion’s current obsession — are made kitsch with vividly contrasting hearts throughout, and then matched with an oversized varsity jacket for a cheeky play on proportions. Bailey revived the tulle but it’s not all sugar and spice at Burberry; the barely-there fabric veers on the dark side this season. Embroidered with the feather motif, black tulle dramatically works its way throughout a floor-length piece. As a reflection of the chaos and ever-changing climate today, clashing graffiti-printed pieces are worn within.

The Link is destined to be a collector’s favourite; the new bag features the ‘1983 check’, and either comes trimmed in contrasting patent leather or punched with metal grommets. Of course, the acid-hued trimmings are in sync with the rest of the collection, especially the Pepto-Bismol pink coats. It’s just yet another way of Bailey expertly weaving the traditional with the new.