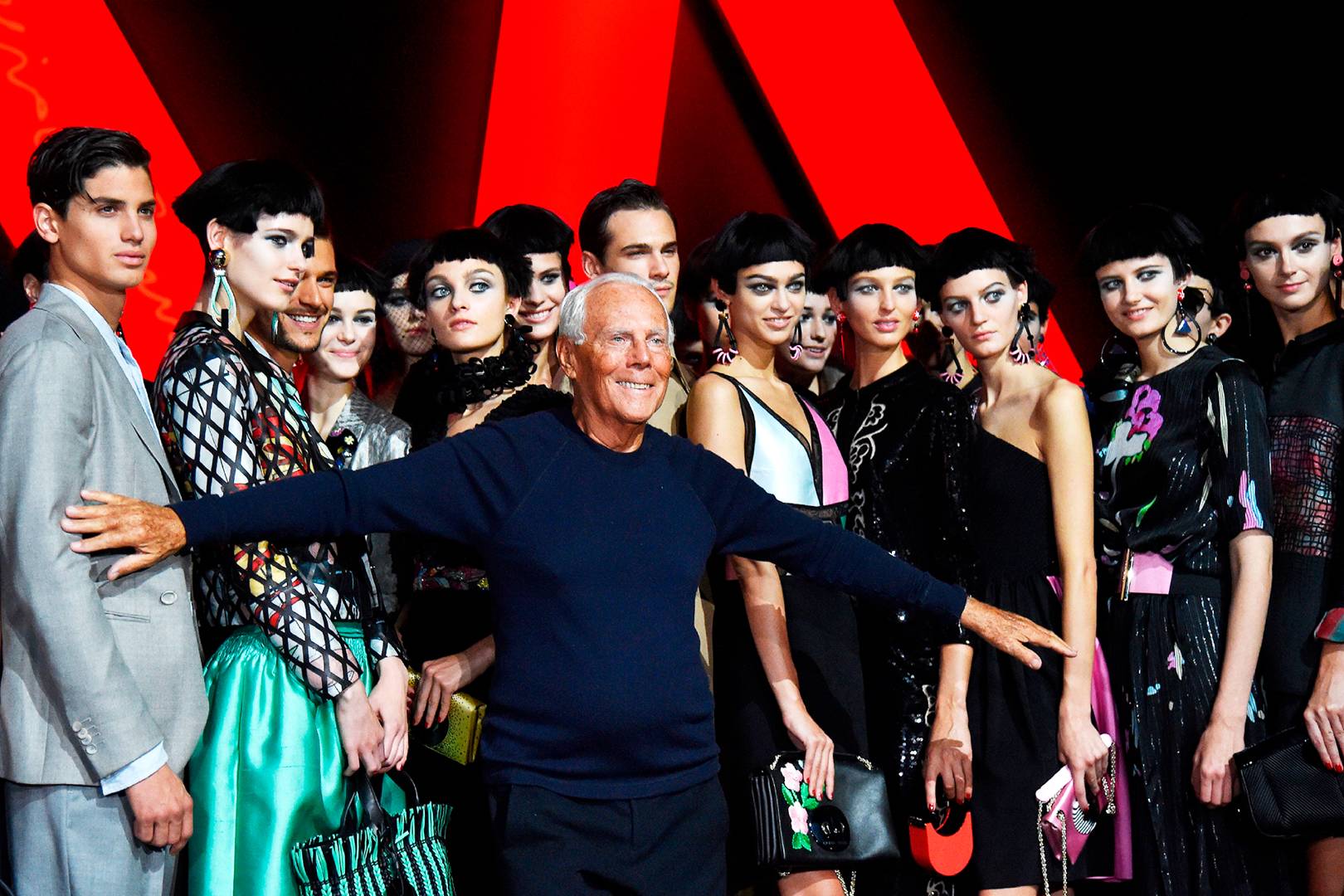 Icons before Instagram: Giorgio Armani, the man who stealthily shaped the fashion world

Style
Icons before Instagram: Giorgio Armani, the man who stealthily shaped the fashion world
Share this article
Next article

Giorgio Armani has staged many retrospectives throughout his illustrious fashion career. But looking back at his own, Mr. Armani deserves a retrospective of his own — not very much the memorial kind but one that chronicles the amazing accomplishment that he has made for himself and to the industry.

The man has given so much to the fashion industry but demands little laurels. A late bloomer in the fashion world, Armani celebrates his 55th anniversary as a fashion designer this year at a sprightly age of 85.

But little did many know, the Italian designer initially studied medicine for three years, left and joined the army where he served for four years at the Military Hospital in Verona. His life took a turn when he found a job as a window dresser at a Milanese department store in 1957, and his design career kicked off. He met many people and took every opportunity to springboard himself as a highly demanded designer of the 60s and 70s. He started working for Nino Cerruti, where he designed menswear and freelanced for a number of Italian fashion houses. It didn’t take long before the international press began noticing his work on runway shows.

The experience gave Armani the freedom to develop his own design language and within a decade, he founded his own label Giorgio Armani in 1975 in Milan — purveying both men’s and women’s ready-to-wear pieces.

Style
Icons before Instagram: Manolo Blahnik, the boy who made shoes for lizards

Mr. Armani never stopped establishing innovative relationships with the fashion world. In fact, in the first ten years of his career, he straddled into various realms in both fashion and lifestyle through his eponymous brand. His breakthrough was when he penetrated into the US market after founding the Giorgio Armani Corporation and then set up several new lines including Giorgio Armani Underwear and Swimwear, Armani Jeans, Emporio Armani and a collection of fragrances with L’Oréal.

By the early 1980s, Armani had already monopolised the fashion market with both affordable and high-end clothing, as well as accessories for a wide range of customers. And he continued to innovate. In the 1990s, the world was introduce to A/X Armani Exchange, a new line of basics for the American mass market, which was followed by a slew of novelties including eyeglasses, cosmetics, home decor, watches and sportswear.

50 years and counting, the Italian juggernaut showed no signs of stopping with his latest appearance at Milan Fashion Week Men’s Spring/Summer 2020. He delivered a perfectly tailored, dapper and classic collection that struck a balance between classic Italian tailoring and rigourous attention to detail.

Pioneer in his own rights

Armani has had many firsts — some not even known by next-gen disciples of fashion. Unbeknownst to many, the Italian fashion legend was the first to broadcast his collection live on the internet back in 2007. It might be just slightly more than a decade ago but his Armani Privé Spring/Summer 2007 fashion show was the first haute couture runway to be shown on MSN when it was still a ‘thing’.

He was also the first designer to impose a ban on models with a body mass index of under 18 to create an awareness against the obsession of overly skinny models. This was in response to the passing of Brazilian model Ana Carolina Reston, who died from eating disorders (starving herself to death).

However, it was through his relationships with the entertainment world that kept his flag flying through these years. Armani was famously known to dress A-list celebrities for red carpet events since the eighties. He had everyone from Cate Blanchett to Julia Roberts, Beyonce to Lady Gaga. Armani also designed Lady Gaga’s record-breaking Monster Ball Tour and the Born This Way Ball Tour.

Michelle Pfeiffer mentioned in an interview: “Why do I want someone to dress me? I can dress myself, and who is Giorgio Armani?” This was back in 1983 when the Italian designer first approached the then 23-year-old actress about wearing his designs to some Hollywood events. Pfeiffer has since worn his clothes, modelled for his campaigns, and is now a long-time friend of the octogenarian fashion icon.

This has sparked a new ‘phenomenon’ of a million paparazzi flashes on the red carpet — something that Armani had envisioned when he realised that in the age of aspiration, there was space for red-carpet fashion. He remembered the 1980s as a time of change, saying: “The new establishment no longer saw themselves as glamour, sequinned and sparkling divas. Celebrities wanted to wear clothing that enhanced them but were not costumes, and it was exactly the type of revolution I was endorsing in the fashion world.”

His relationship with the cinema was also pivotal to his fashion journey, both for promotional reasons and for the stimulus to creativity. He started designing costumes for movies like American Gigolo (1980) featuring Richard Gere and Lauren Hutton, The Untouchables (1987) and a hundred over more and counting.

He’s also been credited for creating the role of the stylist when he first introduced a savvy in-house celebrity liaison in one of his boutiques in the 80s. Armani knew how to make superstars feel like a million dollars with his designs.

“She will not regret what she is wearing when she looks at pictures of herself in the press the next day. Or even next year.”
Giorgio Armani

He became close friends to many big stars in Hollywood simply by being the go-to designer for runway fashion. Celebrities, both legendary and upcoming ones, wanted to be dressed by Giorgio Armani. Anna Wintour once shared a sentiment: “Armani gave movie stars a modern way to look.”

The question — who will succeed Giorgio Armani — has been the elephant in the room for years now. But Armani has made it clear that he doesn’t want his fashion empire to unravel at the seams when he is no longer around. He has yet to name a successor but he definitely has plans.

Armani established a foundation in his name in 2016 and concurred that he planned to lead it for the rest of his twilight years. This foundation aims to give back to the fashion industry and at the same time, ensuring that his legacy will remain intact. His succession plans include a transfer of part of his high-end fashion business to his charitable foundation in a bid to prevent any takeovers or a breakup of the group.

“What has been created is a mechanism that will encourage my heirs to maintain harmony and will avoid the group being bought or broken up.”
Giorgio Armani

Whatever happens, Giorgio Armani remains as one of the fashion’s greatest greats and will forever be remembered for the many hats he has worn, especially as the pioneer of red-carpet fashion.

Giorgio Armani icons before instagram Fondazione Giorgio Armani
Martin Teo
Editor
Martin has a bent for history and food culture, especially of the Peranakan heritage. Since the pandemic, he finds joy in plant parenting and continues to expand his collection of Philodendrons, Anthuriums, and Syngoniums. He's now on a lookout for the elusive Philodendron Florida Beauty to add to his urban garden.
Dining Living Home