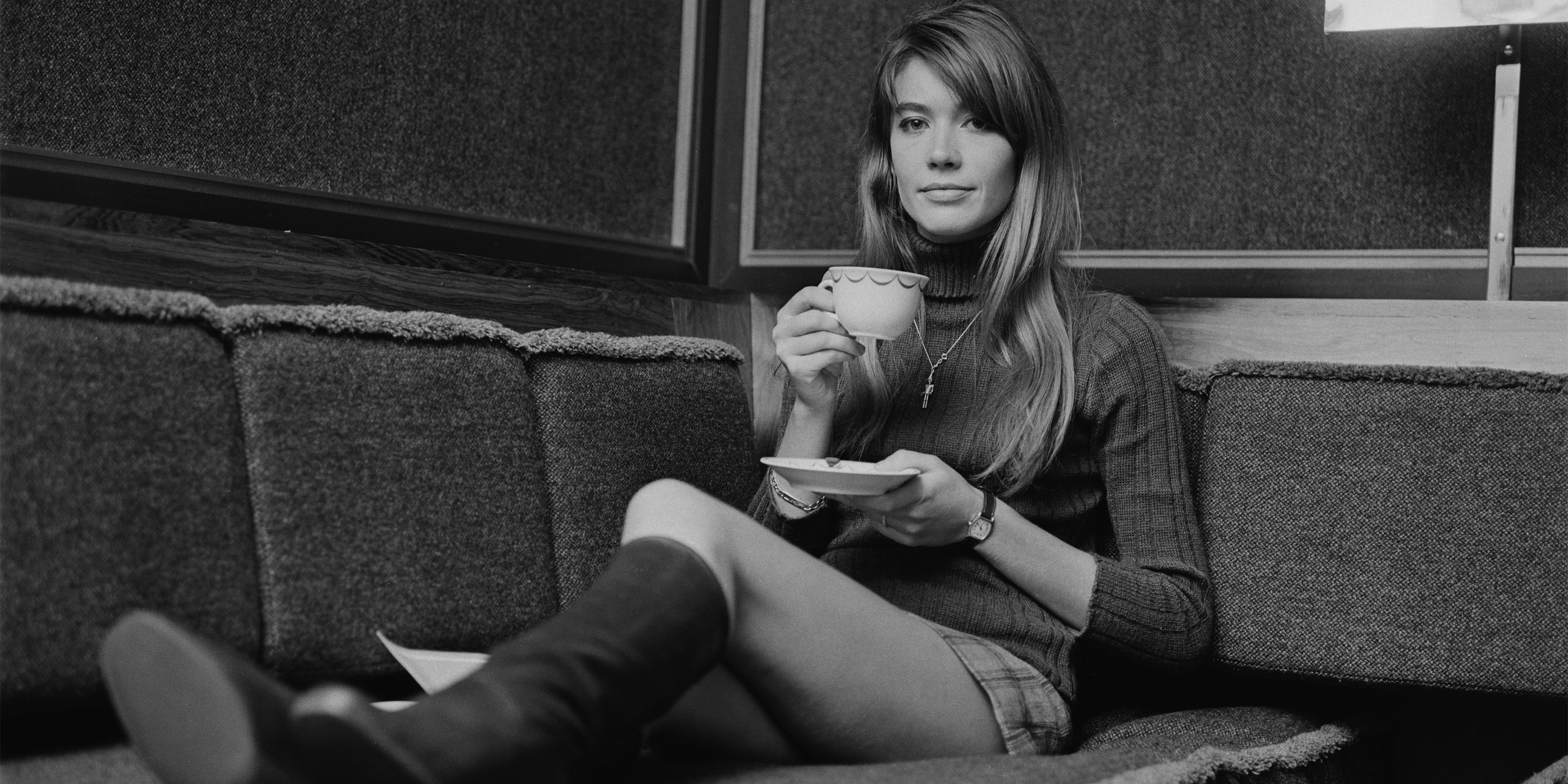 Try googling “How to be French” and you’ll find yourself swamped in tons of how-tos on getting the hang of the art. And we can safely deduce that there’s always the French way to do everything, from doing breakfast toasts to getting away with très chic unwashed bed hair. Caroline de Maigret’s How to Be Parisian Wherever You Are has become any self-professed francophile’s coffee table book holy grail (an Instagram feed essential, too). But as Louis Vuitton creative director Nicolas Ghesquière once testified to Vogue, when it comes to “the very essence of French style,” Françoise Hardy will always be the unbeatable muse.

Far from ordinary, Hardy was Mick Jagger’s “ideal woman”, inspiring a diverse range of talents including style chameleon David Bowie and folksy singer Bob Dylan to write a poem in tribute of her. Even avant-garde Japanese designer Rei Kawakubo gleaned inspiration to create the name of her now-mega label, Comme des Garçons, by tweaking one of Hardy’s lyrics.

The native Parisienne had her big break after she answered a newspaper ad looking for young singers and successfully auditioned for the Vogue record label in 1961. Hardy’s first hit singles Oh, Oh, Chéri and Tous Les Garçons et Les Filles propelled her to the very forefront of Yé-Yé pop stardom. But as legendary as her musical triumph was, her impeccable sense of style was what cemented her idol title. Famously declaring her style prowess as the secret ingredient to her success, Hardy told a reporter in 1968, “If it weren’t for the way I dress, no one would notice me.”

True enough, Hardy was the style phenomenon of her day, and still is to Alexa Chung, who rightfully represents all the cool It-girls of the last decade. Hardy earned her street cred by breaking the exaggerated femininity mould which Brigitte Bardot set. With her doe eyes, sharp cheekbones and androgynous charm, she was the anti-Bardot opposing the overtly sexed up look of soft ruffles and skintight off-shoulders. “She doesn’t wear rouge or lipstick. She doesn’t smoke,” was how an American reporter put it in 1966.

An instrumental part of France’s historical sixties icons, she dictated the rules of fashion systematically, and to the great good fortune for the rest of us attempting her Parisian ingénue flair: Skirts are worn short, furs maxi-length, pants flared. Evening get-togethers call for a Saint Laurent Le Smoking oeuvre; sunlit gatherings for bold sunnies and gamine caps.

Below are three things any avid fashion fan should learn from Françoise Hardy, the OG street style. Allons-y!

1. A balanced dose of androgyny
Before they’ve become a thing, Hardy has never shied away from tracksuits or masculine suit co-ords. Her ‘tude was tomboyish, but she was definitely not one of the boys. Our main takeaway: You can dress tough without compromising your femininity.

2. Doing the insouciant bedhead fringe
At one point in our lives, there will always be a time when dramatic hair change is inevitable. And what better way to do it by sporting bangs the French girls are known for? Sure, Jane Birkin and her wispy bangs are the classic go-to, but Hardy’s side-swept tousled bangs will be the nonchalant classic to opt for if you’re feeling friskily adventurous. The secret to it isn’t numerous trips to the salon — instead, low maintenance is key. It’s easy, really: Roll out of bed and skip hair-washing for half the week.

2. Berets are eternal
Although the French have always had a way with the beret, Françoise Hardy popularised the newsboy cap like no other. It’s a time-transcending classic, and the fact that it’s been making ubiquitous reappearance on the runways lately is proof of its staying power. So if you think berets are passé or that the typical Basque beret is all there is to it, think again.