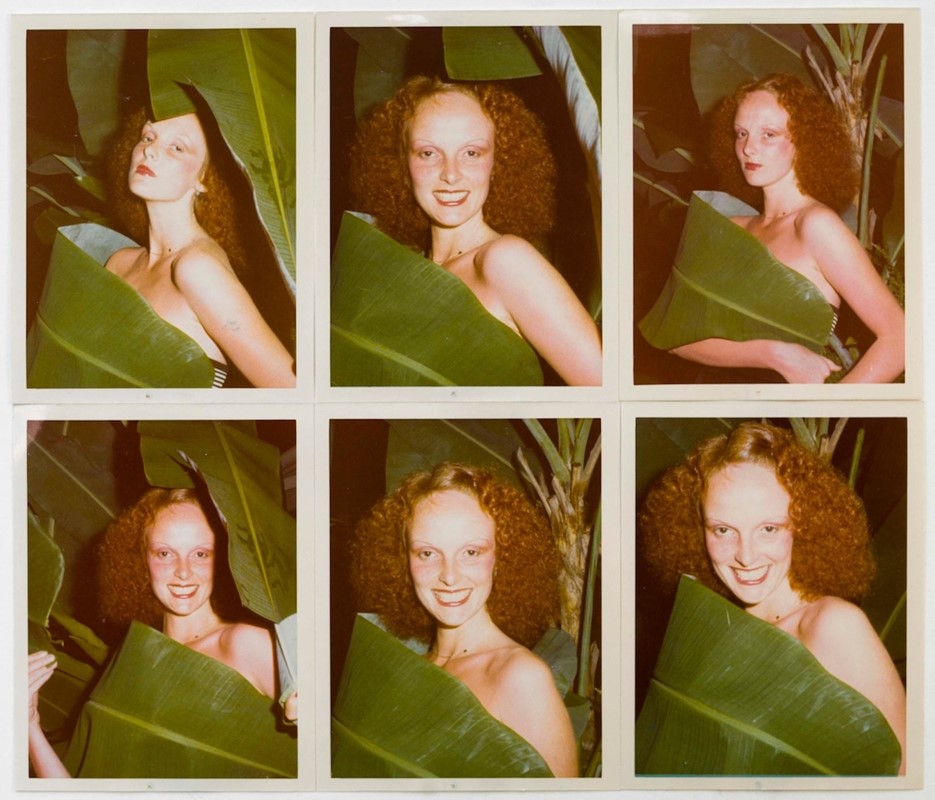 Icons before Instagram: Grace Coddington, and 7 of her most seminal works for Vogue

Style
Icons before Instagram: Grace Coddington, and 7 of her most seminal works for Vogue
Share this article
Next article

In her 2012 memoir Grace, legendary stylist Grace Coddington ponders the rise, fall and rebirth of her journey in fashion. As the chapters unfold, we follow her through the idyllic childhood spent in her family-owned hotel in North Wales, her escape from the island through a short-lived modelling career, and then her mega stardom as American Vogue’s fashion creative director.

Coddington made herself a significant household name when she appeared as the self-effacing and creatively romantic counterpart to Anna Wintour in R.J. Cutler’s fly-on-the-wall documentary of the inner workings of the fashion bible, titled The September Issue. In it, the former Vogue creative director (now creative-director-at-large) loathes the camera, openly cusses, and constantly dresses in her signature all-black basics. No one was immune to her charms, which seemed antithetical to that of a fashion figure.

Having styled Vogue’s fashion spreads for more than three decades, Coddington’s ethereal, rich and detail-oriented aesthetic has largely shaped fashion into what it is today. Cutler, who trawled the halls of Vogue’s office for a year to film the documentary, said, “Every billboard, fashion magazine spread, every advertisement we see today has been influenced by Grace Coddington.”

Famed for creating memorable shoots with narrative arcs and characters of intrigue, Coddington lists the likes of fashion industry behemoths Tim Walker to Annie Leibovitz as her long-time collaborators. In the wake of her 77th birthday on 20 April, we look back at seven of Grace Coddington’s most groundbreaking works with said photographers, as seen on the pages of Vogue. 1
Checking Out: Kate Moss at the Ritz Paris

Ritz Paris has long been fashion’s unofficial home, be it during Paris Fashion Week or as the setting for lavish fashion spreads. So naturally, when the hotel was scheduled for a major refurbishment in 2012, Vogue had to pay tribute. Right before closing down, Coddington had Kate Moss romp through the halls of the Ritz Paris in the season’s most OTT couture. Pictured above is Dior Haute Couture’s embroidered silk dress topped with a headpiece created by Julien d’Ys, Coddington’s frequent collaborator. 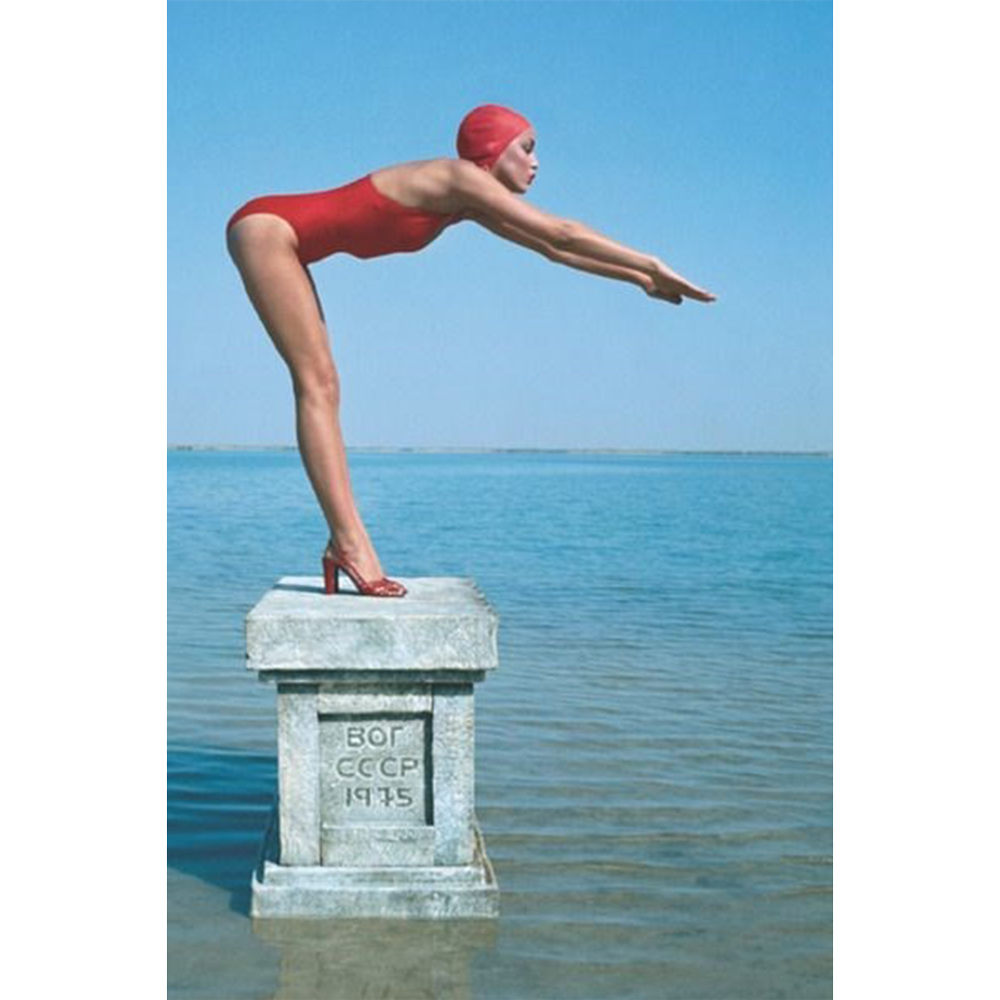 Under British Vogue, Coddington travelled with storied photographer Norman Parkinson and model Jerry Hall across the Soviet Union as the first magazine that was permitted to shoot in Russia. Hall was shot reading the newspaper in Moscow’s Red Square and poising to dive headfirst into Lake Sevan. They were informed the camera film would be confiscated and developed in Moscow, so Hall deftly smuggled several rolls in her makeup bag for safekeeping. 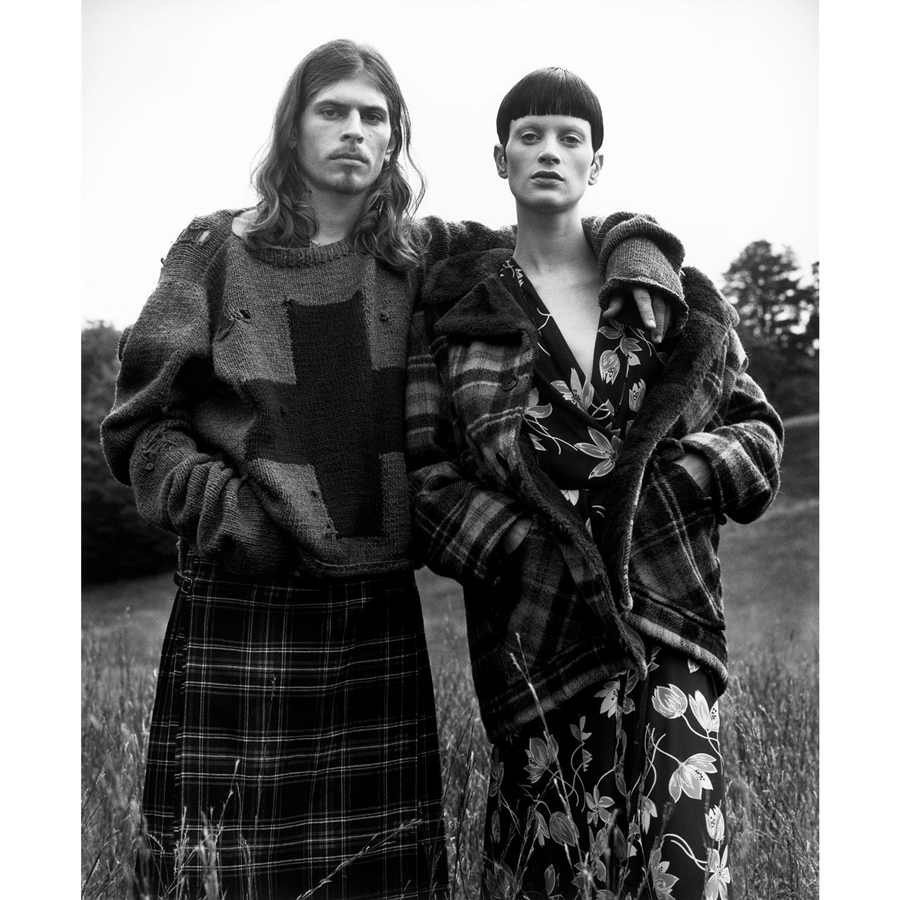 Albeit short, Marc Jacobs’ tenure at Perry Ellis sparked his ode to Seattle’s grunge scene. He was immediately fired for straying away from the brand’s easy, understated American way of dressing — but his Spring 1993 Perry Ellis collection lives on as one of fashion’s most epoch-making moments. Inspired by the notorious collection, Coddington worked together with Steven Meisel on a series of poetic black and whites. 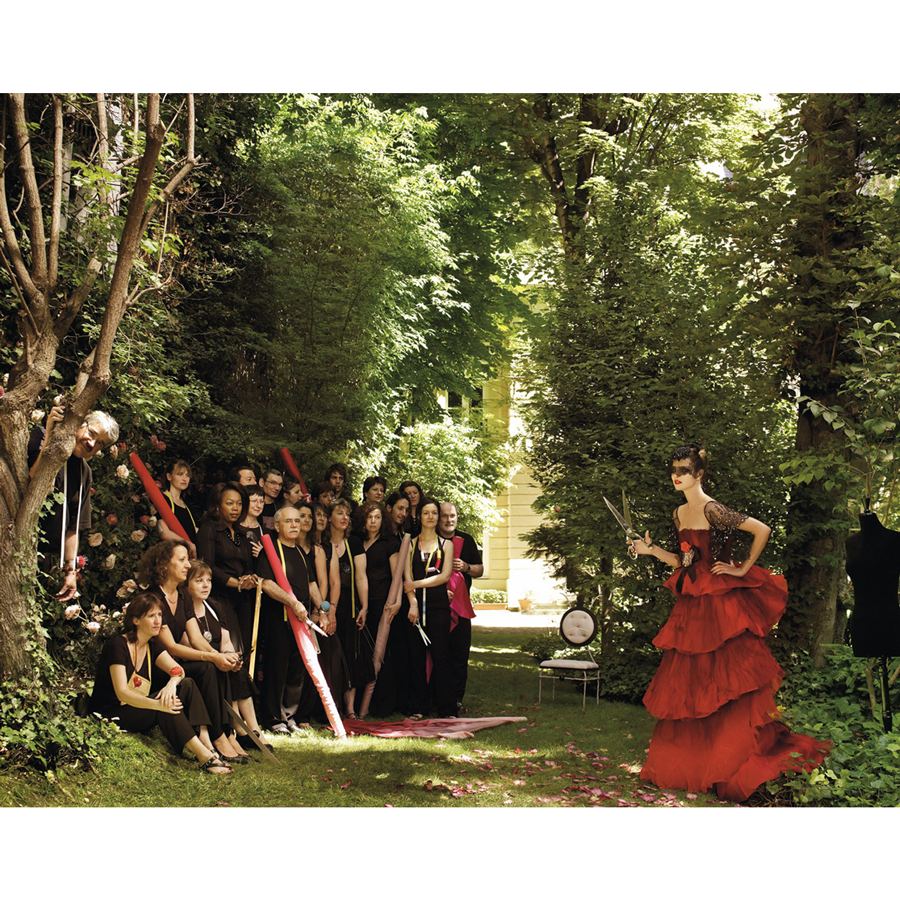 Paying homage to Paris’ couture scene and the artisans behind it, Coddington, then-reputed photographer Patrick Demarchelier and Russian model (also Coddington’s go-to muse) Natalia Vodianova jumped from atelier to atelier, shooting each brand’s handiwork along with the people whose hands made it. Here’s the Christian Lacroix team ogling their rose petal-like masterpiece, as worn by Vodianova. 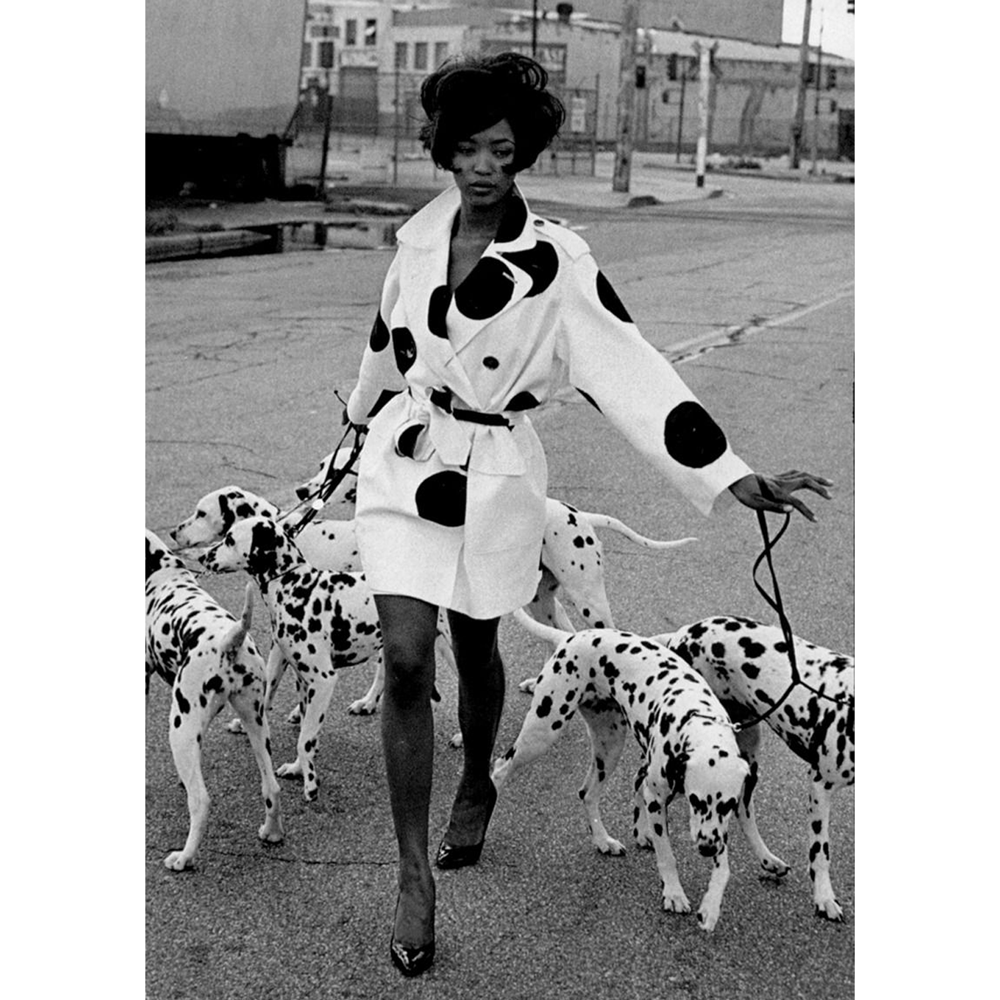 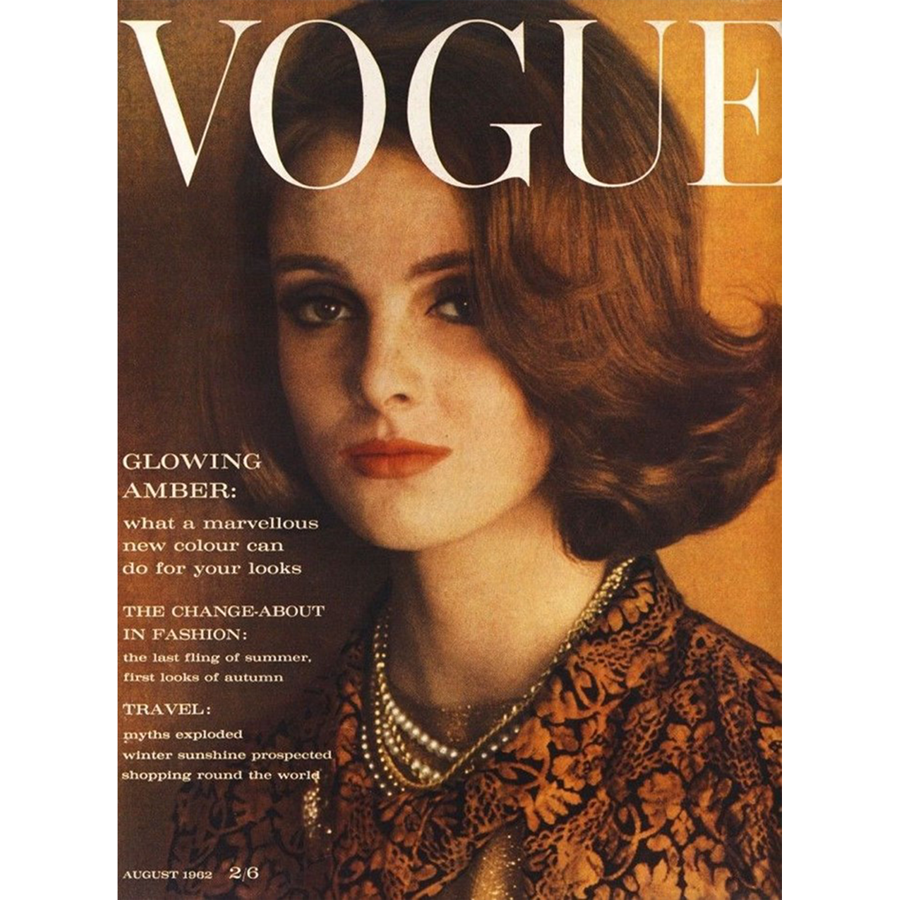 Before rising as an important figure behind the cameras, Coddington was one in front of them. In 1962, she appeared on the cover of British Vogue, debuting her newly flaming-red mane alongside the caption “What a marvellous new colour can do for your looks”. She previously had her hair cut into an asymmetric blonde bob and then a memorable five point pixie cut by Vidal Sassoon, thus concealing and regrowing her hair under a knotted turban. As if heeding the cover line advice, Coddington exhibited her new shade and has since maintained the look. Fun fact: Her long-term partner and acclaimed hair stylist Didier Malige trims it routinely. In her memoir, Coddington wrote about spending her youth absorbing films or inventing characters based on the guests that stayed at her parents’ hotel. Her favourite fantastical tales were written by Lewis Carroll, and in 2003, Coddington and Annie Leibovitz created a dreamlike Alice in Wonderland-inspired shoot. Vodianova became Alice, while various designers made cameos and assumed characters from the classic tale — Dutch designers Viktor Horsting and Rolf Snoeren as Tweedledee and Tweedledum, Marc Jacobs as Caterpillar, and Stephen Jones as Mad Hatter.