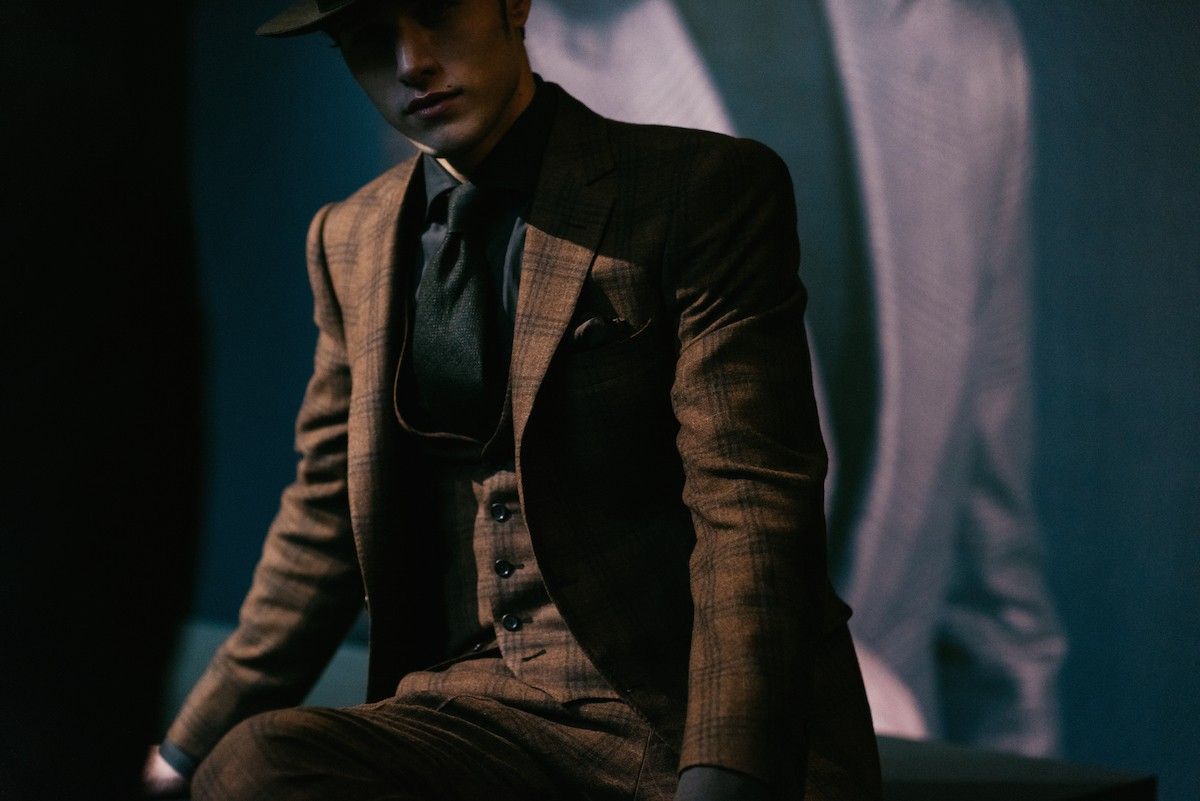 Q&A: John Vizzone on helming Italian label Cifonelli and the future of menswear

Style
Q&A: John Vizzone on helming Italian label Cifonelli and the future of menswear
Share this article
Next article

Karl Lagerfeld once remarked he could identify a Cifonelli shoulder within a distance of a 100 metres. This figure-flattering shoulder arch was invented by Arturo Cifonelli in 1926, who merged the precision of English tailoring with the softness of Italian sartoria.

The secret formula behind its made-to-measure trade has been passed down within the Cifonelli lineage for decades. Preserving the family heritage, Cifonelli refuses to conform to the prevailing business model trend, where mammoth luxury good holding companies acquire and take charge.

Yet, closely guarded as it is, it made logical sense when cousins Massimo and Lorenzo, Ciffoneli’s fourth generation owners, roped in close friend John Vizzone in 2014 to lead the next step in the Cifonelli business: Ready-to-wear. An insider with large-scale menswear industry know-hows, Vizzone cut his teeth as mega brand Ralph Lauren‘s creative director for 28 years. On top of that, the fact that his impeccable personal style is attuned to Cifonelli’s dapper gentleman DNA certainly helped seal the deal.

Debuted during Spring 2015 as part of Paris Men’s Fashion Week, Vizzone’s first collection garnered critical acclaim. And the deeper the seasons go under his discerning eye, the Cifonelli man — or rather, the Cifonelli prince, as Vizzone calls it — comes into his own with a distinct Parisian panache. The creative director continues to raise the bar as he translates the Italian label’s sophistication with expertly cut suits and luxe tonal sportswear.

In Singapore for a private trunk show, John Vizzone filled us in on why men need to step up their sartorial game, his next collection at Milan Men’s Fashion Week, and Cifonelli’s upcoming lounge in Singapore.

Lifestyle Asia (LSA): Let’s start from the beginning. How did you start designing?

John Vizzone (JV): It’s interesting, my first job. I was actually an assistant buyer for Brooks Brothers. I was a marketing major and I wasn’t really working in design. Then I met this designer, Alan Flusser, and my first project was working on Wall Street with him. I really got the basis of men’s tailored clothing. After a while there, I met another designer and it happened to be Ralph Lauren. He liked me and my aesthetic, and that was 28 years [of creative directing for his brand]. After that, it just so happened I needed a change. So here I am today.

LSA: How would you describe the ultimate Cifonelli man?

JV: He’s a guy who has respect for heritage in menswear, but has the confidence to present himself in a way that looks like a real gentleman — with a sexy modernist feel to it.  The true Cifonelli gentleman does everything. He could be in a beautiful tailored suit, and at night, put on a pair of black jeans, motorcycle jacket and t-shirt, and go out. He’s a refined gentleman with an understanding of style and elegance.

LSA: How has this concept of the quintessential Cifonelli gentleman evolved since your first season?

JV: I’d like to think that the collection is an evolution in itself. But any collection, even with respect to the past, has to be current. There are always trends where the trousers are a little narrow, and shoulders point-to-point will be a little wider — but with men, it’s really slow. A true gentleman is not so interested about being in the moment; he just wants to look fashionable and elegant.

LSA: Who would personify the Cifonelli gentleman?

JV:  If you were to say who I’d love to dress, it would be that guy from Kingsman: The Secret Service — Colin Firth. Everything I make would look perfect on him. He would be my ideal choice.

JV: There are 15 different ways you can refer to it. The word I’d like to call it is the cigarette shoulder. There’s something very chic about it. It’s this type of roping that I’m wearing, and is all in the sleeve head. This was originally developed to have a really high armhole, so it gives you freedom of movement. I believe a lot of guys can carry this off, if they have the confidence.

JV: Because I have to work on the collection very far in advance, I’m in tune with things that are around me. So I’m always thinking about where I’m going to go next. If you look at all the eight collections I’ve done, you’ll see an evolution. I always think of the Cifonelli guy as my modern prince. I think: Where is this prince going?

LSA: Cifonelli is known for its made-to-measure artisanship, and Lorenzo and Massimo are often in the atelier to measure clients themselves. Do you get hands-on with everything?

JV: I do everything. I go to the factory, I fit the clothes. We don’t have that many staff, so I’m very hands-on. I was like that too with Ralph Lauren, although it was on a bigger scale. It’s just my personality to do so.

LSA: For next week’s Spring 2018 show, you’re joining Milan’s line-up again. What sparked the move from Paris to Milan?

JV: It may seem surprising that we’re going to Milan, but I really [wanted to] go back to the original DNA of the brand. This is our third show in Milan. We loved Paris — but unfortunately, for the menswear brand, our competition is all in Milan. It just made more sense for us to show there. We’re not a designer brand, we’re a luxury brand. We also thought it’d be better to have an all-day club, where you can see the clothes for a longer time. We’ll have live models and you can feel the designs. It’s very tactile.

LSA: We’ve heard the big news that a Cifonelli menswear boutique is set to open in Singapore. Tell us more about that.

JV: We’re going to be opening up a lounge in Singapore. It’s more like a menswear club where you’ll have ready-to-wear and mainly made-to-measure clothing in a very refined, chic and elegant environment. It will be more like a couturier house for women, but we’re marrying it with a menswear club.

LSA: That sounds really exciting. When will it be officially launched?

JV: This will be happening within the year. We still don’t have the details yet, but this kind of environment [at Madison Rooms] would be perfect. This club-like setting. This place is great, but I tend to be a little more minimal. We’ll be a little more eclectic.

LSA: Lastly, what would you like to see more of in the future of men’s fashion?

JV: Less fear. Men are afraid of clothes in general. Women are so much more receptive. It’s interesting because even before the Victorian period, men were much more — I wouldn’t say flamboyant — but they’re now so afraid of everything. I think it’s about being confident about yourself. A gentleman who’s really comfortable with himself, will find it easier to wear bolder clothes.