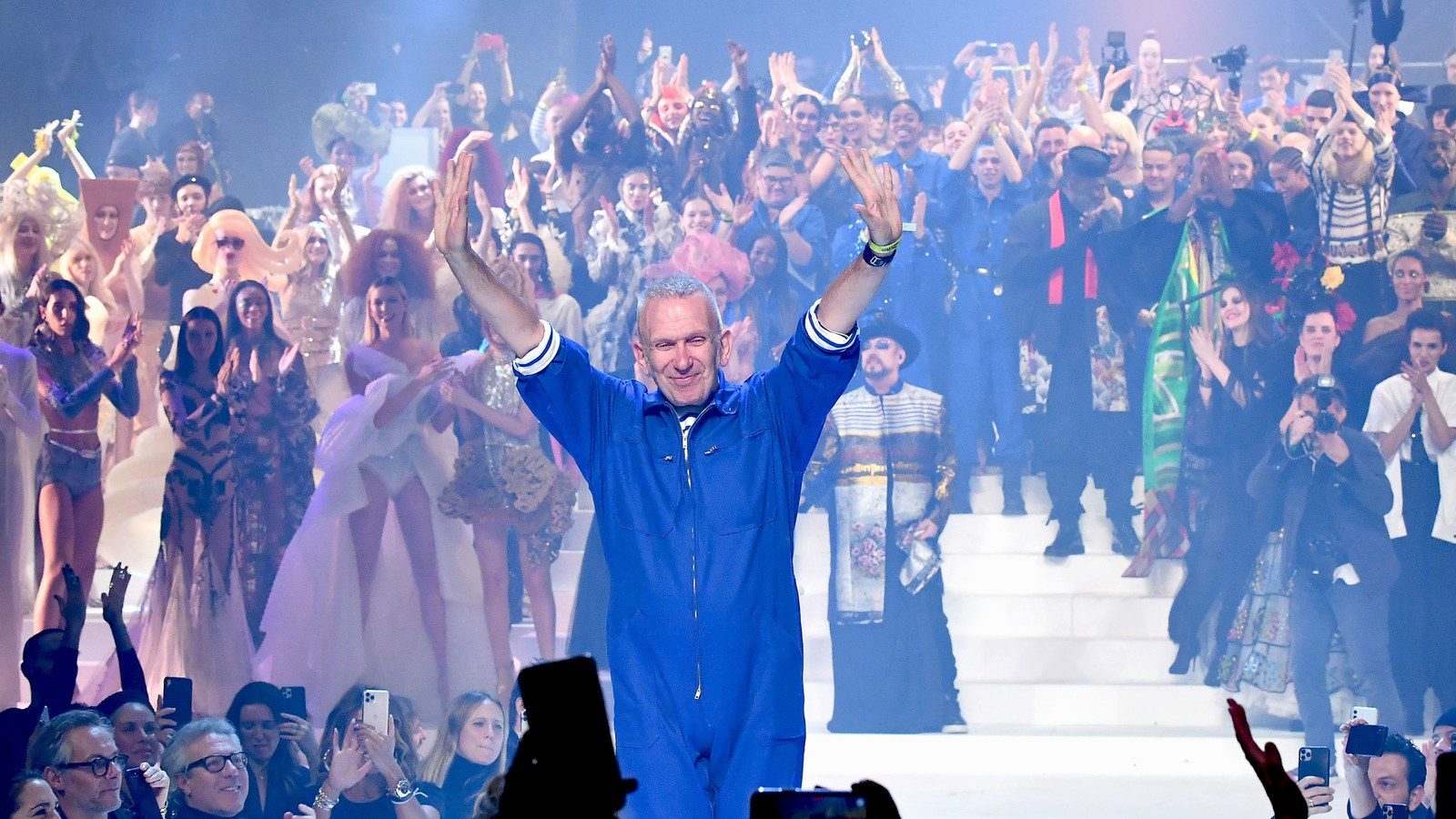 It’s the end of an era: legendary French couturier Jean-Paul Gaultier has taken his final bow on the runway with his Spring 2020 haute couture show.

The designer’s swan song took place at the Théatre du Châtelet on January 22, almost a week after he had announced his retirement from the runway. The venue is a famed theatre and opera house in Paris — fitting for a designer who had spent the last 50 years as fashion’s greatest showman. He certainly pulled out all the stops for his hour-long couture show at Paris Fashion Week, which was an unabashed celebration of his iconic designs, his model muses and fashion in general. Below, we list out the highlights from Jean-Paul Gaultier’s Spring 2020 haute couture show.

The show opened with a funeral

Jean-Paul Gaultier loves to put on a show, and his theatrics were on full display on Wednesday evening. He kicked off his runway show with a funeral. Not a sombre one, mind you, but one with dancing pallbearers, a chic mourning crowd clad in Gaultier’s costumes and a jazzy Amy Winehouse tune in the background. Karlie Kloss took to the stage to open the coffin, revealing the show’s opening look: a puffy white babydoll dress.

Gaultier’s famous friends were in attendance

The conical bras, the breton stripes, the avant-garde tailoring and the elaborate, extravagant gowns — all of Jean-Paul Gaultier’s greatest couture hits from the past half-century were on display at his last runway show. There were almost 200 looks in total, and they were split into mini-collections, each revolving around one of Gaultier’s sartorial obsessions. The show was both a treat for fans and a visual map of Gaultier’s unparalleled imagination.

Supermodels of past, present and future walked the show

Jean-Paul Gaultier also brought out his most star-studded runway cast yet: supermodels of the 1990s, 2000s and the 2010s all strutted down the stage in a string of surprise appearances. Irina Shayk, Karlie Kloss, Bella Hadid, Gigi Hadid, Joan Smalls and Erin O’Connor are just some of the models who made up the stellar cast. Gaultier also sent his muse Dita Von Teese down the runway. His most famous muse, Madonna, was absent, but in her stead was her daughter Paris Jackson, who made her runway debut at the show.

Coco Rocha danced her way down the runway

A Gaultier show is never a boring affair. Models at the S/S20 show sang, danced and performed for the crowd, so the show never really felt like the final goodbye from one of fashion’s greatest couturiers. Instead, it was a joyful ode to the designer’s achievements — and that energy was especially present as Coco Rocha performed an Irish dance down the runway.

To top things off, British musician Boy George gave a rousing performance on stage for the runway finale, where over a hundred models were gathered in celebration. Gaultier himself was also in high spirits, clapping and singing along with the crowd before being lifted up for one last hurrah. Talk about a heartwarming ending.

Haute Couture Jean Paul Gaultier
Pameyla Cambe
Senior Writer
Pameyla Cambe is a fashion and jewellery writer who believes that style and substance shouldn't be mutually exclusive. She makes sense of the world through Gothic novels, horror films and music. Lots of music.

Style
Bell & Ross’s BR03-92 Grey LUM is a watch that’s made to be seen — both in the day and at night
Living
Review: Adidas switches up the wireless headphones game with the FWD-01
Style
How Victoria Beckham is filling the void Céline left behind
Food & Drink
These restaurants in Singapore’s CBD have the best business lunch sets
Culture
LSA Loves: The Moon is not just a bookstore, it is the safe space we need
Travel
Where to eat and shop in Hongdae like a local
Style
The Bape and Coach limited-edition collection to be available in Singapore this weekend
Style
Watch: Gucci Fall/Winter 2020 live from Milan Fashion Week
Travel
6 fashionable hotels in Milan for your next stay
Sign up for our newsletters to have the latest stories delivered straight to your inbox every week.

How Victoria Beckham is filling the void Céline left behind

The most couture-worthy looks at London Fashion Week