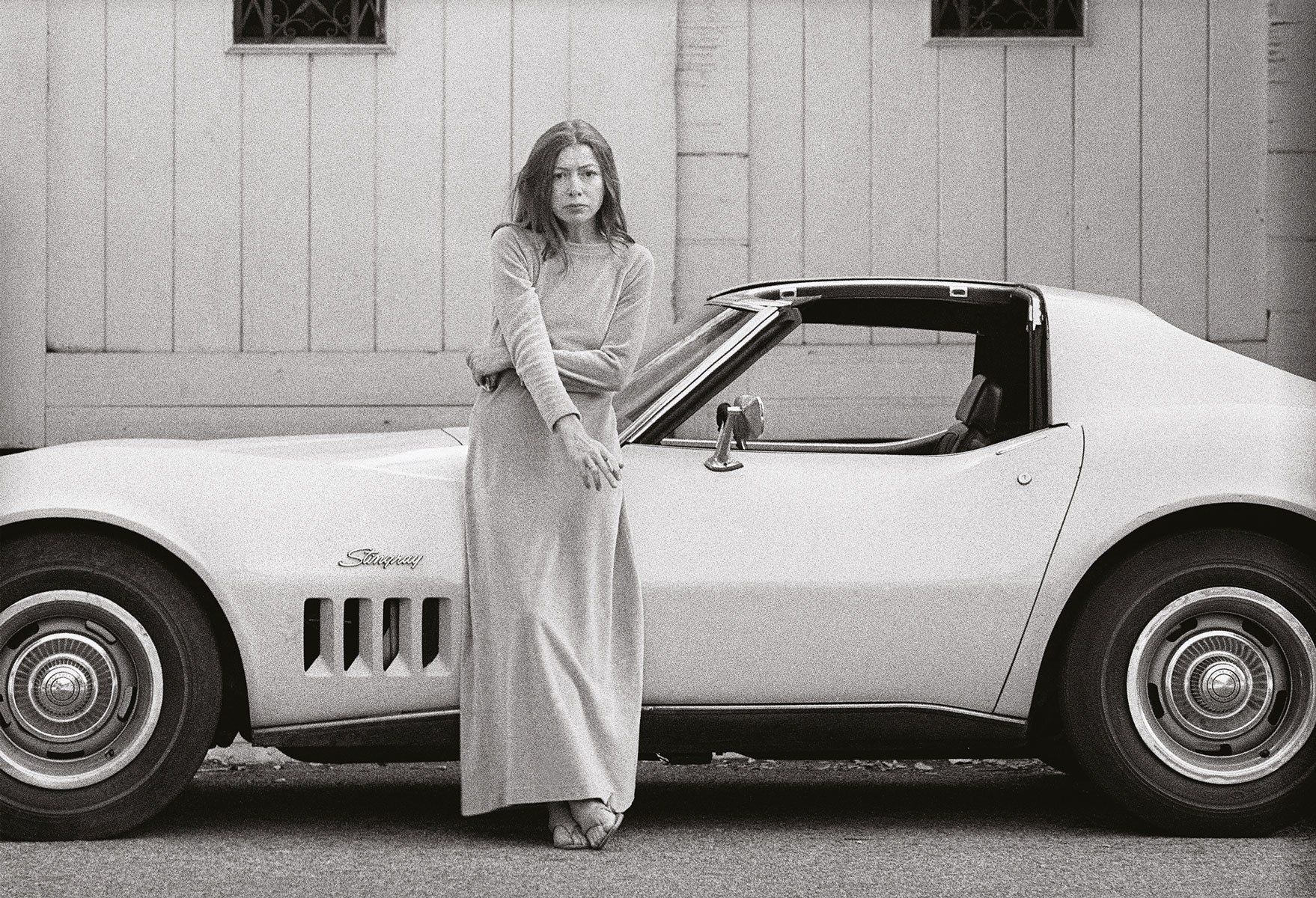 Writers become known and loved for their distinct style when it comes to words on a page, but the same is not always assumed sartorially. With Joan Didion, however, it can be.

The seminal American writer behind The White Album, The Year of Magical Thinking and a handful list of other books, has her notoriously private life unfolded in a just-released Netflix documentary, Joan Didion: The Center Will Not Hold, directed by nephew Griffin Dunne. Told in a loosely chronological order, you’ll watch how Didion’s Slouching Towards Betlehem (1968), a compilation of sociocultural essays on Californian life, received wide acclaim — launching her into a famous, celebrity-like enigma. You’ll also get to witness her charming personality, animatedly sharing anecdotes to Dunne, leaning into him to listen as he recounts their first meeting, or warmly calling her late husband “a hothead”. A never-before-off-paper vulnerable side to her elusive persona.

As revisited in the film, no one is immune to Didion’s allure: Warren Beatty had a crush on her. Janis Joplin attended one of her parties. Harrison Ford was the contractor for renovations on her Malibu family home before he was a friend. Former US president Barack Obama, when presenting her with the National Medal of Arts and the National Humanities Medal, couldn’t help but add, “I’m surprised she hasn’t already gotten this award.”

But it was through the series of vintage photos taken in her 20s, 30s, and 40s sandwiched in-between the frames, that it became plain to see: Didion’s natural knack for raw and affecting prose is on par with her flair for style. And although she might strenuously reject the idea of being called a “style icon”, her sartorial decisions have been scrutinised ever since she arrived in New York, aged 20, to start her first job at Vogue.

To sum up the Joan Didion uniform, it typically consists a repetition of louche pieces: A long-sleeve knitwear dress, a neat t-shirt or jumper, an a-line miniskirt or high-waisted cropped jeans, sandals, and oversized sunglasses. This mix of pieces always come with a cigarette in sight, nonchalantly dangling from her lips or slipped between her fingers. The aspirational image of a writer.

Up to this day, black-and-white portraits of Didion leaning against her Corvette Stingray (all the cooler for being her Stingray, not some pretentiously borrowed car) or languidly sitting by her wooden desk, are still making incessant rounds on Instagram and Tumblr. Another popular favourite the Internet generation can’t get enough of is her more recent 2015 Céline shot by Juergen Teller. Phoebe Philo put her front and centre in a sleek black dress with a dangling pendant. In the ad, Didion looks exactly her age (80 at the time), yet so immaculately chic in her enormous shades and sharp bob. If anything, it solidified her status as a pop-cultural sweetheart.

Former i-D fashion editor Terry Newman wrote Legendary Authors and the Clothes They Wore this year, and in it, she spoke on the significance of clothes to Didion: “What I found with her is she often used clothes as a way into the subject she was writing about. Clothes are a mundane conduit into extraordinarily emotional moments in time, and that lends a power to what she’s talking about.”

Didion’s body of work is not unlike her perennial staples: Poised, vulnerable, and time-transcending. For decades now, she’s been the ‘It’ girl of every moment she’s been in. In the ‘60s, ‘70s, ‘80s, and, of course, the Céline campaign. Newman says, “She’s the perfect look that encapsulates the moment. Maybe she’s not that keen on that, but it’s true.” And just perhaps, this celebrated symmetry between her style of dressing and style of writing that will keep her as the stylish prose auteur the world will never forget for centuries to come. Whether she likes it or not.

Watch Joan Didion: The Center Will Not Hold on Netflix.

Netflix icons before instagram fashion icon vogue Joan Didion American writer Joan Didion: The Center Will Not Hold
Bianca Husodo
Sign up for our newsletters to have the latest stories delivered straight to your inbox every week.