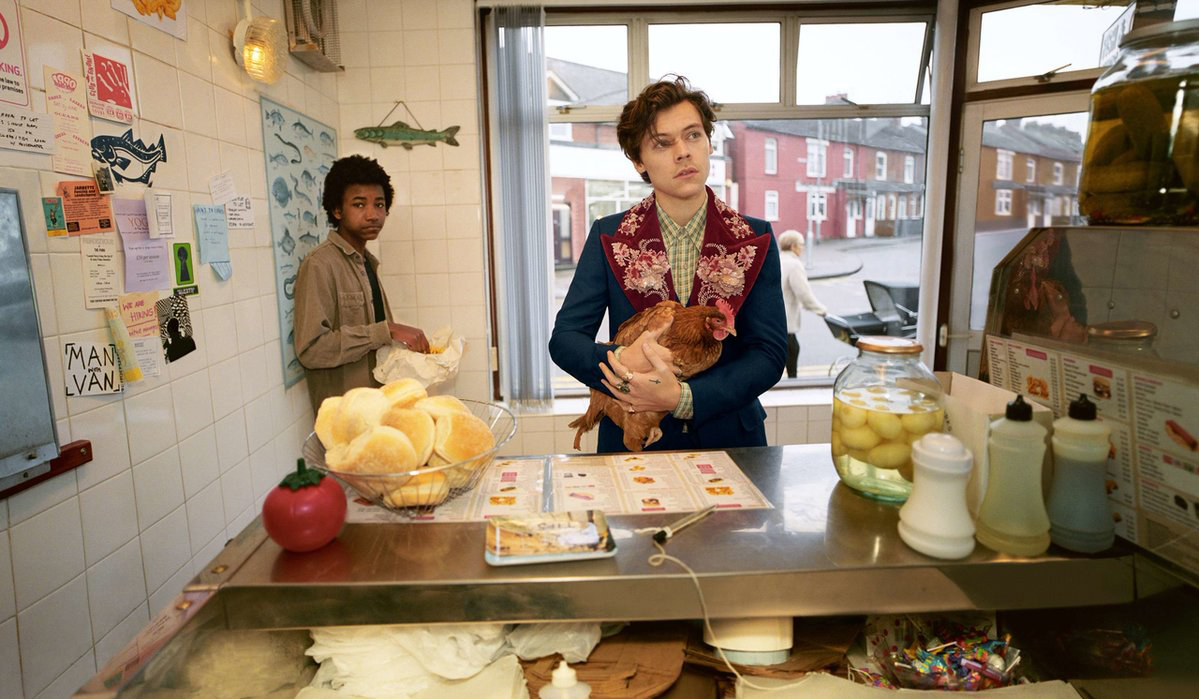 This just in: Inside Kanye’s album drop party, Harry Styles as the new face of Gucci, and more

Style
This just in: Inside Kanye’s album drop party, Harry Styles as the new face of Gucci, and more
Share this article
Next article

“I hate being Bi-Polar/ Its [sic] awesome,” spells Kanye West’s cover for his sizzling new seven-track album, Ye. It pictures a mountainous vista, as the polarising slogan slapped across it takes a jab at swirling debates around West’s mental health. His wife Kim Kardashian reveals he took the shot via phone on the way to his listening party in Wyoming just last weekend, which was attended by a curiously mixed bunch — running the gamut of 2Chainz, Jonah Hill, ardent Trumpian Candace Owens — and of course, had some surprise exclusive merch of its own.

While everyone’s buzzed up, seemingly amnesiac of Kanye’s recent political fallout, Gucci had a hyped week of its own. Earlier in the week, its Cruise 2019 show revelled in the beauty of death with an A-lister-packed front row (amongst them Sir Elton John and ASAP Rocky) before dropping its latest tailoring campaign fronted by its newest face, Harry Styles, who’s a Gucci acolyte himself.

Here, from the brand new hybrid of Louis Vuitton’s beloved Archlight to Jonathan Anderson’s umpteenth experiment with ugly-chic footwear, below is our weekly round-up of everything fashion, as seen on Instagram. At Kanye’s album listening fete, exclusive merch such as hoodies and shirts emblazoned with “Wyoming” in scrawly typefaces was available for its attendees, including Ye and his plus one.

“Bow on our arrival” 2Chainz layered up his Wyoming hoodie for an easy louche-chic one-up. 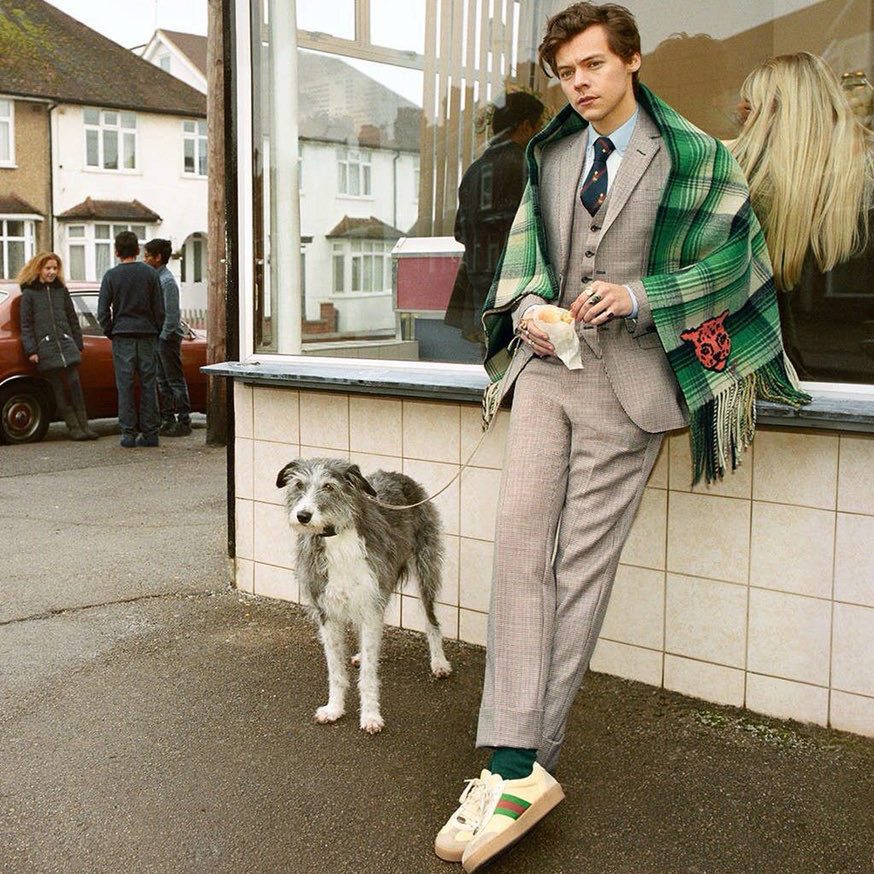 For Gucci’s just-unveiled tailoring campaign, Harry Styles hits up his local fish and chip joint all spruced up in a dapper three-piecer. 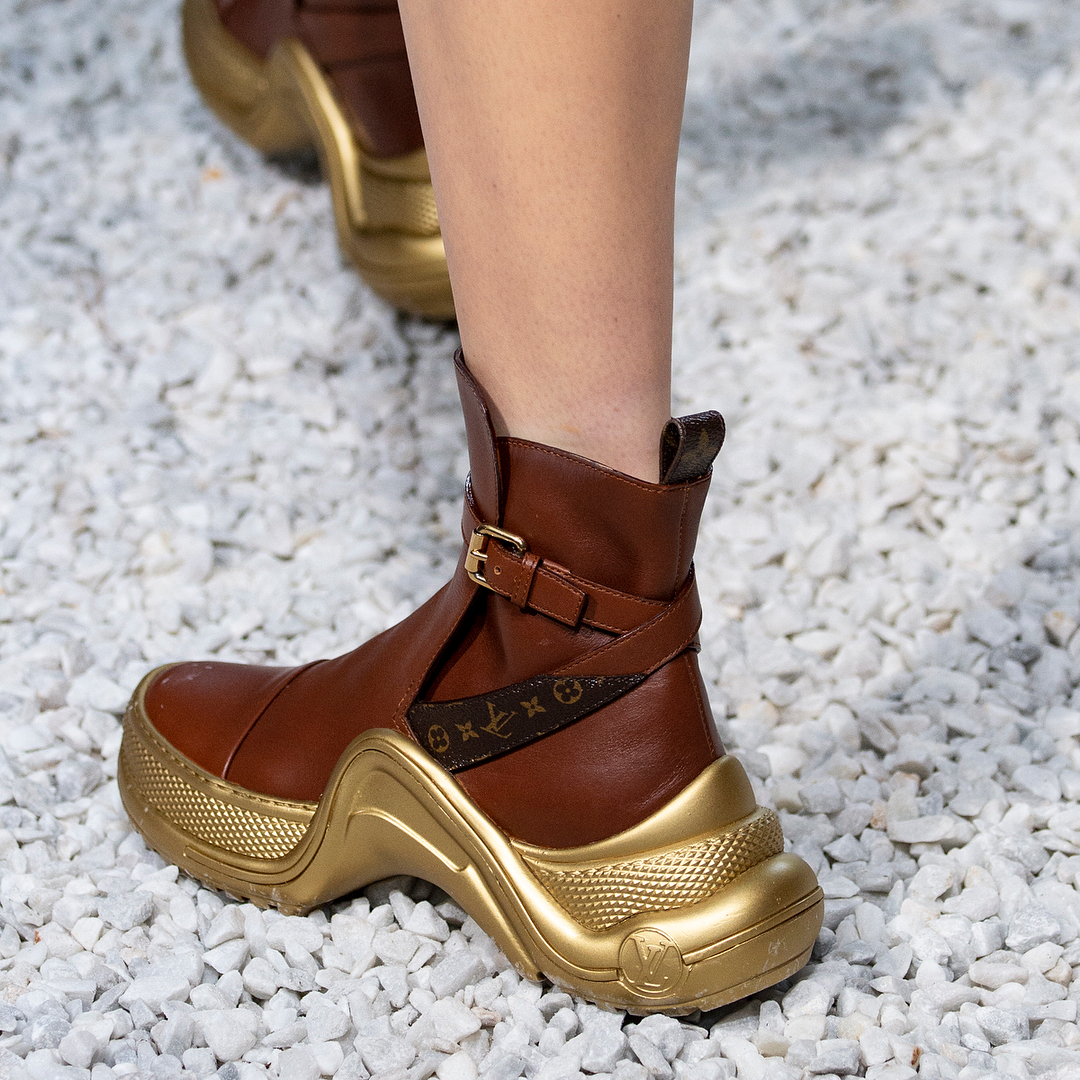 Spotted at Louis Vuitton’s Cruise 2019 show: A new breed of Archlight, a hybrid of its former design.

“#LVCruise 2019 by @NicolasGhesquiere
Zoom in on shoes from the #LouisVuitton Cruise 2019 Collection, presented at the Fondation Maeght in Saint-Paul de Vence, France.
Watch the show replay now at louisvuitton.com.” 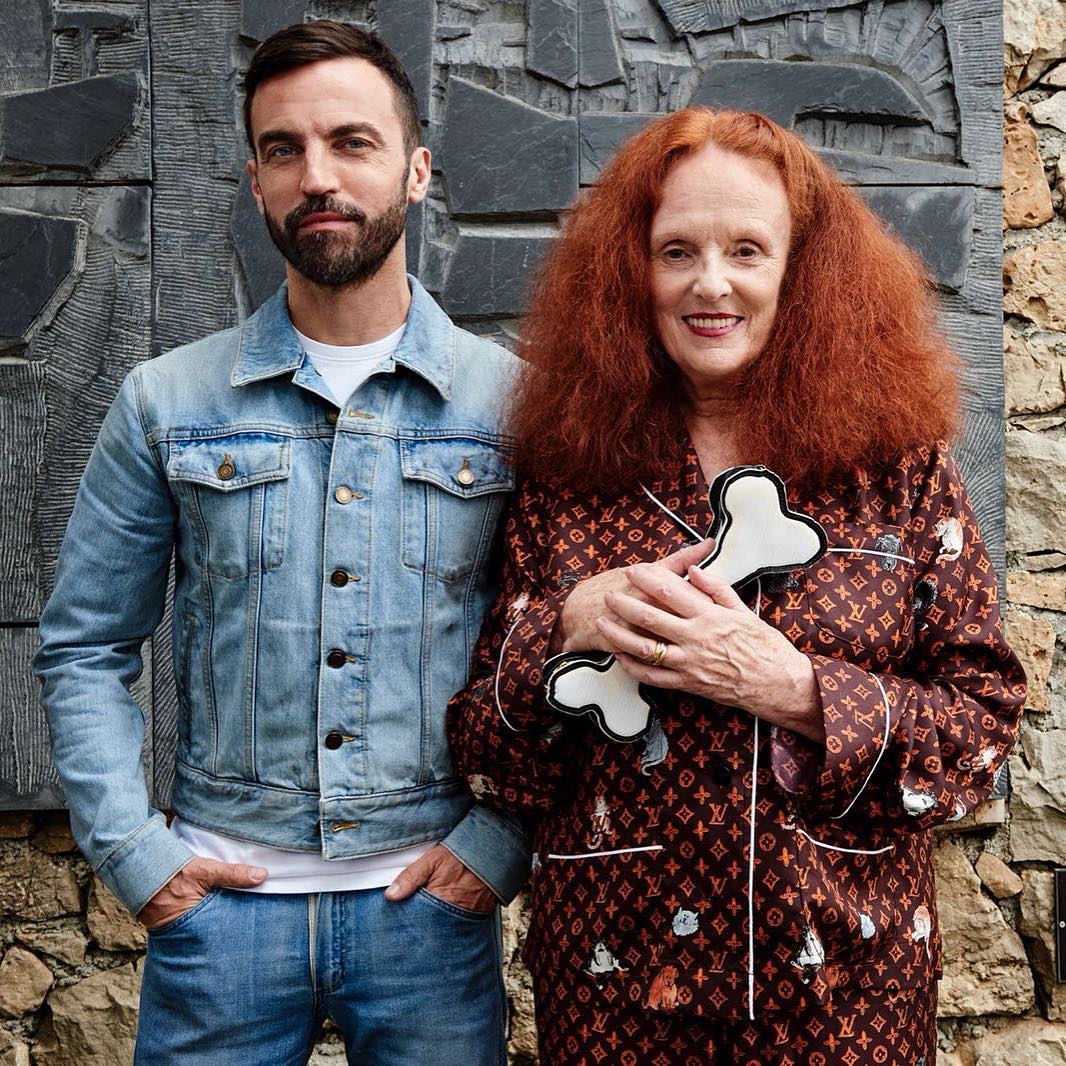 Also for its Cruise 2019 collection, creative director Nicolas Ghesquière roped in former Vogue staffer and fashion icon in her own right Grace Coddington to illustrate a pet-lover edition’s monogram. In tribute to feted American writer and activist David Wohnarowicz, Jonathan Anderson unveils a limited edition line of t-shirts (only 400 pieces for each) bearing his works. All proceeds will be donated to Visual AIDS, the art-centric initiative with an aim to raise awareness of AIDS and HIV. The tees will drop at Casa Loewe Paragon on 6 June. On the topic of Loewe, Anderson stretches the limits of his design penchant for hideous-cool footwear with a preview of Cruise 2019’s zany needlework toe shoes featuring bare toes replete with toe rings and French pedicures. Ahead of their impending debuts at their respective fashion houses, Virgil Abloh of Louis Vuitton and Kim Jones of Dior Homme linked up with Nike for limited World Cup capsule collections.

“Just in time for the World Cup, @virgilabloh and @mrkimjones have revealed soccer collaborations with @Nike. Tap the link in our bio for more on these new clothes for an eclectic community of forward-facing soccer lovers. Photo by @bafic” On the set of Maleficent 2, Angelina Jolie offset her archaic horns with her teeny Matrix shades, proving they’ve yet to exit the trend orbit just yet.