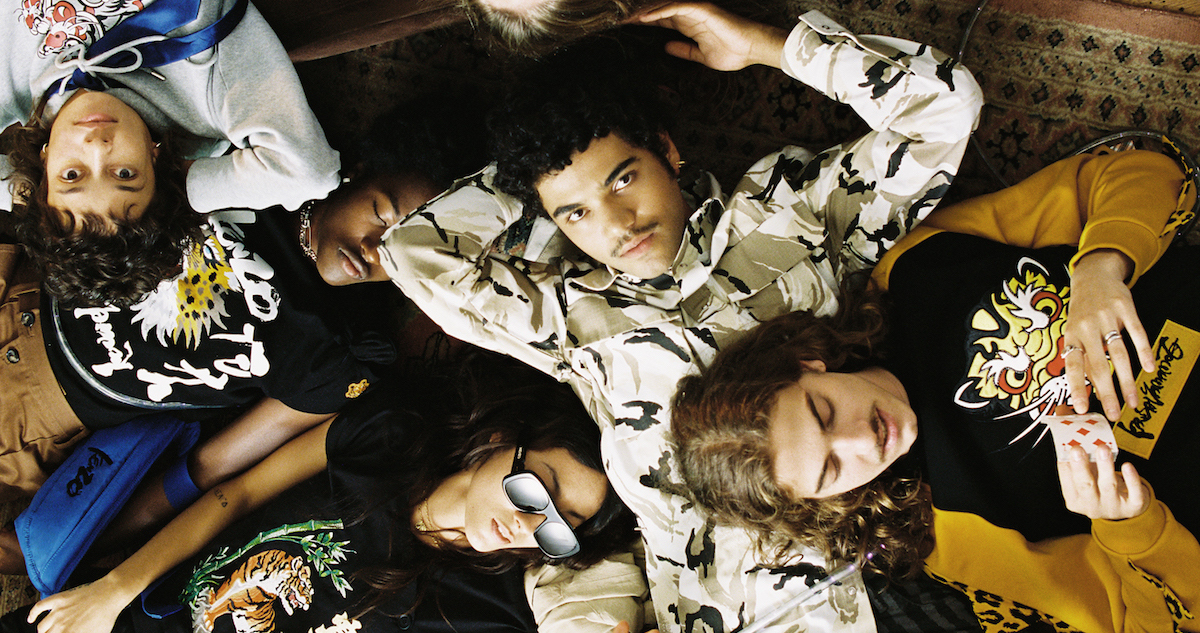 Long before Yohji Yamamoto and Rei Kawakubo arrived in Paris and painted it black, there was another pair of Japanese designers that were shaking up the European fashion scene: Kenzo Takada and Kansai Yamamoto.

They kicked off their legendary careers in different cities at different times — Kenzo made his debut in ’60s Paris, while Kansai had his in ’70s London — but the two shared a lot in common.

Amongst their similarities was an exuberant approach to print, volume and colour; a knack for fusing their Asian heritage with Western culture; and a special connection to music (Kenzo regularly rubbed shoulders with Grace Jones and Mick Jagger at the iconic Studio 54 disco, where he once staged a fashion show, while Kansai’s tour costumes for David Bowie helped define the look of glam rock.)

Another parallel, albeit more grim: the two lost their lives this year. That’s why a new capsule collection from Kenzo, the brand, dedicated to both designers feels especially significant.

It was creative director Felipe Oliveira Baptista’s idea to bring the two together. He met the Japanese designers for the first time shortly after his Kenzo debut in July last year. After receiving their blessings, Baptista went to work on the KENZO x KANSAIYAMAMOTO collection.

He married the motifs and artworks from Kansai’s archives with the vibrant prints of Kenzo — a combination that worked well given both designers’ obsessions with animalia and Japanese iconography.

You’ll find the striking results splashed across a range of casual styles, such as cut-off tees, jeans, sweatshirts, hoodies and jackets that can be worn by both men and women. (Kenzo and Kansai had often defied gender norms in their designs.) There’s also an array of everyday accessories, such as card cases, pouches, belt bags, totes and bucket hats.

“Both Kenzo and Kansai believe in comfort and clothes that were easy to move in,” said Baptista. “Both believed that fashion should talk to everyone.”

That concept is portrayed in the KENZO x KANSAIYAMAMOTO campaign, which follows a group of real-life friends, clad in pieces from the collection, hanging out and having fun around Paris. A “true celebration of life,” as Baptista calls it.

“What really started me on this [collection] was [Kenzo’s and Kansai’s] common burst of joy, intuition and freedom,” he revealed. “I believe this is probably how they would have liked to be remembered.”

You can get your hands on Baptista’s touching tribute from 14 December, when the KENZO x KANSAIYAMAMOTO collection will be available at Kenzo stores and on kenzo.com. Until then, you can jam to a specially curated playlist for the collection on Spotify.