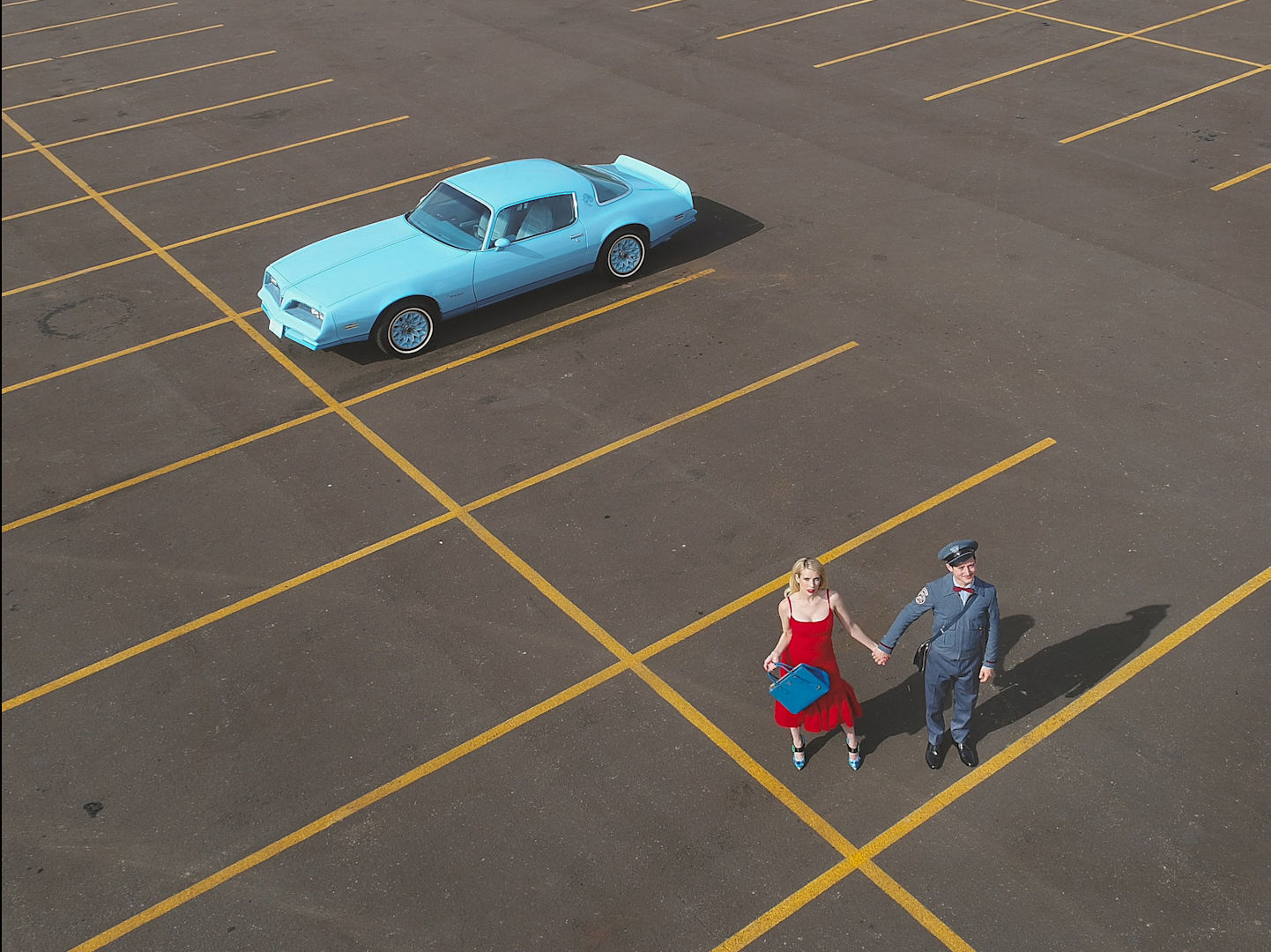 The last month of the year is upon us. And just like how The Weeknd’s second most popular track of the year goes, we feel it coming. The festive cheer, that is. We’re not the only ones. Prada just released a series of short films starring the likes of Elijah Wood and Emma Roberts to mark the gifting season. Macklemore and his mini-me probably went to the thrift shop for their leopard print and popped collars. While Kim Kardashian West tapped into the holiday’s family spirit the best way she could: Debuting Yeezy’s unreleased Season 6 garments as part of her wardrobe.

Throughout Spring 2018 fashion shows this September, no one knew for sure if and when Yeezy’s Season 6 showcase was taking place. Based on Kanye West’s notorious history, it could be shown practically anywhere — on a sun-blazed island, in Madison Square Garden — with the possibilities of invitations coming in at the last minute. Rumours of the show surfaced, but Yeezy Season 6 never did. Until it popped up without warning on who else, but Mrs West’s Instagram account.

From Marc Jacobs’ surprising bootleg collaboration to Rihanna’s road-naming attire, here are all the ’Grams you shouldn’t miss. 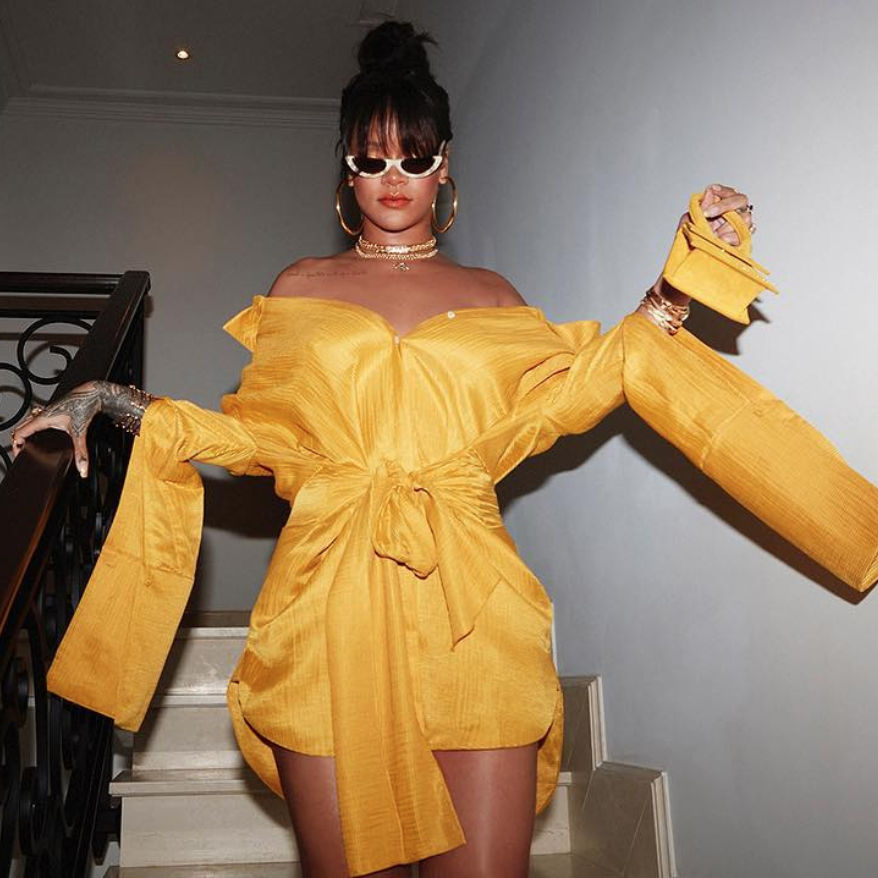 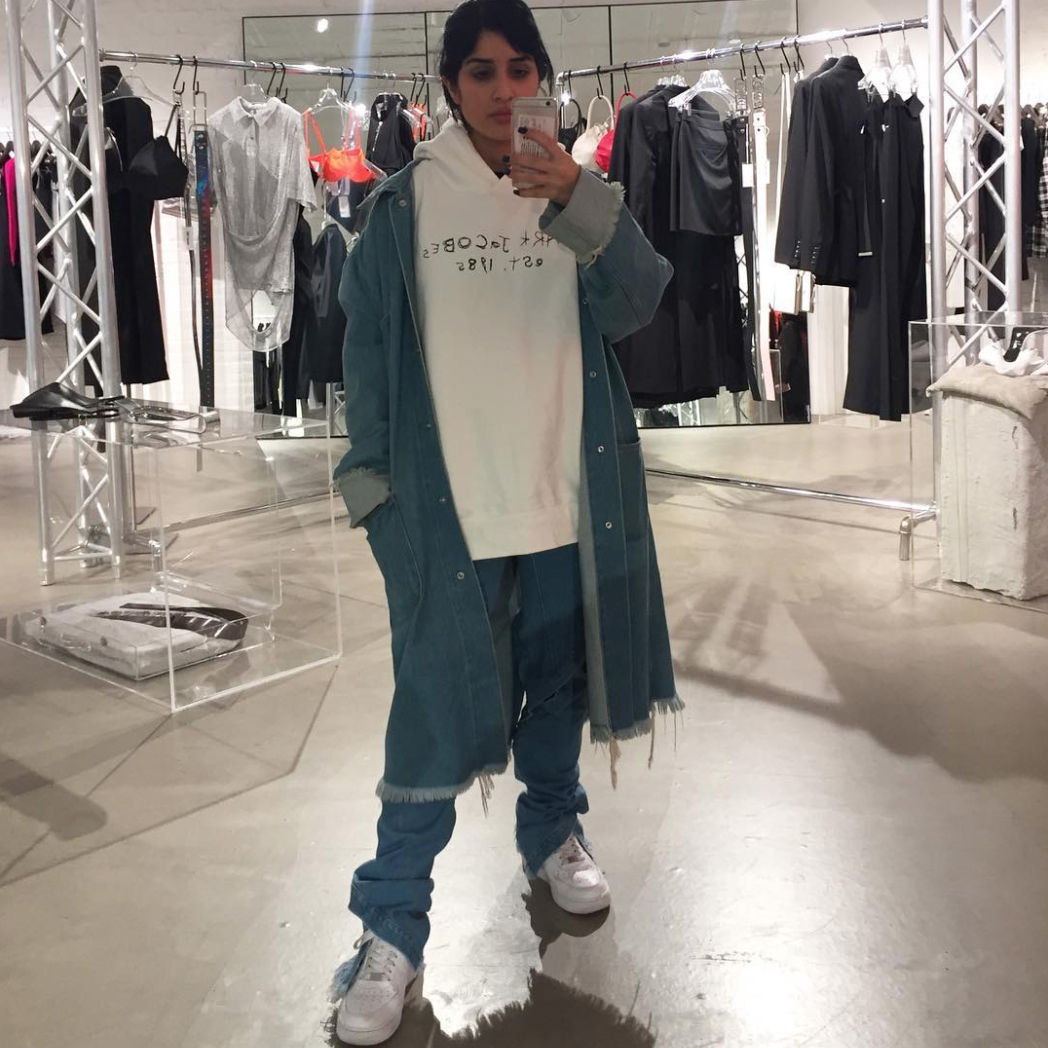 Bootleg artist Ava Nirui joined forces with Marc Jacobs to design, in her own words, a “real bootleg” hoodie spelling out “Mark Jacobes est. 1985”. Get yours online.

“live in this die in this” 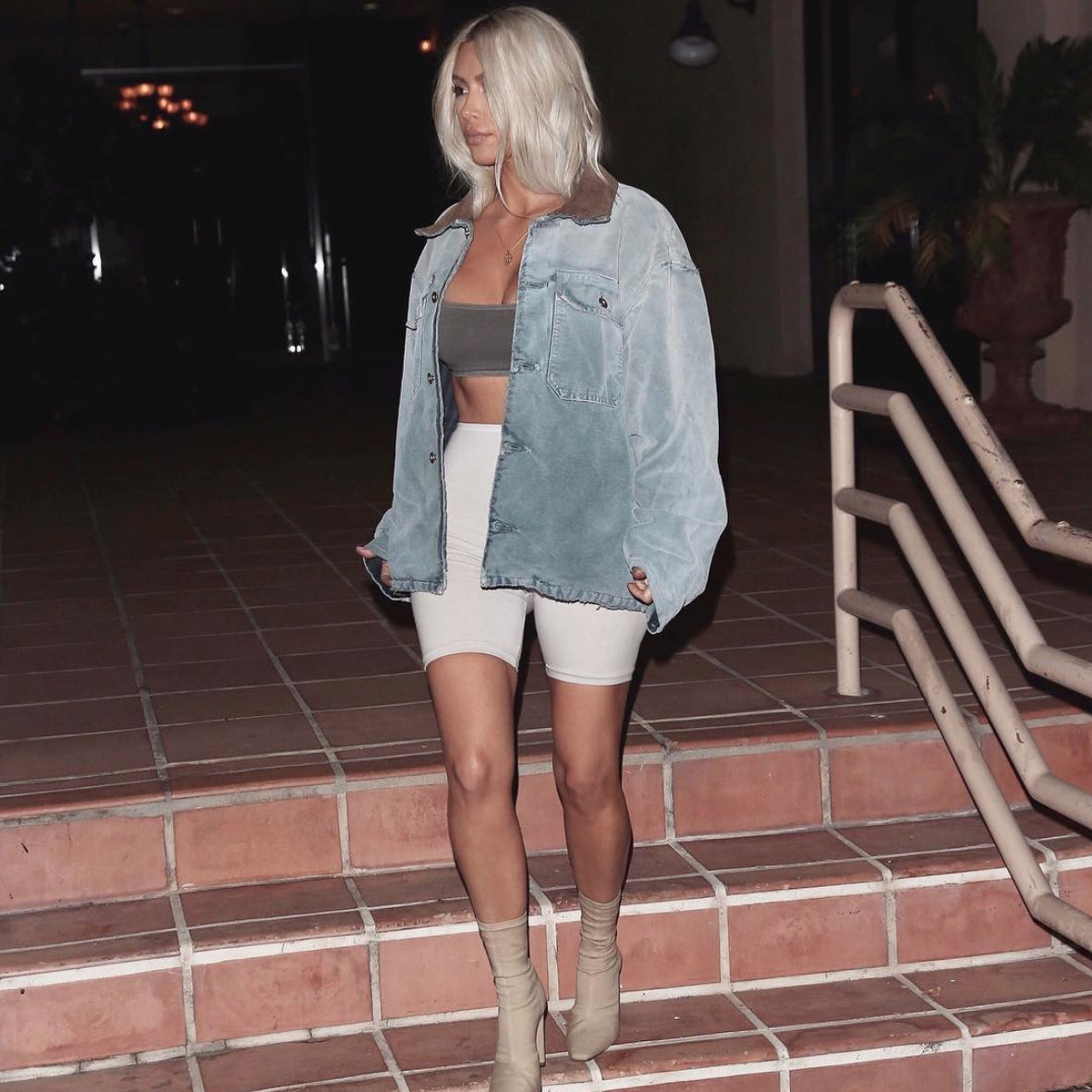 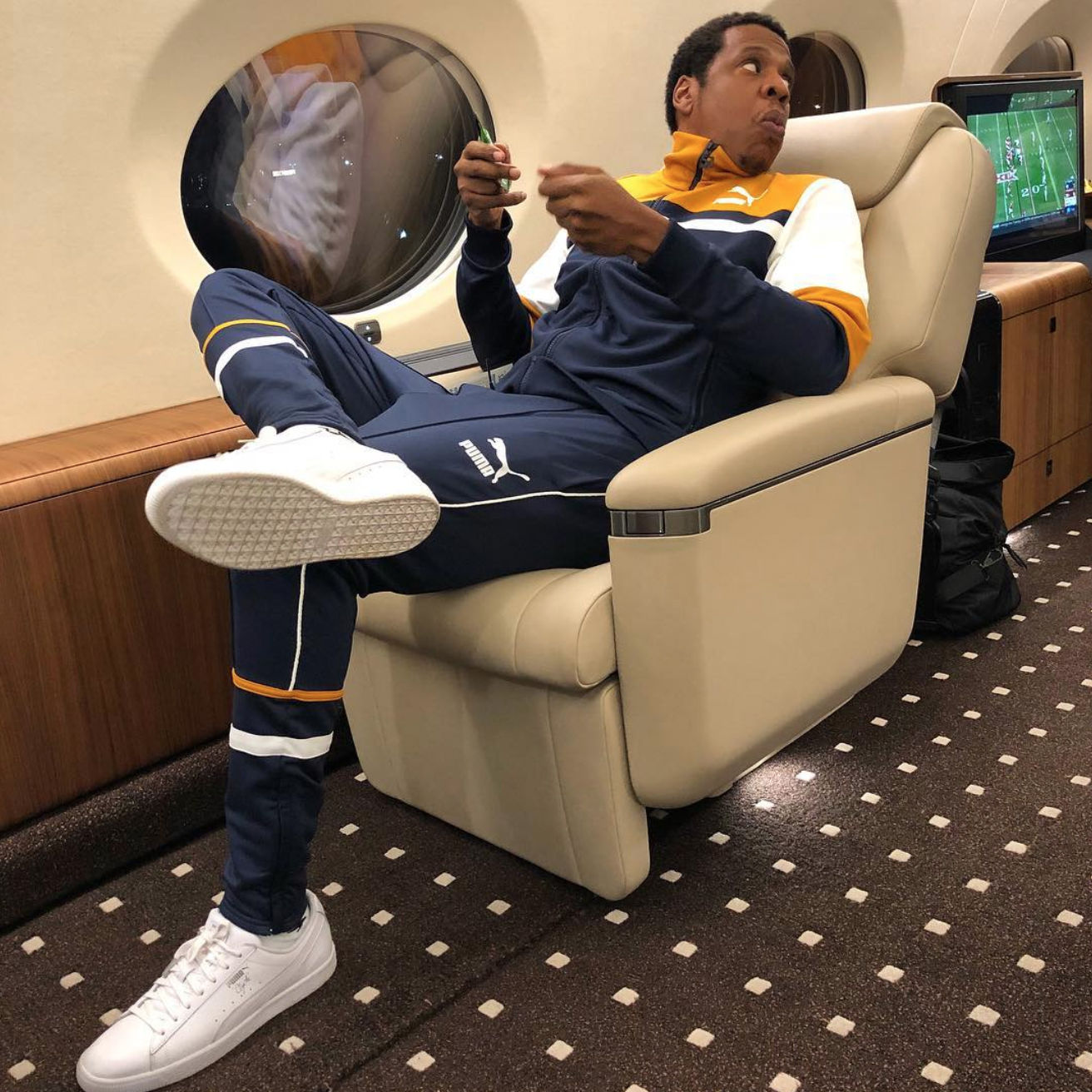 Speaking of spousal affection display, Beyoncé took a snap of Jay-Z on a private jet looking laid-back and louche-cool in his Puma tracksuit. 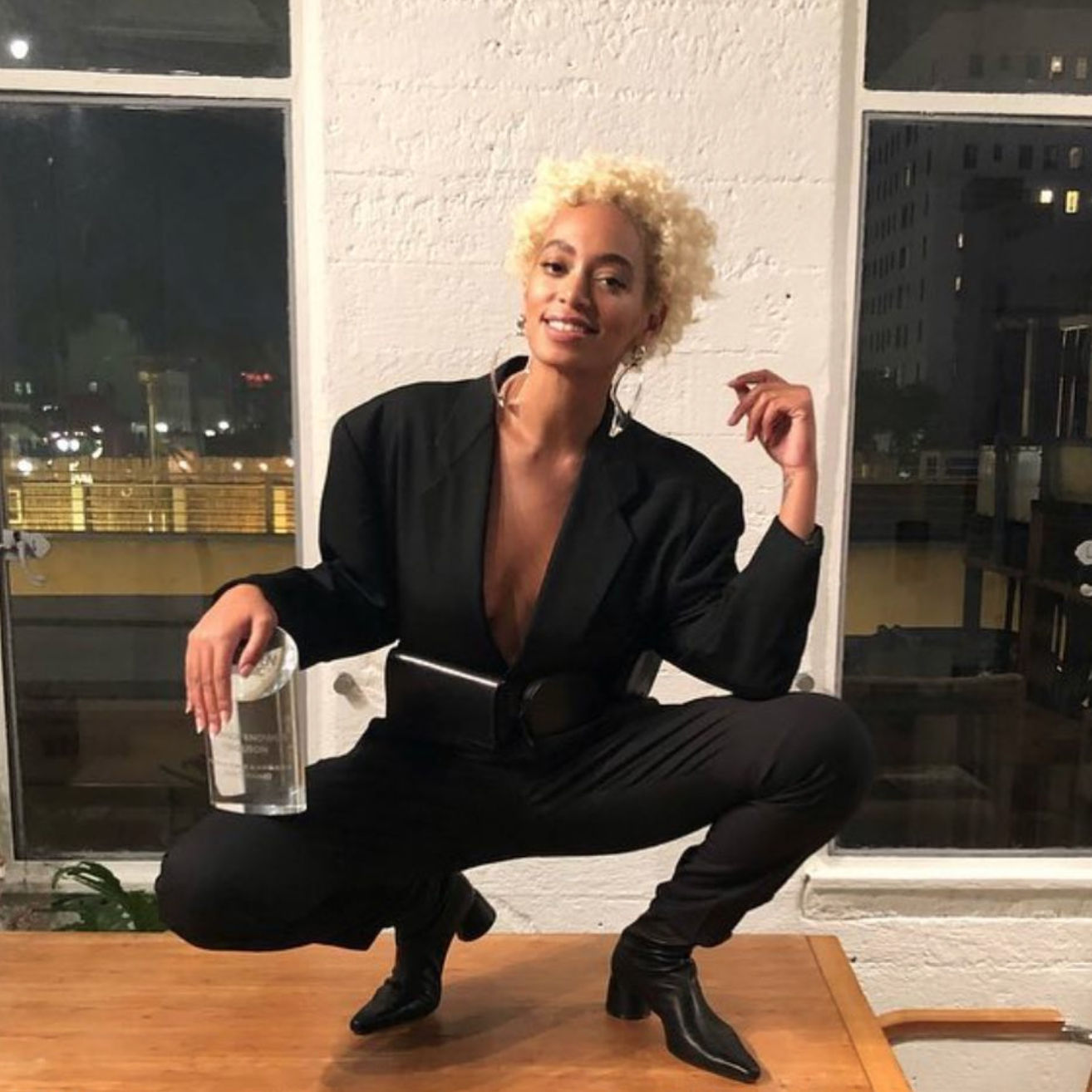 Elsewhere, sister Solange Knowles was also having a stellar week, as she won Billboard Women in Music’s Impact Award while serving her sartorial A-game, too. 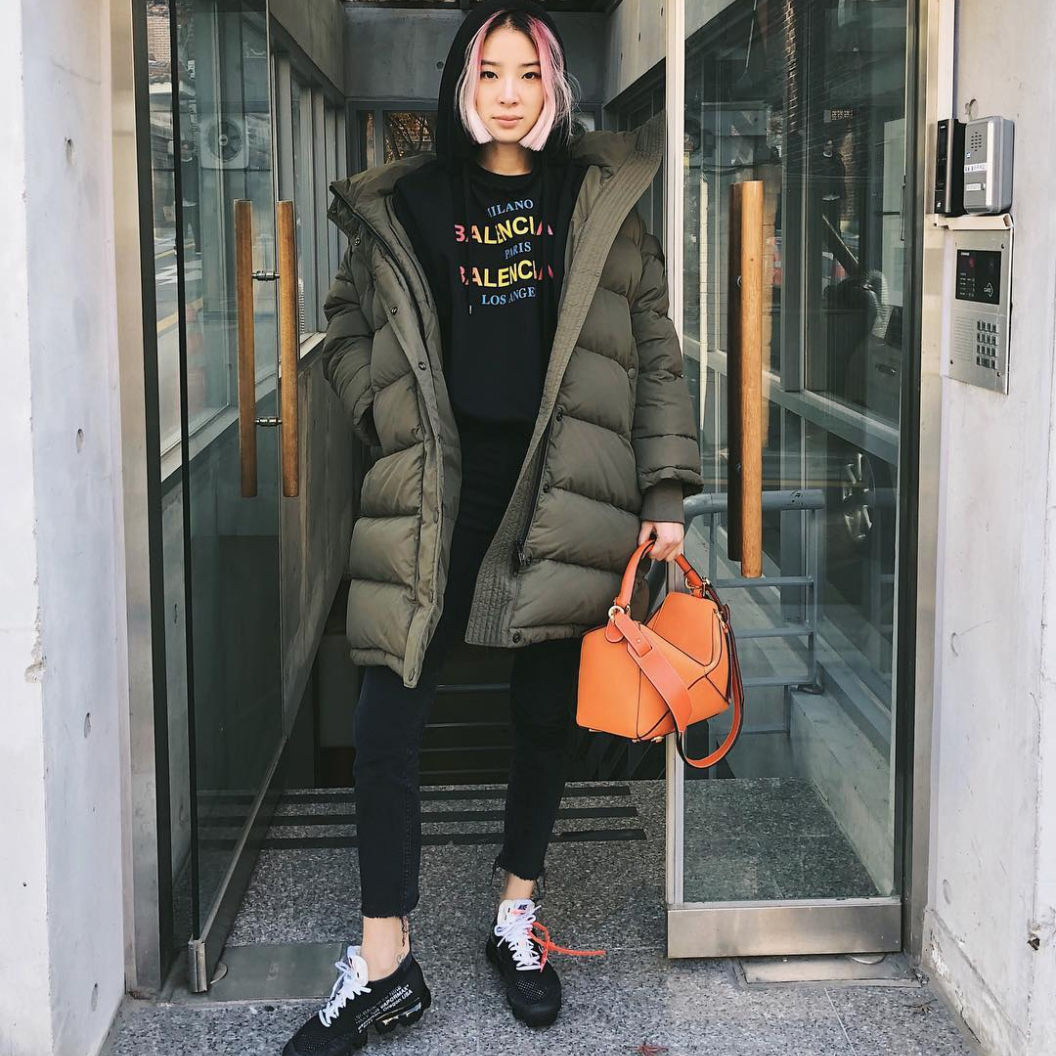 As the temperature goes down in Seoul, model Irene Kim layered up in all the season’s hottest trends: Puffer jacket, Balenciaga hoodie, and Off-White x Nike’s Air VaporMax kicks. 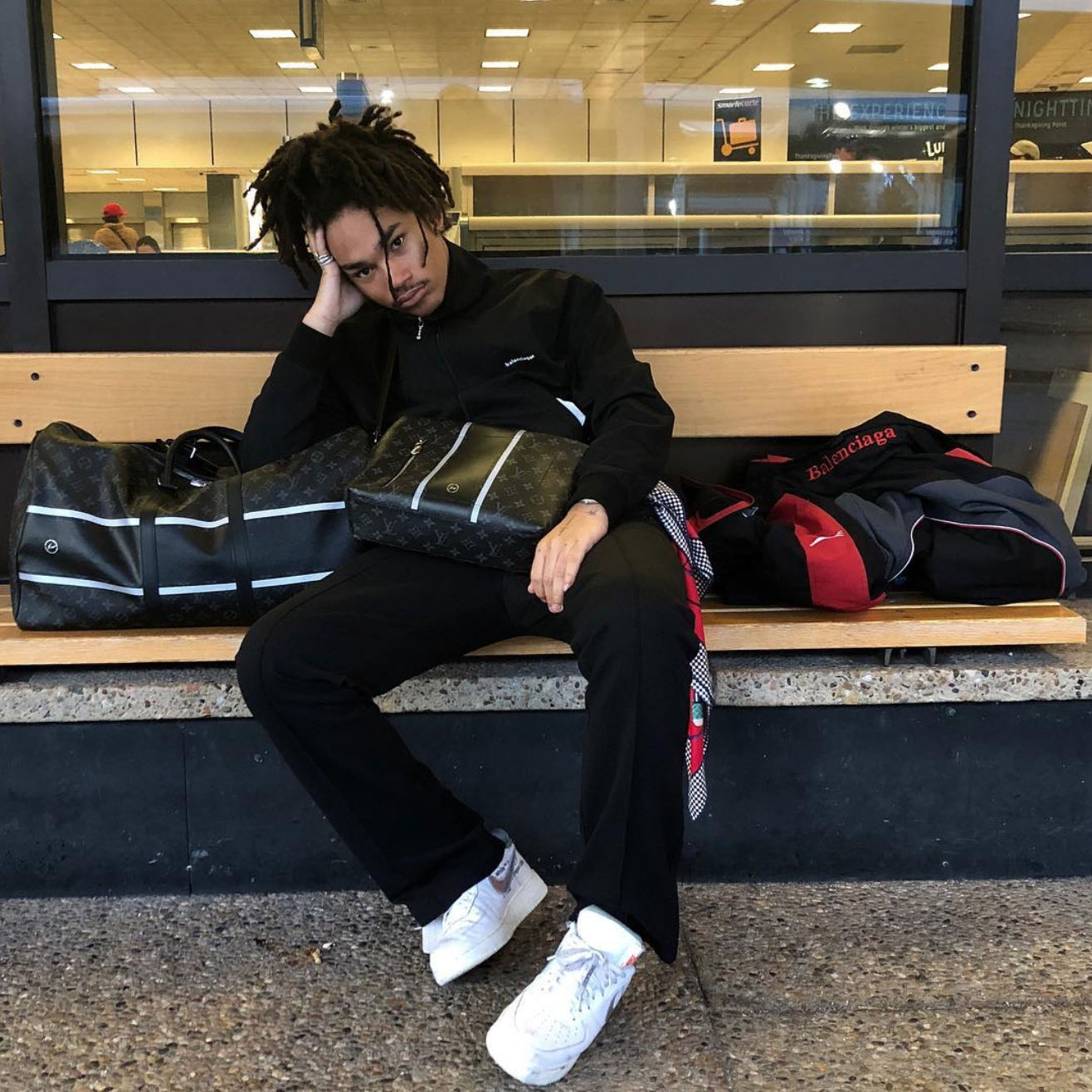 In Utah’s capital for his birthday weekend, Luka Sabbat brought his logomania tendencies in tow.

“Stuck in Salt Lake City for my birthday #great” 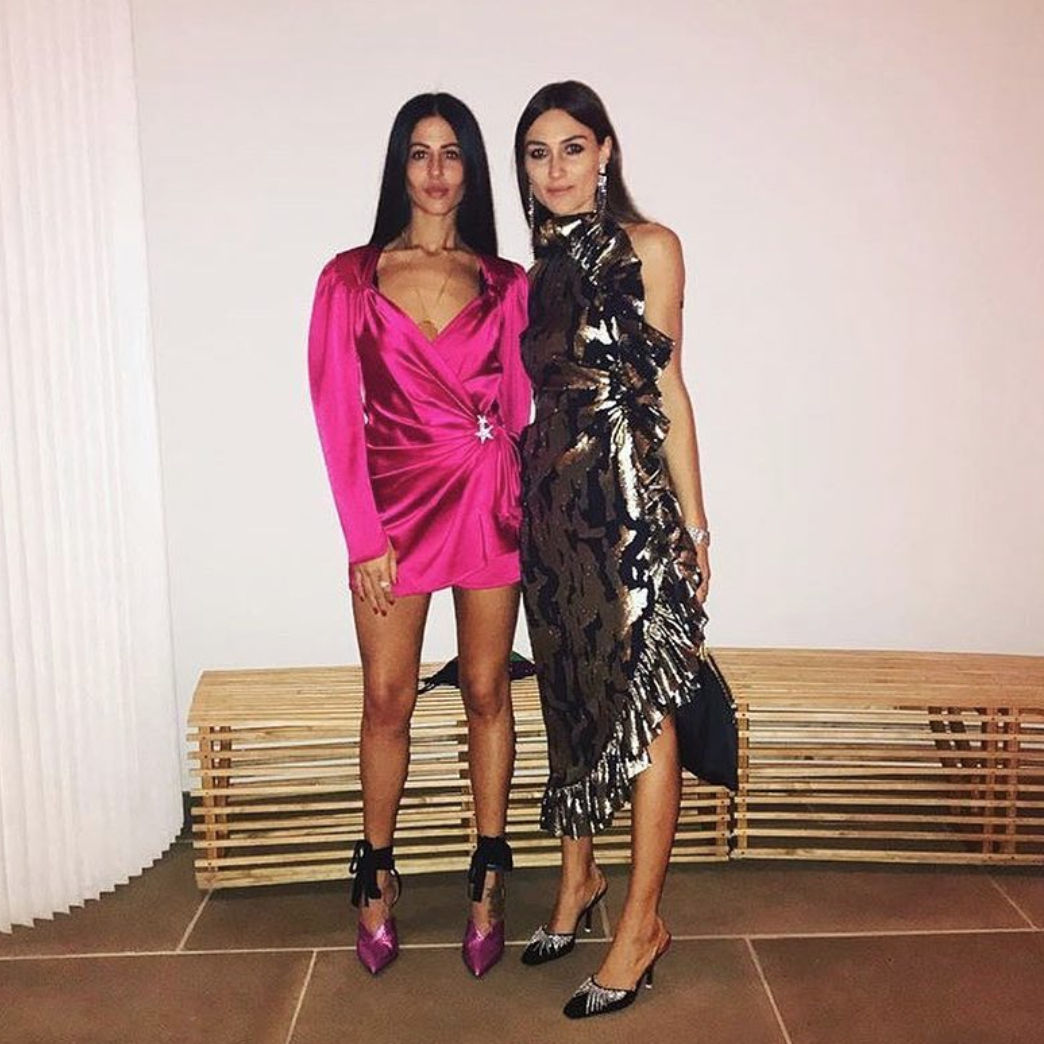 Dubbed as Launch of the Year, 2017 has been Milanese label The Attico’s year, for sure. The creative minds behind it, Gilda Ambrosio and Giorgia Tordini, celebrated in the brand’s fete-snazzy pieces.

“Probably one of the most special nights of my life! Thank you @footwearnews @michael_atmore for the award ‘Launch of the Year’. We are truly honoured and humbled to receive such recognition with @the_attico. Thank you everyone who believed in us and helped this project taking shape and grow. So grateful! Thank you for who came last night to support, all the Attico ladies sitting at our table and my boyfriend @tobiasnathan for being always on my side. Last but not least thankful to have @gildaambrosio as a partner, we are the best team! ????” 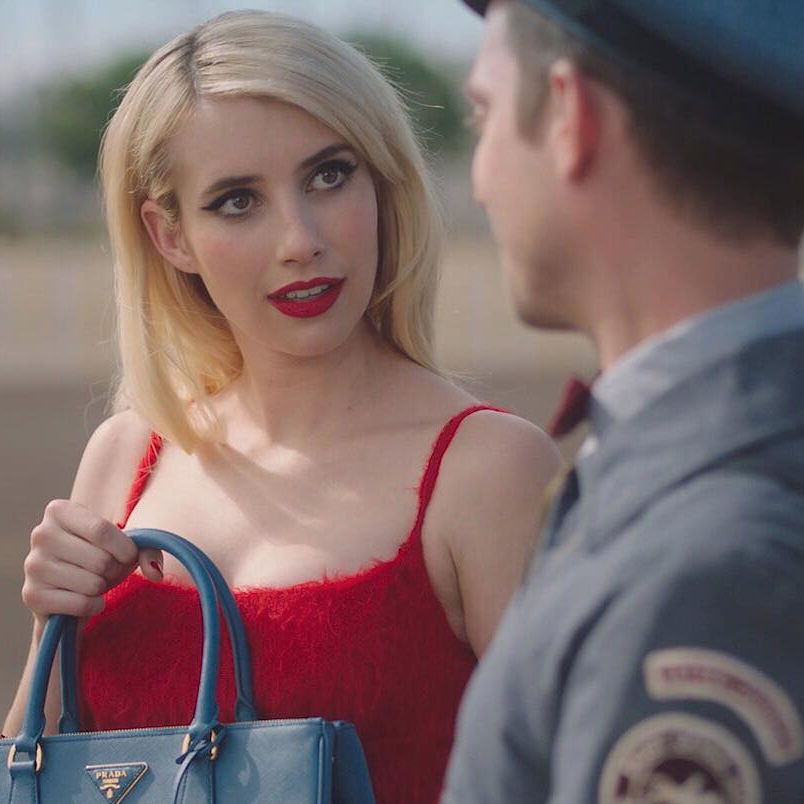 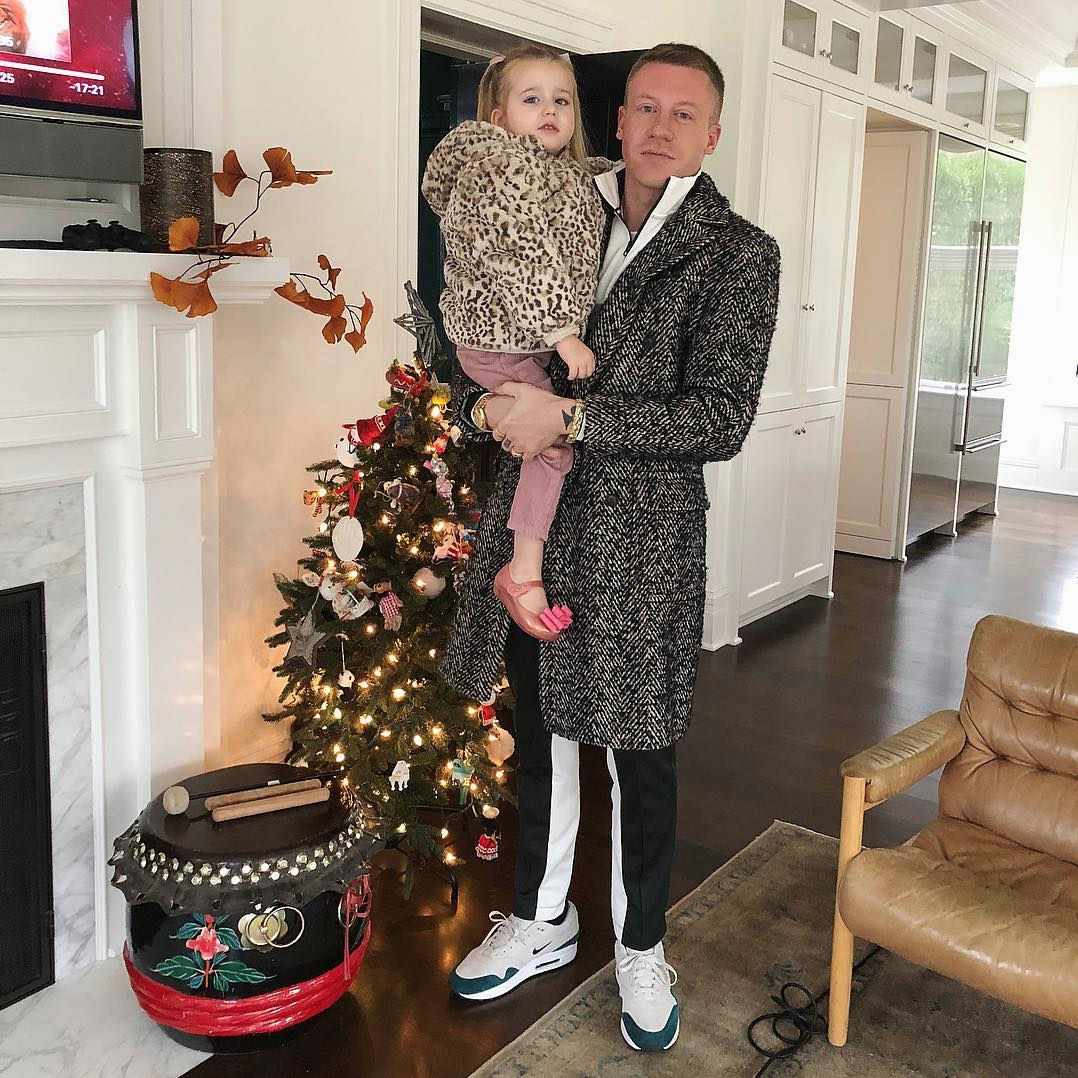 Sporting leopard prints and popped collars, Macklemore and his pint-sized bae were decked in their thrift shop best.